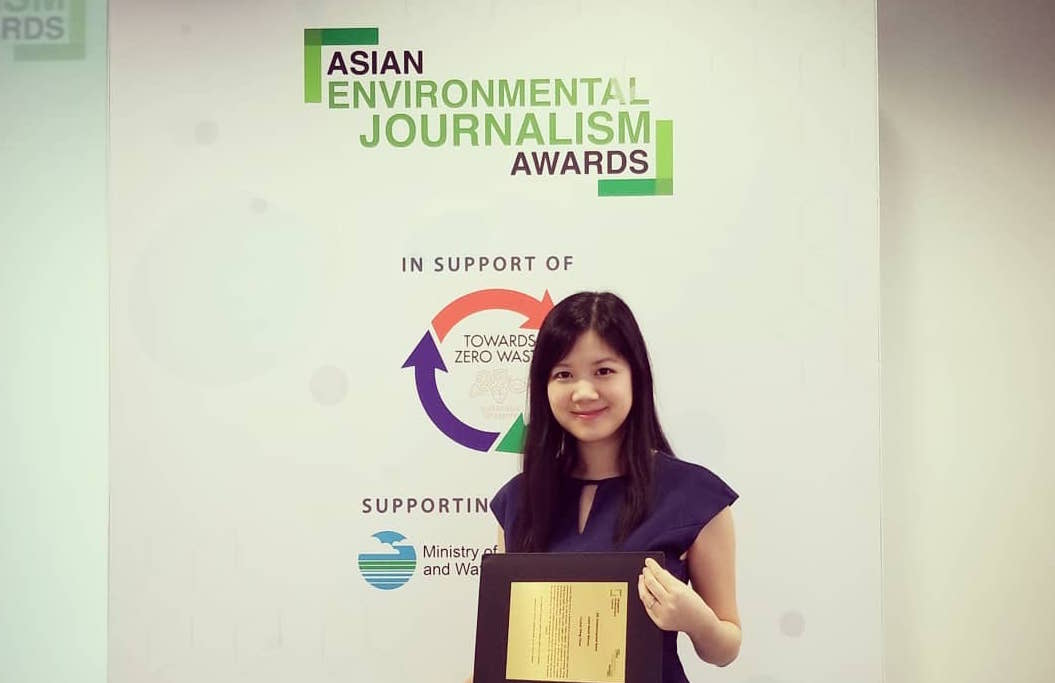 An indepth Oxpeckers investigation into “How SA’s abalone ends up on China’s plates” was fêted at the sought-after Asian Environmental Journalism Awards on Wednesday, March 20 2019.

Crystal Ching Chow’s transnational investigation focused on how the race over the most sought-after delicacy in Asia embodies the developmental dilemma in post-apartheid South Africa.

The investigation won an Environment Story Merit Award at a ceremony hosted by the Singapore Environment Council. “Crystal Ching Chow is a dedicated environmental journalist and climate communicator in the Greater China region,” said the judges. “One of her professional focuses is to shine light on perspectives from the developing world in Chinese-language media.”

This is the third Asian media award won by Oxpeckers for work in collaboration with journalists in the region. In 2016 Shi Yi, a Chinese journalist and Oxpeckers associate who exposed wildlife trafficking routes from Namibia to Asia, won the coveted Journalist of the Year Award at the China Environmental Press Awards.

Hongqiao Liu, another Oxpeckers associate who travelled to South Africa for three months to investigate wildlife trafficking routes, won a Merit Award in the Asian Environmental Awards in 2014.

Oxpeckers has collaborated with Asian journalists on a broad range of investigations since 2013, when the unit launched the Chinese Environmental Journalism Project. The project assists and mentors journalists, during embedded fellowships, in their reportage on major environmental stories for their home media.

“When we read, see or hear good reporting about green issues, it not only informs us, it also motivates us to take action. Environmental journalism brings global trends and issues to the public’s attention and makes them relevant to the average person,” she said.

• Find our dossier of investigations into Chinese smuggling links here.