No mining at Mabola for ‘the foreseeable future’ 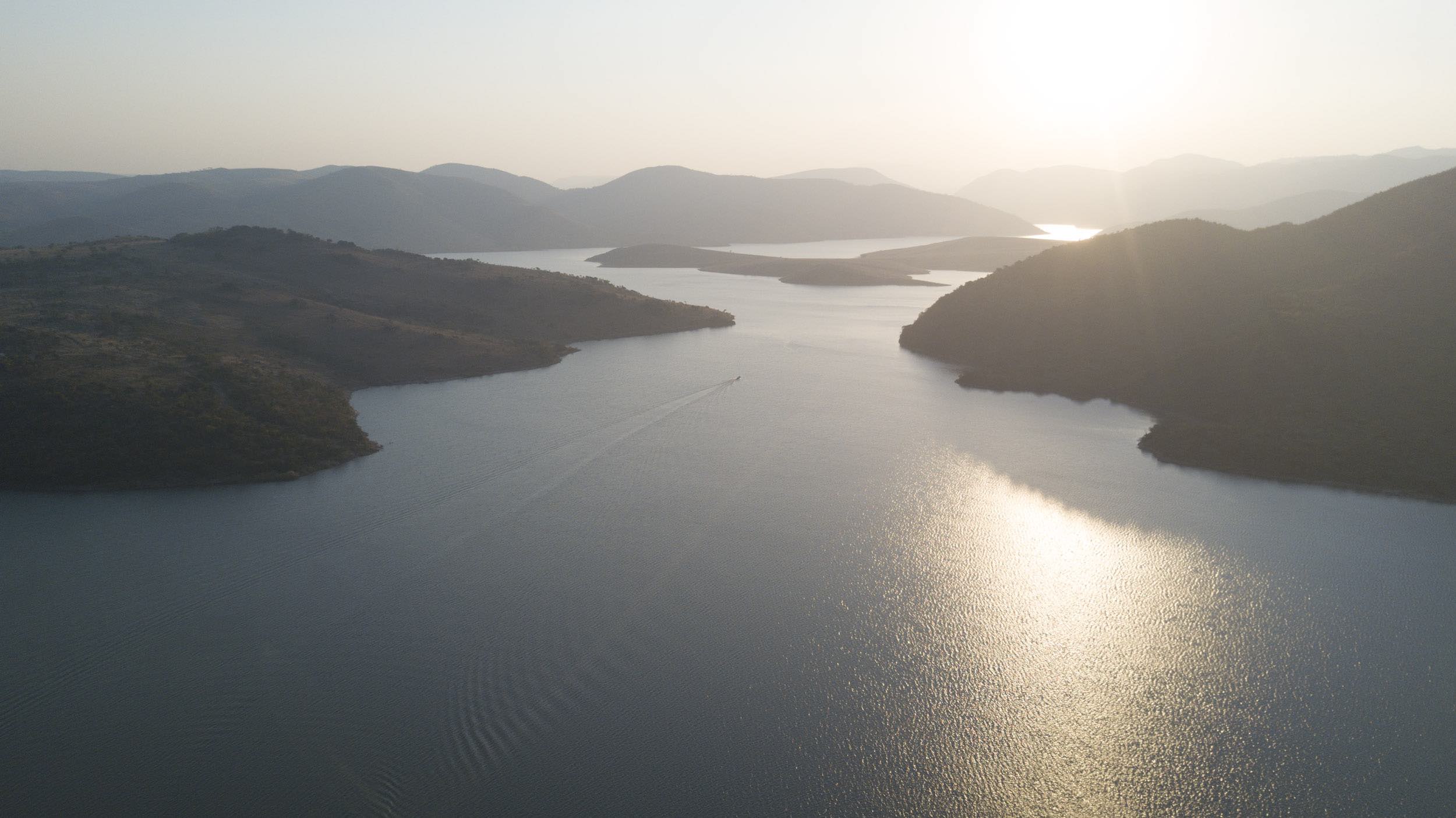 30 Jun No mining at Mabola for ‘the foreseeable future’

Mining at the Mabola protected water zone is on hold – for now. The status of the mining right is unclear after court action by civil society groups, reports Mark Olalde 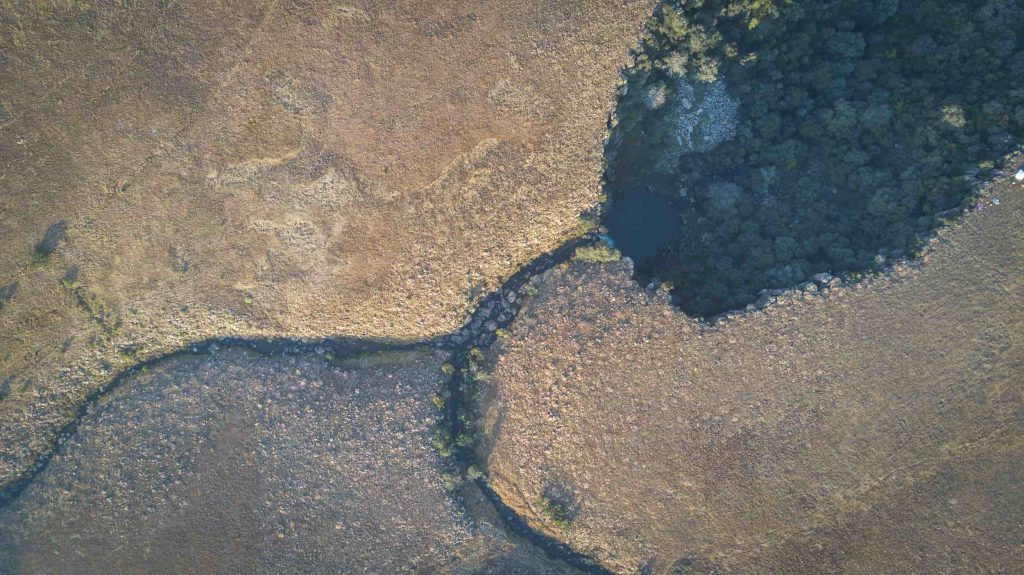 Bird’s-eye view of the headwaters of the Pongola river. The Pongola is one of four major river systems that originate in the protected area

Atha-Africa Ventures, the Indian company at the centre of a high-stakes battle over mining in protected areas, says it is far from ready to break new ground at the contested Mabola Protected Environment in Mpumalanga.

In papers before the Pretoria High Court, Atha-Africa said it had submitted a request to the Department of Mineral Resources (DMR) to postpone the deadline to begin mining for a year. The papers were filed in response to an urgent application by civil society groups asking the court to keep Atha-Africa from mining until all challenges to its licences ran their course.

The civil society coalition, represented by the Centre for Environmental Rights (CER), pointed out that Atha-Africa’s mining right required it to start mining by June 28 2017, within one year after its environmental management programme had been approved. Two days after the coalition launched interdict proceedings, Atha-Africa applied to the minister of mineral resources for an extension of this deadline.

Responding to the outcome of the court action, the mining company’s senior vice-president, Praveer Tripathi, said mining was not imminent. “Currently, Atha-Africa Ventures awaits pre-construction and commencement approvals from various departments, and thus cannot give a timeframe for the start of mining,” he said.

In his answering affidavit he said, due to several permits still being finalised, “Atha-Africa cannot commence mining… within the foreseeable future”.

DMR spokesperson Solomon Phetla told Oxpeckers the postponement request had been received, but no decision had yet been made.

“Atha-Africa Ventures requested the minister on June 22 2017 to extend the commencement of mining at the Yzermyn underground coal mine site, however the request is not yet considered or finalised,” he said.

The status of the company’s mining right is now unclear, as it has passed its deadline for breaking ground but is yet to receive an extension.

The urgent application against Atha-Africa was removed from the court roll after an agreement was reached that left both sides claiming victory.

Atha-Africa agreed to provide written notice to the NGO coalition three weeks before starting any mining activities at Mabola and reaffirmed its commitment to following the legally mandated permitting process. 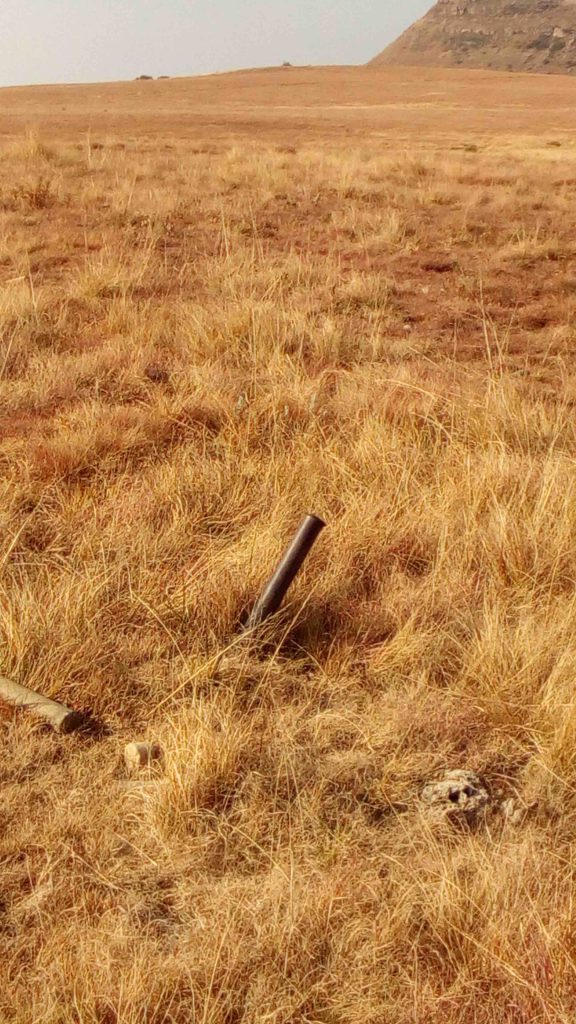 In his founding affidavit for the coalition, groundWork director Bobby Peek said the groups had turned to the court due to a fear that Atha-Africa would attempt to begin mining this week.

“The effect of coal mining in such a strategically important and ecologically sensitive area would be disastrous. It would result in unacceptable water pollution, ecological degradation and damage to the environment,” Peek said.

The coalition of eight NGOs argued in court papers that Atha-Africa is misinterpreting the applicable legislation and that it planned to mine without proper authorisation underneath the 8,772ha protected environment.

Through Russell and Associates – the public relations company that represents numerous mining houses in South Africa – Tripathi sent a statement to Oxpeckers in which he railed against the court application.

“It is not going to succeed in this instance as we are a family business who understand the pressure tactics of the NGOs. While we have no problem in partnering with them to work for the development and betterment of the nation, we are not going to be bullied by a misinformation campaign and outright lies,” he said.

Atha-Africa has been attempting to begin mining at the proposed Yzermyn underground coal mine at Mabola since 2013. It falls within the Enkangala-Drakensberg strategic water source area and the NGO coalition has launched running legal battles against the company, pointing out that the Mabola dispute sets a precedent for other protected environments.

The January 2014 declaration of the area as the Mabola Protected Environment – the source of four major river systems, the Vaal, Pongola, Usutu and Tugela – appeared to put an end to those plans, but the ministers responsible for the environment and minerals since exploited a legal loophole to sign off on mining.

A day before this week’s court proceedings, the Parliamentary Portfolio Committee on Environmental Affairs visited Mabola as part of a tour of environmentally sensitive or polluted sites around Mpumalanga and KwaZulu-Natal. According to a draft schedule, the committee planned to meet with Atha-Africa, a community group, other government representatives and NGOs.

The coalition of NGOs plans to continue litigation at every step of the permitting process. In a statement responding to this week’s settlement, the CER’s programme head for mining, Catherine Horsfield, said the promised three-week notification period would assist this strategy.

“In view of the irreversible damage that would be caused by mining in this important area, the coalition will take all steps necessary to prevent mining from commencing, including further court proceedings,” Horsfield said.

The coalition contends that the mine’s environmental authorisation remains suspended pending an appeal and that the area is zoned improperly. Atha-Africa disputes both these points.

Documents show that the Yzermyn operation has slightly less than R6-million in financial provisions for rehabilitation of the planned mine, guaranteed by Lombard Insurance Company Limited. 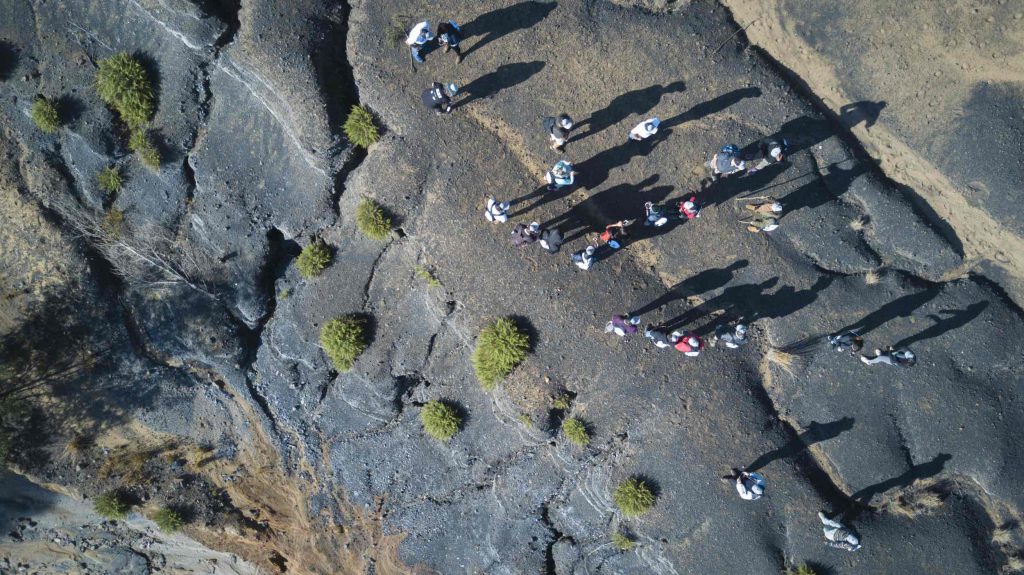 An abandoned mine in nearby Makateeskop. Coal mining in the 1930s left 19 abandoned mines that bleed pollution into the upper Pongola catchment area

The decision by Environment Minister Edna Molewa and Minerals Minister Mosebenzi Zwane to sign off on mining in a protected area set off an outcry when the information spread in February. The Protected Areas Act does not specify that public consultation is necessary in this decision, but opponents of the mine argued that allowing coal mining in Mabola is inherently of public interest.

In 2015 activists cried foul at the speed with which the mine had earned permits. They pointed out that a trustee of a BEE company related to Atha-Africa, named Sizwe Zuma, listed his home as the presidential compound in Pretoria. Tripathi denied any relationship between Sizwe Zuma and the president.

As in many fights over resource extraction, one side argues that the potential negative impacts on the environment outweigh any benefits the mine might bring. Coal mining can generate acid mine drainage, Yzermyn is permitted to use 56,554 cubic metres of water each year from wells and a pollution control dam is planned to be built in a wetland.

Tripathi and Atha-Africa argue the environmental impacts will be mitigated by, among other things, building only a small above-ground footprint and placing it outside the protected area.

Tripathi points to job creation as important for the area, and a protest broke out against the recent WWF-SA Journey of Water trip to Mabola, with protesters demanding jobs. Others present alleged the protest was staged by non-locals.

Tripathi said in his answering affidavit this week an estimated R500-million investment would be required to get the mine running. He previously told Oxpeckers the mine would lead to 500 direct and 2,000 indirect jobs being created in the area.

Mauritz de Bruin is an environmental officer from the Endangered Wildlife Trust who has been embedded in the nearby Wakkerstroom to educate the town about the mine. He said that many poorer residents support the project for its proposed job creation.

“Atha is giving false information and empty promises about jobs. So only the information Atha wants to get through to the community is getting through, and they have turned the situation in such a way that community members feel Atha is for them, while NGOs are trying to hinder their livelihoods,” he said.

Many of the area’s farmers oppose the mine, as they already benefit from the agriculture and tourism that sustain Wakkerstroom and other towns in the region.

“All these organisations [opposing the mine] are deeply committed to job creation and improving the quality of life of local people, but we also know that coal mining has devastated the lives, health and well-being of communities across the Highveld,” Horsfield said. – oxpeckers.org

Find the Mabola licences and authorisations, including the June 28 court order, on #MineAlert here.