Green light for coal mine in strategic water zone 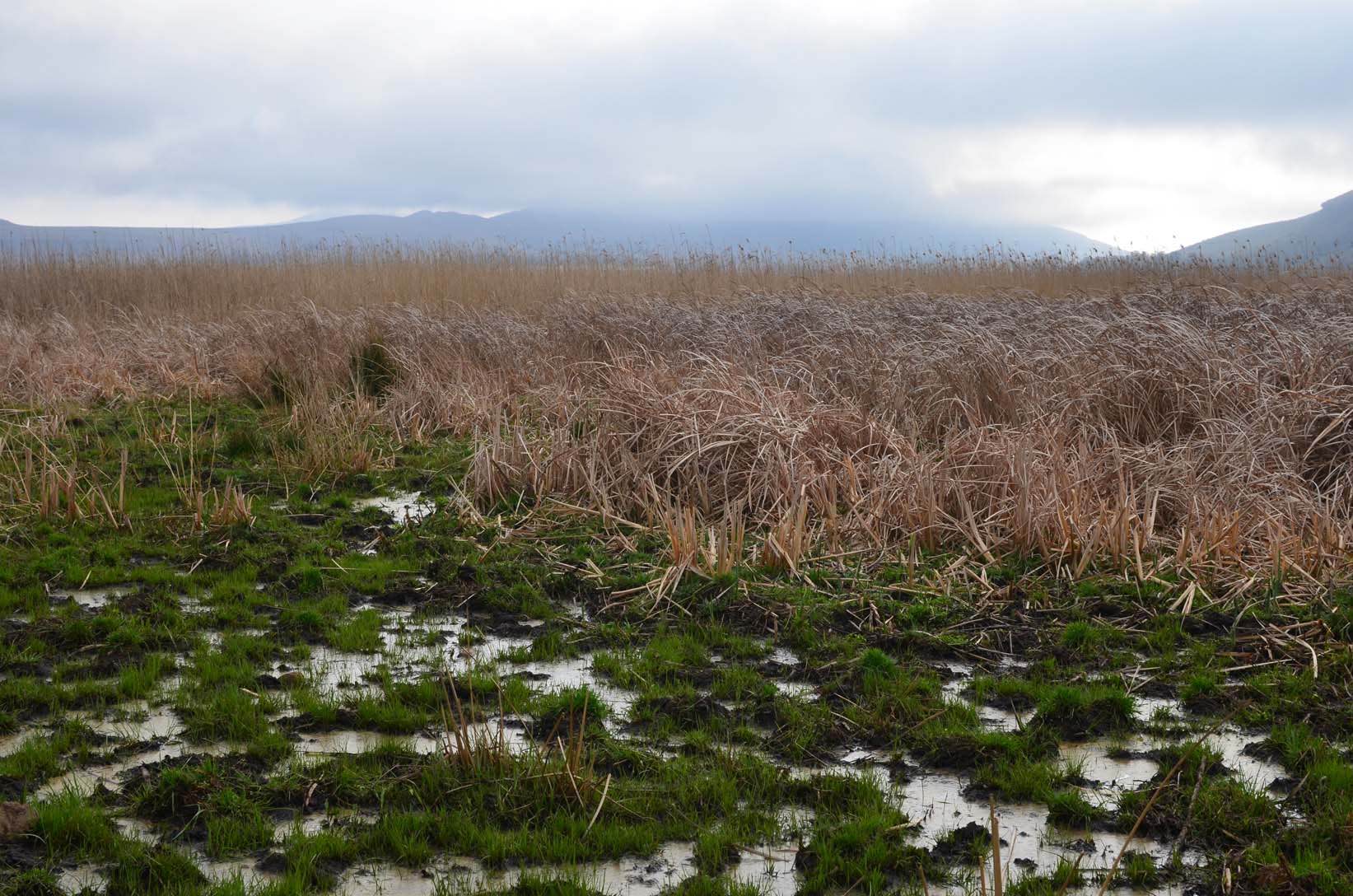 05 Oct Green light for coal mine in strategic water zone

Posted on 5 Oct, 2016 by Oxpeckers Reporters

A controversial underground coal mine in a protected water catchment in Mpumalanga has moved closer to breaking ground after it was granted environmental authorisation and a water use licence. Mark Olalde investigates 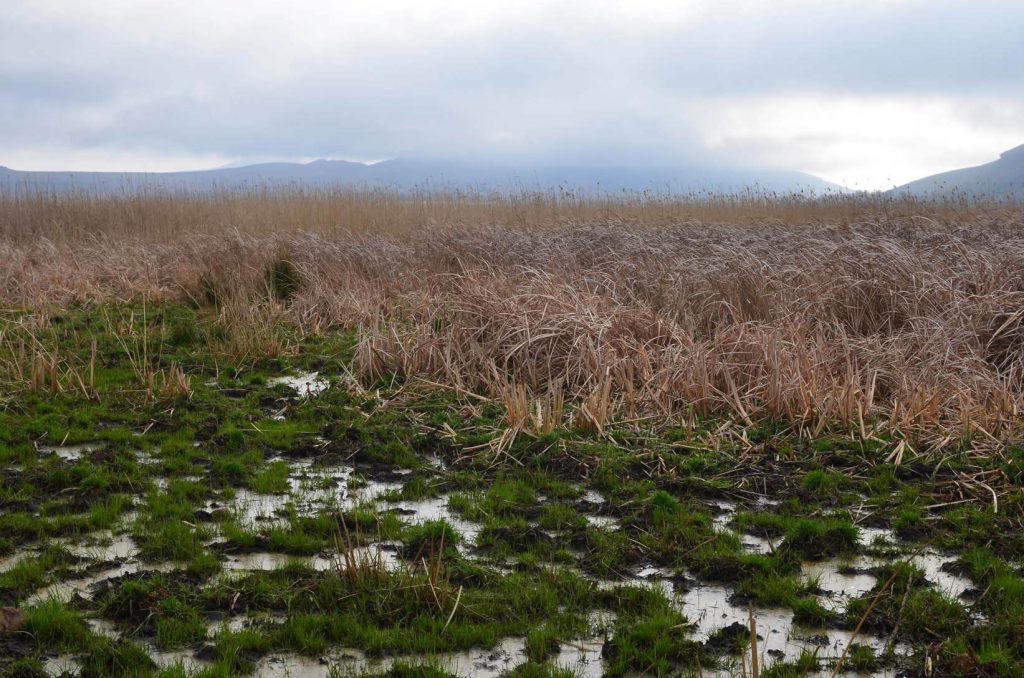 Mabola is one of five important water sources in Mpumalanga that were declared protected environments. Photos: Mark Olalde

The only major regulatory roadblock in the way of Indian company Atha-Africa Ventures’ plans to mine the Mabola protected area is the approval the project needs from the Minister of Environmental Affairs, Edna Molewa.

A coalition of non-governmental organisations has appealed the mining right and environmental authorisation, suspending operations in the meantime.

The battle for Mabola is a test case for laws around prospecting and mining in a protected environment. The mine would fall in a strategic water source that feeds the catchments of the Pongola, Tugela and Vaal Rivers.

Mabola is one of five important water sources in Mpumalanga that were declared protected environments in January 2014 by Pinky Phosa, then provincial MEC for economic development, environment and tourism. Proclaiming a protected area enables government authorities and private landowners to work together to protect ecosystems of high value.

“It’s of incredible importance to South Africa’s water security. Coal mining is probably the most incompatible type of activity that you could allow in that type of environment,” said Melissa Fourie, director of the Centre for Environmental Rights (CER).

A water use licence for Atha-Africa’s Yzermyn mine in Mabola was granted by the Department of Water and Sanitation in July. This gives the mine the go-ahead to use 56,554 cubic metres of water a year from local wells, and also allows for dewatering the mining void and pumping some treated effluent directly into wetlands.

According to the provincial environmental authorisation, the mine’s surface infrastructure will have a direct impact on 12.1 hectares of wetlands and includes a pollution control dam that will be built on a wetland.

In August eight concerned NGOs led by the CER appealed the granting of the environmental authorisation on the grounds that neither the authorisation, nor the environmental impact assessment on which it was based, accounted for all the potential impacts of the mine. A response has been filed, and the CER is preparing a counter-response.

The same coalition also appealed against the mining right granted by the minister of mineral resources, stating that mining should not be allowed in sensitive wetlands. A supplementary affidavit was filed in early August, and Fourie said she expects to be back in court in the first quarter of 2017.

Fourie said the coalition is preparing further appeals against the water use licence and environmental management plan as well. 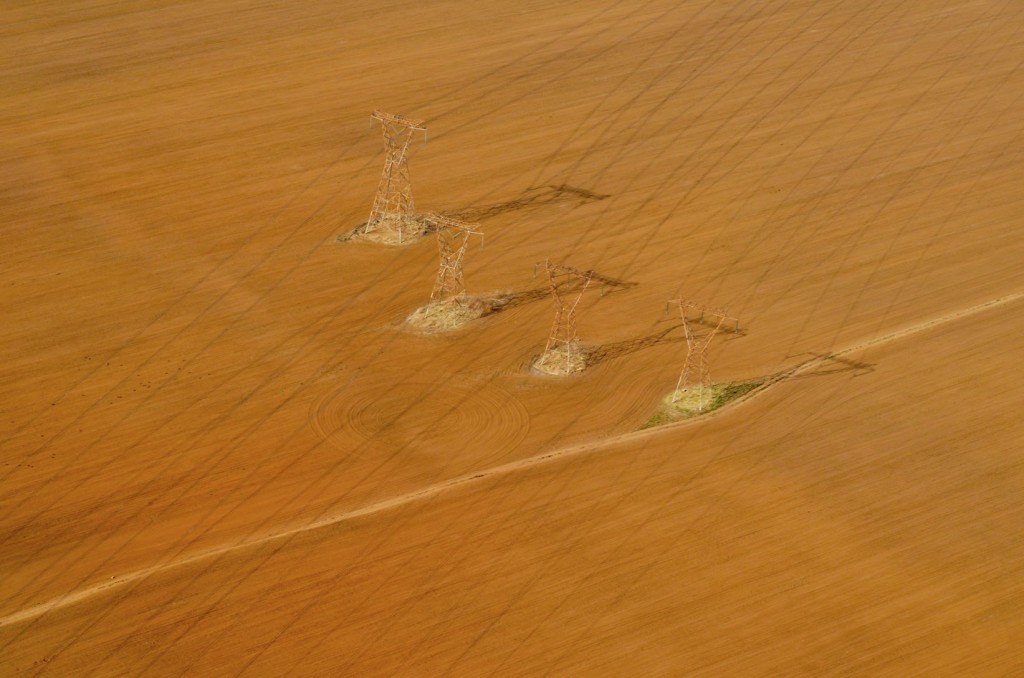 Loophole in the law

Oubaas Malan, a local farmer and chairperson of the Mabola protected area, said the wetlands lie on top of the area slated for mining.

“If the place is messed up, you won’t get it back to its original form again, so we don’t want any mines here,” Malan said.

The protected area covers 8,772 hectares near Wakkerstroom and is identified as of critical value in both the Mpumalanga and national biodiversity plans. “This area’s classified as ‘irreplaceable’, so that should be the end of it,” Fourie said.

However, a loophole in the Protected Areas Act allows for mining projects that have obtained written permission of the ministers of environment and of mineral resources.

Atha-Africa obtained written permission from the minister of mineral resources in April 2015 when he signed an amendment to the original mining right, granted in September 2014, eight months after Mabola was declared a protected area.

Fourie fears Environment Minister Edna Molewa might sign off on the mine soon, though her centre does not have a clear indication of when. Atha-Africa submitted its motivation to the Department of Environmental Affairs in May this year, but has not received notice of a final decision.

In a statement in response to Oxpeckers’ inquiries, environment department spokesperson Albi Modise said: “This matter is to be responded to and finalised by the two ministers of both the Departments of Environmental Affairs and Mineral Resources. The ministers will make a pronouncement in due course once all considerations are finalised and the minister of minerals has commented.”

The Department of Mineral Resources did not respond to questions about how they had determined a mining right should be granted in a protected area.

Listen: Some of the main players talk about the dispute over mining Mabola:

In a municipality reliant on farming and tourism, opponents of the mine say the short-term benefits of coal production are not worth the hit the current economic pillars would take. The 2011 South African census found there were 12,941 agricultural households in the municipality, and according to South African Tourism, foreign tourism brought in R6.9-billion to Mpumalanga in 2013.

Atha-Africa says the mine will create 500 direct jobs and lead to another 2,000 in the area, and that mitigation plans will minimise the environmental impacts of the mine.

“Currently there are no plans [for further expansion]. We have had our hands full with a lot of unnecessary things which shouldn’t have happened, so we do not plan to drill elsewhere,” Tripathi said.

He said the underground mine will cover some 2,500ha of the mining right, which includes 8,360ha over 12 farms. The ground-level footprint will be contained to 22.4ha and the main infrastructure is squeezed between two wetlands in an effort, Tripathi said, to minimise habitat loss.

“The water use licence granted contains a set of conditions aimed at mitigating the possible impacts during the mining period and post mining,” said Tsunduka Khosa, the director of water use licensing at the Department of Water and Sanitation.

“South Africa is water-scarce country. Therefore all activities that have a potential to impact water resources are considered serious to the department,” Khosa said.

Mauritz de Bruin is an environmental officer with the Endangered Wildlife Trust who has spent the past year in Wakkerstroom working with the local community. “The geohydrology of this area is extremely sensitive,” he said. “That’s why we’re also trying to avoid any type of ploughing or transformation of the landscape because that changes the surface flow to all the dams and wetlands we have today.”

Tripathi argued that impacts on water would be minimal, as Atha-Africa’s study of the area showed little connectivity between deep and shallow aquifers.

Tripathi acknowledged that some of the consultants Atha-Africa originally hired to assess the mine’s potential environmental impacts advised against mining in the area. However, new consultants were brought in and, upon additional review, reversed these predictions. 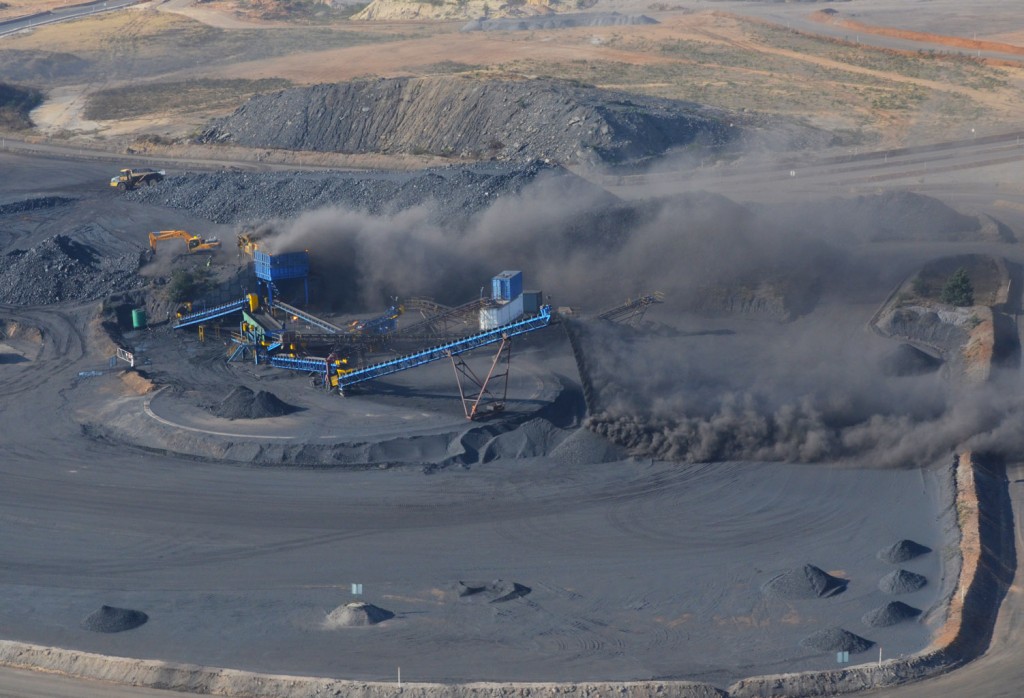 Dust billows from a coal operation adjacent to the town of Arbor in Mpumalanga. Many people living near the coal mines and coal-fired power plants scattered across the province do not have access to electricity, so companies supply them with free coal

Several trustees of one of the mine’s BEE partners, Bashubile Trust, are from the Zuma family, leading to speculation that this link is giving the mine an easy path through the permitting process. Opponents argue these connections helped the mine receive a water use licence and environmental authorisation over the protests of rank-and-file department members.

“It’s really hard to understand in these circumstances how you could go ahead and grant a right like this. What is the point of having environmental laws if you’re going to do this?” Fourie said.

Tripathi said Atha-Africa had partnered with Bashubile because Atha-Africa was looking to expand its BEE portfolio. He denied that trustee Sizwe Zuma was a blood relative of President Jacob Zuma.

“If that was the case, we could have gotten our licence in 2013,” Tripathi said, referring to when Bashubile became a BEE partner.

In papers filed with the High Court to set up the Bashubile Trust, Sizwe Zuma listed Bryntirion Estate – the presidential compound in Pretoria – as his residence.

Multiple press reports refer to Sizwe Zuma as either the son or nephew of the president and another Bashubile trustee, Vincent Zuma, as a relative. The beneficiaries of the trust also share the surname and are listed as family members of Sizwe and Vincent Zuma.

Sizwe Zuma’s name has surfaced in reports about several government tenders, including a South African Airways jet fuel tender worth about R10-billion after Zuma supporter and SAA board chairperson Duduzile Myeni asked that Sizwe Zuma be included.

None of Bashubile’s trustees could be reached for comment, as the email and most of the phone numbers associated with the group are no longer active. 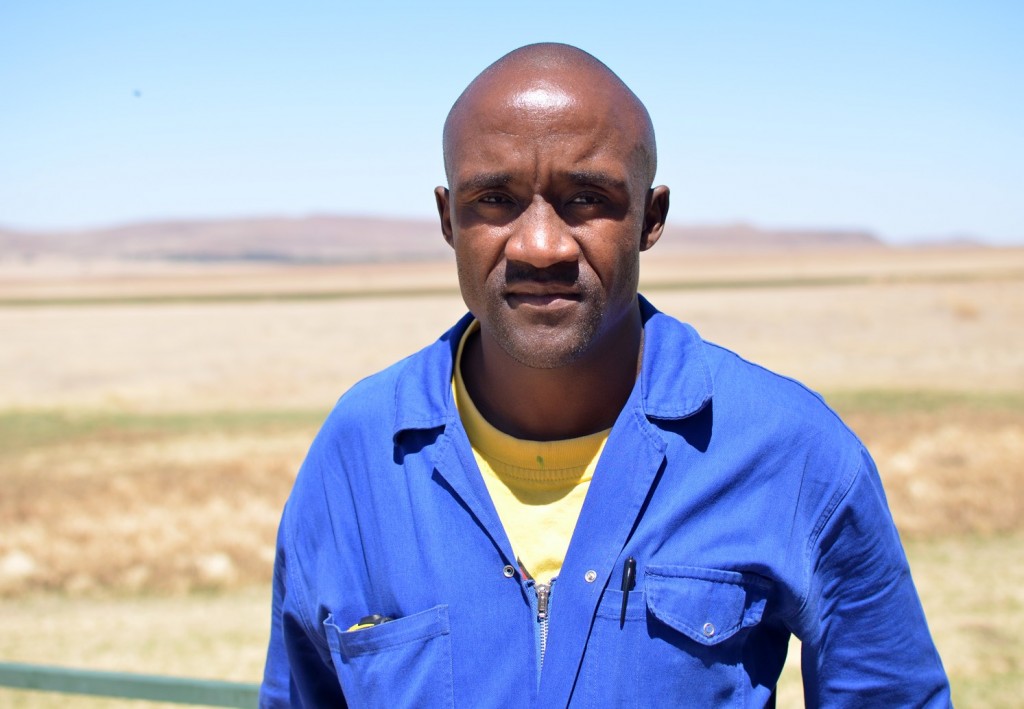 Vusi Sibiya, a Wakkerstroom firefighter, said the local community needed more information about the mine

While debate over the Yzermyn mine is mainly split between the company and civil society, the opinion in nearby Wakkerstroom is divided along racial lines. The area’s wealthy, white farmers living on the outskirts of town nearly all oppose the mine, but black residents living in Wakkerstroom are not yet convinced, as they face high levels of unemployment.

“When we do these consultative programmes, I think it needs to involve the whole community because that’s how the divide comes in. People don’t really know what’s happening on the other side. We have two communities,” said Vusi Sibiya, a Wakkerstroom firefighter, adding that the black community needed more information around the mine.

Tripathi described the situation he found in Wakkerstroom as “mind boggling. There is not one community in that area. There are multiple communities, and when we came to South Africa we had no idea that race is a huge issue.”

Sibiya said that before a community meeting was hosted by the CER and EWT in September, there was a general belief that the Yzermyn mine had already been granted full approval. Both Wakkerstroom’s black and white populations understood the importance of environmental protection, he said, but the promise of jobs weighed more heavily on one side.

“One of the issues that we face as a community is a lack of information of what damage a certain development can make in the community,” Sibiya said.

• Find Mabola’s location and licences on the #MineAlert app HERE. #MineAlert is a website and mobile app that alerts residents and organisations to mining applications and licences in their regions.

This investigation was sponsored by #MineAlert and Code for Africa.
Mark Olalde’s work on mining and environmental issues in South Africa is financially supported by the Fund for Investigative Journalism, the Pulitzer Center on Crisis Reporting and the Fund for Environmental Journalism. His research is supported by the Centre for Sustainability in Mining and Industry.