Watership down: the reality of mining Mabola 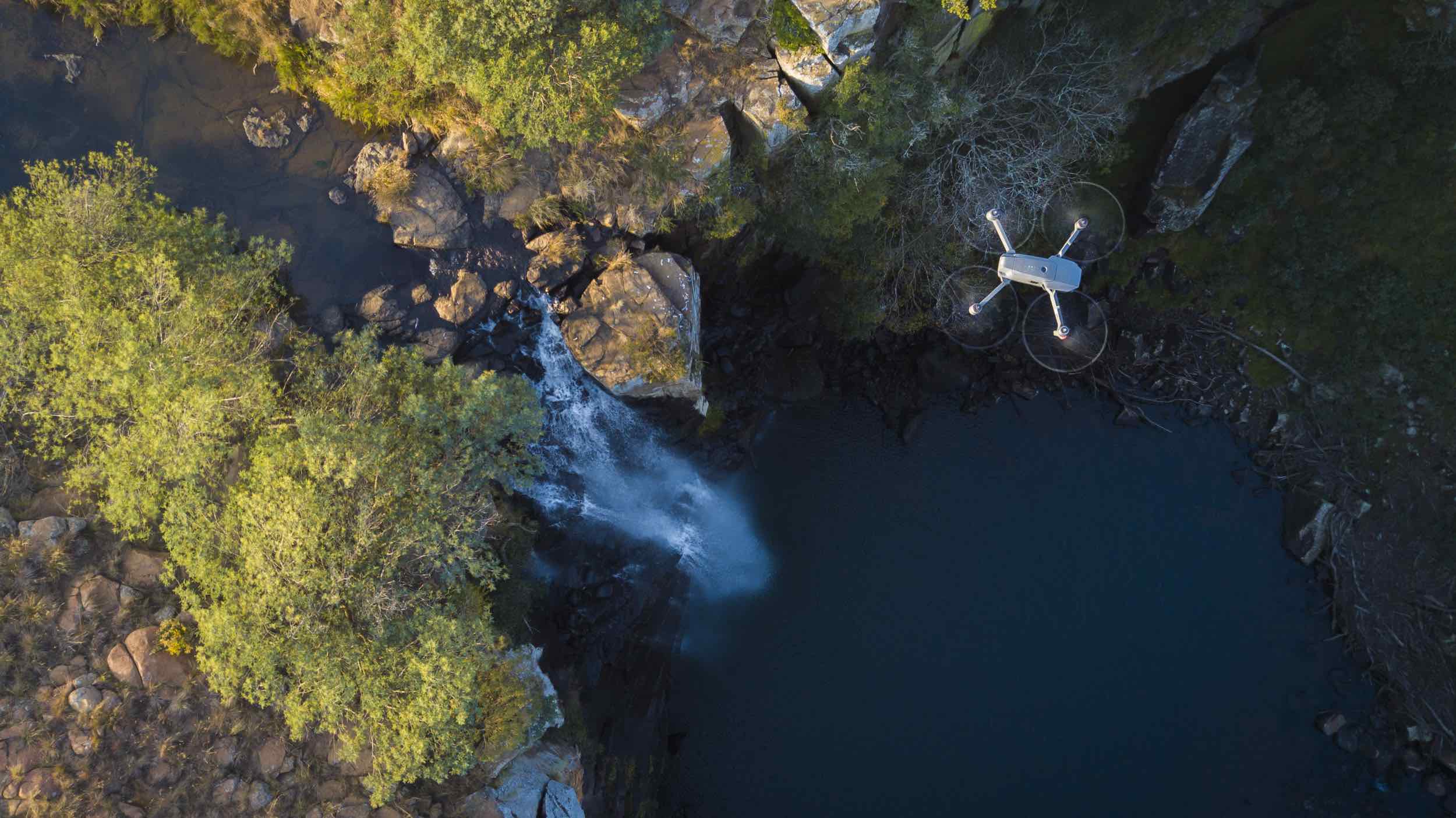 16 Jun Watership down: the reality of mining Mabola

Mabola is a strategic water source that feeds four of South Africa’s major rivers, but the government has approved a licence to mine coal there. Oxpeckers broke the story in 2015, and recently paid a site visit to the Mabola headwaters 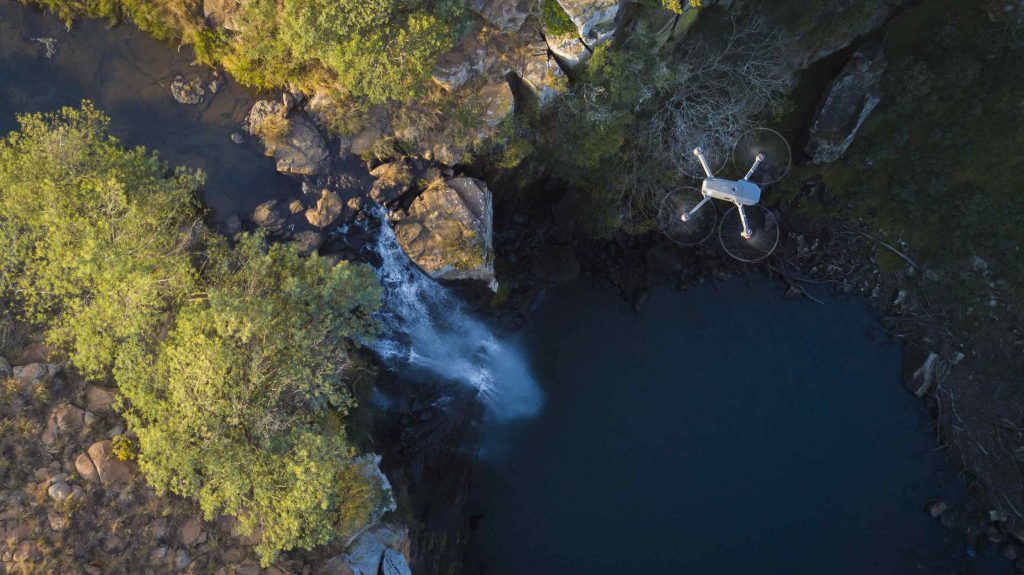 A noteworthy thing about the 32 metre-high waterfall above the gorge at the headwaters of Mabola river in Mpumalanga is its striking resemblance to the world-famous Victoria Falls on the Zambezi river.

Although the five metre-wide stream that forms the headwaters of Mabola is by no means comparable in size to the Zambezi, the river and its high water-yield catchment area have generated as much controversy as the Victoria Falls has earned itself fame.

The Mabola river is a key component of the Mabola Protected Environment, a 8,772ha zone of protected wetlands, pans and endangered grassland ecosystem which together form the Enkangala strategic water source area.

The importance of Mabola is that it is the source of four major rivers – the Pongola, Tugela, Vaal and Usutu – which support huge communities and economic activities downstream. Enkangala supplies water to South Africa’s economic hub, Gauteng, and is an important source for the agricultural sector in the KwaZulu-Natal and Free State provinces.

The protected area proclamation of January 2014 designated Enkangala as a national freshwater ecosystem priority area, and a critical aquatic biodiversity zone. Four other wetland areas in Mpumalanga province were declared strategic water sources, critical for the generation of national water supplies for agricultural, industrial and human use.

However, the fate of the Enkangala strategic water source hangs in the balance after Environmental Affairs Minister Edna Molewa approved an application for coal mining by Indian company Atha Africa Ventures. Although the approval was signed off in November 2016, it was only made public in January 2017.

The mining licence is now the subject of a legal challenge filed by the Centre for Environmental Rights on behalf of concerned citizens and organisations who fear the introduction of coal mining will destroy Mabola’s strategic water source, biodiversity and cultural values.

Concerns have also been raised over the possible introduction of chemical poisons that could contaminate the environment and underground water systems. The government has defended the mining licence, saying despite moves towards renewable energy forms South Africa still needs coal-fired power stations to generate electricity.

Shoni Munzhedzi, deputy director of biodiversity and conversation at the environment department, told a recent meeting of the parliamentary portfolio committee on environmental affairs that there were sufficient laws to deal with mining-related issues in sensitive environments.

Mabola would be a “mixed-land use” area with a plan that recognised its high water yield and cultural values and with mining incorporated as a third feature of land use. Legislative guidelines drawn from the United Nations 2030 Agenda for Sustainable Development, the Constitution and the National Environment Management Act would be used to set the conditions for granting mining applications and mitigation measures for environmental damage.

In an interview with Oxpeckers during a recent site visit to Mabola, WWF-SA chief executive Morné du Plessis said the mixed-land use pattern proposed by the government would destroy the strategic water source value of Mabola.

“By its very nature, coal mining is highly destructive and poisonous to the environment. It is not compatible with the conservation of biodiversity or pristine environments of fragile ecosystems like Mabola,” he said.

“If allowed to continue, the proposed coal mine in Mabola will set a dangerous precedent that will expose all of South Africa’s protected environments to encroachment from mining and other plunderous land uses.” 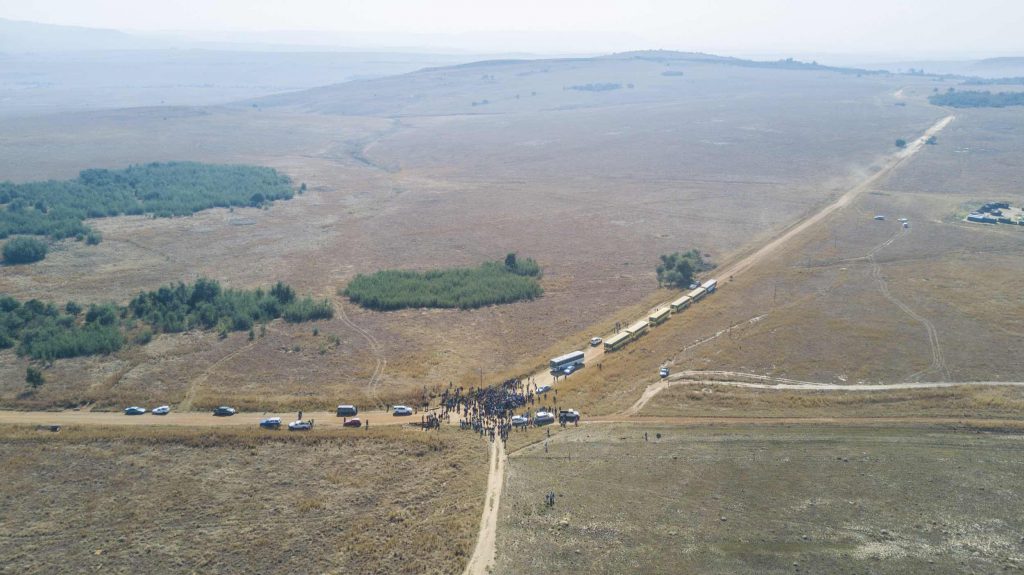 The polarising effects of the coal mining plan were underlined when seven busloads of protesters turned up at the start of the Journey of Water, an annual WWF-SA event launched this year at Mabola, to denounce the organisation’s involvement in campaigning against the mine.

Waving placards inscribed with political messages such as “WWF, go back to Australia”, the protesters accused the organisation of denying them mining-related benefits such as jobs and economic empowerment.

However, a local farmer told Oxpeckers that only 10 out of the estimated 170 protestors were locals. The majority were rented crowds who were mobilised from as far as Standerton and Wakkerstroom with the promise of jobs when the mine opens, he said.

Enkangala Grassland Trust member Vusumuzi Zwane said despite the promise of jobs, the local community had other reasons to oppose the Mabola coal mine.

“We have been told that the mine will develop and provide jobs for us. But when we look among ourselves, we do not see any who are qualified for the technical jobs at the mines. When mineral resources run out, the communities are left with polluted, poisoned and unusable environments,” Zwane said.

“So we would rather preserve this place as a water source and hope to benefit from its tourism and conservation values, rather than the exploitation of its finite mineral resources. Permitting coal mining here is like stealing this environment from future generations.” 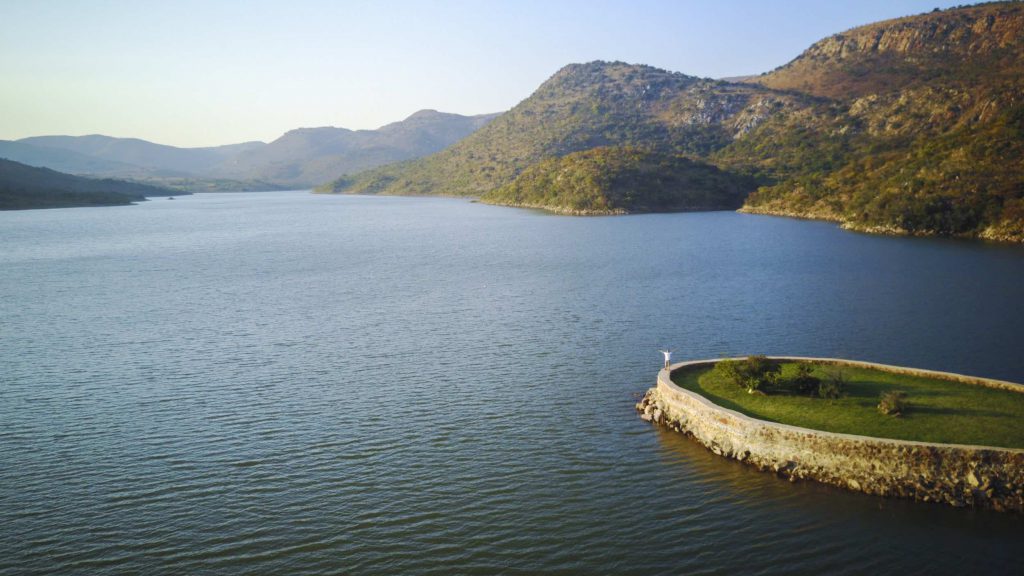 Coal mining in Mabola would have disastrous consequences for the communities, farms, sugar and timber plantations and the tourism industry downstream along the Pongola River

Johann Boonzaaier, chief executive of the Impala Water Users Association, based in the Pongola catchment management area in northern KwaZulu-Natal, said coal mining in Mabola would have disastrous consequences for the communities, farms, sugar and timber plantations and the tourism industry downstream along the Pongola River.

“We oppose mining in Mabola because the first threat to the Pongola water catchment has always been mining. What mines in the upper part of the catchment area do or not do ultimately affects our water security down here, which is badly compromised already.

“In Pongola, we have on record 19 abandoned mines and 19 new applications. Of these, we are dealing with three serious propositions, including one that has gone through the prospecting phase and has now applied for a mining licence.

“The fact that the mine in Mabola got approval in a protected environment, in a highly sensitive water environment at the height of the paranoia of water-scarcity in the country, is suspicious,” Boonzaaier said.

He said the experience of mining in other parts of South Africa had proved that the introduction of mining at Mabola would have a disruptive effect on the hydrology of the entire catchment system that feeds the Pongola, Tugela and Vaal rivers.

Previous water tests in the Pongola catchment area have indicated high levels of contamination by acid mine drainage, with sulphates, iron and manganese seeping into the underground and river water systems.

Opponents of mining have also cited the continuing effects of acid mine drainage in the eMalahleni, Middelburg and East Rand areas in arguing that mining will eventually affect the quantity and quality of water in Mabola. – oxpeckers.org

This investigation was sponsored by Code for Africa and #MineAlert, the app that tracks mining applications and licences.
The site visit to Mabola by Oscar Nkala and Johnny Miller was hosted by the Journey of Water, the third such event hosted by WWF-SA to showcase strategic water source areas and their significance for South Africa’s water security.