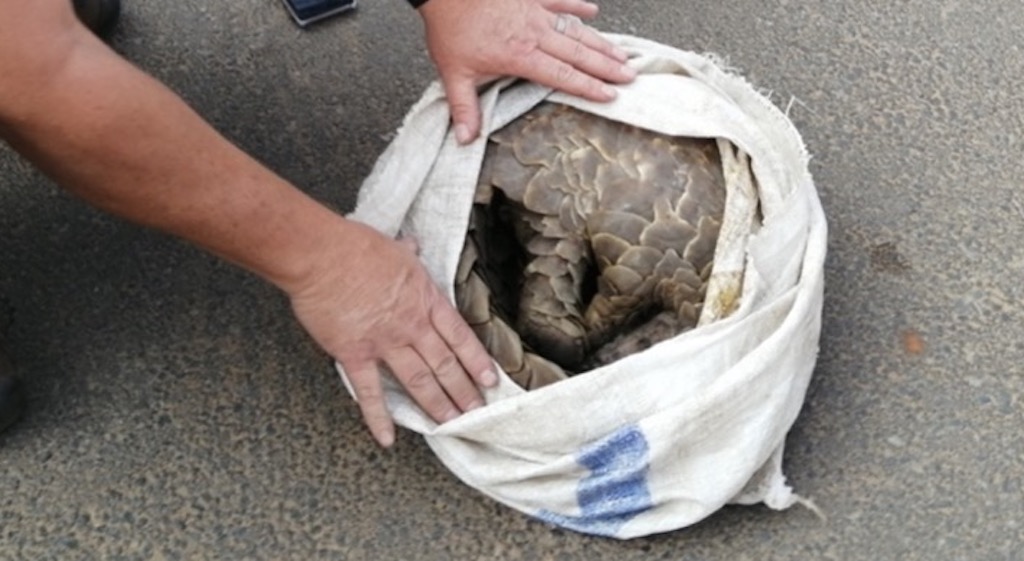 The highest number of pangolins confiscated since 2017 was in Limpopo province. Photo © APWG

Intelligence operations in South Africa over the past five years have retrieved 160 live pangolins from the illegal trade, according to data from the African Pangolin Working Group.

The group is mandated by the Department of Forestry Fisheries and Environment to oversee matters relating to illegal pangolin trade. Its role includes assisting in law enforcement operations, contributing expert evidence in court cases, rehabilitating pangolins retrieved from the illegal trade and releasing them in appropriate wild areas.

Data obtained from the non-profit organisation shows there were 160 individual Temminck’s pangolins confiscated from wildlife traffickers in South Africa between 2018 and 2022. Also known as ground or Cape pangolins, Temminck’s pangolins are one of four species of pangolins found in Africa, and the only one endemic to Southern and East Africa. They are listed as vulnerable on the IUCN Red List.

Tip of the iceberg

Alexis Kriel, co-chairperson of the African Pangolin Working Group, fears that the number of confiscated live pangolins is just the tip of the iceberg. “We believe we are probably only retrieving 10% of the pangolins that are being illegally traded,” she said.

The highest number of pangolins confiscated since 2017 was in Limpopo province, at 74, followed by Gauteng at 47. In the Northern Cape 18 were retrieved, 15 in Mpumalanga, 8 in North West, four in the Western Cape, and two in KwaZulu-Natal.

Kriel said the trade in live pangolins is most prevalent in Limpopo because it borders directly on to Mozambique and Zimbabwe. “Live pangolins are moved across the porous border into South Africa and are often transported through to Gauteng, where there is the potential for a more lucrative trade to take place,” she said.

As a result of the operations, 380 suspects have been arrested for being in possession of pangolins since 2017. Of those charged and found guilty, the most frequent sentencing is now 10 years’ imprisonment without the option of a fine or a suspended sentence, the organisation’s data shows.

The illegal trade in South Africa has mainly involved live pangolins rather than scales, Kriel said. “The trade in pangolin scales is more a feature of the trade in West and Central Africa.”

Kriel attributed the demand for pangolin scales to markets for Chinese traditional medicine, and said the trade in scales is expected to move south as the resource diminishes in other parts of Africa and becomes increasingly scarce.

“We don’t know if the trade in scales will become a significant feature of the trade in South Africa. But it would be a very worrying new dimension if we started to discover that the commodity chain had changed,” she said.

Publicly available data on illegal pangolin trade in Southern Africa aggregated by the Centre for Advanced Defense Studies (C4ADS) and published on its Wildlife Seizure Dashboard indicates that South Africa has been trailing behind Namibia on pangolin seizures among countries in the region – as reported by Oxpeckers in How pangolins are smuggled from Southern Africa.

C4ADS data scientist Max Kearns said there was a possibility there could be inconsistency in data collected by C4ADS and the African Pangolin Working Group.

“The inconsistency comes from the type of data we have access to. The C4ADS Wildlife Seizure Dashboard is based solely on publicly reported seizures, which often fail to capture ‘smaller’ seizures such as individual live pangolin seizures due to lack of public reporting on such seizures,” Kearns said.

He said the C4ADS dashboard will always have fewer individual seizures than a database that includes non-public seizure records, because the C4ADS database can be influenced by reporting bias and data access.

“Since publicly reported seizure databases can be subject to reporting bias, we recommend that they are best used as a proxy for global trends and to supplement qualitative information from local authorities or NGOs,” he said.