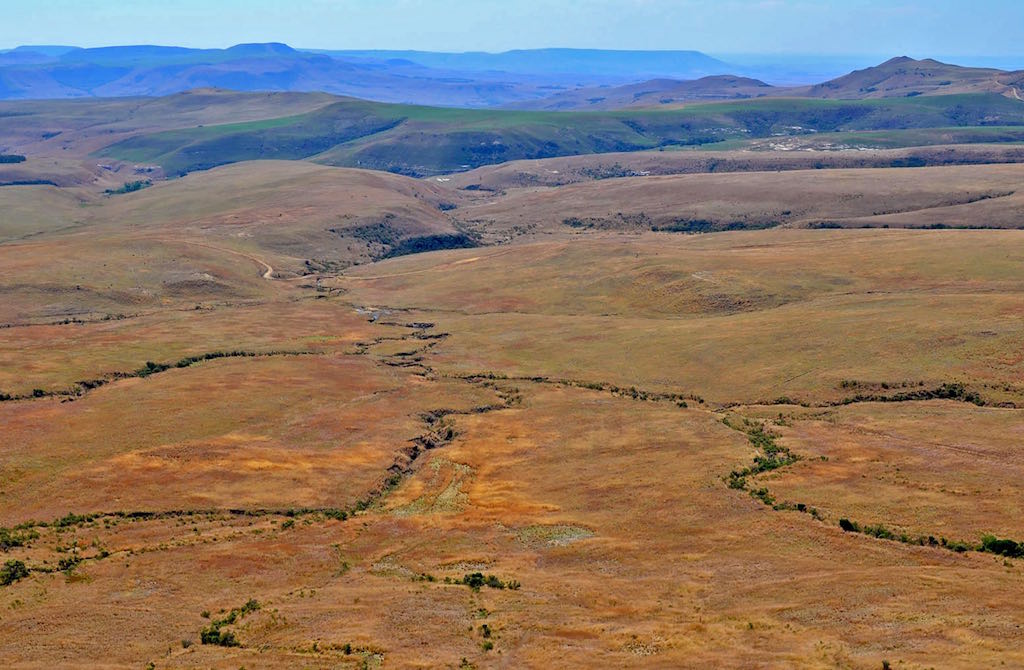 Posted at 08:07h in homepage, ma-feature1 by Oxpeckers Reporters

‘Right now, they’re not permitted to put a shovel in the ground, and we’re aiming to keep it that way,’ say victorious opponents of Atha-Africa’s mining plans. Mark Olalde & Andiswa Matikinca report

Prospecting area: The proposed underground coal mine would fall in a region that feeds the headwaters of the Vaal, Tugela and Pongola rivers. Photo: Mark Olalde

New parameters for management of strategic water source areas in South Africa are being set as the Constitutional Court declined to hear an appeal against a judgment revoking  plans to mine the Mabola Protected Environment.

The ConCourt decision effectively upheld a November 2018 ruling by the Pretoria High Court that threw out ministerial approval for the controversial coal mine in a strategic water zone in Mpumalanga.

The Yzermyn mine, proposed to cover 2,500 mostly underground hectares near Wakkerstroom, has for years faced staunch opposition from a coalition of environmental groups that argues the area is too important to the country’s water resources, especially when faced with climate change, to allow coal mining.

The mine would have dug into an area feeding the headwaters of the Vaal, Tugela and Pongola rivers. The legal battle against it was a test case for laws and strategies around prospecting and mining in protected environments, and will have an impact on water management around the country.

In the order dismissing leave to appeal, dated 6 November, the ConCourt “concluded that the application should be dismissed as it does not engage this court’s jurisdiction and, in any event, bears no reasonable prospects of success”. 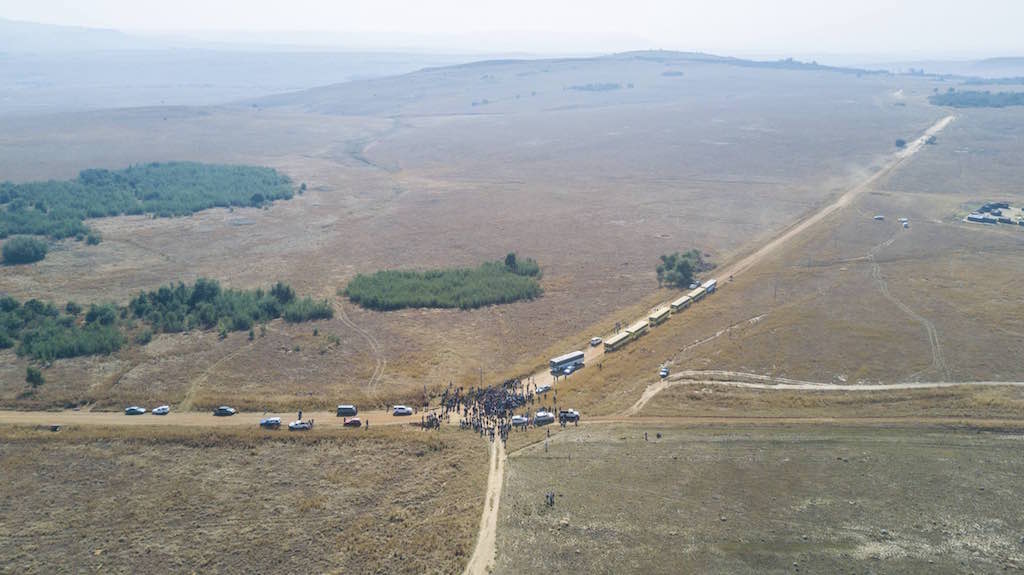 Political support: Busloads of protesters turned up when the WWF Journey of Water took journalists to Mabola in 2017. Photo: Johnny Miller

Mabola is one of five important water sources in Mpumalanga that were declared protected environments in January 2014 by Pinky Phosa, then provincial MEC for economic development, environment and tourism. Proclaiming a protected area enables government authorities and private landowners to work together to protect ecosystems of high value.

Atha-Africa Ventures, part of a company headquartered in India that bought the mining right, received political support for the project. An Oxpeckers investigation in 2016 revealed that several trustees of one of the mine’s BEE partners, Bashubile Trust, were connected to the Zuma family, leading to speculation that this link was giving the mine an easy path through the permitting processes.

Over the years evidence has emerged that the Department of Mineral Resources ignored its own employees’ advice in granting the mine’s permits. The Mpumalanga MEC for agriculture, rural development, land and environmental affairs attempted delisting part of the protected environment where the mine is proposed, and in 2017 documents showed the ministers of mineral resources and the environment had secretly signed off on the project.

Standing in Atha-Africa’s way is a coalition of nonprofit organisations represented by the Centre for Environmental Rights. “Right now, they’re not permitted to put a shovel in the ground, and we’re aiming to keep it that way,” said Catherine Horsfield, head of the centre’s mining programme.

The Mabola case, first investigated by Oxpeckers in 2015 after a tip-off from whistle-blowers, has set precedents for mining in strategic water zones. There are 22 identified zones spread across South Africa, eSwatini and Lesotho that account for only 8% of the region’s land area but 50% of its surface water. They also supply water downstream to 60% of South Africans and 70% of the country’s irrigation. 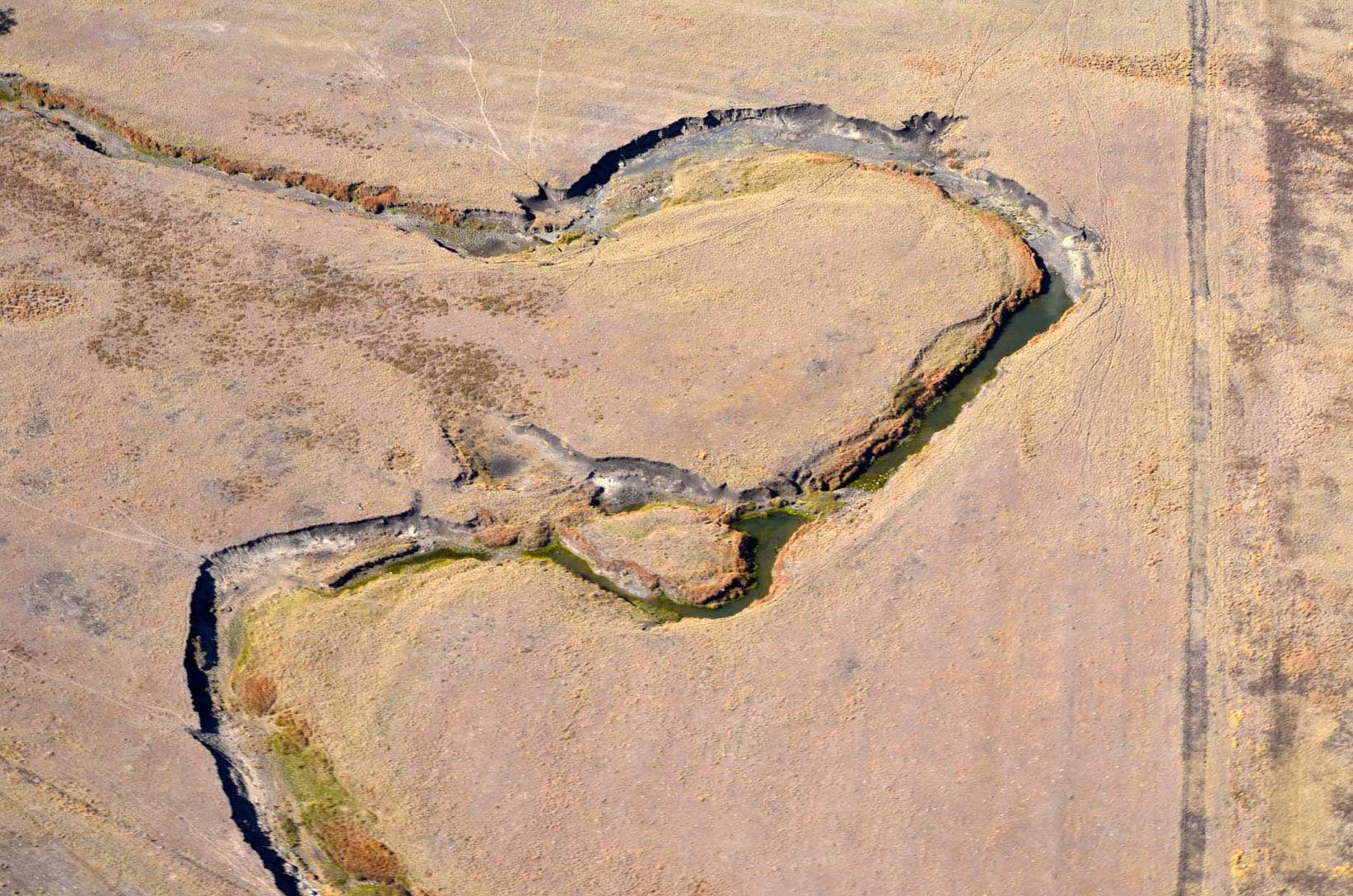 Amanda Mkhonza, a lecturer at the Institute of Marine and Environmental Law at the University of Cape Town, said mining coal near waterways is likely to generate acid mine drainage, which lowers the water’s pH and can mobilise dangerous metals.

“Acidity of water also impacts the irrigation of crops, and there’s a chance that even groundwater will become contaminated,” Mkhonza said

As climate change’s impacts become increasingly apparent, including warming of the country’s interior, these high-yield water zones are even more important to protect, said Victor Munnik, a water and coal researcher affiliated with the University of the Witwatersrand.

“Climate change will increase water scarcity in the inland areas and make them rely even more on the water-rich areas, which are part of the strategic water source areas,” he said.

Praveer Tripathi, Atha-Africa’s senior vice-president who acts as the company’s in-country spokesperson, declined to comment on the ConCourt judgment this week. The company’s legal council for the litigation, Francois Joubert of Fasken Attorneys in Sandton, did not respond to requests for comment.

In previous interviews with Oxpeckers, Tripathi said the mine’s impacts on water resources would be minimal because the company’s research suggested little connectivity between aquifers in the area and because the project was configured to have a minimal surface footprint. Tripathi has also argued that the mine would be a job creator.

But the environmental coalition standing in its way believes those promises of local employment were overblown, especially when some mining jobs require a highly educated workforce.

The coalition would rather the debate focus on water. For them, it’s clear that strategic water source areas need protection both to fend off the negative precedent that could come from allowing mining as well as to allow more time to develop a strategy to build codified protection for these areas.

“The science is there but the law hasn’t kept up,” Horsfield said.

Her department, in collaboration with the Department of Human Settlements, Water and Sanitation and others, is planning to test a section of the National Environmental Management Act on three pilot strategic water source areas, Creecy said. She did not identify the pilot areas.

“The project has broadened to explore all methodologies and legislation to be considered and applied for the protection of strategic water source areas and surrounding sensitive ecosystems in South Africa,” she said.

This investigation is part of the Mining your Water series, supported by the Open Society Foundation for South Africa

#MineAlert shines at Vodacom Awards
Where’s the water for Limpopo’s industrial juggernaut?
Steps up in my journalism career
Status of plans to frack SA’s ‘water tower’
Tracking water use licences with #MineAlert
Non-compliance in water use: who takes the blame?