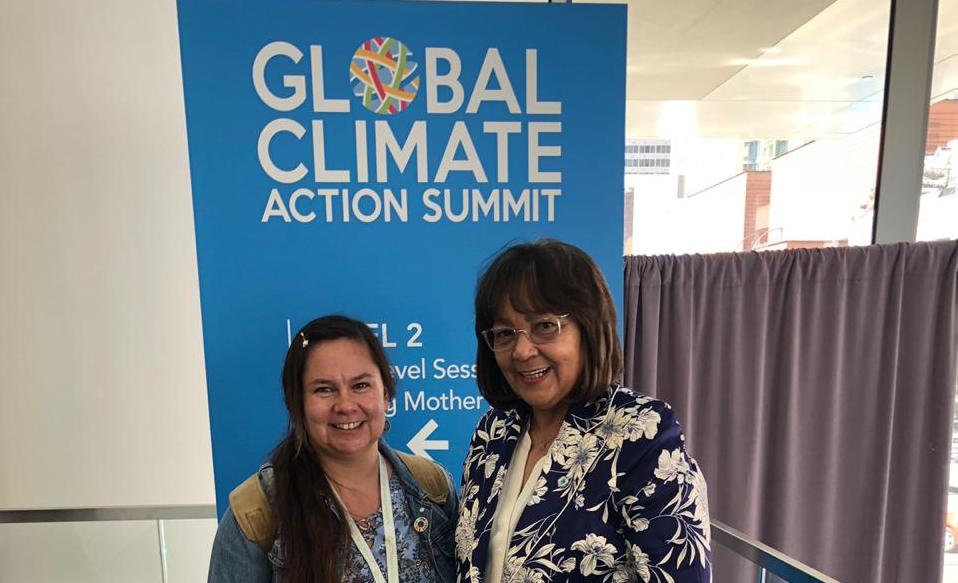 Posted on 2 Nov, 2018 by Oxpeckers Reporters

Oxpeckers Associate Yolandi Groenewald’s reporting on Cape Town’s struggle to secure international climate funding from the South African government was selected by a panel of judges as a contest winner under the International Centre for Journalists (ICFJ) Global Climate Reporting Programme.

The programme, administered by the ICFJ in partnership with the United Nations Foundation, received more than 500 applications from journalists around the world.

Groenewald was one of just 16 international fellows chosen to attend the four-day programme at the 2018 Global Climate Action Summit in San Francisco in September 2018.

With a nose for a good story after years of experience in covering climate change summits, Groenewald honed in on outgoing Cape Town mayor Patricia de Lille at the conference.

In the interview, published by Oxpeckers on September 17, De Lille said the city could not access critical funds earmarked for the type of crisis her city faced. The Green Climate Fund, the UN’s flagship mechanism set up to help vulnerable communities deal with climate change, was blocked by bureaucracy and politics in South Africa, she said.

The article resonated through the corridors of the San Francisco gathering as other local government leaders attending the conference also bemoaned the red tape involved in receiving help from the Climate Green Fund.

In a follow-up story, Cape Town shines at climate summit, Groenewald wrote about how, despite the blockage of UN funds, local government and citizen initiatives had set an example for other cities faced with doomsday climate scenarios.

Groenewald’s interview with De Lille was one of three winners in the storytelling contest. The others were: Debora Brito (Brazil) for Indigenous people affected by climate change want prevention policies, and Karl Mathiesen (Australia) for Let down by Trump on climate, China goes around him in California.

Jerri Eddings, ICFJ senior programme director, said she appreciated the time, effort and passion that were put into the stories. “Our job was difficult because there were so many great stories,” she added.

ClimaTracker is a web-based mobile platform that makes complex climate-related data accessible to users via interactive maps that track the effects of climate change in Southern Africa. Along with journalistic reports and investigations, the platform informs vulnerable communities and assists in strengthening their responsive capacity by reporting on both good and bad adaptive practices for building resilience.