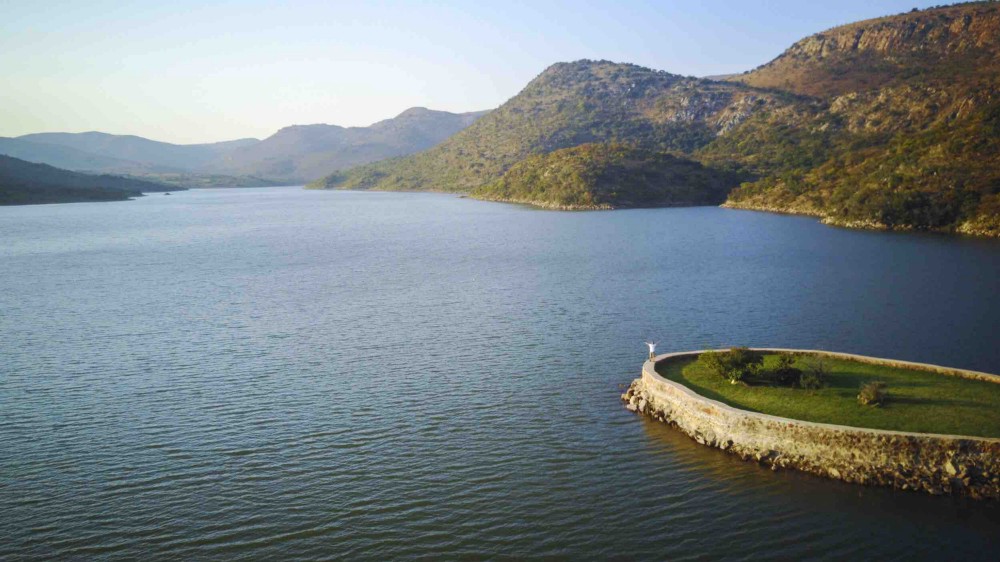 The award-winning body of work included Olalde’s coverage of plans to mine the Mabola strategic water source in Mpumalanga. Photo: Johnny Miller / AfricanDrone

Two years of chasing data on mine closures across South Africa were rewarded when Oxpeckers Associate Mark Olalde won the Written Media category of the prestigious annual SAB EnviroMedia Awards on October 24 2017.

Olalde spent 21 months pestering government departments for information, formally submitting requests under the Promotion of Access to Information Act (PAIA) and travelling from pillar to post to secure and analyse the data for #MineAlert, Oxpeckers’ mine-tracking mobile website and app.

“For the first half of 2017, Thursday mornings were for sitting in the office with a cup of freeze-dried, instant coffee,” Olalde recalls. “Its taste might’ve been lacking, but it got the job done. #PAIAday, as I called this weekly ritual, was my method for prying as much formerly secret information as possible from the country’s Department of Mineral Resources (DMR) into the public domain. Between sips of coffee, I would call/email/pester every provincial DMR office on my list for the week. I wanted their documents.

“I had my eyes on two main targets: closure certificates and financial provisions for rehabilitation.”

Olalde then compiled, curated and analysed the datasets to produce a series of investigations on mine closure trust funds, financial provisions for rehabilitation and closure certificates, starting with “Mine Closures: What’s happening in your backyard?”. This multimedia investigation saw him travel to mining company premises such as Mintails Mining South Africa to complement the data investigation with on-the-ground research and interviews. 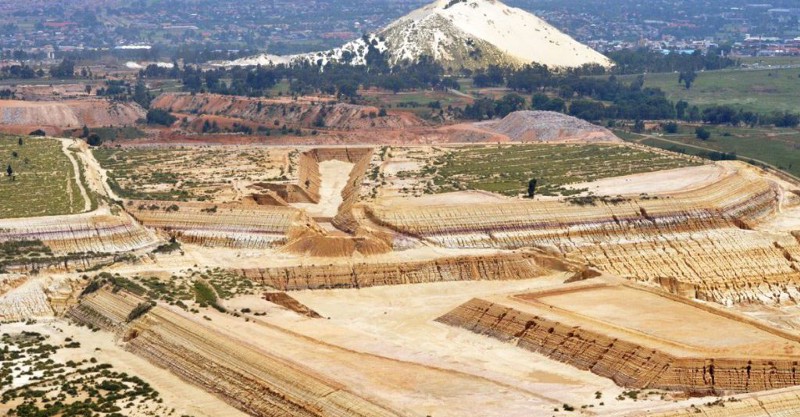 The information he sourced via PAIA showed, for example, that between July 2012 and July 2015 (the period covered by the requests), zero closure certificates were granted to mining rights held in Gauteng.

The second investigation, “Coal Mines leave a legacy of ruin”, indicated that since at least 2011 no large coal mines operating in South Africa had been granted closure. This means the mines have not been rehabilitated and are simply abandoned, leaving a legacy of local and global pollution.

The third and final investigation exposed the R60-billion sitting in mine rehabilitation funds across South Africa for mines that might never be closed. This investigation exposed “a failed system of mine closure in which there is little oversight, large mining houses carry the brunt of responsibility for financial provisions that are never used and mines that are never fully closed”. 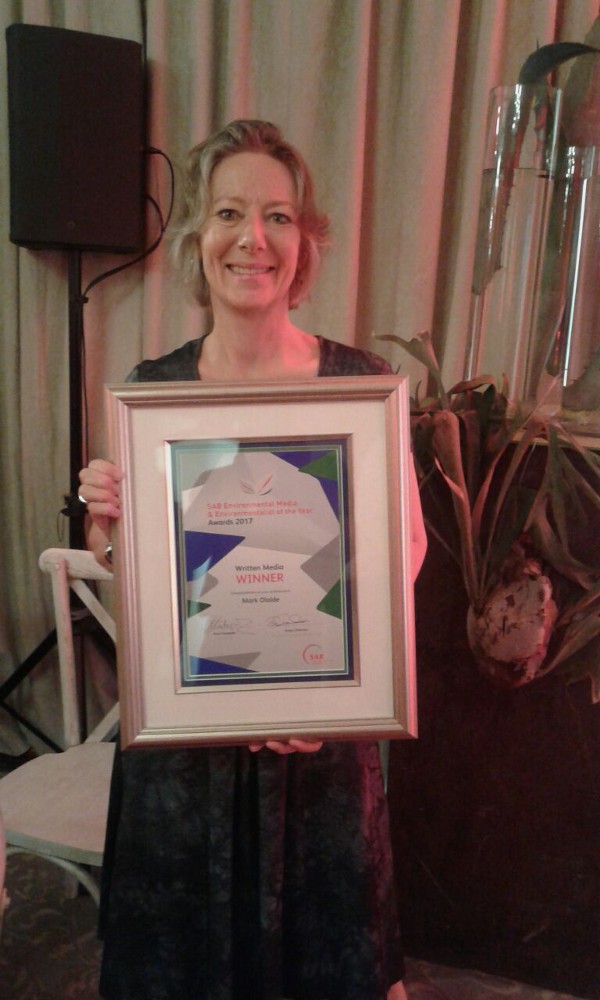 Nancy Coulson, programme manager of social responsibility in mining at the Centre for Sustainability in Mining and Industry at Wits University, received the award on Olalde’s behalf because he was in the US

Asked what this award means to him, Olalde said: “There is a troubling lack of transparency within certain facets of the South African government, with the governing of the minerals industry key among them. With millions of people affected by both the negative as well as the positive environmental, economic and social impacts of the mining industry’s actions, I simply keyed into mine closure as a major topic in need of investigation.

“My work succeeded in unlocking previously hidden documents and data by sticking to the basics of journalism. I am honoured to be recognised among my fantastic colleagues in the country’s media, and I hope my work will help us better understand the realities of mining in South Africa.”

This was our second SAB EnviroMedia Award. In 2014 the Oxpeckers Fellowship project won the Print and Online award — just one year after the project was launched by the investigative environmental journalism unit.

Olalde’s work was also financially supported by the Fund for Investigative Journalism, the Pulitzer Center on Crisis Reporting and the Fund for Environmental Journalism. Research support was provided by the Centre for Sustainability in Mining and Industry at Wits University.

The annual SAB Environmental Media awards, now in their 29th year, were started by the late conservationist Dr Ian Player to recognise members of the media who have excelled in reporting on environmental matters in video, audio and written media as well as photography.

Other winners this year included the United Nations patron of the oceans, Lewis Pugh, who won the Nick Steele Memorial Award for Environmentalist of the Year.

Competition for the 2017 awards was robust, with more than 200 entries received. Merit winners in the Written Media category were Sipho Kings, Mail & Guardian, and Sheree Bega, Saturday Star.