Mine closures: What’s happening in your back yard? 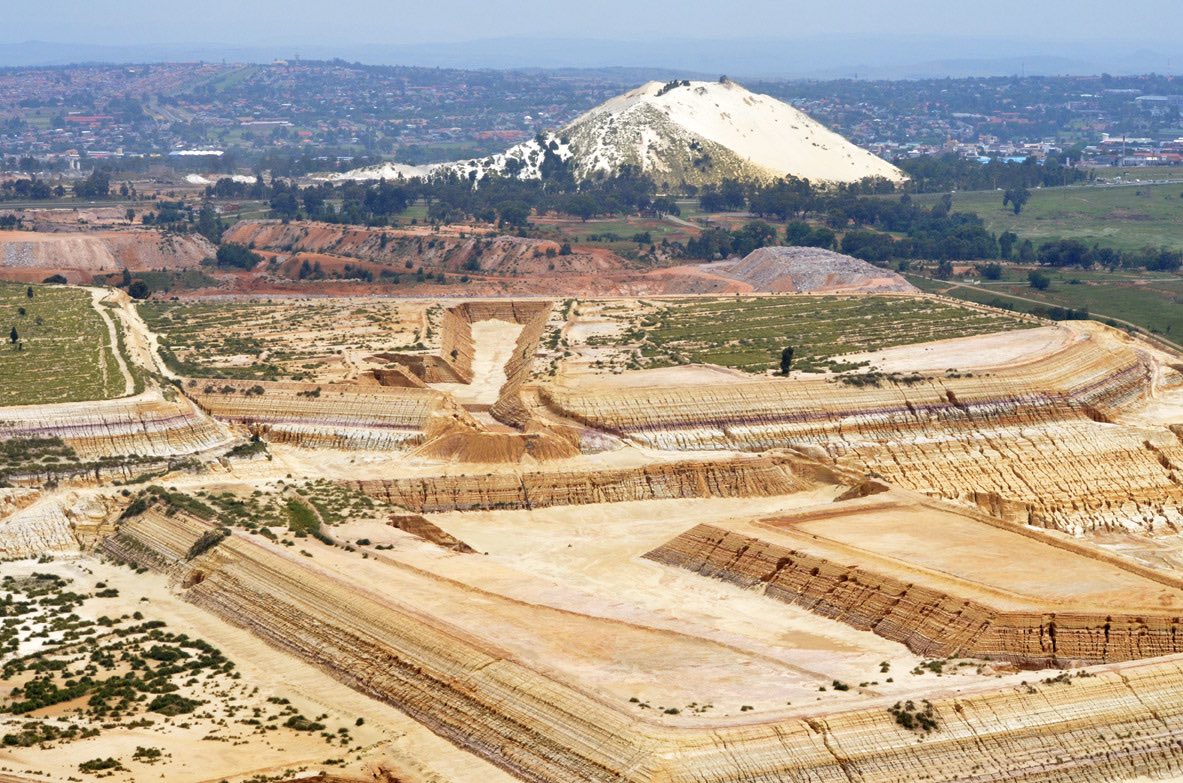 15 Dec Mine closures: What’s happening in your back yard?

After an 18-month search, Mark Olalde accessed data on mine closure trust funds, financial provisions for rehabilitation and closure certificates. He makes this crucial information public for the first time 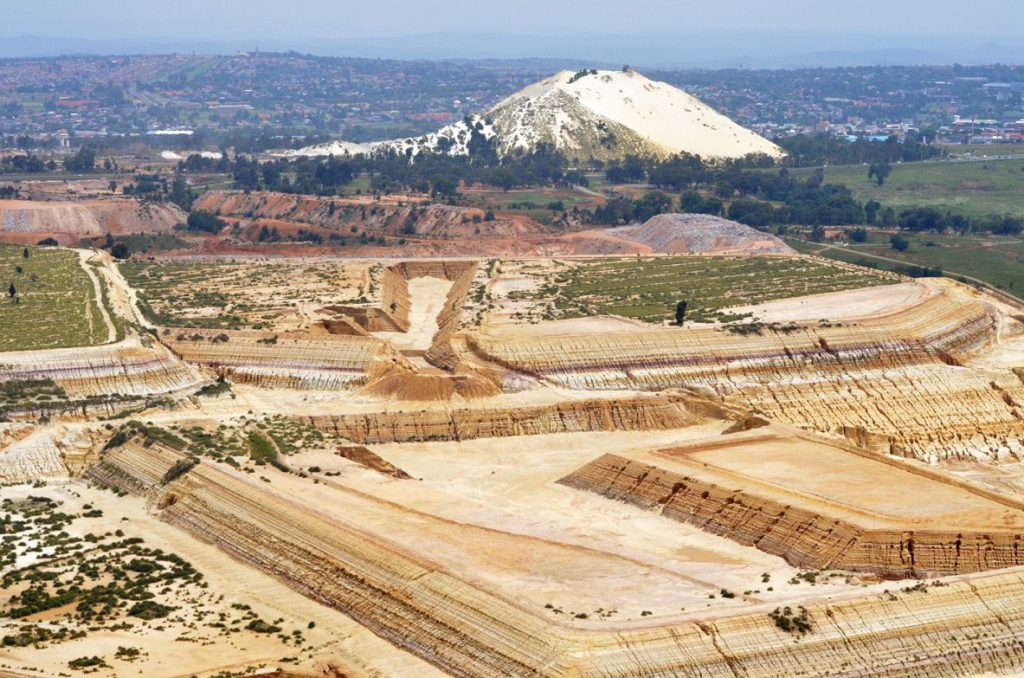 Minimal rehabilitation has been undertaken on piles of mine waste on Mintails Mining South Africa (Pty) Ltd’s mining rights. The company is working to come out of business rescue, and its chief executive admitted the company lacks adequate funding for rehabilitation. Photos: Mark Olalde

Documents obtained from the Department of Mineral Resources for the first time shed light on South Africa’s secretive system of mine closures. The documents confirm that very few companies apply to close large-scale mines legally, and that the money set aside for environmental rehabilitation is often minimal.

The documentation was obtained via Promotion of Access to Information Act requests, and the information covers aspects of mining in Gauteng, the Free State, KwaZulu-Natal and the Eastern Cape. Additional requests were granted for information in every province, although further documentation remains outstanding.

Most notably, the documents show that between July 2012 and July 2015 – the period covered by the requests – zero closure certificates were granted to mining rights held in Gauteng.

A company only removes its liability for a mine site once it obtains a closure certificate, but only 33 applied in Gauteng during that time period. Three of those applications were for mining rights, which is defined as a site that is larger than five hectares and can be renewed for 30 years at a time.

“The moment that a mine obtains a closure certificate the liabilities, responsibilities and accountability transfer back to the state,” said Mariette Liefferink, chief executive of the Federation for a Sustainable Environment. “The reason why no closure certificate is issued is basically that the state does not wish to carry those costs.”

The legislation is written as a failsafe because the department has the authority to use money set aside in financial provisions for rehabilitation. However, no experts were able to point to an instance in which this happened.

“The costs and the impacts are then further externalised to communities, often poor communities, because adjacent to these mines we often have informal settlements,” Liefferink said.

The documents also show that only small amounts of the financial provisions are held in cash, and many of the guarantees are small. Of the Free State’s slightly more than R4-billion worth of guarantees for rehabilitation, only R42-million is held in cash.

While a few large mines have guarantees exceeding R30-million in KwaZulu-Natal, there is even a mining right with a R10,000 rehabilitation fund.

There are 277 bank guarantees for rehabilitation for prospecting rights, mining permits and mining rights in the Eastern Cape, but they account for only about R50-million. While large mines hold the majority of these guarantees, some entries have as little as R5,000 for rehabilitation.

After the Gold Rush: Mark Olalde talks to the main players about the big issues in mine closure

Central Rand Gold formed in 2006 to use advances in technology to mine the remnants of Johannesburg’s initial gold rush. Company documents show the company estimated 120-million ounces of gold – worth about $140-billion at current prices – remained in the sites it planned to mine. The company used these projections to raise capital.

The story told by residents in the surrounding Riverlea neighbourhood is vastly different than the pitch presented by Central Rand Gold in its documents.

The company’s Nasrec Pit operations adjacent to George Harrison Park – the heritage site where gold was first discovered on the Witwatersrand in 1886 – remains unremediated. Illegal, small-scale gold miners called zama zamas work the pit, which is adjacent to the TC Esterhuysen Primary School. Commitments of jobs made to the community were never filled.

Central Rand Gold did not respond to repeated requests for comment on its operations.

According to the company’s social and labour plan, it planned to employ 2,270 people, 57% of whom were supposed to be locals. 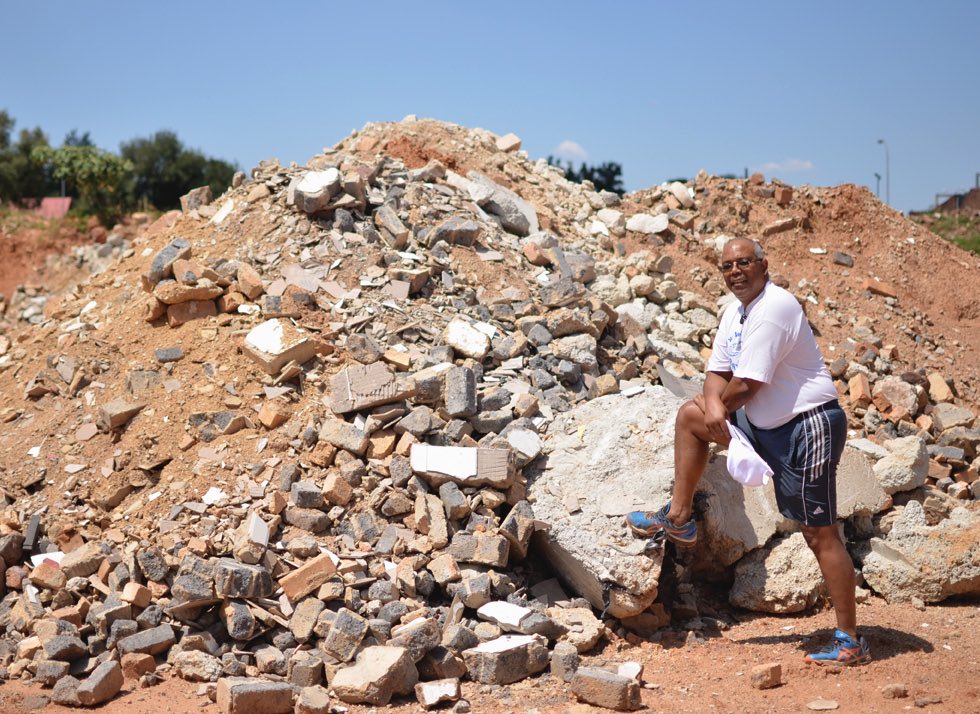 Mark Kayter (above), vice-president of the Riverlea Community Forum, inspects rubble dumped in Central Rand Gold’s Nasrec Pit. The Riverlea community has opened a criminal case for alleged illegal dumping of non-mine waste in the pit

Mark Kayter is the vice-president of the Riverlea Community Forum and attended TC Esterhuysen as a child. “We were hoping that some of the people in the community can fend for themselves from projects in these operations,” he said.

According to Kayter and others, Central Rand Gold is yet to bring jobs to the area. The company also agreed to register 100 companies for the community. This too, has not happened.

Godfrey Makomene is the chair of the Affected Communities Elected Representatives group, which engaged with Central Rand Gold during the drafting of the company’s social responsibility initiatives. “They came to our community and made a lot of promises, and most of their promises were part of their social and labour plan. But to date nothing has happened from what the company has promised,” he said.

Johannesburg City Parks was meant to benefit from a R5-million investment into upgrading George Harrison Park. “Not a cent was disbursed to City Parks or any city entity toward the upgrade,” City Parks spokesperson Jenny Moodley said.

Instead, the city is investigating whether the park is in danger of collapsing from additional tunnels dug by the company or by zama zamas.

There is activity at the pit, but it remains unclear if any remediation is planned. The company’s financial provision sits between R40-million and R45-million to rehabilitate the entire mining right.

“The result is that people are suffering here from all sorts of respiratory conditions, certain types of cancers and eye irritations,” Kayter said.

Local clinics declined to provide residents with information broadly relating to the community’s health. This lack of epidemiological studies makes it impossible to determine the extent of mining’s impact on the health of nearby communities.

In June, community members opened a court case against alleged illegal dumping of non-mine waste into the pits, some of it potentially from highway construction.

In a statement to Oxpeckers, the South African National Roads Agency Soc Ltd’s press office wrote: “SANRAL is not aware of the dumping being referred to in Central Rand Gold’s pits. We will investigate the matter further with our Routine Road Maintenance Contractor.”

“There’s now building waste that’s been dumped here,” Kayter said, pointing to piles of bricks and what appeared to be concrete. “It’s a free for all.” 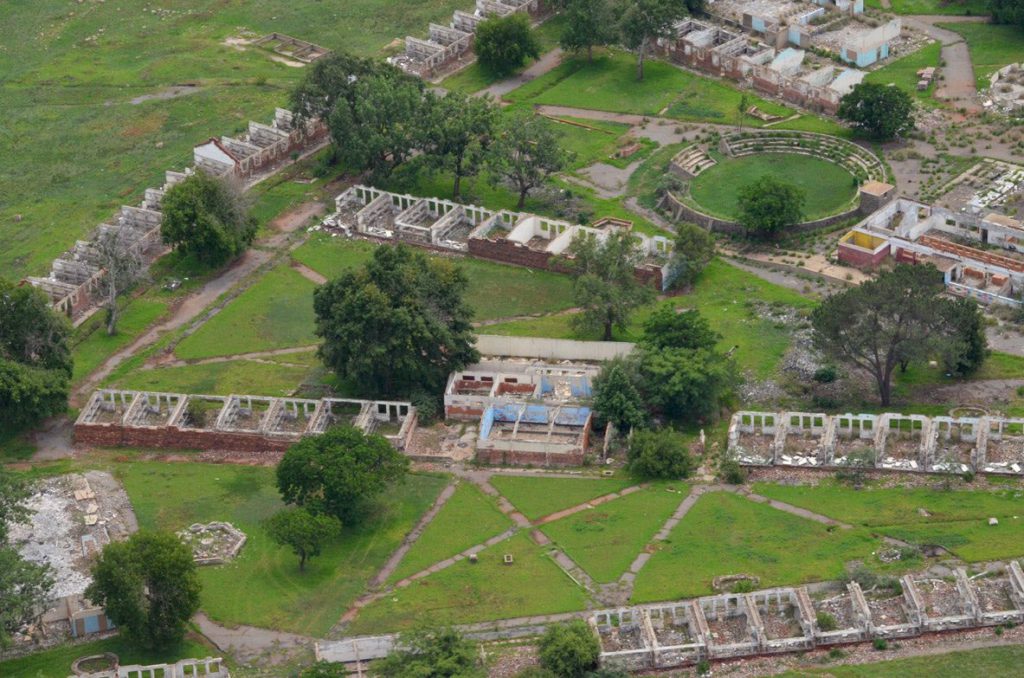 Any valuable materials have been stripped from derelict infrastructure at the abandoned Blyvooruitzicht Gold Mine near Carletonville. The mine fell through loopholes in insolvency legislation after a deal to sell the mine soured

The impacts of mining and mine closure are beginning to garner broader government recognition. Legislation is evolving with the government transitioning to the One Environmental System, which will regulate various activities including mining.

In November 2015 Minister of Environmental Affairs Edna Molewa signed new regulations under the National Environmental Management Act to close loopholes in financial provisioning for mine closure.

The regulations also direct companies to provide enough money for “remediation and management of latent or residual environmental impacts which may become known in future, including the pumping and treatment of polluted or extraneous water”. This puts the cost of acid mine drainage back on companies. However, the actual calculating of financial provisions remains tied to a document written in 2005, so it remains unclear what effect these new regulations might have.

Inspired by last year’s hearings on artisanal and small-scale mining, the South African Human Rights Commission decided to take on the impact of mining across the country. The commission recently held five days of hearings to gather the experiences of communities affected by mining, mining houses, government departments and civil society. A report is expected to be published next March.

• Find the data: Download the spreadsheet of mine closures in Gauteng, KwaZulu-Natal and Eastern Cape here.

This investigation was sponsored by #MineAlert and Code for Africa. Mark Olalde’s work is financially supported by the Fund for Investigative Journalism, the Fund for Environmental Journalism and the Pulitzer Center on Crisis Reporting. Aerial footage was made possible by The Bateleurs.