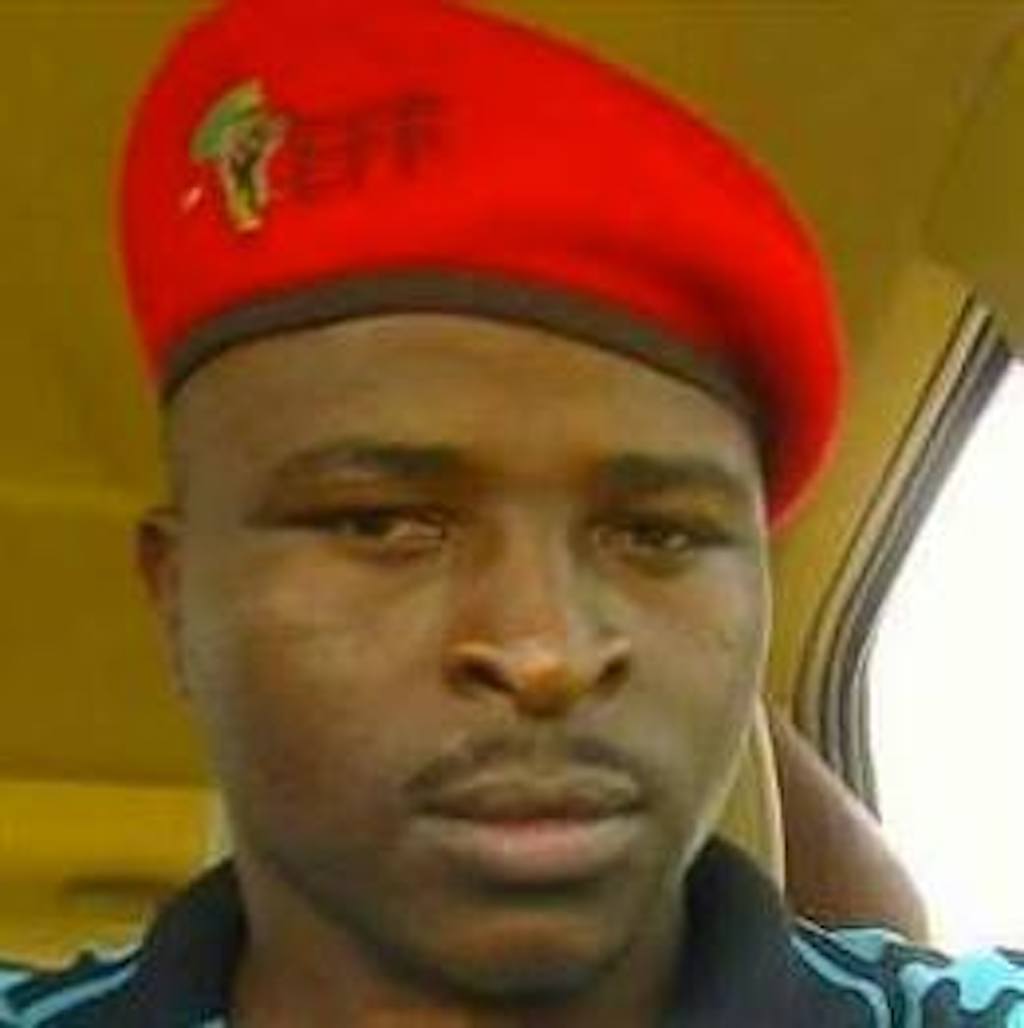 Posted on 2 Aug, 2022 by Oxpeckers Reporters

‘Navara’, the alleged leader of poaching syndicates preying on rhinos in the Kruger National Park, has been arrested. Estacio Valoi, who has been tracking him for years, reports

Simon Ernesto Valoi, widely known by his nickname ‘Navara’, and an associate, Paulo Zukula, were caught in possession of eight rhino horns

Authorities in Mozambique have arrested “Navara”, aka Simon Ernesto Valoi, and an associate in connection with allegedly attempting to sell rhino horns in the country’s capital, Maputo.

For many years Navara has had the reputation of being one of the most notorious rhino poaching syndicate leaders in Mozambique. He was arrested with an associate, Paulo Zukula, on July 26 2022 in possession of eight rhino horns.

Hilario Lole, a spokesperson for the National Criminal Investigation Service (SERNIC), said the pair had brought pieces of horn from rhinos poached in Mozambique’s Gaza province and from Massingir district, on the border with South Africa’s Kruger National Park, to Maputo to meet a potential buyer — not suspecting they were being caught up in a sting operation.

At a press conference, Zukula said he had accompanied Navara to Maputo to set up the sale, and met someone known to Navara at a hotel in Maputo: “He told us to go down. We went down, we entered the [hotel] reception. He [Navara] is the one who knows him. They started talking. When he left, the police came in.”

Navara, who also uses the name Simon Tivani, lives in Massingir, a dusty, downtrodden district about 330km north of Maputo, on the border adjacent to the Kruger National Park. He is widely believed by locals and law enforcement alike to be a violent poacher and a car thief, responsible for more than one murder.

Conservationists such as Carlos Lopes Pereira, director of law enforcement and anti-poaching at Mozambique’s National Administration of Conservation Areas (ANAC), have long warned that organised syndicates infiltrating Kruger from neighbouring Mozambique are the biggest threat to rhino populations. The PoachTracker database maintained by Oxpeckers records that at least 5,230 rhinos have been killed in Kruger since 2010.

During a tour of Massingir in 2017, it was evident that Navara and other poaching kingpins had built mansions with the profits from the sale of rhino horn to Chinese and Vietnamese buyers over the past two decades.

These opulent homes stood in contrast to the general poverty of the rural district of Massingir, where most people are subsistence farmers, with few other employment opportunities. Recent development of ecotourism had not yet translated into widespread benefits for the local population.

This lack of opportunity makes it easy for rhino horn traffickers to recruit young men to send across the border to hunt rhinos, a risky undertaking that exposes these low-ranking poachers to capture or even death in firefights with heavily armed rangers and other security forces protecting the park and the border.

Antonio Abacar, administrator of Mozambique’s Limpopo National Park, said the country’s wildlife laws and their enforcement were flawed. “The legislation only serves to punish the low-level poachers, leaving the traders, transporters and middlemen at large,” he said.

But increased attention by Mozambican authorities to combating poaching of rhinos and other wildlife crimes may be beginning to bear fruit. Another poaching kingpin, Admiro Chauque, was arrested in May 2021 and sentenced to 30 years in prison in January this year, after being found guilty of hunting protected species, illegal possession of weapons, and association to commit crimes.

Estacio Valoi is a Mozambican journalist with more than 10 years’ experience investigating environmental issues with Oxpeckers. He has reported extensively on poaching, climate change, illegal logging, and wildlife trafficking syndicates operating in Mozambique and beyond.

This article was published by Mongabay here