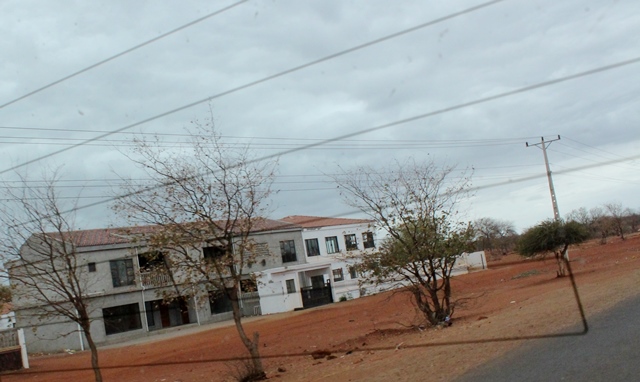 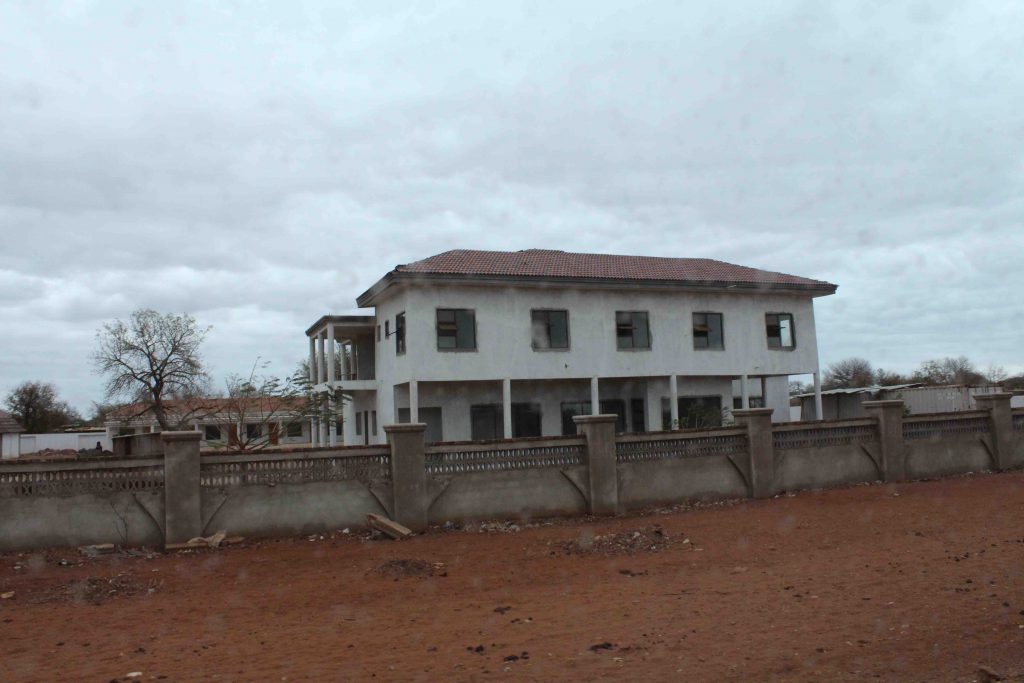 Young Mozambicans living along the border with the Kruger National Park leave their families without saying goodbye and, motivated by the pursuit of money, head out on a journey that most of the time means no return.

In their pursuit of rhino horns and, more recently, elephant tusks, these ground-level poachers are intercepted by game rangers and security officers inside the Kruger carrying firearms. Usually they shoot before asking questions. Often the young Mozambicans die.

Massingir is a dusty, dirt-poor district about 550km drive from Johannesburg. It is located in the north-west of Gaza province and borders with Chicualacuala district in the north, with Magude district in the south, Mabalane in the east and South Africa’s flagship Kruger park in the west.

Despite its potential, described in the development plan of Massingir in 2010, there are no industries or employment, agriculture is minimal, and the recent development of ecotourism does not yet benefit the local population on a large scale.

As the sun rose on the red village, we set out for a morning encounter with Justice Ngwenya, also known as “Nyimpine”; Simon Ernesto Valoi; also known as “Navara”; and a man called Chiure – all identified as leaders of the youths eager to earn money out of killing. Attracted by the wealth the leaders flaunt, the youths come to them to request firearms and instructions on how to poach inside Kruger.

Acting as the interpreter for a film crew, I wanted to sit face to face with the poachers but things didn’t work out as expected. Only Chiure, the original and the oldest poaching leader, and Nyimpine, the second in the system, would meet us. 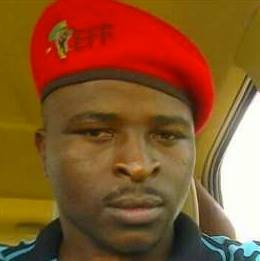 Navara is the most notorious of the poaching leaders. This is an unsourced photo of him from 2015

Navara, the most notorious, was unavailable though we were told by locals that he was seen coming in and out of his home precinct in a white Land Cruiser.

The first in the local hierarchy is Chiure, followed by Nympine and then Navara – although there are others poachers in Nyangani and Nkanhine, such as Chief Lucas Ringane, who in 2014 saw his young brother killed in Kruger park.

First we went to the home of Jaime Cumbane’s, the community leader of the Eduardo Mondlane neighborhood, recently created when about 500 families were resettled out of the Limpopo National Park – the transfrontier park that is shared between Mozambique and northern Kruger.

The resettlement process is part of the regional socio-economic plan, and has brought some new opportunities to the communities that were previously exposed to wild animals and drought in Limpopo National Park. However, there are still about five communities comprising more than 13,000 families living inside the park, according to Antonio Abacar, the park’s outgoing administrator.

While talking to Cumbane, his eyes were constantly surveilling his yard, trying to monitor his kids’ activities, since the departure of youths to the killing fields of the Kruger is never announced.

Seeking easy money and mansions, the youths have no time for goodbyes and much less prospect of return, he said. “The possibilities are they return with rhino horns, or come back inside a coffin.”

Abacar said a lot needs to be done in terms of the Mozambican judicial system because it is “fragile” and still benefits the poaching syndicates.

“The current legislation only serves to punish the low-level poachers, leaving the traders, transporters and middle men at large,” he said. “There is a difference in the legislation in South Africa, and the Mozambican law is weak.” 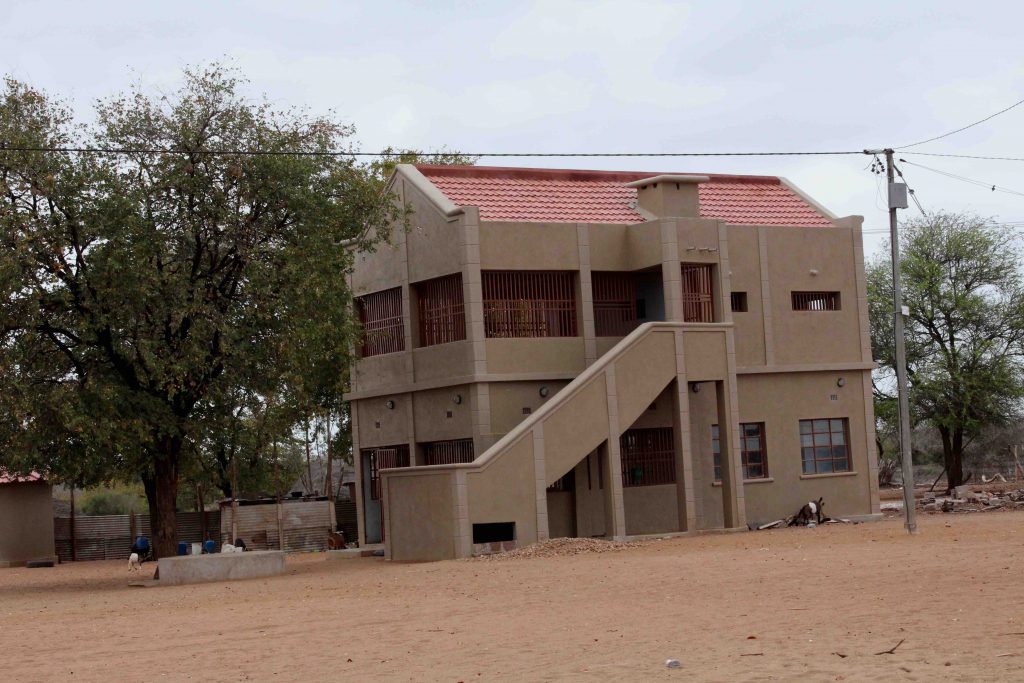 The home of the original and the oldest poaching leader, known only as Chiure

Those poachers who have returned and managed to make money out of the illicit business have guzzled it up in the acquisition of fancy vehicles and flashy homes. The incentive for poaching declined in 2016 due to the high number of the deaths and arrests by rangers in Kruger, said Cumbane.

“Before it was a profitable business, but now because of the many deaths and the tight security in Kruger, the same men are suffering and they have parked their vehicles and motorbikes, and their houses remain unfinished. And now they have nothing to do, it is a misery,” said Cumbane.

The way the business works, he said, was that the boss places orders, and in case of death he supports all the funeral expenses “as a way of demonstrating being a good person, but we know that they are bad people”.

He said the government knows all the poachers and could reduce the levels of criminality, but the political leaders are also involved.

In Massingir everybody knows the people from the syndicates, because they drive luxury vehicles, possess fancy houses and nobody detains them.

“This comes from the top and we are at the bottom, we mean nothing,” said a local leader who did not want to be named. “They are the ones doing things here and shipping out the horns. It has been difficult to find solutions for these problems.”

Another community member said the poaching syndicates had misused the money. “With the money involved in this business Massingir could have reached a high level of development, and at this moment of the crisis the poachers would not be suffering.

“The poachers have only spent 10% of the money they earned through poaching on houses and cars. I even saw some people keeping money inside broken fridges. Can you imagine a broken fridge full of dollars and rands?”

With time ticking it was necessary to find the bosses of the poaching. We met Chiure, the original poaching leader, in his village shop and chatted with him about his area. He sold us beer and water and talked about the drought, but avoided any conversation about poaching.

It was a risk to look for Navara because of his popularity within the community and the government. He is known as a dangerous criminal, linked not only to poaching but also to alleged murder and car hijackings – which apparently was his first “profession”.

“Navara is a very dangerous person. If you investigate him the population will report you to the police, like what happened to the overseas journalists who were here and were almost killed by the locals,” said one of our sources on the street who did not want to be named.

He was referring to the incident in March 2015 when German reporter Bartholomaus Grill and Swedish photographer Toby Selander were held hostage by locals after they approached Navara’s house in an attempt to interview him. They were arrested by police in Massingir and hauled before a local court before the Swedish embassy intervened and arranged for them to leave Mozambique. (see Journalists held captive by rhino poachers) 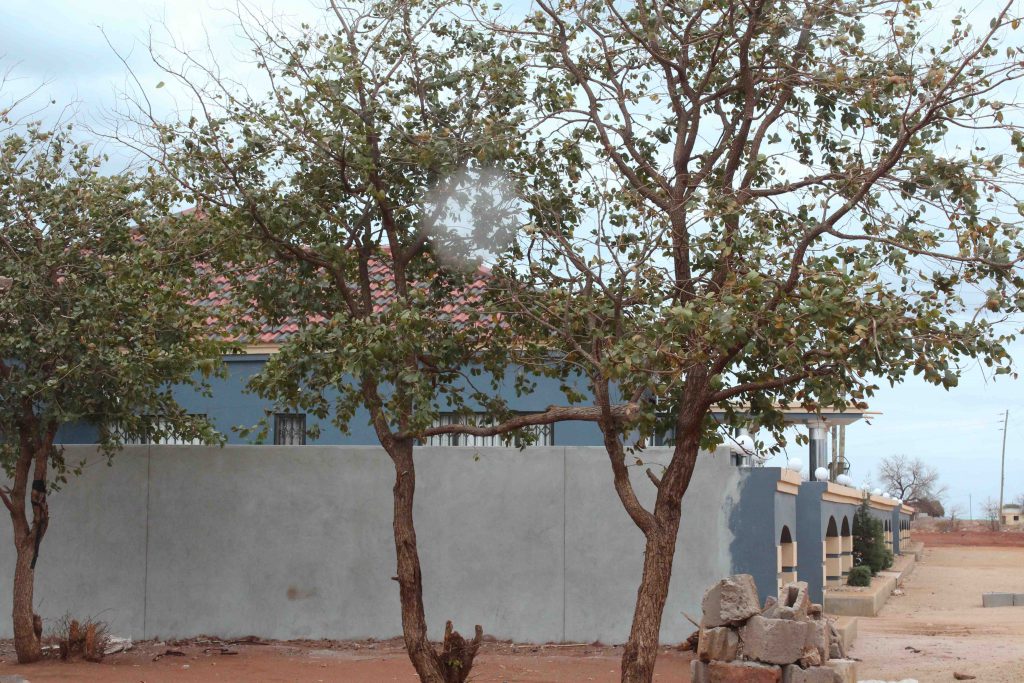 Outside Navara’s home. He was unavailable though we were told by locals that he was seen coming in and out of his precinct in a white Land Cruiser

Among the syndicate kingpins and their associates, there is a pact that if poaching assignments succeed the payment is fulfilled and in the case of death, the same bosses take responsibility for sponsor all the funeral costs. They say the son of that family had gone to them asking for a job, and a firearm. In most instances the parents are afraid of being victimised or killed by the chief, so they play along.

Chiure has buried more than seven boys from the area that he hired for poaching. He possesses a block of flats and a grocery, and drives a white Land Cruiser.

He knows Navara, but they are not friends. Navara is younger than him.

We then drove to “Nympine’s” mansion along the main road to Chokwe district. The poacher-preacher was waiting for us and our conversation was conducted sometimes in Changana, English and Portuguese, but it was not easy to get the full story. 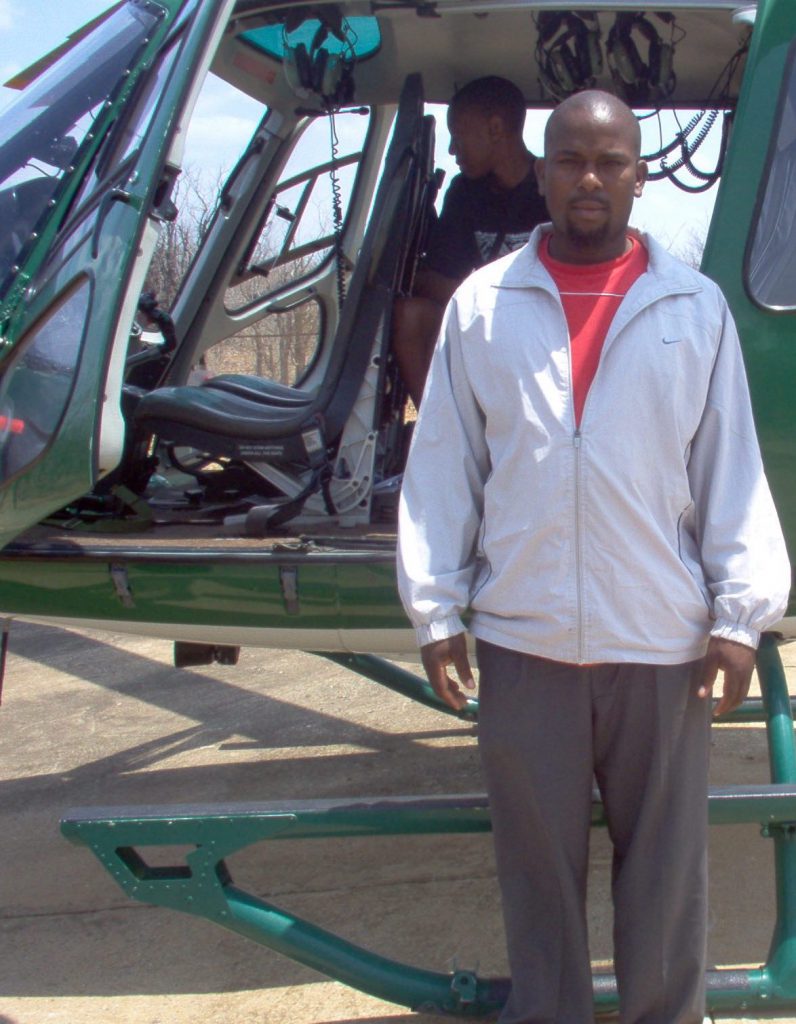 The poacher-preacher: This 2015 photo of Justice Nyimpine, leaked to Oxpeckers, showed him in a SANParks helicopter

It wasn’t the first time Nyimpine was in such a situation, he already knew what we were going to do and immediately expressed his availability in collaborating with us – so long as he could charge us R15,000 for the interview.

“Are you the ones looking for me?” he asked. “I can sit here with you and tell you everything as long as you pay R15,000 to record, shoot and film. Otherwise no recording, shooting and filming is allowed.”

It took us almost two and a half hours to convince Nyimpine that we were not paying. As the interpreter of the group I was getting a headache from speaking in three different languages.

Nyimpine said he knew the crew were journalists and insisted they needed to pay. “This is my place and everyone is under my orders. Do you want to know whether they are poaching? Yes, of course they are,” he said.

“I am Justice Nympine and not a simple citizen,” he continued. “I am the greatest and I am not easy to find. Massingir lays down before me and I am not here to waste my time.”

Nympine went to school until standard four, has four wives and 21 children to look after. He runs cattle breeding, butchery, and banana plantation businesses in Massingir. He said he wants to see all his children go to university.

He claimed to be a humanitarian, forgetting that many of the youths sent to Kruger park by him and his partners to hunt rhinos were shot dead by the rangers.

“This is a gift I was given by God to help others. I am the preacher of my church,” he said, showing some videos on his cellphone of mass and inviting us to his church to attend one of the masses conducted by him.

Then he returned to his main activity: “I am a poacher, I order and sell. I don’t miss a job, I am the boss and I risk my life to work and get money.

“I know how it is done and who are involved, including the market and the potential buyers. This is a network, a powerful syndicate.” Without payment, though, he would not reveal the details. 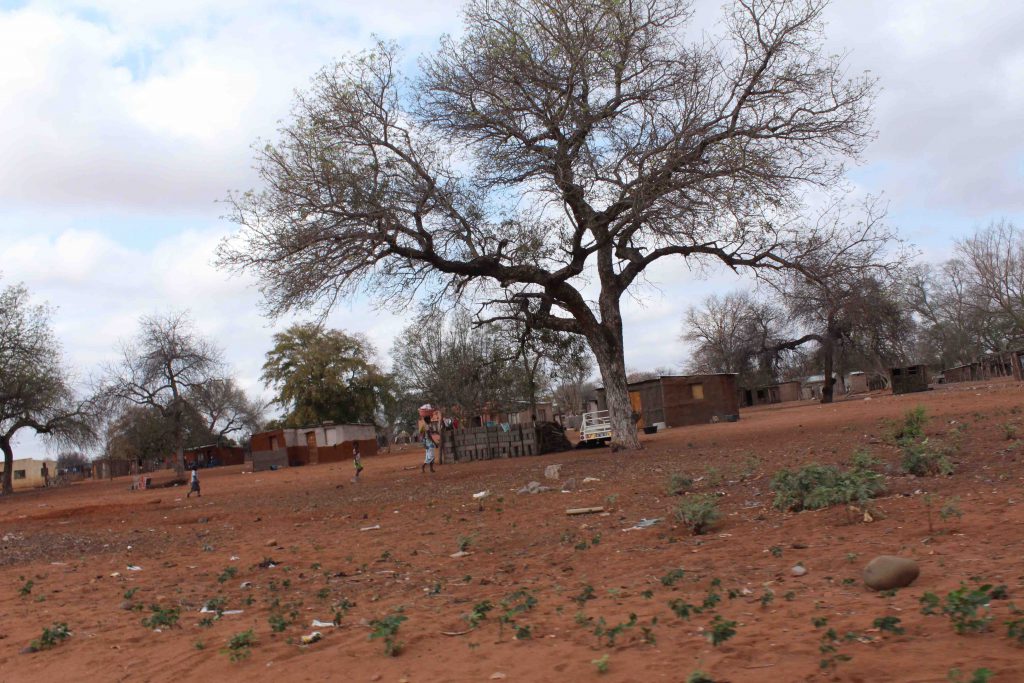 According to Nyimpine, the business of poaching has also benefited some rangers inside the Limpopo National Park, the transfrontier reserve created in 2001.

“At that time there was no poaching. Then a South African ranger [name withheld] who is still there started patrolling the park all alone, against the rules. He had a gun and killed some ‘problem animals’ such as elephants and rhinos. His vehicle and helicopter were never inspected,” Nyimpine said.

The leaders of the poaching gangs did not originate in the Massingir community, he said, because the community was originally keen to protect the species in the Limpopo National Park.

Before the rhino poaching started to rise in 2009, the Limpopo National Park hosted up to 20,000 tourists a year and the local communities receive 20% of the tourism profits. After the rhinos disappeared from the transfrontier park, the tourism numbers dropped and so did the revenues.

Nyimpine said his sources had told him that some South African conservationists were helping the poachers to buy luxury vehicles in South Africa.

“I saw one car bought for cash. Where did they get all that money to buy such a car? There is lot of connivance in this poaching business,” he said. – oxpeckers.org

More investigations in our Mozambique trafficking links dossier:
• The uphill battle to save rhinos in Mozambique
• Rhino trafficking: Down the rabbit hole at Kruger