Reporting on the rise of green crime 28 Apr Reporting on the rise of green crime

The #WildEye Europe Training and Professional Support Programme builds on the achievements of mentees in Southern Africa, such as Nompumelelo Mtsweni (above)

“Green crimes” are on the rise across the globe, and data journalists play an important role in uncovering offences such as illegal trade in wildlife, said Dr Caroline Cox of the Portsmouth Law School during a recent mentorship programme hosted by Oxpeckers Investigative Environmental Journalism and Journalismfund.eu.

“There is an awful lot going on that facilitates the act [of green crimes], and it’s organised,” said Cox. “These are crimes that are directed against sentient beings – beings with feelings and emotions that are not human.

She was speaking at a training event for journalists held on April 14 2022, the second learning webinar of the #WildEye Europe Training and Professional Support Programme.

The mentorship programme brings together a team of data journalists from Italy, the Netherlands and the United Kingdom to collect, analyse and publish data on environmental crimes. Their work forms part of the broader #WildEye Community of Practice, and builds on the achievements of their counterparts in Southern Africa (See Journalists learn new skills to expose wildlife crime).

During the first learning webinar, held in March 2022, the European journalists received environmental data journalism orientation from fellow #WildEye mentees around the globe – including Mbauwo Chavula from Malawi, Sharon Atieno from Kenya, Hsiuwen Liu from Hong Kong, and Sean Ndlovu from Zimbabwe. 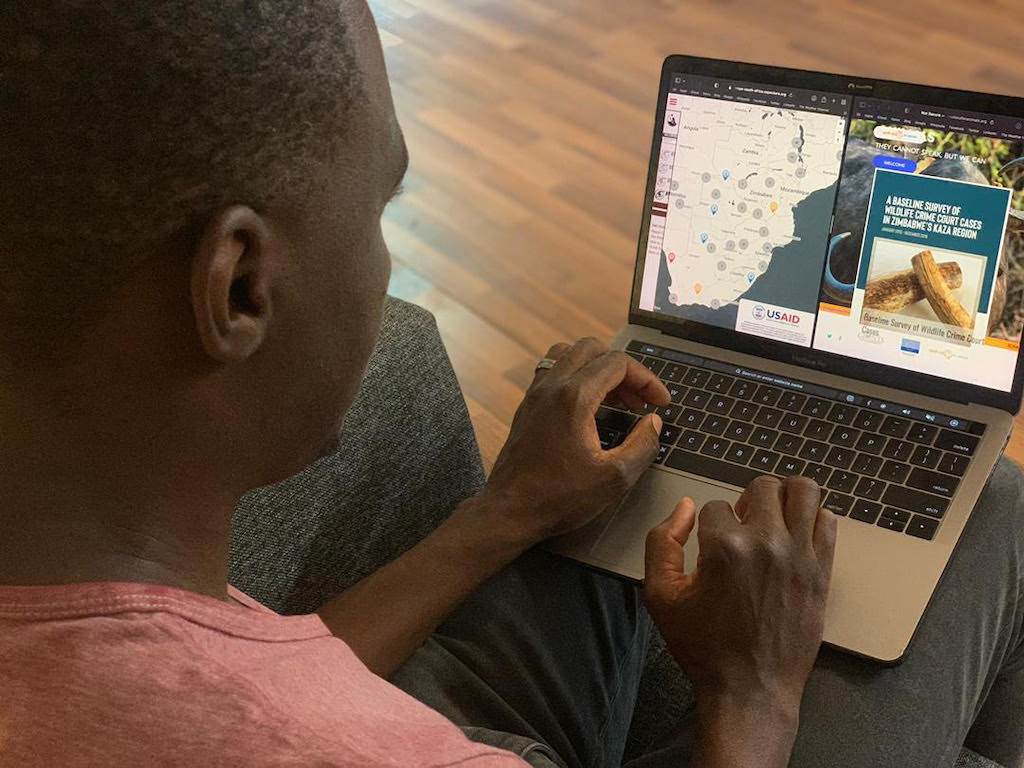 In her presentation Cox focused on understanding the European legal framework and the value of collating data from court cases, as well as data collection and privacy. Participants also learnt how to submit official requests in the EU and the UK, and what to do when confronted with red tape.

A senior lecturer at the University of Portsmouth in England, Cox’s entire research life has been focused on illegal wildlife trade and, more specifically,  illegal ivory trade. Her biggest project to date, the Elephant in the Sale Room, was used by the British government to assess the effectiveness of stronger regulations regarding the sale of ivory artefacts. This led to the Ivory Act 2018, which bans people from dealing in ivory in the UK.

“We have a number of initiatives aimed at the protection of the natural world, but when you’re trying to do that on a transnational scale across 20-odd European nations it’s a very difficult thing to do,” Cox told the journalists at the training webinar.

Some of her top tips to overcome these obstacles included building relationships with the officials who can assist with access to information, as well as collaborating with other journalists, NGOs and monitoring organisations. She encouraged the team to persist, to “keep going, because without you to shine a light, imagine what would get brushed under the carpet”.

The task-based learning part of the mentorship programme sees participating teams of journalists source regional data sets of seizures, arrests, court cases and convictions related to wildlife and other environmental crimes.  These are hosted and shared on the digital #WildEye Europe tracking and mapping tool. 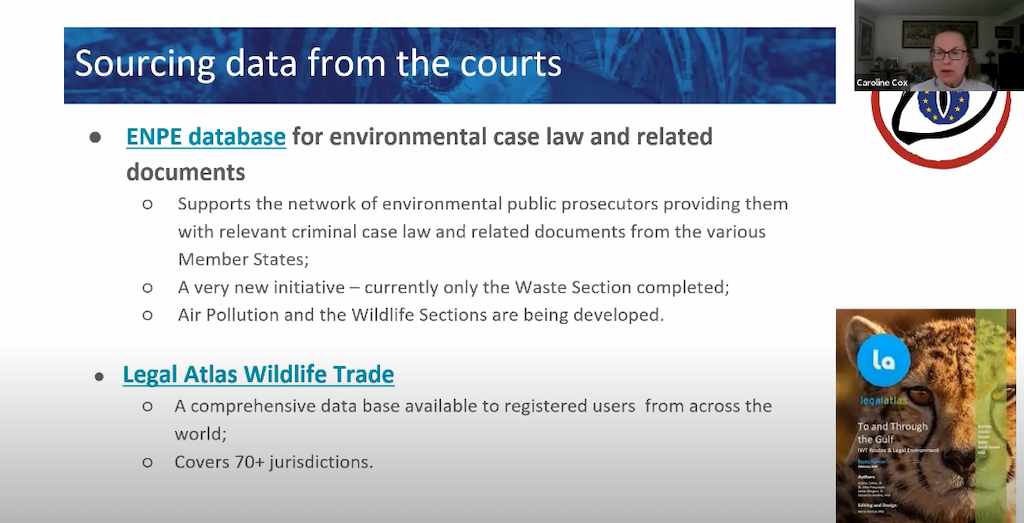 Knowing the law around data access and privacy, and what you can and cannot access legally, is crucial to improving access to information and the skills for journalists reporting on environmental crimes, she said. She also highlighted the intersection between the role of the media in reporting on matters of public interest and the rights of data privacy.

Cox recognised the difficulties in accessing information about ongoing and active court cases. In the UK, for instance, privacy legislation has expanded to focus on protecting the individual’s right to privacy.

“You will never be told about the accused person’s previous offences,” she explained. This is to avoid jury and judge bias.

She advised the team to keep an eye on social media and press releases from law enforcement agencies, as this is often where case updates are shared.

For those based in the UK, getting to know the team who works at the National Wildlife Crime Unit can often come in handy. Not only do they share regular updates, but they also offer additional research and data analysis into these crimes.

For participants based in the EU, there was slightly better news: The European Charter of Fundamental Rights says that citizens or residents of member states have “a right of access to documents of the institutions, bodies, offices and agencies of the Union”, she said. Official requests can be submitted in any written form, including via email, in any of the 23 official languages of the EU and are free of charge.

Training events over the coming months will further enhance the ability of the team to collate, analyse and tell compelling stories with the data they collect. They will share their findings and experiences in a public webinar scheduled for July 2022.

Find the presentation by Dr Caroline Cox on YouTube here, and information on the Oxpeckers Learning programme here.

The Oxpeckers #WildEye Europe Training and Professional Support Programme is supported by a grant from Journalismfund.eu