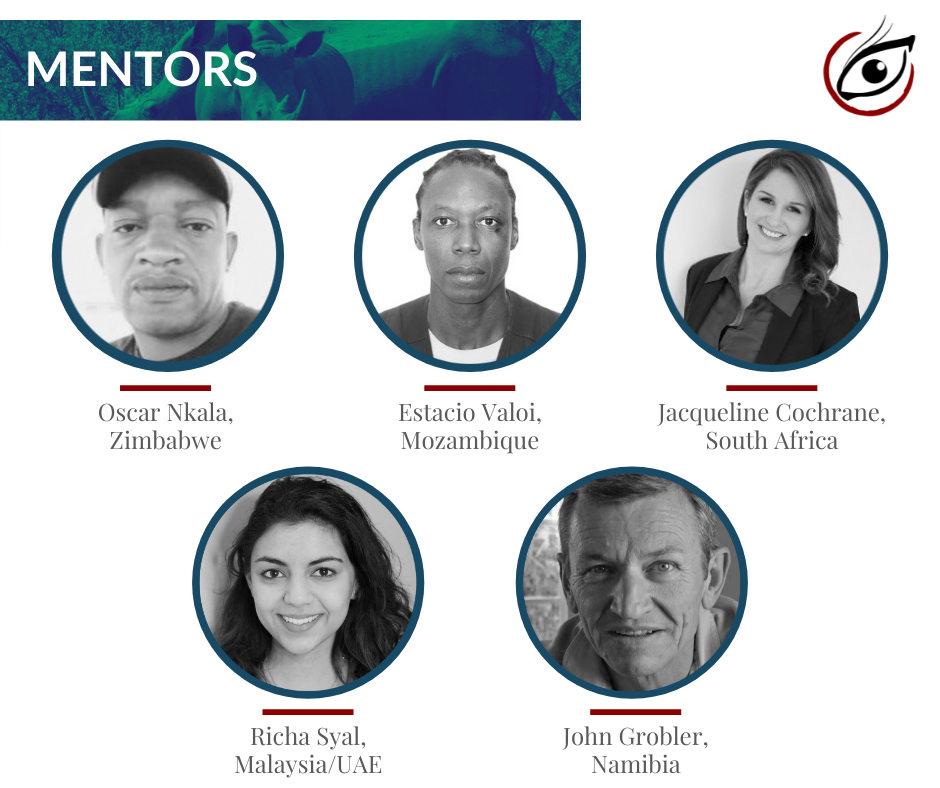 “There’s the story you know you can tell, the story your sources tell, and the story the data tells. Where those three intersect is the sweet spot for an investigative journalist reporting on wildlife crime,” observed wildlife crime reporter Jacqueline Cochrane, speaking at the launch of the Oxpeckers #WildEye training and professional support programme in Southern Africa on 21 July 2021.

Hosted virtually by Oxpeckers Investigative Environmental Journalism, with the support of USAID’s VukaNow Activity, the event brought together experienced investigative journalists and a team of mentee data journalists from Zimbabwe, South Africa, Malawi, Botswana and Mozambique, to kick off a collaborative project to enhance wildlife crime reporting.

#WildEye is a digital platform that Oxpeckers launched in 2019. Its aims include helping journalists to combine traditional investigative reporting techniques with forensic data analysis and geo-mapping in order to track wildlife law enforcement activities. Initially focused on Asia and Europe, interest in #WildEye from African journalists tackling wildlife crime has been steadily increasing.

“We’re extremely excited to be launching #WildEye Southern Africa, seeing how critical data is to producing ground-breaking, in-depth investigations on a range of topics,” noted Fiona Macleod, who co-founded Oxpeckers in 2013.

Wildlife crime is a multi-billion-dollar transnational business that is decimating Africa’s iconic animal populations and undermining the economic prosperity and environmental sustainability of countries and communities throughout Southern Africa. It threatens social stability and cohesion as it robs and impoverishes citizens of their cultural and natural heritage, and organised criminal networks exploiting natural resources threaten regional peace and security. 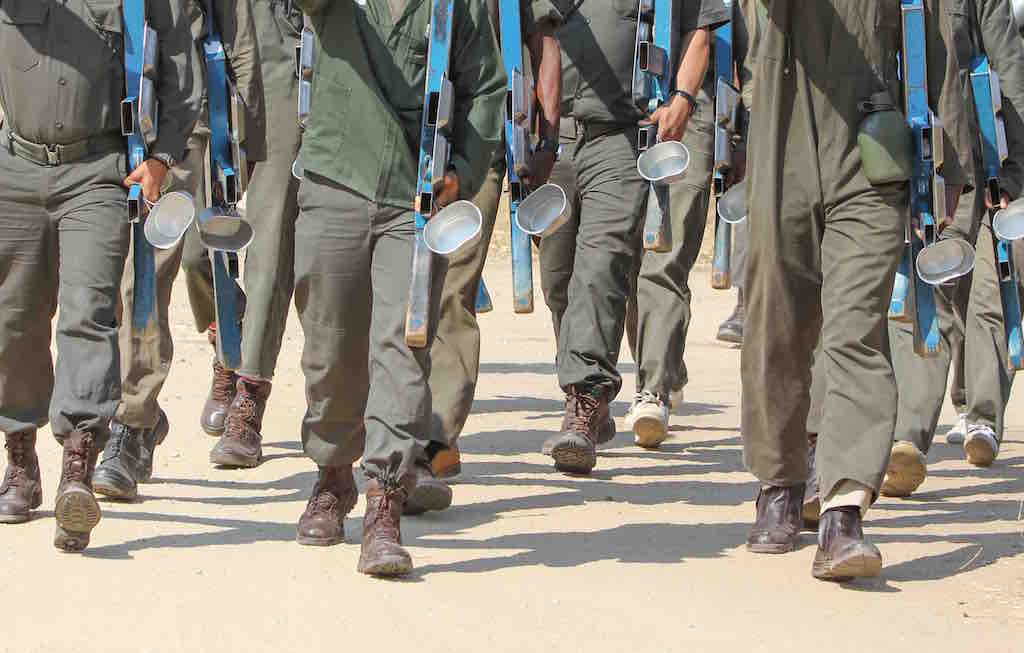 In March 2018 USAID launched the USAID VukaNow Activity to reduce the level of poaching and illegal trade in wildlife, and to enhance law enforcement capacity and promote sustainable use of natural resources.

Working with journalists in the region is one of VukaNow’s activities. “We want to enable more journalists to have the skills to report on wildlife crimes because of the important role journalists play in helping to combat wildlife crime,” said Chris Gegenheimer, noting that the activity aligns well with Oxpeckers’ aim of building capacity for and improving the impact of African environmental journalism through the use of data.

Accessing wildlife crime-related data in Southern Africa remains challenging for a number of reasons. As the participating journalists in the programme noted, sometimes this is due to attempted cover-ups, and often it’s because the data is stored in hard-to-access pdfs, isn’t digitised, or overwhelms the capacity of organisations tasked with collating or sharing it.

With these kinds of challenges in mind, over the next five months five investigative reporters who have successfully used the #WildEye tool will mentor five data journalists. The programme will host a series of workshops and exercises to help them overcome some of the challenges that exist around building data sets on wildlife crime in Southern Africa. 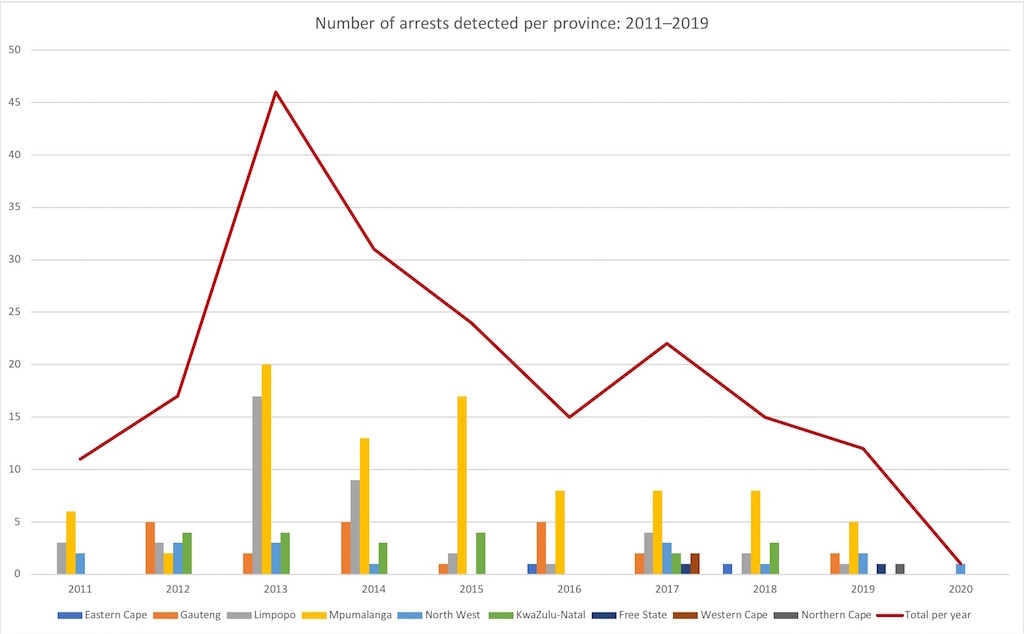 Solid backbone: Data collated on rhino court cases in South Africa was analysed for a journalistic investigation into arrests and conviction rates

“Data alone is never the story, but it can provide a solid backbone to build a story on,” said investigative reporter John Grobler, who built a data set on rhino poaching court cases for his investigation Calls for a special wildlife crime court in Namibia. Published in February this year, the investigation was supported by Wits Journalism and the African Investigative Journalism Conference.

“There is a hand-in-glove relationship between data wranglers, as we call the data journalists working on our projects, and investigative reporters,” Macleod noted. The training programme over the next five months will enhance the capacity of the data wrangling team, provide content for practical learning resources for other data journalists, and contribute data sets to the #WildEye tool.

The launch of the training programme was followed by an open public session featuring tips and tools for improving wildlife crime reporting. This introduced the #WildEye geo-journalism tool in more detail, along with the eVukaLearn platform, an online tool that offers training courses for journalists covering wildlife crime.

Find our #WildEye tools on the Oxpeckers website, and the eVukaLearn journalism training courses here.