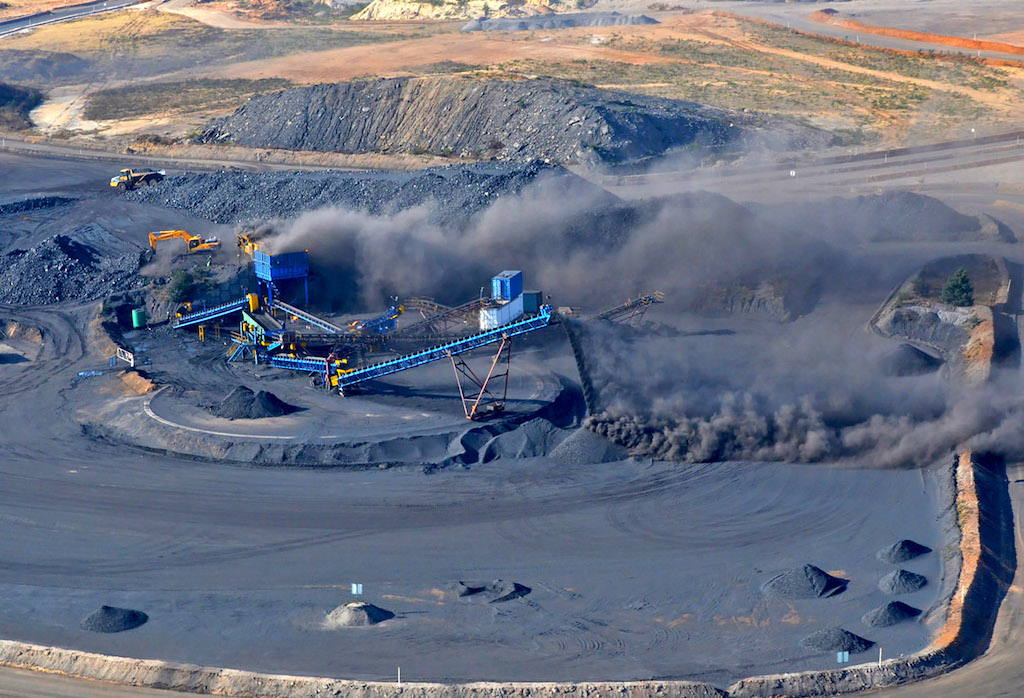 While the world is shifting away from fossil fuels to renewable energy sources, data on planned new mines indicates the global coal mining industry might not be winding down any time soon. Andiswa Matikinca reports

Coal citadel: 21 of the 30 proposed new mines are based in Mpumalanga province, which already accounts for 83% of South Africa’s coal production. Photo: Mark Olalde / #MineAlert

At the 47th summit of the Group of Seven (G7) nations in June, global leaders pledged to end government support for international thermal coal power generation by the end of 2021, and to eliminate inefficient fossil fuel subsidies by 2025.

“We have committed to rapidly scale up technologies and policies that further accelerate the transition away from unabated coal capacity, consistent with our 2030 Nationally Determined Contributions and net zero commitments,” the G7 leaders said in a communiqué.

The leaders, representing the world’s seven largest “advanced” economies, called on other countries to adopt such commitments and to join them in their efforts to phase out the most polluting energy sources.

Despite these global efforts to do away with fossil fuels and reduce carbon emissions caused by the burning of fossil fuels, coal production does not seem to be winding down.

In a report titled Deep Trouble: Tracking Global Coal Mine Proposals released early this month, the Global Energy Monitor revealed that at least 432 new coal mines, each with a proposed capacity of 1 million tonnes per annum (mtpa) or greater, are currently planned across the world. These are coal mines that have been announced, explored, permitted, or are under construction, and which have shown activity in the past two years.

Large coal operations usually draw attention and opposition from climate activists, but the report points out that midsize operations with lower public profiles are primarily relied upon to boost coal supply. The median size for a new coal proposal is 3.5 mtpa.

Is coal really on its way out in South Africa?, a #MineAlert data investigation published in February 2021, reported that divestment by larger coal mining companies in South Africa has resulted in coal mines being taken over by smaller operators and some big companies that are not listed on the Johannesburg Stock Exchange. As large coal mine producers continue to leave the South African coal industry, there is growing concern that their operations will land in the hands of companies that may not comply with environmental, social and governance requirements for listed companies.

If these were to go into operation, coal reserves which are projected to last for the next 50 years will continue to be dug up even as the rest of the world disinvests from coal mining.

“These new coal proposals are out of line with needed action. We need to be moving away from new coal rather than opening up dozens of new coal mines,” said climate justice activist at 350 Africa, Alex Lenferna.

“Reduction needs to start happening now. If we take the needed climate action, many of those coal reserves and infrastructure will end up being what is called stranded assets: they will lose their economic value and end up being losses to those who own them.”

South Africa’s coal production and consumption is ranked seventh in the world, with reported production at 258 mt in 2019 and carbon dioxide emissions of the proposed new coal mines reaching 296.5 mt of carbon dioxide. 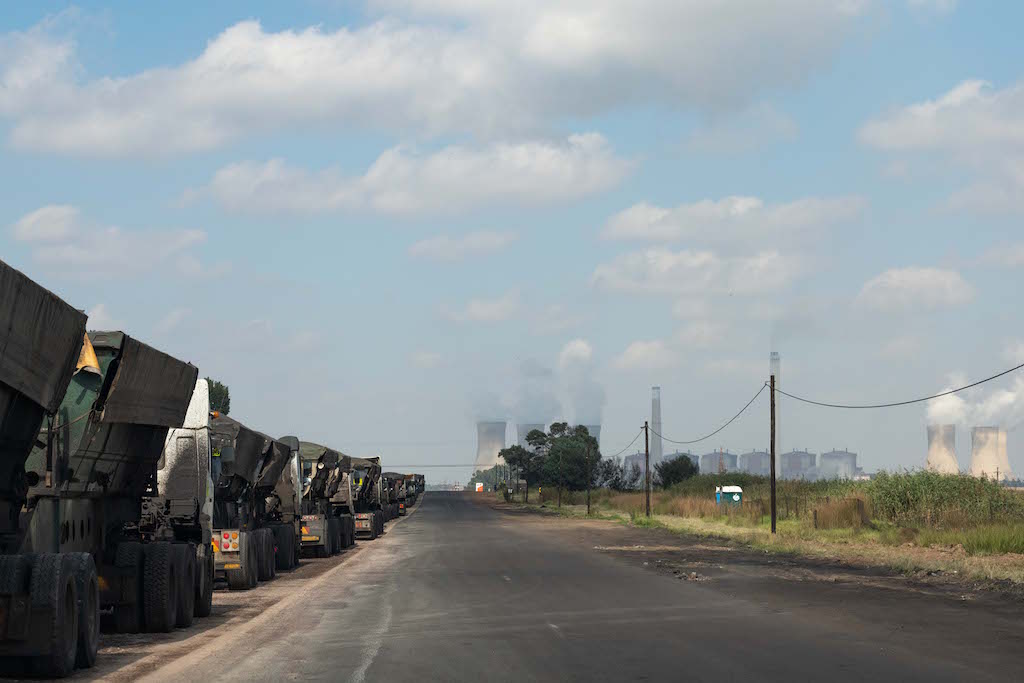 On the road: As large coal mine producers leave the South African coal industry, there is growing concern their operations will land in the hands of companies that may not comply with environmental, social and governance requirements for listed companies. Photo: Daylin Paul / Life After Coal

The Global Energy Monitor report says the country has 30 proposed coal mines, with a projected output of 129.5 mtpa. Of these 30 proposed projects, 21 are based in Mpumalanga province, which already accounts for 83% of South Africa’s coal production.

Seven of the remaining nine projects are located in Limpopo, which according to the Department of Mineral Resources and Energy (DMRE) contains about 40% of the country’s remaining coal resources and is regarded as a point of interest for future development projects. KwaZulu-Natal and Gauteng have one proposed coal mine each.

According to the DMRE, more than 70% of South Africa’s primary energy needs are still heavily dependent on coal and the country currently has 18 coal-fired power stations run by electricity utility Eskom. Twenty of the 30 new coal mine proposals identified by the Global Energy Monitor are for thermal coal used in electricity generation, and the remainder are for metallurgical coal and thermal coal used in steelmaking and other industries. 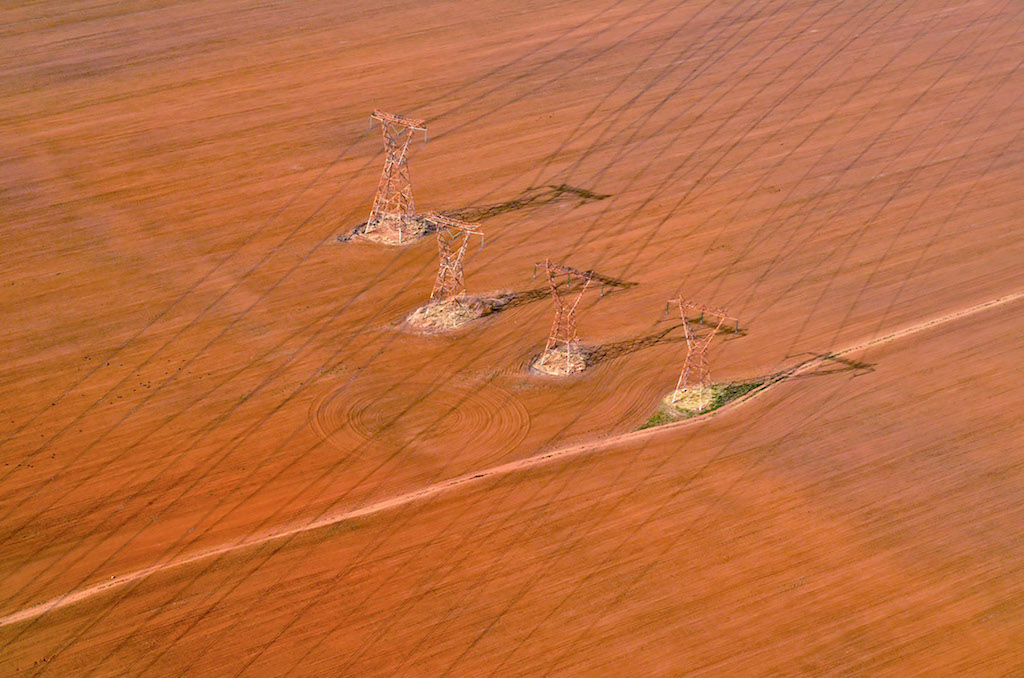 Power paradox: South Africa plans to generate more than 17 gigawatts of renewable energy by 2030, but If the proposed coal projects outlined in the report proceed for the next decade, they could increase greenhouse gas emissions by up to four times. Photo: Mark Olalde / #MineAlert

In order to limit global warming to 1.5℃ and to realise the targets of the Paris climate agreement, coal producers need to reduce their output by at least 11% annually through 2030, and to halt all new mining plans and extensions, the Global Energy Monitor report states.

If the proposed coal projects outlined in the report proceed for the next decade, they could increase the 1.5℃ limit by up to four times.

The Paris climate agreement was adopted by 196 parties in 2015 at the United Nations Climate Change Conference (COP21) and entered into in 2016, setting the global framework for countries to reduce their greenhouse gas emissions and limit the increase of global warming.

South Africa, considered a midsize industry producer, accounts for 65% (130 mtpa) of proposed coal capacity in Africa and the Middle East. If all proposed mines went into operation, the industry would see a 51% increase in current production, according to the report.

President Cyril Ramaphosa announced at the Leaders’ Summit on Climate Change in April 2021 that South Africa plans to generate more than 17 gigawatts of renewable energy by 2030 and that the country’s emissions will begin to decline from 2025.

Two months later the president announced a major move to reform South Africa’s energy sector. In a national address on June 10, Ramaphosa said the cap on the self-generation of electricity without a licence would be raised from 1MW to 100MW. This means companies and independent power producers will be able to produce their own electricity by adhering to new regulations that require them to register with the National Energy Regulator instead of obtaining a generation licence.

“There is a lot of pent-up demand by companies and corporations to build out renewable energy, reduce energy costs and also have more reliable energy, so increasing the threshold will greatly increase renewable energy [infrastructure] being built,” said Lenferna.

However, he worries that this may also provide an opportunity for other polluting energy projects such as gas. “By liberalising the market and opening it up, there is the worry that there may be polluting projects that are built under that 100MW,” he said.

#MineAlert participated in the Global Energy Monitor’s Deep Trouble report by providing data and insights on the South African coal mining industry. This article was produced with support from Oxpeckers Investigative Environmental Journalism and Code for Africa’s WanaData project.

• Data on the new South African coal mine proposals analysed for this investigation is shared on our #MineAlert tracking tool, and our Get the Data section.