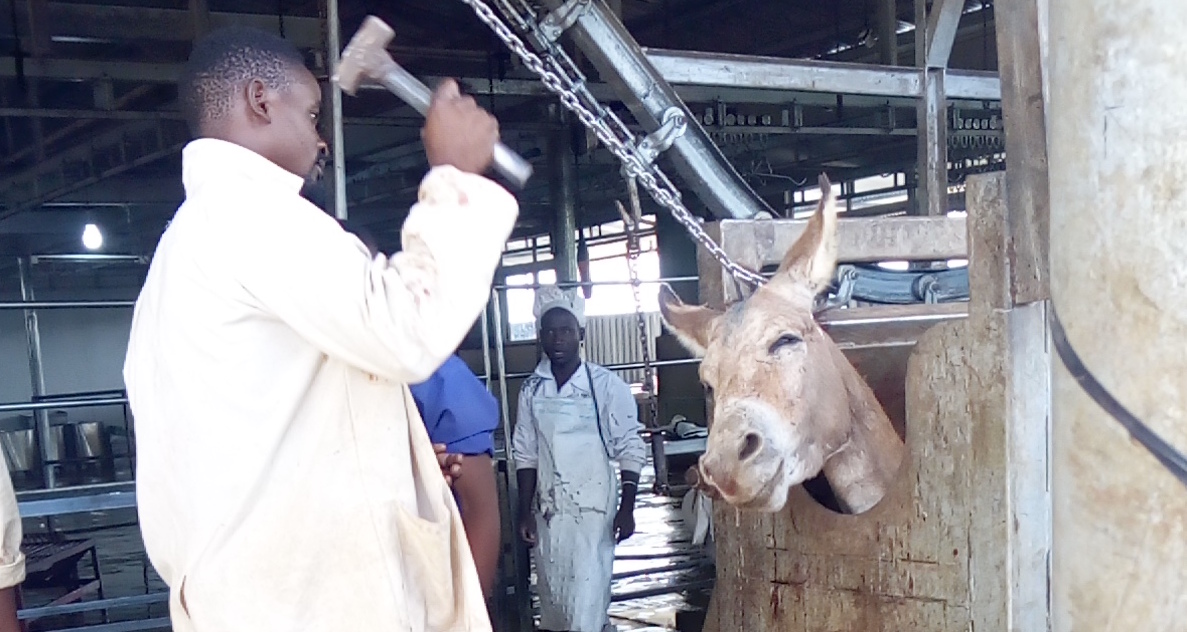 Lifting of a ban on donkey abattoirs has stimulated a regional animal welfare and security crisis in East Africa. Oscar Nkala investigates 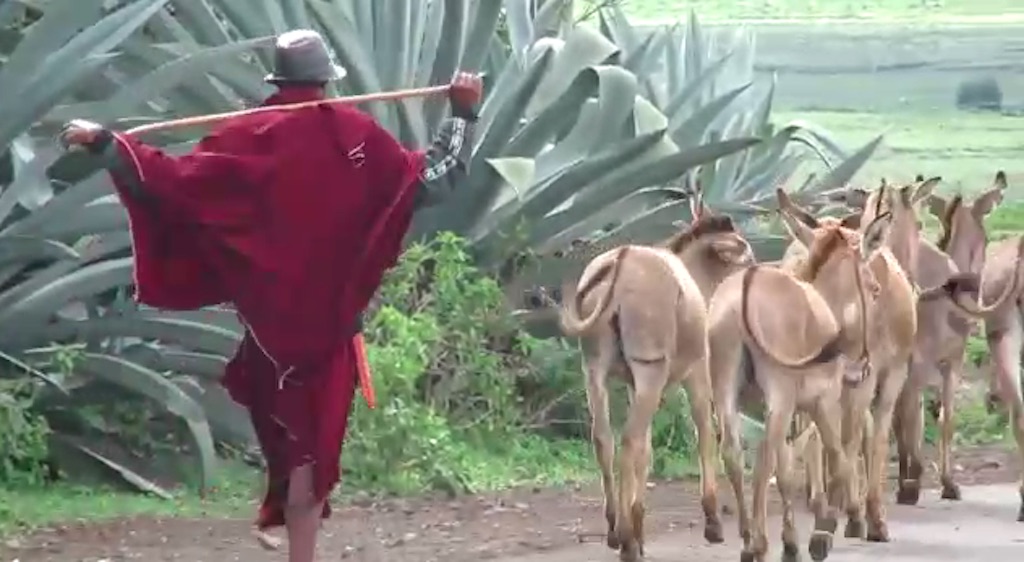 To an ordinary passerby, nothing distinguishes Shinyanga from the 30 other political administrative regions in northern Tanzania. The dusty streets and the haze of wood smoke rising over the suburbs is synonymous with other towns in the neighbouring Mwanza, Tabora, Simiyu and Kigoma regions.

However, since February 2018 Shinyanga has gained regional notoriety after the Tanzanian government overturned a ban it had imposed on the slaughter of donkeys to supply hides to China in mid-2017.

The ban had the effect of closing down Wach International (Pty) Ltd, a Chinese-owned donkey abattoir that had been licensed to operate in the country’s capital city of Dodoma in 2014.

Defending the ban at the time, the Ministry of Livestock and Fisheries said when the first abattoir licence was issued to Wach in 2014, the government had no figures on the donkey population in Tanzania, and could not determine whether there were enough to sustain the abattoir.

The ban was also a response to public outcry over a spate of donkey thefts blamed on criminal syndicates that supplied the Wach abattoir in Dodoma. The ministry said the abattoir would remain closed until a survey had been done to determine the population, distribution and status of donkeys in Tanzania.

However, government policy changed, leading to the overturning of the ban in February 2018. Soon after, the Tanzanian government licensed Fang Hua (Pty) Ltd to operate a donkey abattoir in Shinyanga. Referred to as “the slaughterhouse” by locals, the facility has given Shinyanga notoriety as the regional donkey-slaughter headquarters among farmers in Tanzania and Kenya.

According to Dr Stanford Ndibalema, a director in the Department of Veterinary Services under the Ministry of Livestock and Fisheries, Tanzania overturned the 2017 ban on donkey abattoirs because the ban had failed to stop donkey thefts. The government also believed it was losing out on potential revenue from donkeys stolen in Tanzania and slaughtered in Kenyan abattoirs for export to China, he told Oxpeckers.

“We found ourselves in a situation where we had no slaughterhouses operating, and yet more donkeys were being stolen from Tanzania and smuggled to Kenya. There were buyers in Tanzania who were encouraging and incentivising donkey theft and smuggling into Kenya,” Ndibalema said.

“With the ever-increasing number of stolen donkeys trafficked into Kenya, we decided to let the abattoirs re-open in February 2018. The idea was to let them operate while government worked out ways of regulating the industry to ensure it does not drive our donkeys to extinction.”

While the government ponders the best way to control the donkey skin trade, Fang Hua abattoir has already left the usual trail of agony and dispossession associated with donkey abattoirs elsewhere in Africa.

Chinese demand for ejiao, or donkey-hide glue, a Chinese treatment marketed to help with various old-age ailments, has turned the trade in donkey hides into a multibillion-rand business across the globe. Recent reports by animal welfare organisations estimate the demand for hides coming from China could reach up to 10-million donkeys a year, representing almost a quarter of the entire global donkey population.

The opening of four donkey slaughterhouses in Kenya since 2016 has encouraged demand for donkeys across East Africa, stimulating cross-border rustling and raising concerns among communities who traditionally rely on donkeys as a source of livelihood. (See Kenya – the epicentre of East Africa’s donkey crisis)

Inside Fang Hua abattoir. Oxpeckers chose not to share leaked videos of the slaughtering process because they are too gruesome. Photo supplied

The Fang Hua abattoir in Shinyanga is licensed to slaughter 60 donkeys a day, but animal welfare organisations believe it slaughters more than 200 a day, a figure they say is largely supplemented by stolen stock.

Locals blame the abattoir for stimulating an upsurge in donkey thefts that are affecting poor families who rely on their donkeys for transport and haulage. Growing opposition to the abattoir has forced Fang Hua to search other parts of Tanzania and south-eastern Kenya for slaughter stock.

Locals remember a time when the abattoir was on the verge of closure, struggling to secure slaughter stock until it was rescued by Kenyan donkey theft syndicates.

“At some point, they were slaughtering between 10 and 15 donkeys a day because locals who have seen the deprivation that comes with selling their donkeys refused to sell. But things changed with a new influx of donkeys from Mwanza region. Even more are stolen from Narok County in Kenya,” said a source close to the operations of Fang Ho who asked not to be named.

“Kenyan and Tanzanian gangs who steal in their respective countries meet up in border areas to exchange stock. So donkeys stolen in Tanzania end up being sold in Kenya, and vice-versa. The abattoir in Shinyanga is part of the problem. By paying more for hides than live donkeys, it encourages thefts and bush slaughters.”

Donkey owners who spoke to Oxpeckers said they were not consulted prior to the government’s decision to open the abattoir in Shinyanga.

“There were no consultations, except maybe with the Chinese applicants. If the government had consulted, we would have told them that we do not have donkeys to sell for slaughter. They could have visited Kenya to see the damage done by the donkey slaughterhouses there,” said donkey owner William Salah.

According to Kimaro Wahumbu of SPANA Tanzania, a donkey welfare organisation, donkeys are being stolen from all over Tanzania due to the rising demand. This has forced donkey prices up from around 30,000 shillings (US$13) a few years ago to more than 100,000 ($43) shillings.

“Donkeys are bought and stolen from the eastern, central and northern regions of Tanzania and are driven over land or trucked into Kenya. The factors driving this trade include high demand, market availability and localised scarcity of donkeys in Kenya,” Wahumbu said.

Wahumbu said by tapping into local and cross-border donkey theft syndicates, Fang Ho has illegally raised its daily slaughter limit from the 60 set by the government to more than 200 – despite the presence on site of inspectors from the Ministry of Livestock and Fisheries.

“A donkey abattoir licence in Tanzania is issued on condition that the slaughter stock shall be drawn from the applicant’s own farm. But in practice, that has never happened. The Chinese are buying up all they can find from locals.”

Efforts to get comment from Fang Hua abattoir on these allegations were fruitless as none of its listed phone numbers are working.

Smuggling route: The porous nature of the borders between Tanzania and Kenya makes trafficking of goods easy. Photo supplied

In Kenya, Oxpeckers met Livingstone Masija of the Arusha Society for the Protection of Animals. The organisation has documented a sharp increase in the number of donkeys stolen in Kenya being sold in Tanzania and vice-versa.

“Maasai herders who graze their animals on either side of the border steal donkeys from the Namanga and Siya regions of Tanzania by mixing them with their own herds. They are driven into Kenya through remote border areas to link up with the syndicates working for Kenyan abattoirs,” Masija said.

“The porous nature of the borders makes cross-border trafficking of goods easy, and that includes stolen donkeys which end up in abattoirs in both countries. Kenyan donkeys are being smuggled into Tanzania, but more donkeys are flowing into Kenya from Tanzania.”

The modus operandi of the donkey smuggling syndicates is ever-changing. Nowadays, it includes the recruitment of Kenyan Maasai livestock herders who graze their herds on either side of the border in regions like Namanga and Oldonyolengai.

The herders spend the day on the Tanzanian side, mixing local donkeys with their own herds. At nightfall they drive their herds back home, taking all the Tanzanian donkeys they can find with them. Across the border, the herders link up with Kenyan middlemen who buy on behalf of the abattoirs. From there, the donkeys are transported by truck to different places in Kenya.

In Mwanza region, Oxpeckers met a community leader who asked not to be named for fear of victimisation and who blamed the Maasai traditional justice system for worsening the cross-border theft and trafficking of donkeys.

“Stock theft is a big problem among the Maasai, but suspects are tried in a traditional court system that encourages Maasai solutions for all problems. No one reports crimes except murder to the police. For example, a convicted donkey theft suspect is fined three cows.

“While good for keeping peace, the traditional courts make it impossible for police to keep track of crime trends because it does not keep any records. It covers up all crimes, including cross-border livestock rustling,” the community leader said. 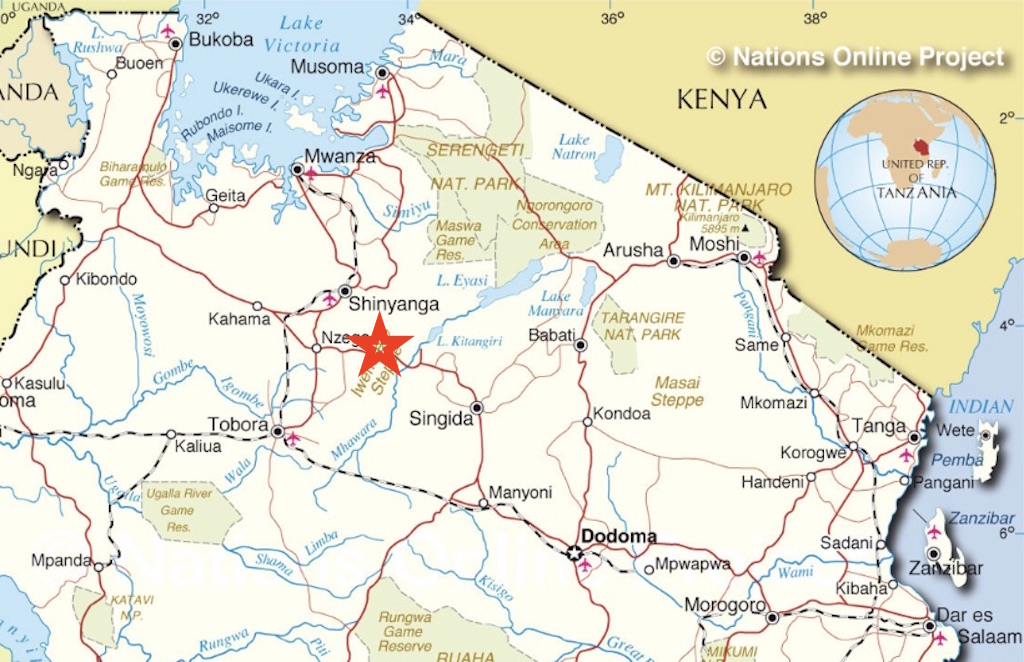 Northern Tanzania is just one of the regions in East Africa that are reeling from the impact of cross-border donkey theft syndicates competing to meet the demand from the four abattoirs based in Kenya. Map courtesy Nations Online Project

The Kenya Anti-Rustling Programme (Karp) is a Nairobi-based non-governmental organisation that monitors theft and cross-border trafficking of livestock between Kenya and neighbouring South Sudan, Tanzania, Ethiopia and Somalia.

Addressing delegates at a recent conference on the regional donkey skin trade held in Nairobi, Karp chief executive officer James Kendakor said East Africa is reeling from the impact of cross-border donkey theft syndicates competing to meet the demand from the four abattoirs in Kenya.

“Donkeys thieves in South Sudan are smuggling into the Turkana region of Kenya. Syndicates operating in the Karamajong region of Uganda are also smuggling donkeys into Turkana. Up north, syndicates made up of Ethiopians, Kenyans and Somalis are stealing donkeys from Ethiopia and Somalia and smuggling them into Kenya to meet demand from the abattoirs,” Kendakor said.

“More stolen donkeys are slaughtered in Kenyan abattoirs than legal ones. So the Kenyan policy of operating donkey abattoirs has created a regional animal welfare and security crisis. Political will is needed to resolve this. Our position is that Kenya should ban the donkey abattoirs for at least the next 10 years to allow the regional donkey population to regenerate.”

This investigation is the latest in the Oxpeckers Donkey Trade Files dossier, supported by The Donkey Sanctuary