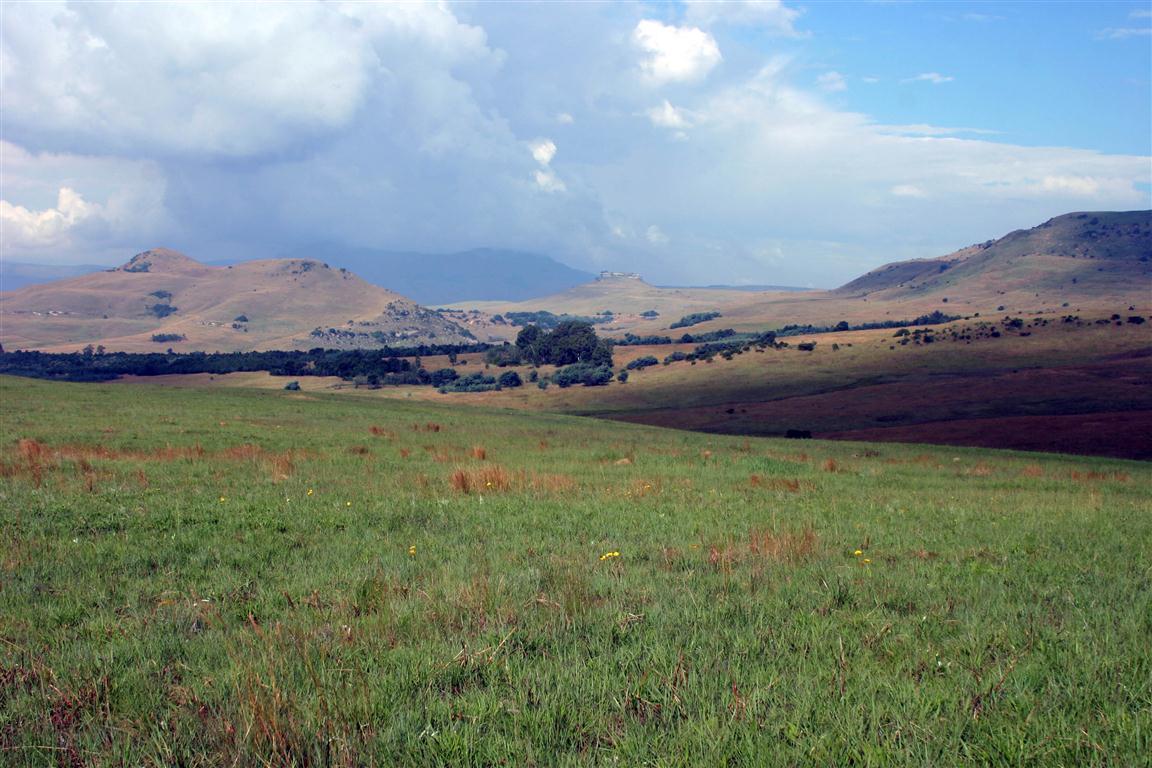 Turning point: The battle over whether mining should be allowed in Mabola could set a precedent for protected environments throughout South Africa

On the eve of a seminal court application about mining in Mabola, Mpumalanga MEC of Agriculture, Rural Development, Land and Environmental Affairs Vusi Shongwe gazetted a notice of intention to change the boundaries of the protected area.

The proposed amendment would excise four properties “to promote coexistence of mining activities and conservation within the area”, and to “ensure balance towards use of socio-economic benefits… while promoting environmental protection and sustainability”, according to the notice. 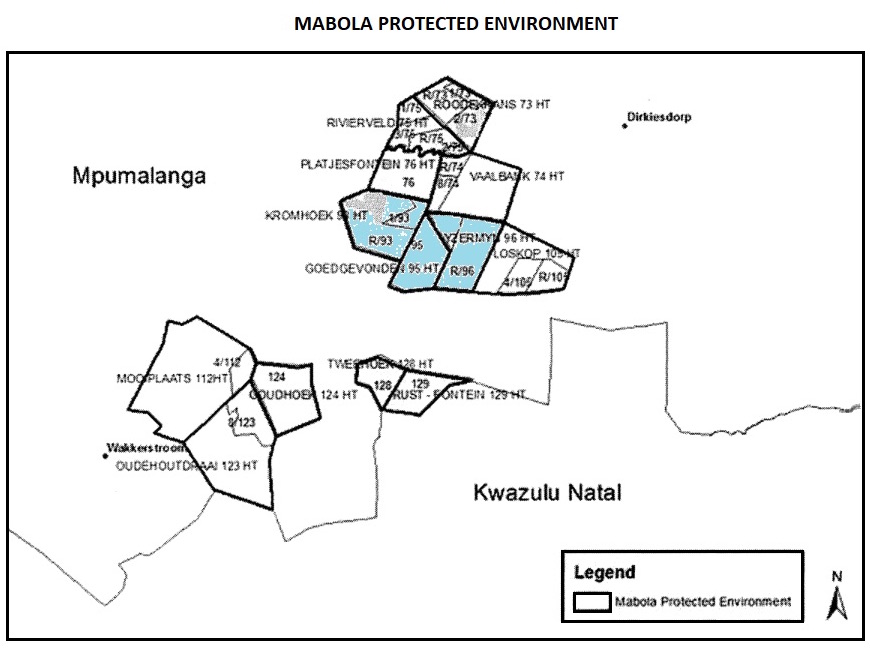 Strategic snip? The five farms coloured in blue would be excluded from Mabola and used for coal mining. Source: Provincial Gazette Extraordinary, 22 January 2014

The publication of the notice on October 12, days before the judicial review in the Pretoria High Court started on October 16, threatened to stall the proceedings. Eight civil society organisations, represented by the Centre for Environmental Rights (CER), are challenging a 2016 decision by former mineral resources minister Mosebenzi Zwane and the late environment minister Edna Molewa to permit mining in Mabola.

Shongwe’s notice of intent to “cut out” the four mining-affected farms sparked heated debate on Twitter feeds. Chief executive of mining company Atha Africa, Praveer Tripathi, tweeted that the notice “presumably” nullified the judicial review, to which associate from Richard Spoor Attorneys Johan Lorenzen responded, “… it appears to suggest the opposite. The review challenges the lawfulness of mining in a protected environment. Instead of defending the lawfulness, the state tries to remove env(ironment) status. If the review was going to fail this wouldn’t be needed.” 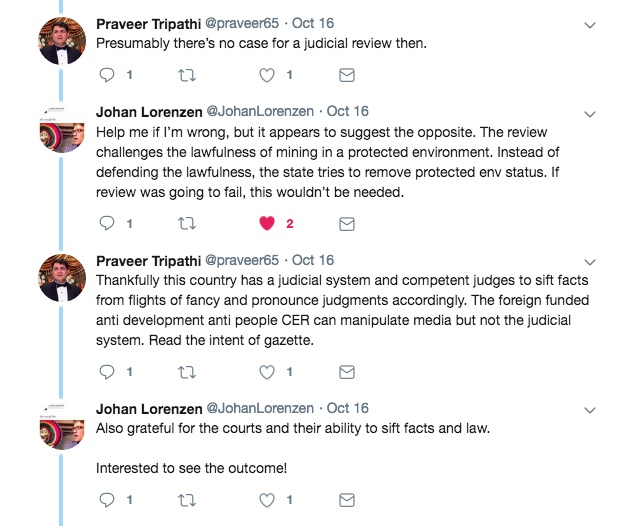 The four farms are part of the Mabola Protected Environment, comprising 21 farms that are privately owned and were declared protected in 2014. The original declaration stated the intention was to “enable the owners of the land to take collective action to conserve biodiversity and to seek legal recognition therefore”.

Totalling 8,772 hectares, Mabola is part of one of 21 strategic water resource areas, which together form the catchments for 50% of South Africa’s freshwater supply, and also provides water beyond South Africa to neighbouring countries Swaziland and Mozambique.

Oxpeckers asked CER director Melissa Fourie if MEC Shongwe could “unprotect” certain parts of Mabola and what the repercussions would be. She said the MEC does have legal powers to do this, although it has never happened before under the Protected Areas Act and it is not an overnight process.

“Yes, in terms of the Act an MEC may exclude areas from a declared protected environment, but only after a proper process has been followed – a process prescribed by the Act. Over and above broad public consultation, that process would include consultation with the minister of environmental affairs and other national organs of state affected by the proposed notice,” she said.

These would include the ministers of mineral resources, water and sanitation, land and rural affairs, the municipality in which the area is situated, the provincial government and the provincial conservation agency, as well as any “lawful occupier with a right in the land or in any part of the area affected”.

After publishing the notice, Shongwe applied for an indefinite postponement of the judicial review, prompting the CER to produce an answering affidavit opposing the motion.

Shongwe replied in defence that he had acted in the interest of 8,500 community members in the Pixley ka Seme municipality who had signed a petition in March 2018 raising concerns about the impact of declaring Mabola a protected area.

The notice calls for public inputs on the proposed excision within 60 days, and provided contact details of the acting chief director: environmental affairs, PN Ntuli, for further inquiries.

However, when Oxpeckers called Ntuli for details on the farms to be excluded, she said she was not the right person to speak to about this and referred us to the MEC’s communications department. We talked to a number of government officials in various offices in the department, who also seemed confused about the notice.

On October 17, Judge Norman Davis, who is hearing the judicial review in the Pretoria High Court, refused Shongwe’s motion to postpone the proceedings and ordered the state to pay the costs of the postponement application. The hearing continued, and Judge Davis reserved judgment on October 18. – additional reporting by Andiswa Matikinca

Find the Mabola licences and authorisations, including the documents relating to this case, on #MineAlert here.