How to spot illegal wildlife trade on social media 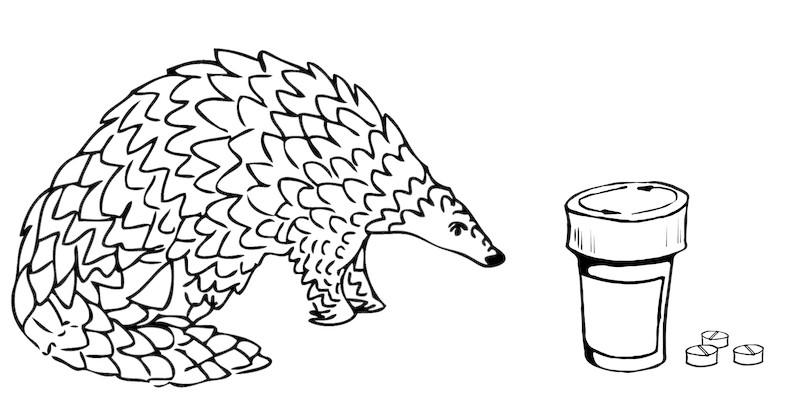 13 Jul How to spot illegal wildlife trade on social media

Telling the difference between legal and illegal advertising on social media is difficult, especially when it comes to animal parts and products. Roxanne Joseph asks some of the questions you can use to ensure that you shop responsibly 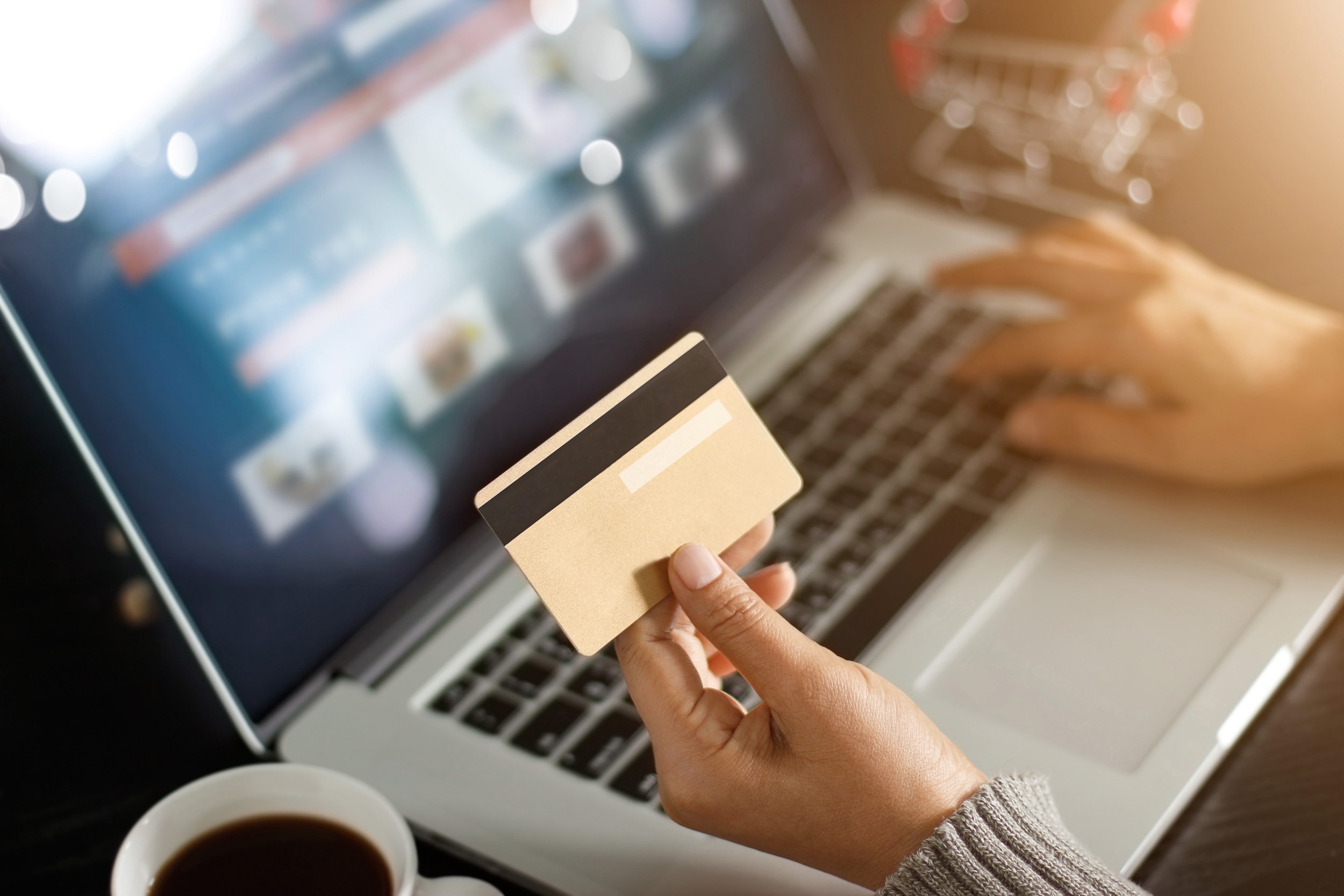 Buying made easy: Increased Internet access has made online shopping easy, but spotting fake and illegal products can be tricky. Photo: ipopba/Adobe Stock

Social media has fundamentally changed how we spend not only our time, but also our money. There are of course hundreds of thousands of places to buy things online, from the more traditional websites like eBay and Amazon to – more recently – social media platforms like Instagram and Snapchat.

The way we learn about, evaluate and buy a product, and interact with the seller, is now being mediated by social media, and companies and individuals advertising products are quickly having to catch up.

With increased access to the Internet, illegal wildlife trade is becoming rampant. At least part of the selling-buying process takes place online in many instances. It is often difficult to differentiate between legal and illegal advertising on social media, especially when it comes to animal parts such as rhino horns, pangolin scales, leopard skins and “exotic” reptiles.

The act of advertising is not illegal, but with the ultimate goal being to sell it can certainly lead to criminal activity. Law enforcement needs as much assistance as possible in identifying the people behind these advertisements.

According to a World Wildlife Fund study in 2014, 52% of wildlife populations around the world had disappeared since 1970; overhunting was identified as being a major driver behind this decline. For many species, such as pangolins, leopards, rhinos and sungazer lizards (the ones endemic and/or hailing from Africa), the study found that the illegal wildlife trade has quickly become the biggest threat because of an increase in demand across the globe.

Much of this trade does not immediately present itself as obvious, so it’s impossible to know how much of it is facilitated by the Internet and, more specifically, social media platforms. It is safe to say, though, that the majority of trade has at least one online component, whether this is through networking, research or logistical assistance.

Before handing over your credit card or bank details, ask yourself the following questions when buying an animal, or its parts and products online:

• Is it legal to sell the product you’re looking to buy?

Are you, as the buyer, going to participate in animal trafficking if you purchase this product? Check first to see if the species you are interested in buying is listed as endangered, anywhere in the world.

A good place to start is with the Convention on International Trade in Endangered Species of Wild Fauna and Flora (CITES) checklist. All the species listed as endangered in some shape or form, and which fall under the protection of CITES, can be found as a PDF, CSV or JSON. The list can be searched by using the species, higher taxon, synonym or common name to which the animal you are researching is referred.

You can also look at the IUCN Red List of Threatened Species. This provides taxonomic, conservation status and distribution information on plants, fungi and animals that have been globally evaluated using the IUCN Red List Categories and Criteria. 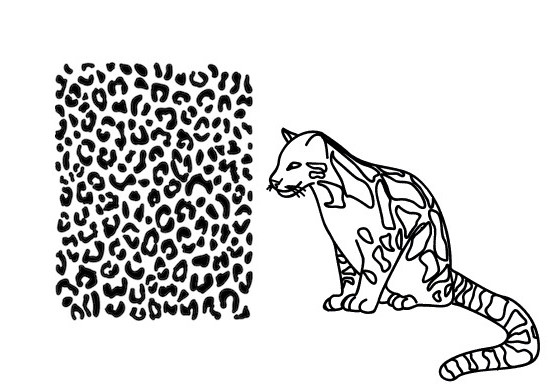 To skin a cat: Leopard skins are a popular part of Zulu and Shembe traditional dress, although these are by no means the only groups who covet them. Leopards are listed as ‘vulnerable’ on the IUCN Red List. Image: Roxanne Joseph

• Has the product been listed on more than one site, and which sites has it been posted on?

Is the product you are looking at for sale on a website like Amazon, eBay or Aliexpress, or have you found it advertised on a website that has a misspelled name, a homepage that looks like it hasn’t been updated since the 1990s and a seller listed as, for example, PlanetJim88?

A legitimate platform will have specific policies and guidelines that sellers have to follow; one of these will include the prohibition of illegal products, services or activities (eg illegal wildlife trade).

Many of these platforms have taken significant steps forward in introducing and implementing clearly communicated and easy-to-find policies that explicitly ban illegal online wildlife trade. Some have implemented education-based programmes and partnerships, as they try to prevent the abuse and illegal sale of endangered animals.

Is the product you are interested in listed in more than one place? Often this is out of convenience and allows for more prospective buyers, but this can also indicate desperation and possibly illicit activity.

If the seller is struggling to sell the product, sometimes because it is obviously not legal, they may post on multiple platforms. Cross-posting also makes tracking down the seller much more difficult and if a post is removed from one platform, they can easily turn to dozens of others to get the results they want.

Miracle cure? Pangolin scales are used widely in Chinese traditional medicine and are said to treat an array of ailments. These animals are the most trafficked mammal in the world and are listed under Appendix I of CITES, making them vulnerable to extinction. Image: Roxanne Joseph

• Has the seller committed self-certification?

Does the seller merely claim to have the correct permits and licences to sell the product, and have they done this to try to convince you, the buyer, that this interaction is legal and legitimate? It is not enough just to say that you have the proper documentation.

Many social platforms require the seller to submit a copy of the documentation in the process of posting their advertisement. If an online platform does not require this, it is safe to assume that either the sale is not legitimate, or the seller is not aware of the legal requirements.

• Is the relevant documentation listed and is it readily available?

This is important, but not always as simple as it might seem. If you are not law enforcement and especially if you cannot review the document in person, then you could easily be fooled into believing that a falsified permit is real.

This is why it is essential to go through a platform that follows the law; they can perform these types of checks for you, with the assistance of law enforcement and experts.

In South Africa, there are three main laws that impose criminal liability for wildlife offences. Anyone illegally selling products online (which includes failure to present the proper documentation) is at risk of violating these: the National Environmental Management: Biodiversity Act 10 of 2004 (NEMBA), GNR.152 of 23 February 2007; Threatened or Protected Species Regulations (TOPS) and GNR.173 of 5 March 2010; Convention on International Trade in Endangered Species (CITES) Regulations (Government Gazette No. 33002).

To avoid breaking the law as a buyer, read through these first and make sure you understand what you can and cannot do, legally.

• How are you expected to make payment?

Is the seller expecting payment to be made through any method other than a credit card or legitimate online form of payment? Only companies and individuals who meet the proper, legal requirements will qualify for these methods.

Scammers and people who are selling something illegally might ask for cash, an EFT or for you, as the buyer, to complete the transaction through a third party, allowing their identity to remain anonymous.

Remember that if you choose not to buy through a trusted platform, then you should always make payment only after you have seen, assessed and received the product. This will make you less vulnerable to scams. 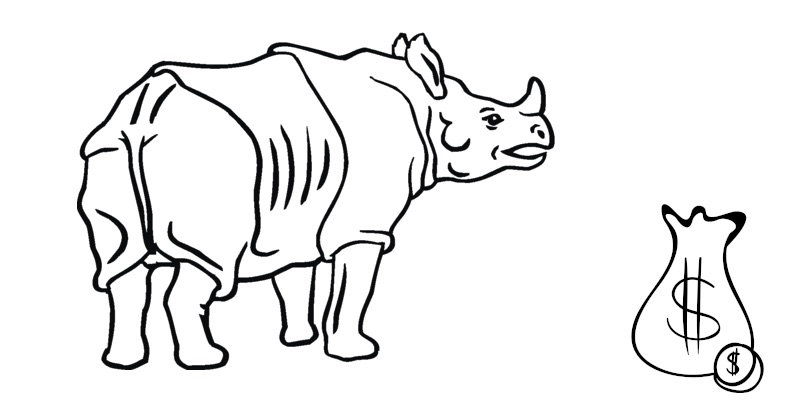 Killing for profit: The illegal rhino horn trade has doubled since 2013 and is at its highest level in 20 years. Image: Roxanne Joseph

• Did the seller use any code words or misleading descriptions?

Often this is just someone trying to scam a buyer, but sometimes it can be an intentional evasion tactic. In some cases, the seller uses phrases that might be slightly misleading, or only partially true: for example, an ivory ornament without the proper permit might be referred to as a “rare trinket, made of animal substance”.

The term “ox-bone” has been a popular name for ivory products in the past, with sellers simply avoiding using the word “ivory” altogether. When it comes to pangolin scales, they might be called “animal-based medicinal treatment”, which is, in a traditional medicine context, true.

Make sure that what you are looking to buy is what you actually believe it to be before parting with any money.

• Is the seller insisting on remaining anonymous, and have they insisted on proper identification from you as the buyer?

This also speaks to the types of platforms you are shopping on, but it is important that a seller provides you and/or the platform with proper identification. The same goes for you as a buyer.

Legitimate sales on legitimate platforms will ask for this in most cases, but if they don’t you should reconsider the transaction altogether.

If someone is selling something legally, then they have no reason to hide their real identity from the person who wishes to buy it from them. The opposite can be said for someone who is breaking the law. 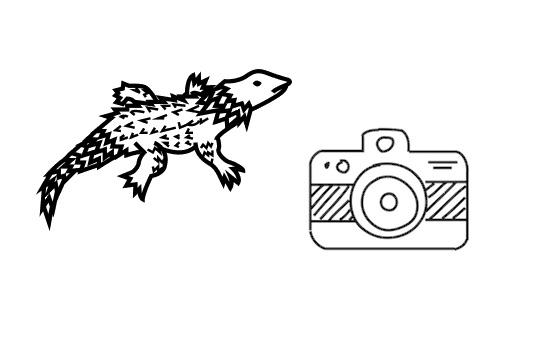 Picture perfect: Sungazer lizards are highly prized, especially in the Middle East, due to their dragon-like appearance. They are currently protected under Appendix II of CITES, although the species is likely to be at a greater risk of extinction according to current population estimates. Image: Roxanne Joseph

In recent years, companies like Facebook, Google, eBay and Instagram have implemented policies to prevent the scale and frequency of animal trafficking in the online space.

Twenty-one tech companies have come together to form the Global Coalition to End Wildlife Trafficking Online; their aim is to reduce it by 80% in the next two years, by implementing policies and processes that discourage and attempt to stop wildlife trafficking altogether, as well as educating people about this scourge.