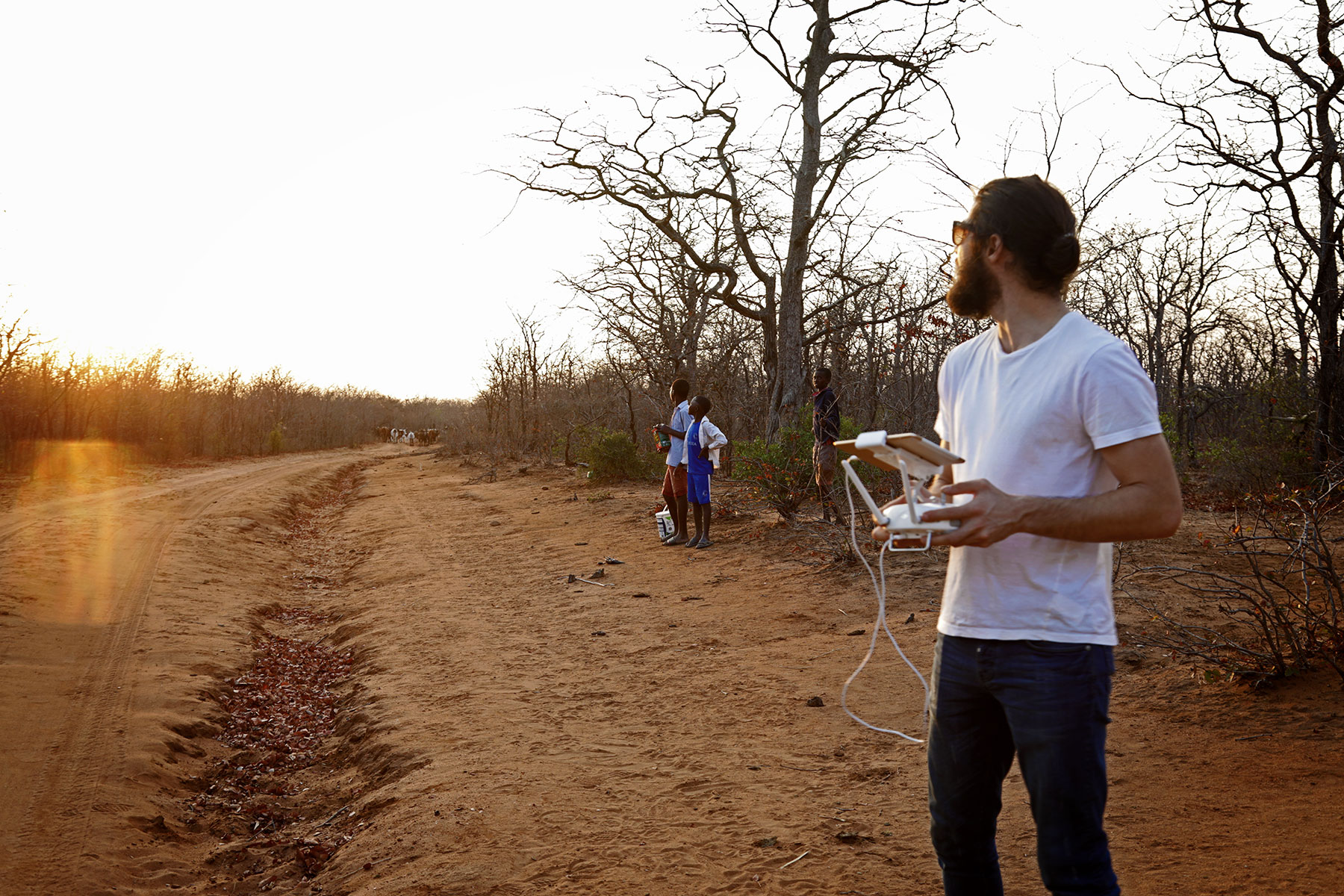 Drone footage provides visuals in areas where there are no roads, where access is limited, wild animals may roam and the bush is often impenetrable. Photo: AfricanDrone

Massingir, a rural area on the border between South Africa’s world-renowned Kruger National Park and Mozambique, is a journalistic challenge. It’s remote, increasingly militarised, and can be dangerous — as journalists on assignment for Der Spiegel discovered when they were kidnapped by poachers in 2015.

Our cutting-edge multimedia investigation, ‘Kruger’s contested borderlands’, started with a traditional journalism team comprising a local investigative reporter with years of experience and good contacts in the area, a photographer and a videographer.

The visual brief included drone footage of the borderlands, in order to provide a birds’-eye view of areas where there are no roads, where access is limited, wild animals may roam and the bush is often impenetrable.

The aerial photos and video clips provided new perspectives and insights into vast tracts of uncharted land that can be hard to visualise from the ground and describe in words.

Further from-above insights were provided by satellite imagery, which helped us to geo-locate the new private game reserves along the border in an interactive graphic. 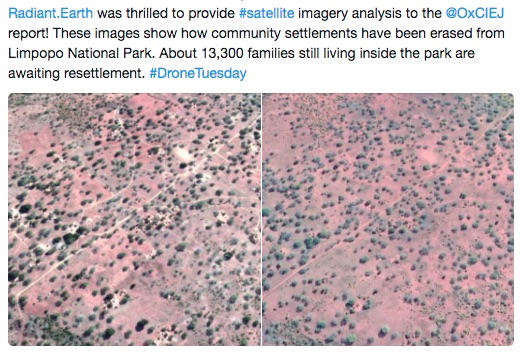 Using Google Earth satellite images analysed by Radiant.Earth and designed with JuxtaposeJS, we were also able to create a slide then-and-now interactive showing places where community settlements have been moved over the years to make way for the game reserves.

Data research and analysis by Landmatrix helped to finetune our reportage and to build on a tool called Dominion that we started developing at the Global Editors Network Lab in Cape Town in November 2017.

All these elements were combined into a Shorthand package titled “Kruger’s contested borderlands”. It’s a great package that shines new light on an under-reported zone.

Learn from lessons we learnt:

• there is a difference between a drone journalist and a drone operator. The latter requires substantially greater briefing and editing than the former.
• transnational investigations may require translations. Don’t assume the journalist can provide these, you may need to hire a professional translator.
• deciding on the desired end product of data visualisations before gathering the data will speed up processes.
• Shorthand is great for packaging multimedia stories, but traditional third-party publishers can be reluctant to buy into the packaging.

‘Kruger’s contested borderlands’ is a pioneering transnational multimedia investigation exposing a well-intentioned anti-poaching initiative that has degenerated into a ruthless land grab by politicians and business elite. Find the investigations here and here

The collaboration was produced by Oxpeckers Investigative Environmental Journalism in partnership with Code for Africa, AfricanDrone and the African Network of Centres for Investigative Reporting. Funded by the Pulitzer Center on Crisis Reporting, and the Bill and Melinda Gates Foundation, with support from the International Center for Journalists