The horn scam at Windhoek’s airport 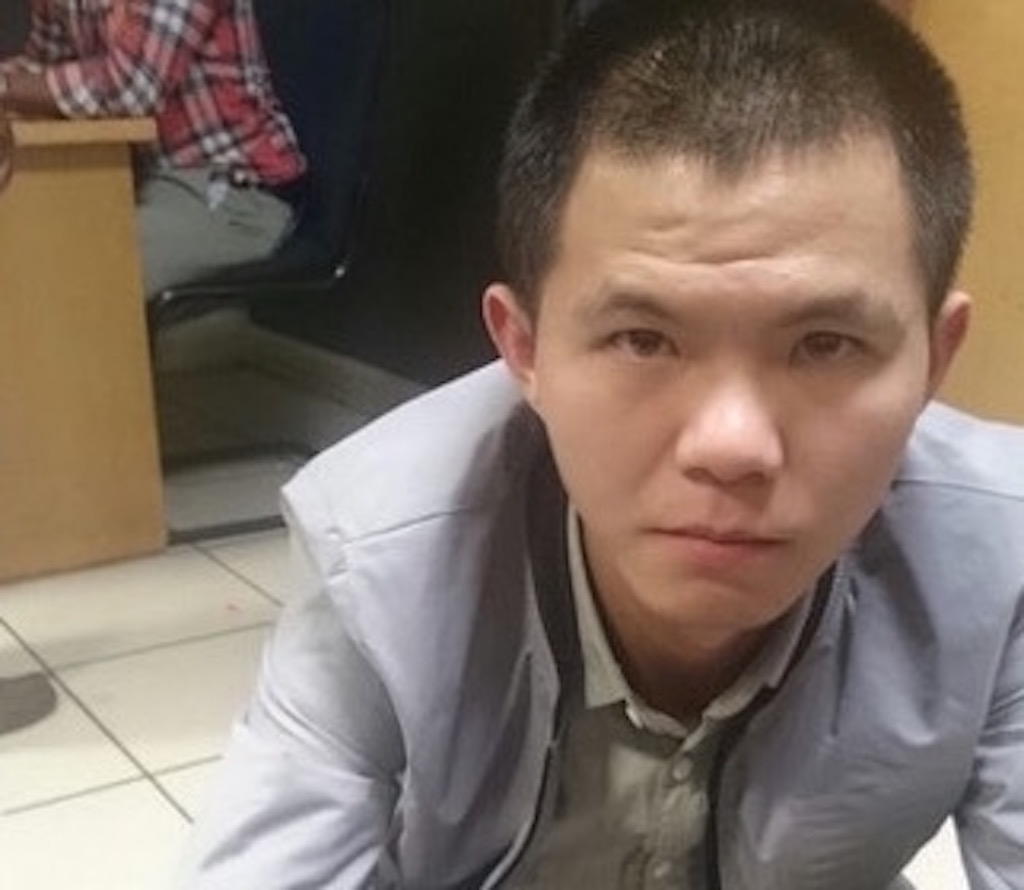 Posted on 2 Dec, 2016 by Oxpeckers Reporters

The Namibian authorities don’t seem to be in any hurry to shut down a rhino horn smuggling syndicate that has infiltrated security at Windhoek’s airport, writes John Grobler

Trafficking mules such as Ye Zhiwei seldom know the value of the contraband they are moving, lest they be tempted to disappear with it

A week after 28-year-old Chinese national Ye Zhiwei was arrested at OR Tambo airport in Johannesburg, en route to Hong Kong with 18 rhino horns in his luggage, the Namibian police arrested police sergeant Abraham Iitula on a charge of obstructing justice.

Police spokesperson Deputy Commissioner Edwin Kanguatjivi said Iitula’s case was postponed to February 3 2017 and he was released on R2,000 bail. No further details were provided as a blanket of silence has descended over the investigation.

Iitula’s case was quietly pushed through the Katutura Magistrate’s Court and no photographs of him could be taken. Very little is known about him, except that he is a 42-year-old from Omusati who joined the police force 10 years ago. He was briefly stationed at Outjo, just south of the Etosha National Park, before he was transferred to the Hosea Kutako International Airport.

So, was Iitula acting on his own – and how long has he been turning a blind eye to certain Chinese suitcases?

Neither the Namibia Airports Company nor the police responded to questions about which other police officials were on duty at the X-Ray scanner for departing luggage last Wednesday morning, when Ye Zhiwei was allowed to leave Namibia with 43kg of rhino horns in the two suitcases he had checked in.

A replay of the digital footage stored in the machine showed that the suitcases were screened, and the horns could clearly be seen, according to a photograph released by the airports company earlier this week.

Although the Ministry of Environment and Tourism (MET) could not confirm the horns originated from Namibia’s critically endangered black rhinos, this is widely assumed to be the case. The day before the Ye Zhiwei was arrested, the MET confirmed seven poaching cases in western Etosha during the week starting with the super-moon of November 14.

That leaves two rhinos unaccounted for. The Save the Rhino Trust declined to answer questions about another carcass was recently discovered in their area of responsibility in southern Kunene, immediately west of Etosha, referring all queries to the MET.

If nothing else, the bust – the biggest in Namibian post-independence history – showed the syndicate’s sophistication and organisational skill. Within four days of Ye Zhiwei’s arrival in Windhoek, the rhinos were poached in western Etosha, over 700km away. They appear to have been commissioned hits, timed to coincide with the arrival of the Chinese mule in order to minimise the risk of holding the horns for too long.

A week later the rhinos were poached, the horns were sold and delivered to the Chinese buying syndicate in Windhoek, having passed through at least three police checkpoints en route to the capital. Within 10 days of Ye Zhiwei’s arrival, the order was filled, the consignment cleaned up to hide the pungent smell, packed in two suitcases containing nothing else, and handed to Ye Zhiwei to take to China. 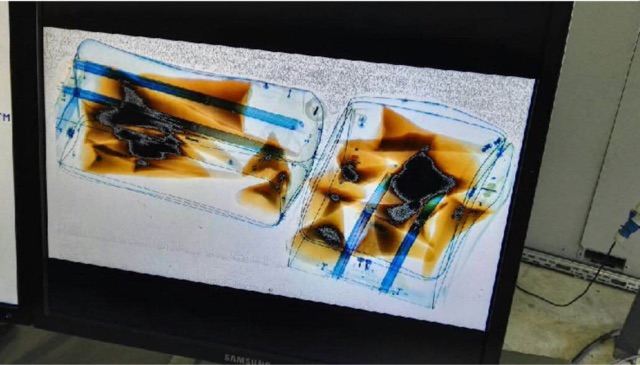 A replay of the digital footage stored in the X-ray scanner showed that the suitcases were screened, and the horns could clearly be seen

Just how those two suitcases with little else in them but the 18 rhino horns were not red-flagged and why Ye Zhiwei was not arrested by the Namibian police remains a topic of much speculation. Was the scanner station left deliberately unmanned, or was there someone on duty but paid off to ignore the suitcases? Who drew up the duty rosters for what is an unpopular early-morning shift?

It is not the first time that the Chinese syndicates attempted such brazen tactics: on March 24 2014, three Chinese nationals were caught at the same scanner with 14 rhino horns and a leopard skin in the two bags they had booked in. All three and their syndicate boss, Wang Hui, are currently serving 14 years in jail.

So how did Ye Zhiwei pass the Customs check with an even larger consignment of rhino horns? Clearly, the expectation was that once checked in as international luggage, the bags would automatically be forwarded to Hong Kong by South African Airways without being subjected to any checks.

Ye Zhiwei must have thought they would get away with it: he was only arrested 10 hours after arriving at OR Tambo, when he was about to board Flight SA286 at 17h55 to Hong Kong. From there, he was to fly with China Air Flight KA286 to Fuzhou City in the southeastern coastal Fujian Province, located opposite Taiwan.

Ye Zhiwei’s journey to the holding cells in Kempton Park started with a new passport issued to him by the Chinese Ministry of Public Security in Fujian Province on October 9 2016.

Exactly one month later on 9 November, he took a flight from Changle Airport in Fuzhou City, Fujian Province, to Windhoek via Hong Kong Kong and Johannesburg.

Chinese records show that Zhiwei Ye is a native of Xianyou county in Fujian, an area well-known for its sophisticated carving industry dating back to the Tang Dynasty.

It is not clear where in Namibia he spent his time, but exactly two weeks later he boarded SAA flight SA073 at 06h40 on Tuesday 23 November from Windhoek to Johannesburg as a business class passenger.

Chinese workers returning home is a common sight at the Hosea Kutako International Airport near Windhoek, so a poorly dressed man carrying only a plastic bag raised no suspicion. Although his two suitcases were plastic-wrapped, the operators of the wrapping machine cannot recall seeing him, suggesting someone else who speaks English had the bags wrapped before handing those to him to check in.

Because his luggage was over-weight, he would have had to book the second suitcase in as a second piece at an extra fee of R1,700 – but Ye Zhiwei speaks no English nor seems to have carried any cash, so someone else would have had to deal with the SAA counter-staff on his behalf.

The two bags contained a contraband fortune: black rhino horn is so prized for its rarity, it fetches prices of up to US$133 (R1,852.76) a gram in powdered form, according to Xinhua reports out of China. If Ye Zhiwei knew he was escorting rhino horn worth US$5.71-million (just under R80-million) back to China, he showed no sign of it.

This is hardly surprising: mules such as Ye Zhiwei seldom know the value of the contraband they are moving, lest they be tempted to disappear with it. But whoever did not raise the alarm when his suitcases passed through the scanner at the Windhoek airport clearly had some idea.

The question is who Iitula’s protector in the police, as that will provide a key to unravelling the entire network. And the bet is that he or she belongs to the Aakwambahu clan from Omusati, where all the Etosha park poachers hail from. – oxpeckers.org

Read Who are Namibia’s Chinese smugglers?