Who are Namibia’s Chinese smugglers? 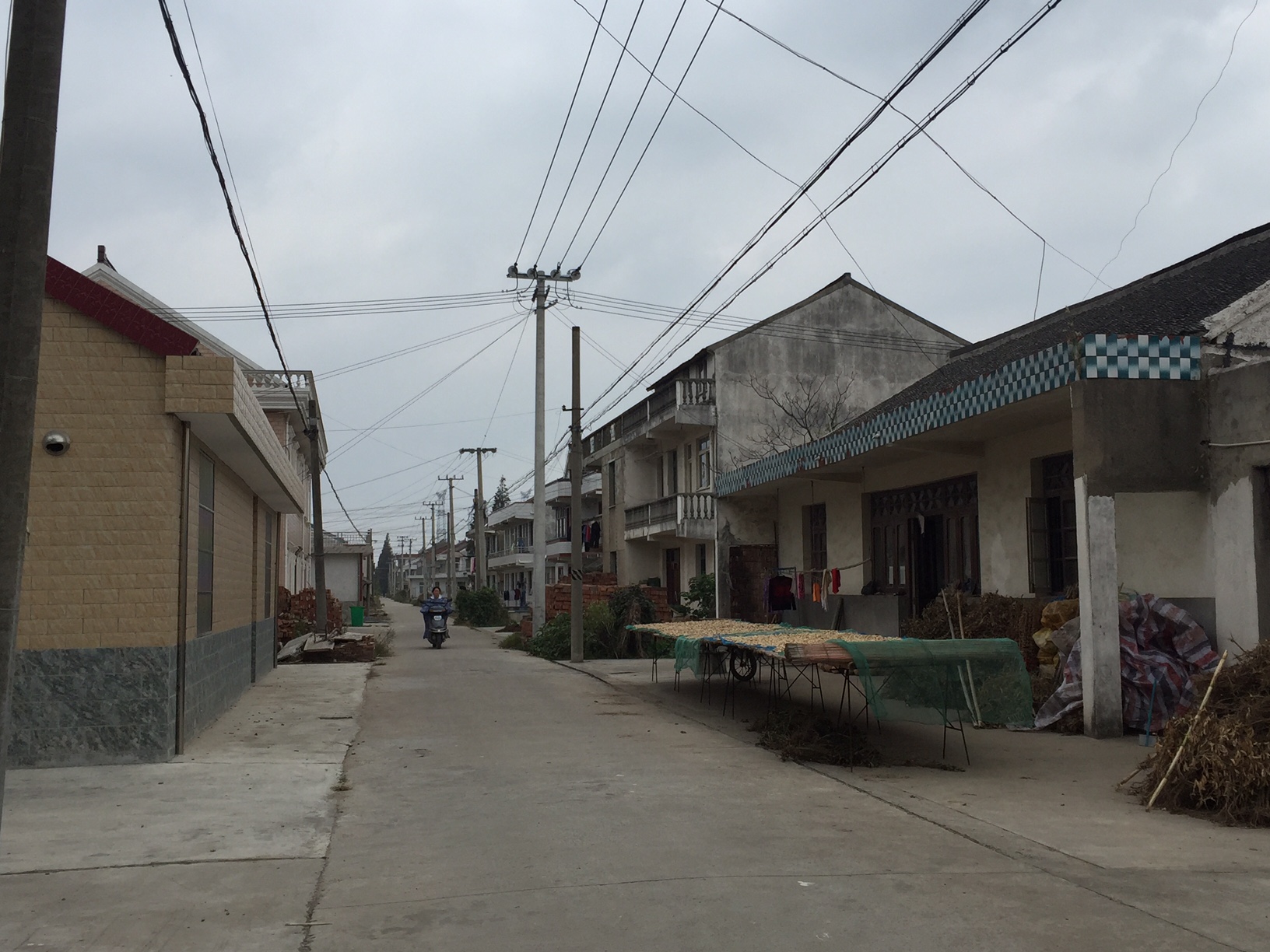 25 Nov Who are Namibia’s Chinese smugglers?

Chinese journalist Shi Yi has been following the trial of four alleged rhino horn traffickers in Namibia. She paid a visit to their home villages in China to investigate their backgrounds 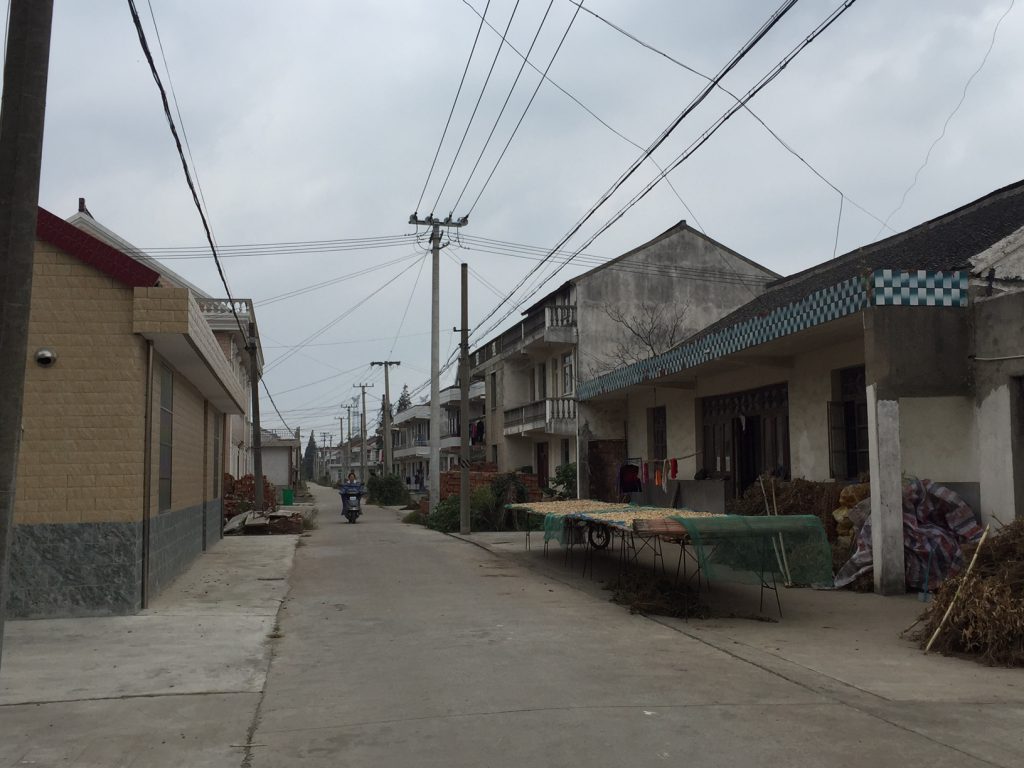 One of the villages in Nan Tong. The suspects live in different villages, a few kilometres apart. Photo: Shi Yi

In his hometown in China, Wang Hui (40) is known as a pioneering businessman working in Africa. What people didn’t know was that he is the alleged leader of an international wildlife crime ring.

In May 2015 Wang was arrested in Windhoek, Namibia, following the investigation of three other members of an alleged Chinese syndicate operating in Southern Africa.

The three – Li Xiaoliang (31), Li Zhibing (54) and Pu Xuexin (50) – had been detained at the Windhoek airport with 14 rhino horns and a leopard skin in two suitcases.

Evidence in the Windhoek Regional Court, where the four men are currently being tried on charges ranging from illegal possession of rhino horn to money laundering, has indicated that Hui was the kingpin of the smuggling team.

In China, the four accused are all from Nan Tong, which lies at the mouth of the Yangtze River. Although they live in different villages, they are only a few kilometres apart.

Oxpeckers recently visited the families of Li, Li and Pu. None of the families knew the men had been arrested in Namibia because they are still able to call home a few times a month.

According to the wife of Li Zhibing, the oldest of the three accused, it was Pu who recruited him for Wang.

“My husband knew Pu a few years ago when they both worked at a construction site,” she said. “Lao Pu [lao means old, and is used to pay respect] introduced my husband to boss Wang.”

Li owns a great debt from his previous construction work, according to his wife. When Oxpeckers asked around to find out where his house was, some villagers wondered if we were creditors because this wasn’t new to them.

Li told his wife he went to Namibia to work as a construction worker for Wang and would earn around US$3,500 a month. She was expecting him to return during the Chinese New Year in February 2015.

He didn’t return as planned, and instead the wife received about US$7,850 in February 2015 from Wang. She showed Oxpeckers the bank transfer from a friend of Wang’s. She was told that this was part of her husband’s salary.

“He called a few times a month to say that he couldn’t make it home now because he was too busy with the work,” she said.

The wife said Li had never done anything to break

the law before: “He is an honest person.” 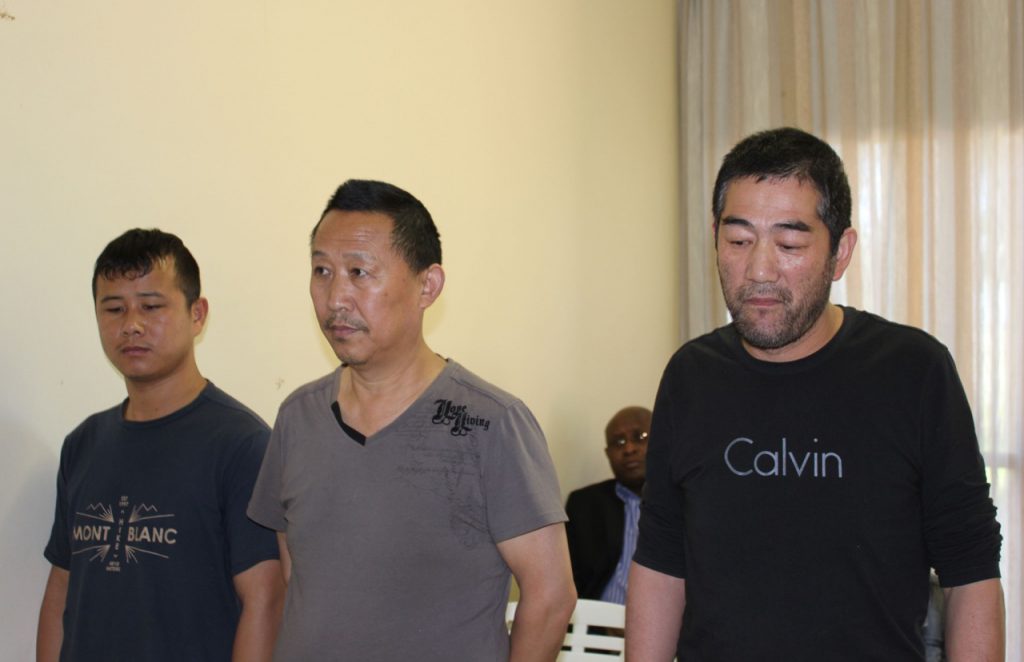 Pu’s family refused to meet Oxpeckers, but his son said on the phone that Pu had been a close friend and business partner of Wang’s for many years.

According to some villagers, Pu’s family received about US$31,400 sometime last year when he worked for Wang in Namibia. His family paid a bank loan for a new flat with the money.

The family of Li Xiaoliang, the youngest of the trio, lives in a traditional cotton-farming village. His parents live in a house in disrepair compared to the homes of other villagers.

According to his father, Li worked for an elevator installation company in Beijing run by a relative of the family’s before he went to Africa.

“He was introduced to a boss doing business in Africa not long time before he left. He is a grown-up so we don’t ask too much,” said his father.

He was told by his son that he was doing well in Africa, and he was expecting him to return soon. His parents did not receive any money from Li after he left. 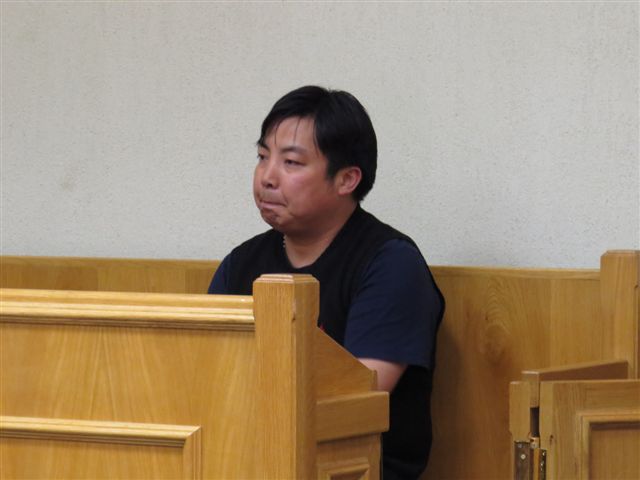 Wang Hui, identified as the kingpin

Wang Hui owns two grocery stores in a town called Otjiwarongo in Namibia. According to a Chinese friend of his in Namibia, he also has wood exporting businesses in Zambia and Angola.

In his home town in China, people say Wang is a wealthy businessman.

“Wang’s family built a new house somewhere and spent hundreds of thousands on it,” said a family member related to one of his co-accused. But the money he made from selling groceries and wood wasn’t enough for him.

Many questions remain about Wang. Nobody knows where and how he got the rhino horns, and how he connected to the poachers.

Not long before Wang’s arrest, another Chinese businessman called Ju Dejin was arrested in connection with rhino poaching. The control prosecutor in that case, Obert Masendeke, said Ju had approached a local herder to buy two rhino horns, but the herder decided to report it to the police. Ju has a clothing shop in Oshakati. – oxpeckers.org

Shi Yi is a Chinese journalist who worked with Oxpeckers Investigative Environmental Journalism on a three-month environmental journalism fellowship, investigating wildlife poaching in Namibia. Her series of articles on transnational wildlife crimes were supported by the Wits China-Africa Reporting Project