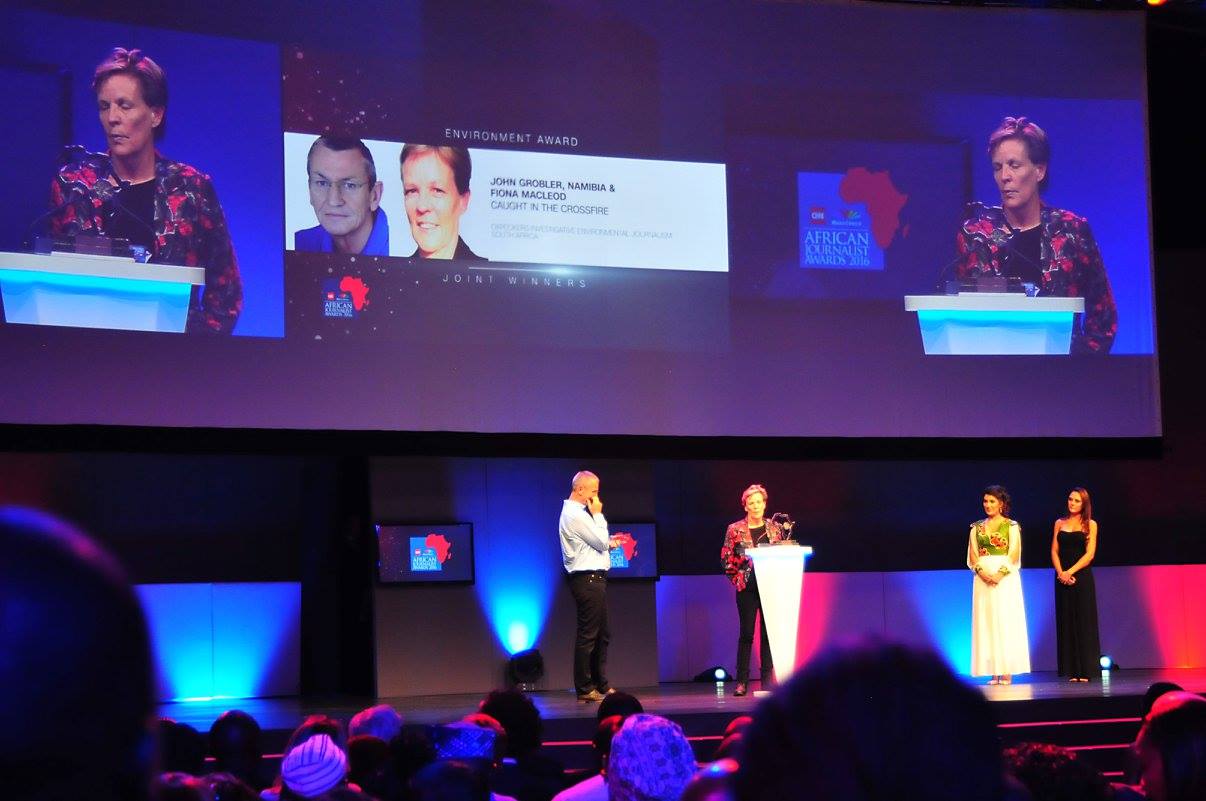 The judging panel singled out the article “Caught in the crossfire: how cattle and Chinese mining interests are killing off Nambia’s black rhinos” as the winning entry from a body of work into Namibian poaching links.

The judges described the article as “a swashbuckling tale”, “comprehensive”, and “a very complex story, brilliantly written”.

“The team did this [investigation] for 10 months. That’s a very long time in the era of the tweet and the parachute in-and-out journalism… It shows real commitment to a very complex story that takes you from Nanjing province in China all the way to the deserts of Namibia,” said chairperson of the judging panel, Ferial Haffajee.

The ongoing Namibian investigations have seen Oxpeckers collaborate with three Chinese journalists to produce in-depth transnational exposés on rhino and elephant poaching in Namibia. They uncovered Asian syndicates operating on the ground in Namibia, and then tracked their links back to China and Vietnam.

This body of work was recognised in China earlier this year, when Oxpeckers associate Shi Yi won the coveted Journalist of the Year Award at the 2016 China Environmental Press Awards. Shi Yi spent three months in Southern Africa working with Macleod and Grobler to expose rhino horn and ivory trafficking links.

A third member of the Oxpeckers network was short-listed for the 2016 CNN awards. Lawrence Seretse, an investigative journalist based in Botswana who assists Oxpeckers with investigations into environmental and wildlife problems in the region, was a finalist in the News Impact category for a year-long investigation into tax havens used by Wilderness Safaris, published by The Boswana Gazette in 2015.

The annual CNN MultiChoice African Journalist competition is the most prestigious and respected award for journalists across the African continent. This year the competition received more than 1,600 entries – a record number – from 38 countries across the continent. There were 38 finalists, whose details can be found here.

• Here is a short video on how we won the award.
• Oxpeckers associate wins China’s Journalist of the Year Award
• Oxpeckers dossier of investigations into Namibian poaching links