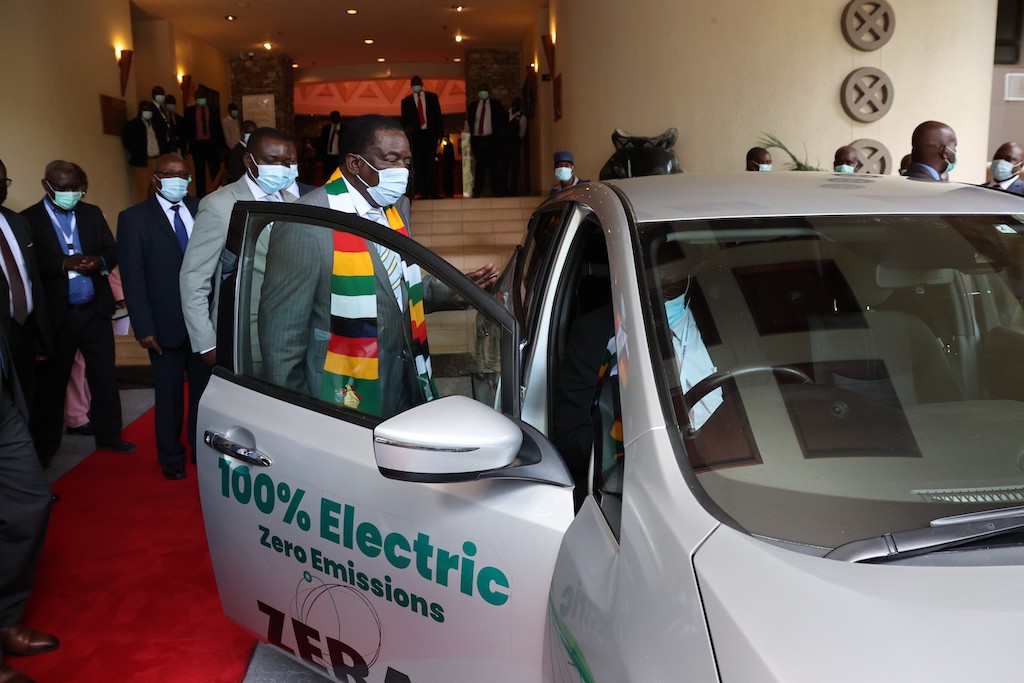 In response to extreme climate fall-out, Zimbabwe is ramping up its transition to electric vehicles as one of its key mitigation measures. Debra Matabvu investigates 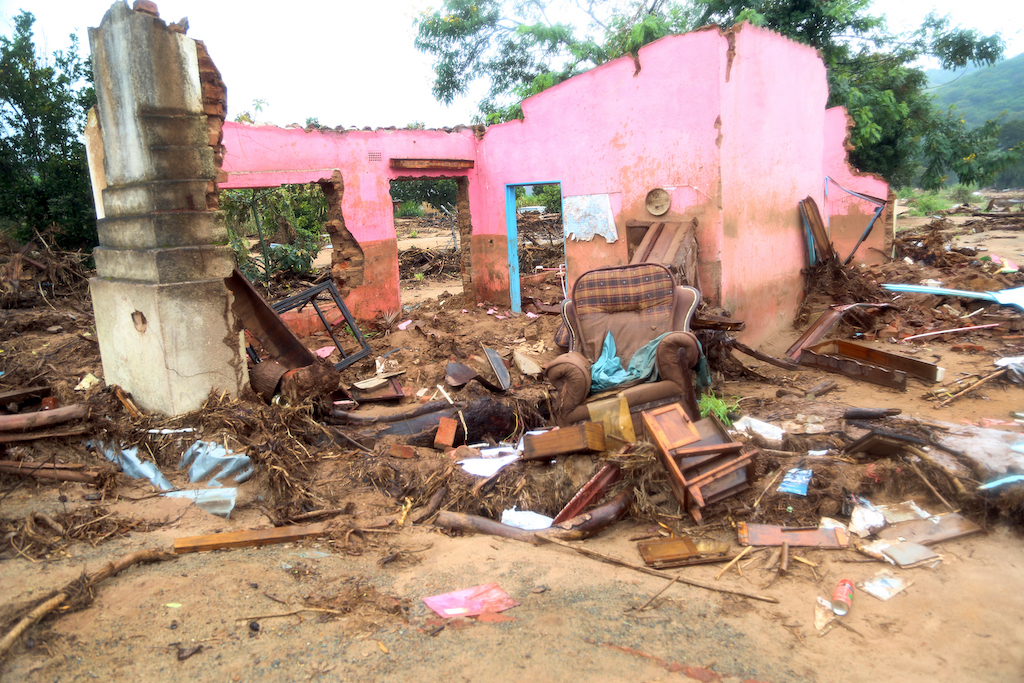 Like most countries, Zimbabwe is grappling with climate change, characterised by changes in rainfall patterns, perennial droughts, extreme weather temperatures and floods.

The Southern African country experienced one of its worst climate disasters in March 2019 when Cyclone Idai hit eastern parts Zimbabwe. The cyclone left a trail of destruction, displacing 240,000 people, leaving 340 dead and hundreds others missing.

This prompted authorities to revisit the country’s climate change policies and redirect Zimbabwe towards a greener, more sustainable future.

Ahead of the United Nations climate change conference in Glasgow, Scotland, last year, the government pledged to reduce the country’s greenhouse gas emissions by 40% from current levels by 2030. Zimbabwe had previously committed to a 33% emissions reduction in its first nationally determined contribution to lowering global emissions in 2017.

An expedited transition to climate-friendly electric vehicles (EVs) as a conduit towards reducing emissions was identified as one of the key mitigation measures Zimbabwe was to pursue.

The government is presently crafting a national electric vehicle policy, which it plans to release later this year. The policy will mark Zimbabwe’s first steps towards an expedited transition from dependence on internal combustion engine vehicles to greener EVs in the future.

Indications are that the policy will introduce a raft of incentives for importation of EVs, establishment of EV assembly plants and related infrastructure. Some of the proposed incentives include a total waiver or drastic reduction of import duty on EVs and a preferential licensing system.

The Transport and Infrastructural Development Secretary, Engineer Theodius Chinyanga, said the policy aims to promote innovation, technology and environmental conservation, and to encourage individuals to turn to clean fuel.

“The policy is still at crafting stage and consultations are ongoing with other ministries such as industry and commerce, energy and power development, environment, and finance and economic development,” he said.

“We want it to accommodate everyone. We are also working with the Zimbabwe Investment Development Authority (ZIDA) to ensure that we lure investors into the sector.”

Environmental agencies have already started working on the feasibility of EVs in the country. A study titled National Electric Mobility Readiness Framework of Zimbabwe, published by the United Nations Environment Programme in April this year, highlights opportunities and challenges.

Countries such as Norway – which according to the Global EV Outlook report published in May 2022 had the highest market share for new electric car sales in Europe in 2021 – have reinforced their successful transition to EVs via strong policy measures, including road tax exemptions, toll exemptions, purchase price reductions and 50% parking fees for citizens who drive EVs.

While Zimbabwean authorities continue to grapple with the bureaucratic details of mounting a quick transition, some Zimbabweans are already turning to EVs in the absence of the envisaged incentives.

Taurai Sewera, an automotive technician who specialises in hybrid and electric vehicles, says some motorists with deep pockets are already importing EVs into the country. Hybrid cars operate on a blend of petrol and electric power, whereas EVs run on battery power alone.

“Technology has been evolving over the years and the automotive industry has not been left behind. It is important that the country joins the bandwagon of EVs,” Sewera said.

Tanaka Kutama, founder of ZimTourque, a local company specialising in EVs, says he is already planning to set up an EV assembly plant in the country: “Our aim is first to work on producing 1,000 electric bikes a month, and then 2,000 electric vehicles every three months.

“This plant will create around 1,500 jobs at the beginning, with more jobs set to be created as production scales up. As we will be manufacturing locally, we hope the cars and bikes will be affordable to ordinary individuals.”

The cost of buying an EV remains prohibitive for most Zimbabweans, however, and they turn to cheaper second-hand internal combustion vehicles imported from Japan. Prices in neighbouring South Africa – where combined electric and hybrid vehicles sales made up less than 1% of the car market in 2019 – range from around R599,945 (US$ 34,000) for a 2020 mini copper SE, considered one of the most affordable EVs, while a 2015 Nissan leaf is going for R385,000 (US$22,249).

Because of the high prices, most EVs in the country are  imported by businessmen and government officials, mainly for personal use. Experts say a mass switch to EVs will mainly depend on affordability and availability of infrastructure such as charging and servicing stations, as well as sufficient electricity for charging the batteries.

The government has also begun adding EVs to its vehicle fleet in order to stimulate uptake. The Central Mechanical Equipment Department (CMED), the department responsible for government vehicle procurement and maintenance, has already added 14 EVs to its fleet.

“We hope to continue growing our fleet by also including mini-buses,” said CMED public relations officer Tarisai Mukombi. The new EVs are used at the CMED driving school and as shuttle cars at the Robert Mugabe International Airport.

The local private sector is also gearing up in anticipation of an EV boom. Vaya, a ride-hailing service owned by Zimbabwe’s largest telecommunication company Econet, was launched in 2020. The Vaya EV is part of a premium service offered for passenger and logistical services. 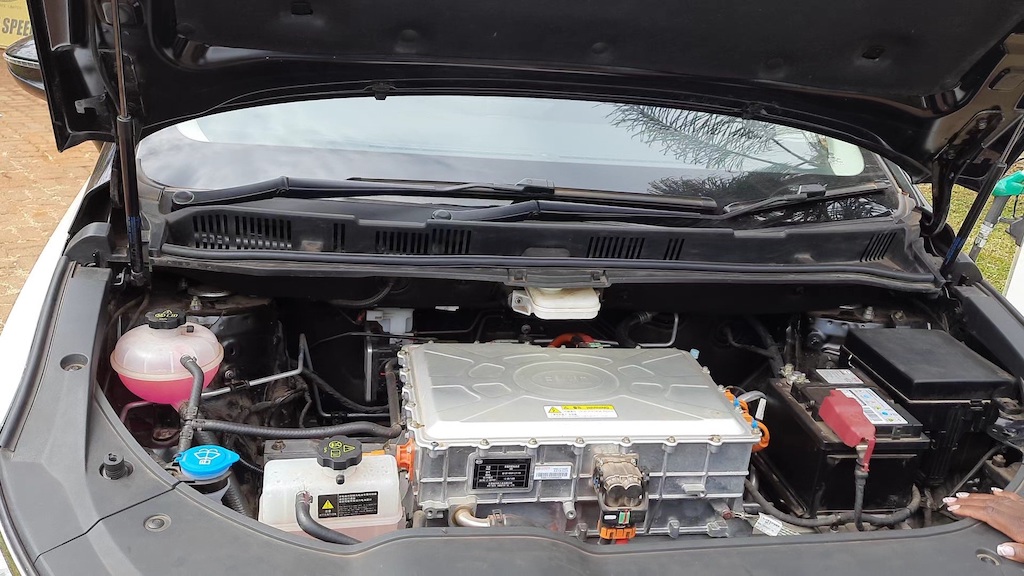 To charge the battery in a high-range electric vehicle costs about US$40 to cover a 500km journey; for an internal combustion vehicle one needs to fork out US$140 or more for the same journey. Photo © Debra Matabvu

For years Zimbabwe has struggled with fuel shortages on account of its foreign currency problems. Long, winding queues at petrol stations are an often familiar sight in the country.

A report released by ZERA in January 2022 says fuel consumption in the country rose to 1,2-billion litres between January and November last year, from a billion litres during the same period in 2020.

The Central Vehicle Registry estimates that in 2020 the country had a vehicle tally of 1,041,852. Rising internal-combustion car numbers means the government has to fork out an increasing amount of foreign exchange to import fuel to sustain them.

The transport sector contributed 12% of the country’s greenhouse gas emissions, according to a 2017 report by the Zimbabwe Environmental Law Association. About 97% of the sector’s emissions emanates from the combustion of fossilised fuels, while diesel and petrol consumption contributes 744,000 tonnes and 543,120 tonnes of carbon dioxide respectively every year, the report states. 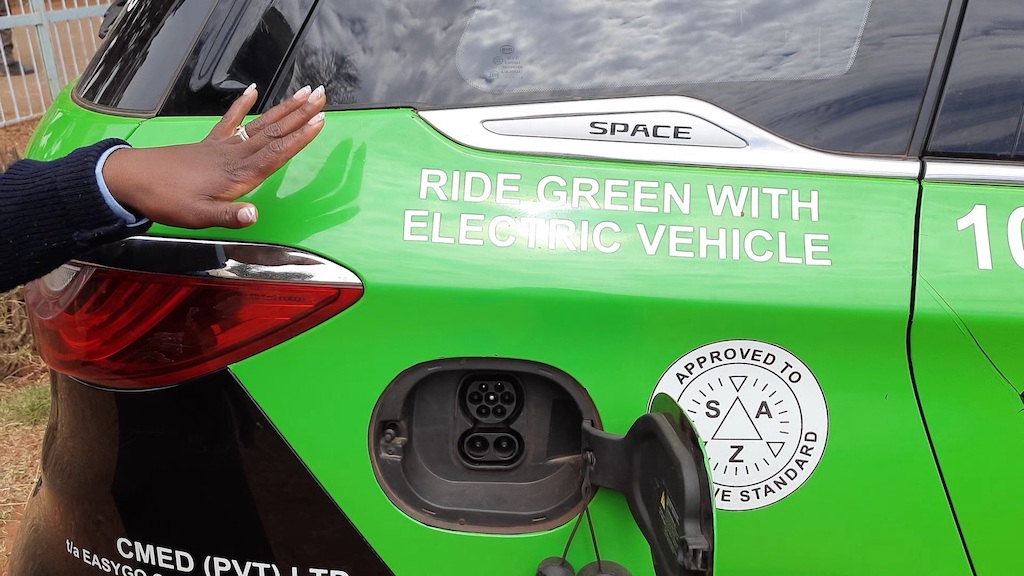 Secretary for Energy and Power Development Gloria Magombo says authorities are optimistic that Zimbabwe’s transition will be seamless once a proper framework has been put in place.

“The country is slowly moving to clean energy in all sectors of the economy, and the automotive sector is not going to be left behind,” she said. “We are still crafting policies that will guide us on issues such as planning, financing models, tax breaks and job creation.”

Work has already started on infrastructure sites, and a few are currently under development. The government is working with companies such as Agilitee, a Zimbabwe-owned EV assembly company based in Johannesburg, South Africa, that plans to set up a vehicle assembly plant in Zimbabwe next year, Magombo added.

According to the national daily electricity generation statistics provided by the Zimbabwe Power Company, as of September 22 2022 the country was generating 1,036MW against daily consumption about 2,500MW, representing a shortfall of more than 1,000MW. This has seen the country resorting to load shedding which lasts for hours daily.

Despite the electricity shortages, authorities are optimistic that EVs will thrive.

Magombo pointed out that the country will tap into renewable energy sources to power the EV charging stations. “Zimbabwe is increasing its power sources and in terms of the national development strategy, energy capacity generation is expected to reach 3,467MW by the year 2025. This will go a long way in sustaining EVs,” she added.

According to the US Energy Information Administration, by August 2022 hybrid and full electric cars made up less than 1% of the 1.3-billion vehicles on the road globally. The agency projects that by 2030 there will 672-million plug-in vehicles around the world, making up about one-third of the global vehicle fleet.

There is a charging station in Bulawayo and another will be placed in Gweru later this year, according to the centre’s general manager, Mufaro Mugumbate. A prototype charging station will soon be set up in the capital, Harare, followed by charging points at Zuva service stations along the highway in other cities.

“We were encouraged by the national electric vehicle policy that is set to published later this year,” said Mufaro Mugumbate.

Debra Matabvu is a news reporter at The Sunday Mail in Zimbabwe. This investigation was completed with the support of the Oxpeckers Investigative Environmental Journalism #PowerTracker project and the Centre for Investigative Journalism’s Open Climate Reporting Initiative.