Trafficking crackdown pays off in Tanzania 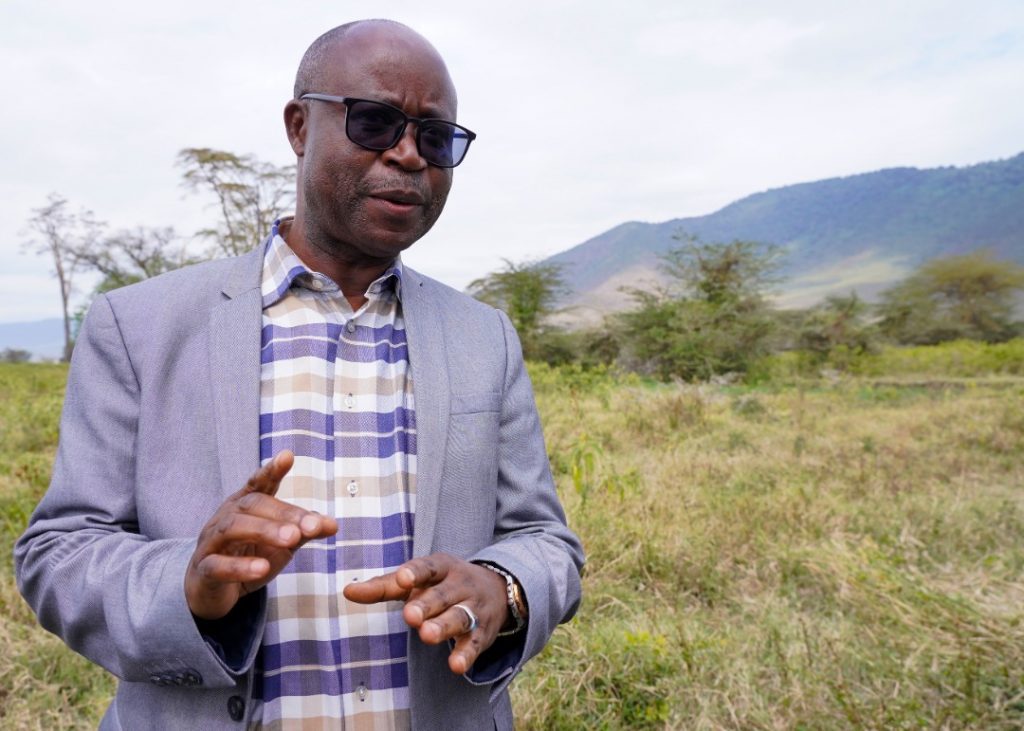 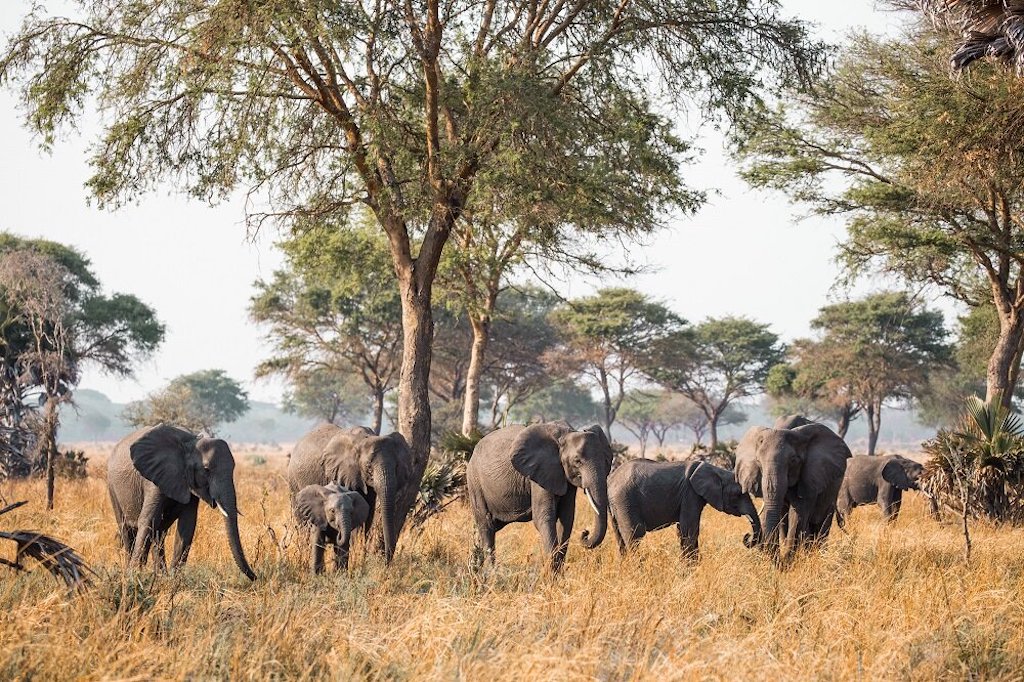 In Katavi National Park, like other protected areas in Tanzania, wildlife poaching is a serious challenge. This is because the park has no fence, and any person can easily enter and kill animals if he is lucky enough to walk out uncaught.

According to the African Wildlife Foundation (AWF) website, more elephants are dying from poaching than from natural causes or conflict with humans.

Their body parts are traded illegally as trophies, traditional medicine, or trinkets on a lucrative black market — but these iconic pachyderms are not the only wildlife species to be slaughtered for human gain. Big cats like lions and cheetahs are killed for their bones; African wild dogs and other large carnivores die at the hands of villagers protecting their livestock.

“We often arrest and bring them to justice so that the law takes its course. But we urge the people to stop such acts as we are well prepared and anyone who enters the park for criminal acts, will be arrested and taken to court,” says Francis Konde, acting head of Katavi National Park.

Situated about 1,500km from Dar es Salaam, Katavi is the third largest national park in Tanzania. It hosts more than 100,000 wild animals and is a popular tourism destination among locals and foreigners.

Konde says the presence of markets for elephant tusks and other wildlife trophies in Asian countries like China and Thailand contribute significantly to poaching. However, he says the park has improved surveillance together with participation of the local people in conservation activities, which has helped reduce wildlife trafficking in recent years.

He adds that they are building new roads to increase access to some parts of the park. Also, he notes that they have additional rangers with more vehicles that will enable them to increase efficiency in wildlife protection.

The park is in the process of establishing participatory protection groups with citizens themselves assisting in the protection of wildlife and other natural resources. They are ready to volunteer because they benefit from the park, which supplies water to them and has given them a health centre and a hostel for their children, Konde says.

“The citizens are fully involved in protection activities, and we get information from them about the poachers. This shows that they are also interested in natural resource conservation activities for the benefit of all,” he says.

Didi Wamukoya, director of the AWF’s counter wildlife trafficking programme, says efforts to fight elephant poaching have borne fruit because illegal killing of elephants for ivory in Africa has been on a steady decline since 2011.

Wamukoya says there has been a decline of seizures in trophies in Tanzania. She attributes this to enhanced law enforcement and the creation of the National Taskforce on Anti-Poaching in 2016, which is an inter-agency forum to help combat wildlife crime.

The Tanzania Wildlife Management Authority was established in 2014 with the aim of conducting anti-poaching patrols in and outside game reserves and game control areas. It also maintains a canine unit that helps in the inspection of wildlife products at Julius Nyerere International Airport and Dar es Salaam seaport.

According to information on its website, since the inception of the authority up to September 2016, a total of 69,278 patrols were conducted in and outside game reserves and game controlled areas that led to the arrest of 1,563 poachers.

Among the confiscated items were 90 pieces of elephant tusks weighing 376.33kg, 29,529.5kg of bush meat of different species, 141 firearms and 278 ammunition of different calibres. 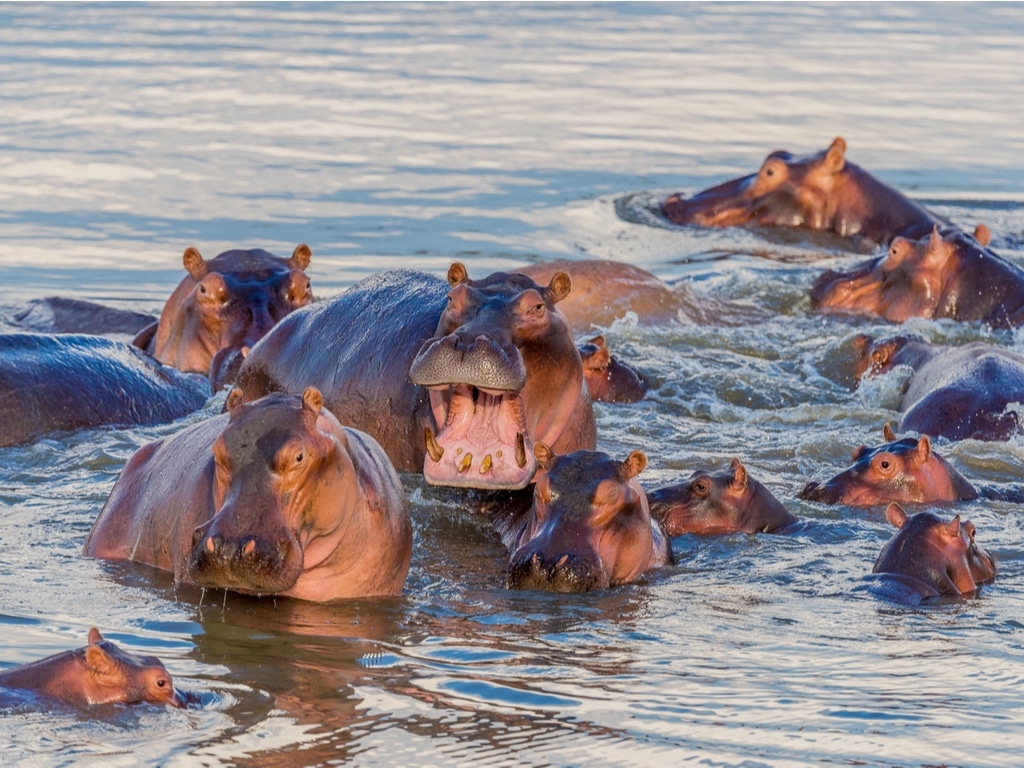 Katavi National Park is popular among local and international tourists for its abundant hippo population and some animals listed among the ‘big five’. Photo © Peter Elias

AWF’s Wamukoya notes that Tanzania’s decline in elephant poaching can be attributed to its law enforcement efforts in dismantling trafficking rings that ferry ivory to Asia, such as those of the notorious “Ivory queen” – Chinese national Yang Feng Glan, sentenced to 15 years in jail – and Boniface Malyango, whose accomplices were sentenced to 32 years in jail.

Wamukoya says international cooperation is key in combating wildlife poaching and trafficking as the crime is transnational in nature. Demand in destination countries also needs to be addressed, she adds.

According to data collected for #WildEye East Africa from Tanzania, most people who have been found guilty of wildlife crimes were sentenced to at least 20 years in jail. Some judgments were also accompanied by fines/penalties based on the value of the seized wildlife animals; however, penalties were few compared to the number of people who were jailed. There was no constant value of money fined to the person found guilty.

Maurus Msuha, Director of Wildlife from the Ministry of Natural Resources and Tourism. Photo © Peter Elias

Director of Wildlife from the Ministry of Natural Resources and Tourism, Maurus Msuha, says the increase in the number of elephants in recent years is attributed to good systems of security in conservation areas.

“We have militarised our operations. Also we have another system involving other institutions; therefore, we are good in the protection of wildlife,” Msuha says.

He adds that most of the ivory found in seizures recently tends to be six or seven years old, indicating that poaching is reduced compared to the years before 2014, when hundreds of elephants were killed every year.

Msuha notes that the same is done to protect rhinos, and their number is also increasing ahead of the targets.

“We have a five-year strategy for 2019 to 2023. So, we are on the right track and our plan was to ensure that the number of rhinos is increasing by 5% per year but we have surpassed the target,” Msuha says.

According to the 105 wildlife crime data points collected so far in Tanzania for the #WildEye East Africa map, about half of all cases involved ivory. More than 90% of cases were connected to the illegal possession of ivory, elephant tusks, elephant meat and other parts of the elephant.

This data was collected tracking illegal wildlife seizures or cases prosecuted between January 2017 and March 2022. The cases involved seizures, arrests, convictions and court cases waiting for trial and sentence. About half (52%) were convictions, 10 cases (22%) were waiting for trial, and 12 (26%) were arrests.

Despite the efforts made by the government and other stakeholders to stop wildlife poaching, it is still persisting. There are cartels that use the local people, game rangers and businessmen to obtain the ivory from the park.

A game ranger in Katavi National Park who did not want to disclose his name for security reasons says there are people who help the poachers in killing elephants and who sell ivory to the black market.

“Among ourselves, there are dishonest people who collude with the villagers or businessmen to kill our elephants. This is not acceptable, they failed us in this war,” says the ranger.

Ibrahim Makusa, a resident in Stalike village in Mpanda district, says villagers are aware of the importance of protecting the park, but some have been taking part in killing the animals to obtain ivory.

“Some villagers were caught red handed with ivory; their case is still on progress. They undermine our efforts to protect the park because we benefit from this park; it has built a school for us, it has supplied water to our village,” says Makusa.

Support for  development and production of this story came from InfoNile, in partnership with Oxpeckers Investigative Environmental Journalism, with funding from the Earth Journalism Network. Data visualizations by Ruth Mwizeere and Annika McGinnis / InfoNile.