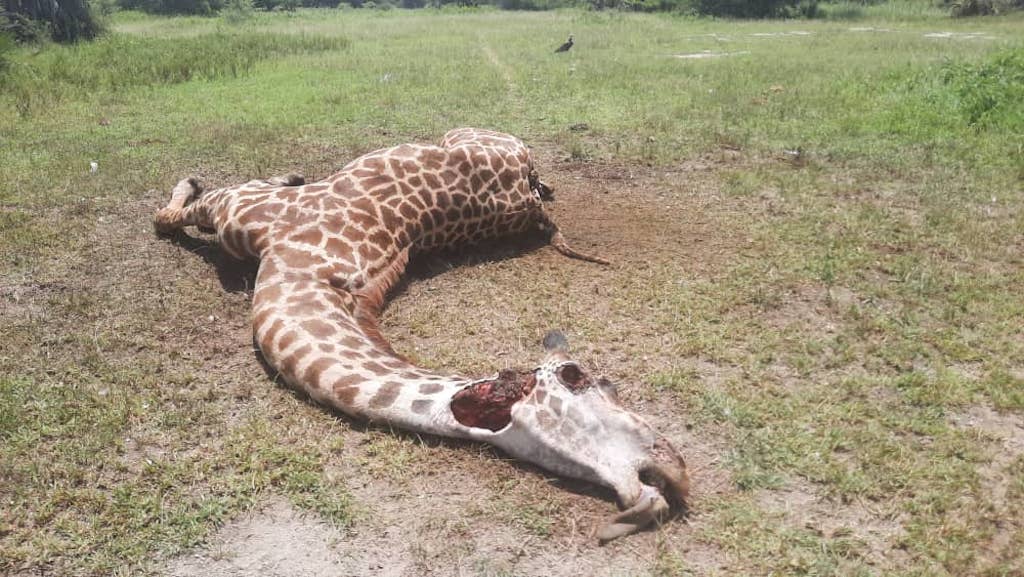 Villagers collude with people from other regions in trapping and killing the giraffes while they are crossing wildlife corridors that serve as a passageway for wild animals moving back and forth between conservation areas. Photo supplied

Giraffes, the national animals of Tanzania, have recently become targeted by bushmeat traders and are now under increased threat in the northern parts of country.

Recent investigations on wildlife crime in East Africa have indicated that the tall giants are being hunted for bushmeat and animal fat. The bone marrow is also wrongfully believed to have medical value, further driving up the demand.

Tanzania is home to the largest population of the endangered Masai giraffes, the subspecies native to East Africa, whose population has declined by more than 50% in recent decades due to poaching and habitat loss.

Cases of giraffe killings have been reported by community members in the Tarangire-Manyara ecosystem in northern Tanzania, especially within the two wildlife corridors of Mswakini and Kwakuchinja.

From the investigations, it appears that villagers in the area collude with people from other regions in trapping and killing the giraffes while they are crossing the wildlife corridors, which serve as a passageway for wild animals moving back and forth between Tarangire and Lake Manyara National Parks, as well as those within the Burunge Wildlife Management Area.

Increasing human activities and settlements across wildlife corridors are fueling poaching incidents, said the Tanzania National Park’s Commissioner of Conservation, William Mwakilem. “We will continue to work with local authorities and other security organs to ensure that such incidents are stopped,” he said.

According to Jeremiah Peter, a resident of Vilima Vitatu village of Babati, the giraffe killing spree started in January 2022. Apparently, the poachers extract bone marrow and other organs from the giraffes, and sell the remaining meat to residents of Magugu, Minjingu, Babati, and Manyara in northern Tanzania.

Other villagers said the giraffe poaching schemes involve some local ward and village leaders. A number of suspects have been arrested in connection with the illegal endeavour.

Rehema Ibrahim, a resident of Magugu, said many people pass the Magugu area with containers and bags filled with game meat, which they sell to local residents.
Rajabu Salehe, another local resident, said there have been some beliefs that giraffe’s fat and bone marrow are elixirs for curing various human ailments, as well as being regarded to increase male libido. “In fact that is the only reason why all of a sudden, people are scrambling for giraffe flesh,” added Salehe.

Seleman Juma, the village executive officer for Vilima Vitatu, said poaching incidents are rife within the Burunge Wildlife Management Area (WMA). His village is one of the 10 hamlets forming the management area.

“We have been trying to create awareness-raising programmes among local residents, and in fact the majority see the importance of wildlife conservation, but there are always the few who are y out to destroy,” he added.

In their general land management plan, the Burunge WMA has set aside special areas for photographic tourism, investments such as hotels and lodges, hunting safaris and human activities such as grazing and farming.

Benson Mwaise, executive secretary of Burunge WMA, has been actively patrolling the area against poaching and illegal logging. “We have been working with the Tanzania Wildlife Management Authority, rangers from Tarangire National Park as well as the Chemchem Conservancy,” Mwaise said, adding that despite the efforts poaching cases continue.

He believes that the increase of human activities in the area, including farming, grazing and building of houses, helps to camouflage some criminals who move into the precincts targeting wildlife. 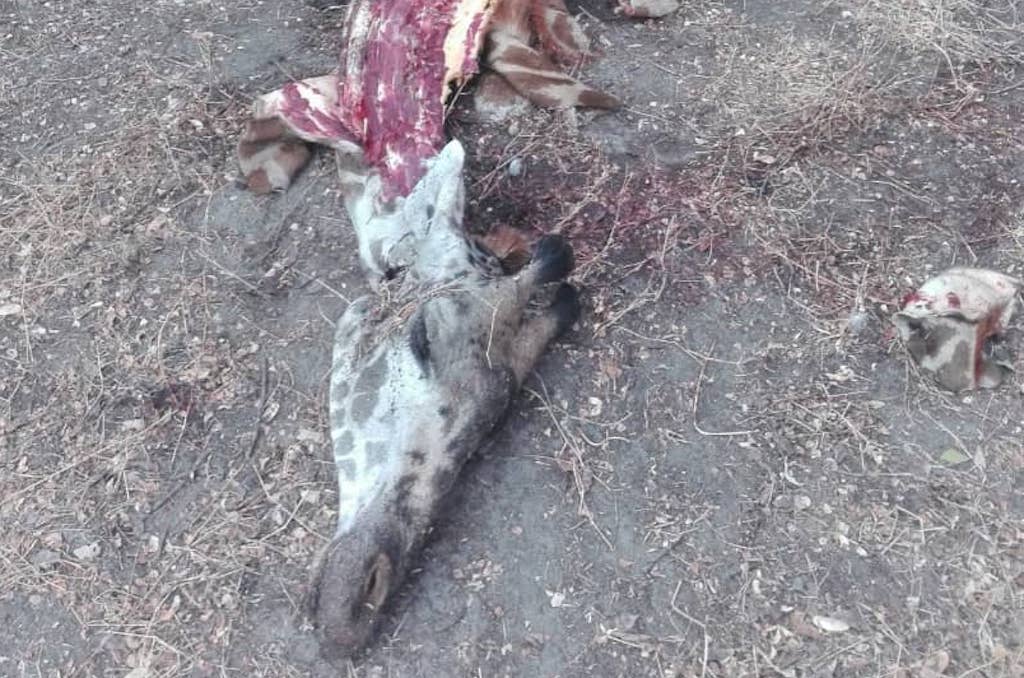 From January to March this year 260kg of giraffe meat were impounded, according to a police spokesperson

With ready markets, poachers take advantage of the fact that giraffes are generally calm animals to hunt them down, mostly during the night. Because giraffes are large animals weighing on average between 200kg and 600kg, poachers have a lot to harvest from a single killing.

Peter Banjoko, senior assistant commissioner for the Tanzania Wildlife Management Authority, said poachers have devised many ways of killing giraffes. “The culprits are always slippery, but we have now reinforced patrols, covering practically all ends of the corridors. We are confident that very soon the racket will cease,” said Banjoko.

He stated that the most recent incident occurred on March 27, when a giraffe was killed at Mswakini. It followed the slaughter of yet another giraffe at Burunge.

“On the first day of February, two suspects riding on a motorbike were spotted in the Burunge area. When game scouts followed them, they ditched their motorcycle and sped off,” said the police spokesperson Mohongole. The bike was found to be carrying bags of fresh meat, weighing 176.5kg, which was later discovered to be giraffe flesh.

On February 7 a resident of Mamire was caught with a giraffe tail. Police are still investigating the case.

And on March 27 another motorbike rider ditched his vehicle and escaped after seeing game patrolling officers take an interest in him. The rider was carrying nearly 83kg of giraffe flesh. The police are still searching for the suspect.

Before 2020, the map data does not track any giraffe killings. The first case tracked was in 2020 in Arusha region, when Saiteru Sanare Saningo was found with giraffe meat equivalent to one killed giraffe. He was released on bail in the High Court while his case is being heard.

In June a 41-year-old resident of Vilima Vitatu village in Babati District in Manyara Region, Mashaka Boay, was sentenced to 20 years in prison for possession of giraffe meat. Boay had committed the offence on March 23 this year, in the village near Tarangire and Manyara Ecosystem.

Another five people have been arrested in connection with giraffe poaching activities, with two cases already in court, according to Babati district wildlife officer, Christopher Laizer. “We have three accused who were caught with giraffe parts, but the main target now is to uncover the people who fund these schemes,” said Laizer.

Support for development and production of this story came from InfoNile, in partnership with Oxpeckers Investigative Environmental Journalism, with funding from the Earth Journalism Network. Data visualizations by Ruth Mwizeere and Annika McGinnis / InfoNile.