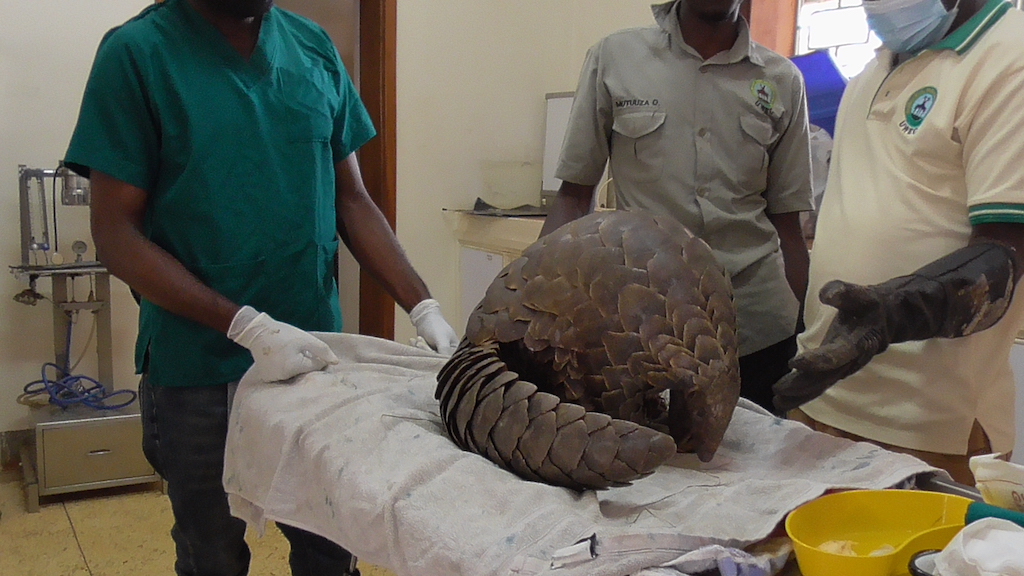 Despite stiff penalties provided by law, Uganda has seen an increase in pangolin trafficking offences, a multimedia investigation by Benjamin Jumbe shows

Offenders convicted of crimes related to wildlife species classified as extinct in the wild, or critically endangered, face the highest penalty under Uganda’s Wildlife Act 2019 of a Shs20-billion (about US$5,5-million) fine or life imprisonment, or both.

Despite this, pangolins are being heavily targeted for poaching and trafficking in the East African country. Data from global wildlife trade monitoring organisation Traffic indicates that between 2012 and 2016, more than 1,400 pangolins were seized by Ugandan authorities.

There are eight species of pangolins in the world, with four found in Asia and four in Africa. All eight species are given the highest level of protection available under the Convention on International Trade in Endangered Species (CITES), and international trade in the endangered mammals is banned.

Uganda is home to three of the four species found in Africa: Ground Pangolin, Giant Pangolin and the White Bellied Pangolin, which is also known as the Tree Climbing Pangolin.

Vincent Opyene, chief executive of the Natural Resources Conservation Agency, an organisation partnering with the Uganda Wildlife Authority to combat wildlife crime, said illegal trade in pangolins is increasing worldwide, including in Uganda.

“The problem of illegal trade in pangolins and pangolin scales is increasing every day and, if not controlled and managed, can easily lead to extinction of the species,” Opyene cautioned.

Opyene says all three species of pangolins found in Uganda are targeted, with dealers and local poachers involved in the business with the hope of making money.

“They are killing this species and taking away the scales in the hope that they are going to find a market and will definitely trade and sell it,” Opyene said.

“Every time we arrest poachers who are involved in this they keep telling us it [the scales] will go for about $150 per kilo, and yet I haven’t come across anyone willing to buy pangolin scales at that amount; it is just a myth they keep believing that the market is there,” he added.

In Uganda, prosecutions involving seizures of pangolin scales increased from seven cases in 2018-2019 to eight cases in 2019-2020 to 10 cases in 2020-2021, according to data from the Uganda Wildlife Authority tracked on the #WildEye East Africa map.

However, penalties meted out in court cases involving pangolins between 2019 and 2021 were far more lenient than the maximum penalty provided for in the Wildlife Act 2019.

Penalties in 44 cases involving pangolins ranged from fines of between UGX200,000 ($56) and UGX3,000,000 ($838), and between three and 24 months in jail. There were just two cases involving jail time longer than one year, one of these mandating imprisonment only if the convicted could not pay the fine.

Asked about this state of affairs, the Uganda Wildlife Authority’s director of conservation, John Makombo, said the judiciary is an independent institution which can “make decisions based on what they think but also guided by the law”.

However, in an effort to improve this the authority is doing a lot of sensitisation of the judiciary. “That is one of the strategies we are using to ensure that criminals get the right sentence for crimes they commit,” Makombo said.

Rebecca Sandoval, cofounder of nonprofit organisation the Biodiversity Alliance, said there is a need to sensitise the public about the new wildlife law in place, arguing that many do not seem to appreciate the importance of conserving wildlife and the heavy penalties provided in the law.

She added that illegal wildlife trade is often transnational, and there is need to do more to disrupt trafficking networks.

“We need a network to fight the criminal networks. More collaboration and sharing information with the public is needed on the importance of pangolins and the need to protect them,” she said.

LISTEN: Benjamin Jube interviews two former poachers, including Charles Oryem (above), who was a poacher from 2012 to 2016

The illegal trade in wildlife and trafficking of animals is often made possible by the failure of some individuals within law enforcement circles to operate professionally. One among these key challenges is corruption.

Opyene from the Natural Resources Conservation Network said corruption can manifest at any stage, at the investigations, police, judiciary, or at the directorate of public prosecution, and as such it has to be investigated, detected and stopped before it happens.

“One thing we have noticed is that investigations have failed because of corruption. When people who are supposed to be intervening turn around and start working for the traffickers, the wrong guys, then investigations cannot succeed,” he said.

To improve prosecutions, Opyene said they have engaged the prosecutors and discussed how best to improve. “The only way to do it effectively is to have a prosecution-led investigation whereby the prosecution is brought on board from the start of the investigation so that when concluded, the suspect is produced before court,” he said.

This is to prevent the issue of suspects getting off the hook due to lack of evidence while the prosecution asks for more time to investigate the case.

George Owoyesigire, the acting director for wildlife conservation in the Ministry of Tourism, Wildlife and Antiquities, said the ministry is concerned about poaching in general and specifically the illegal harvesting of pangolins.

“We saw some considerable poaching around 2015 when we confiscated about 2,000kg of pangolin scales. But because of concerted efforts put in place to address the issue, poaching has since been scaled down,” Owoyesigire said.

Some of the cases of seizures and confiscations today reflect the level of effort the government of Uganda has put in place to fight the vice, he said.

“We have deployed different mechanisms and interventions to capture and arrest these criminals. You will see an increase in confiscations of ivory, pangolin scales and hippo teeth, and this is as a result of intense surveillance, law enforcement and intelligence as well,” he added.

Owoyesigire said the establishment of a special court – the Utilities, Standard and Wildlife Court – in May 2017 has helped increase the profile of wildlife crimes, and has seen an increase in prosecutions and successful handling of these cases. 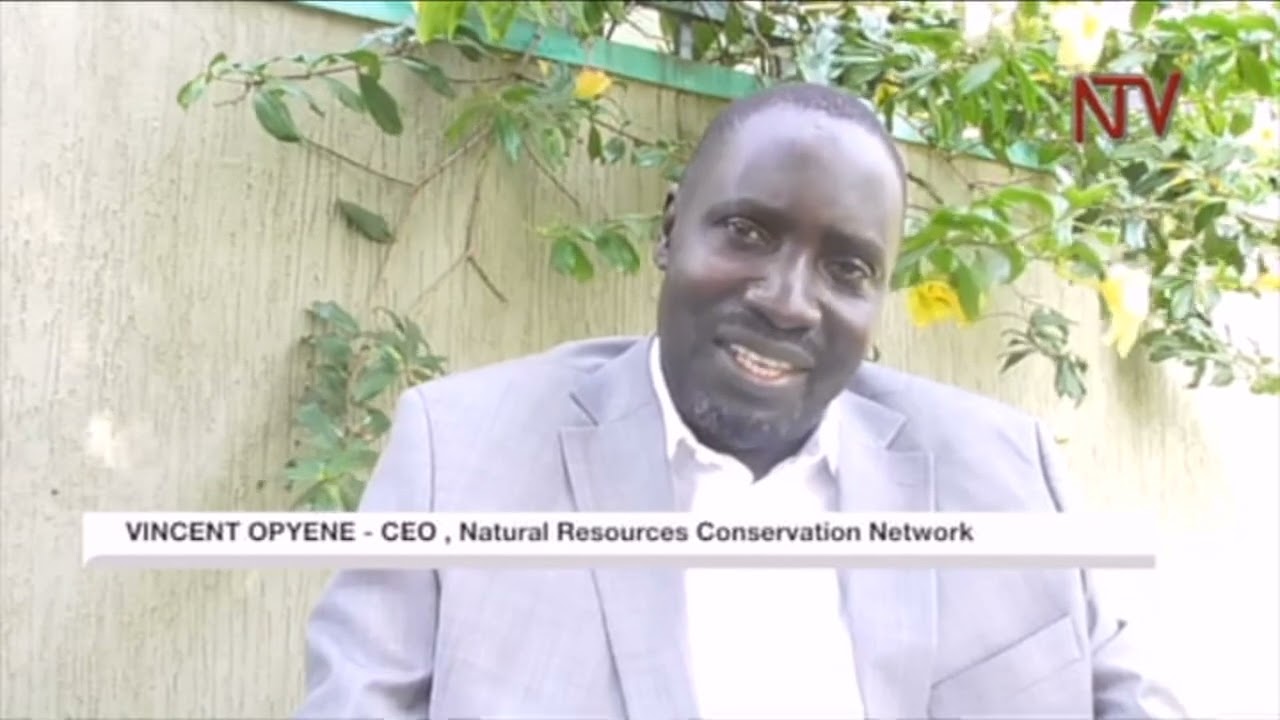 In March 2022 state prosecutors from 11 countries in East Africa formally pledged to increase cross-border coordination to combat wildlife trafficking and money laundering in the region.

To further strengthen these efforts, the Uganda Wildlife Authority (UWA) has kickstarted the development of a curriculum for wildlife crime, intelligence, investigations and law enforcement.

The curriculum will help UWA to have its own standard to train its force right from the initial stages of entry into the organisation. The other training component being considered is the professional angle, which will look at how an ordinary ranger becomes an intelligence and investigations staff/officer.

UWA executive director Sam Mwandha expressed optimism that in years to come the organisation will have the best workforce in wildlife protection in the region.

“This process will result in us having a highly skilled workforce in the East African region, which will help the country fight wildlife crime. Once we have a highly skilled force, criminals will hate their trade and wildlife numbers will increase,” said Mwandha.

According to the investigations manager at UWA, Major Joshua Karamagi, this is the start of a long journey of ensuring that adequate capacity is built for the intelligence, investigations and law enforcement cadres in the institution.

Support for  development and production of this story came from InfoNile, in partnership with Oxpeckers Investigative Environmental Journalism, with funding from the Earth Journalism Network. Additional reporting and editing by Ruth Mwizeere and Annika McGinnis at InfoNile. Data visualizations by Ruth Mwizeere. This investigation was published by the Monitor here, and by InfoNile in English here and in Kiswahili here.