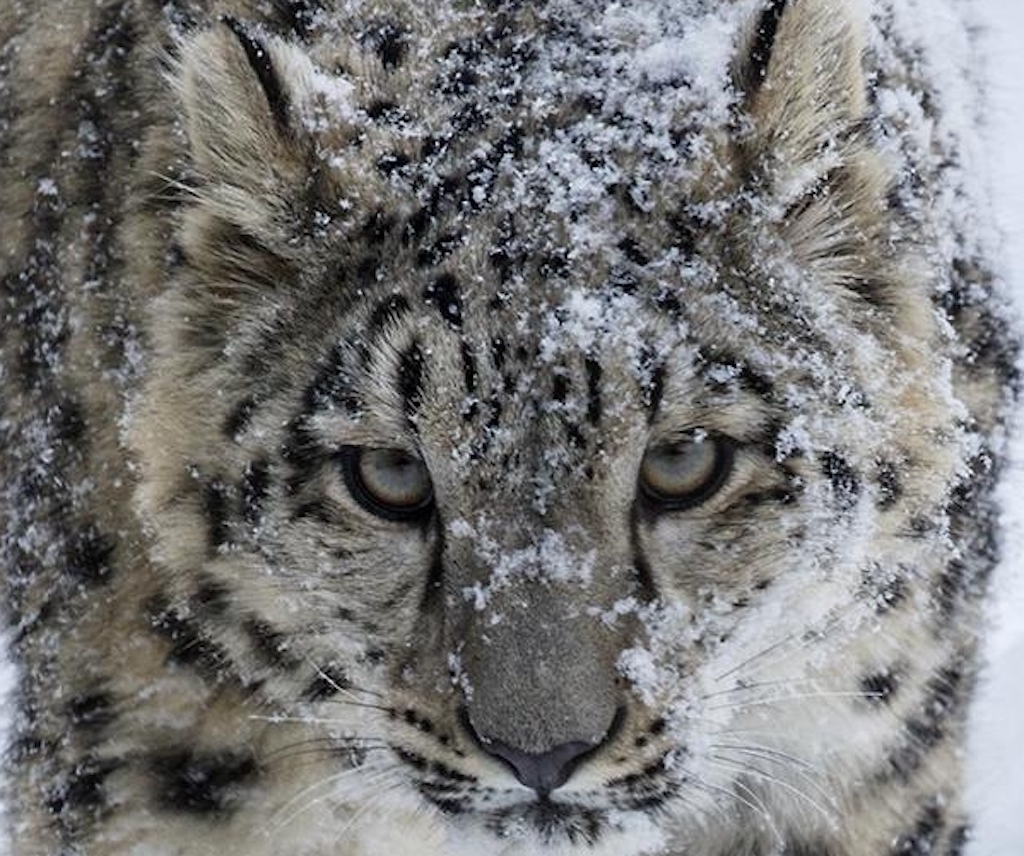 Among the 12 Himalayan-range countries, China is home to the world’s largest snow leopard population. Research shows 60% of the world’s snow leopards, classified as vulnerable to extinction by the International Union for the Conservation of Nature (IUCN), live in the high mountains in China.

China is also the biggest market of illegal trade in snow leopards, and the end destination of several global trade routes. Data indicates China has by far the largest number of snow leopards poached – 103 to 236 per year – adding to the pressures facing this elusive cat species that are classified as vulnerable by the International Union for the Conservation of Nature.

China’s snow leopard crimes, a recent data investigation by #WildEye Asia, discovered a declining trend in reported crimes but that online trade and development plans such as the Belt and Road Initiative pose new threats to the country’s snow leopard population.

Our data investigation indicated that the rise of online business, combined with a crackdown on fur trading markets, has prompted criminals to source, transport and sell endangered wildlife online.

In a 2018 case, for instance, a man from Kunming, Yunnan, with the surname Yu was arrested for trading wildlife online. He had sold to buyers in 24 cities across China since 2016 through online trading platforms such as WeChat, WeiPaiTang, a Chinese eCommerce platform for antique auctions, and Xianyu, a second-hand trading platform under Alibaba.

A total of 22 suspects were arrested in the case and the products of at least 31 endangered species, including 218 ivory pieces, 23 tiger bones, 45 rhino horns, six lion teeth, one snow leopard skin and the bones of three clouded leopards were seized.

Although China’s largest search engine, Baidu, and social media giants like Alibaba and Tencent have adopted zero tolerance policies against trading endangered species online, trade continues through posts and private chats on WeChat friend circles, where multiple players may be involved in a single transaction.

Another 2018 court case exemplified the reach of these online transactions. In February 2018 Zhou Heng bought a snow leopard skin from Han Hongyu through WeChat, which Han had sourced from Ma Bingxian. Zhou then sold the skin to Yu Mingsong, and asked Han to ship the snow leopard skin to the end buyer, Xu Pengyun, by express mail. The case involved five different parties, and spanned cities from Linxia to Liaoning, Yunan and Chongqing.

Debbie Banks, who leads the Environmental Investigation Agency’s wildlife crime campaign, said in recent years the NGO has documented a lot more wildlife trade taking place online. “Some traders are absolutely fearless about what they do online, they have no fear of enforcement,” she said. 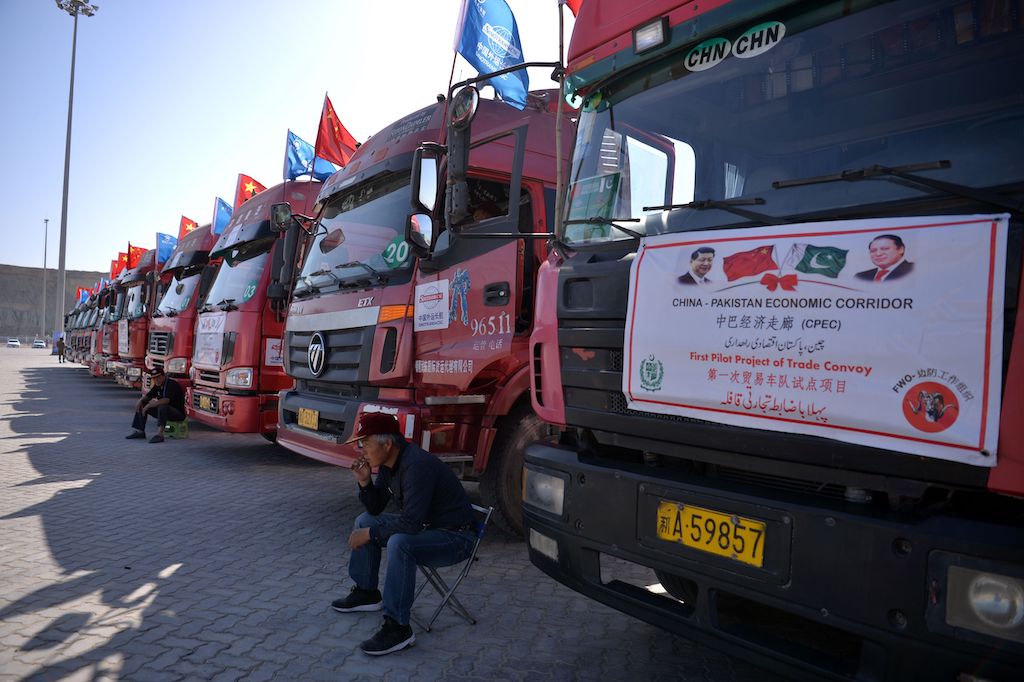 In recent years wildlife law enforcement and crime control efforts in China have been significantly strengthened. The Covid-19 pandemic prompted the government to adopt a decision in February 2020 to ban trade in wildlife as food and to crack down on illegal wildlife trade. Before this, China’s Wildlife Protection Law, issued in 1987 and revised in 2016, regulated wildlife trade with a licence system that allowed all species to be farmed and traded.

Experts see this as a welcome move towards wildlife conservation. However, as China expands its footprint internationally through its ambitious infrastructure development project known as the Belt and Road Initiative (BRI), which will link China to Europe through land and maritime networks, concerns have been raised by wildlife researchers about the risks to biodiversity.

Aishwarya Maheshwari, a wildlife biologist who used to lead the snow leopard illegal trade project with global wildlife trade monitoring group TRAFFIC in Central and South Asia, argued in a recent report he co-authored that the BRI has the potential to create new supplies for illegal wildlife trade in Central Asian countries that have so far been less engaged in the supply chain.

“The beauty of these spectacular landscapes in Central Asia is that they have been inaccessible, and that could be one of the reasons that wildlife could be preserved and live in inhospitable terrains,” Maheshwari explained. “Roads come with side effects. Roads come along with infrastructure development, with more and more human settlement, with other kinds of accessibility to the areas which were distinctive habitats to these wildlife. If roads are built up in these habitats, which are inaccessible right now, these habitats might be opened to poachers as well.

Maheshwari specifically pointed to the China-Pakistan Economic Corridor, which will pass through key habitats for large carnivores, including snow leopards. The development project may increase smuggling of snow leopards by creating greater access to China and other markets along the route, he said.

Hongbo Yang, a Global China Research Fellow at the Boston University Global Development Policy Centre, found 18 BRI projects financed by China’s policy banks that overlap or have a part of their footprint inside the snow leopard range. They include 13 road projects and several energy projects.

“On one hand, it [BRI] can increase the supply, create new frontiers in the area that can help link supply to the market; on the other hand, it is going to facilitate the flow of goods and humans, making it more difficult for customs to detect illegal smuggling of wildlife products and people getting involved in the crime,” Yang said.

A 2021 study by the Global Initiative against Transnational Organized Crime  mapped the criminal vulnerabilities accompanying the growing connectivity linked to the BRI. The risk of criminal exploitation is especially high in Asia, posing a serious threat to wildlife, the study showed. 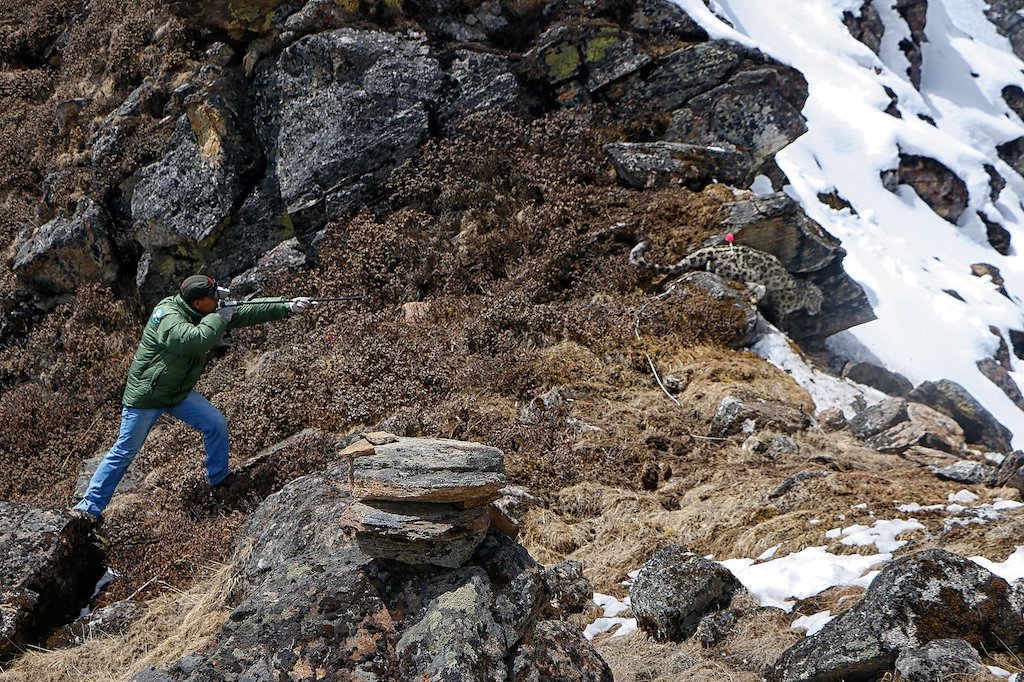 A wildlife technician sedates a snow leopard. China has recently set up five new national parks, one of them in the main habitat of snow leopards. Photo © Sanjog Rai, WWF-Nepal

China has made significant efforts to protect biodiversity domestically and internationally.

On October 11 2021 Vice-Premier Han Zheng said the country has vowed to include biodiversity protection in all development plans. At the opening of the 15th meeting of the Conference of the Parties to the Convention on Biological Diversity (COP15) held in Kunming, China also announced that it will roll out a 1.5 billion yuan “Kunming Biodiversity Fund” to assist developing countries with biodiversity conservation.

Rebecca Ray, senior academic researcher at the Boston University Global Development Policy Centre who is also on the China Council for International Cooperation on Environment and Development and on the task force for Greening the Belt and Road Initiative, said they hope this fund will help other BRI signatory countries develop their own protection mechanisms.

“China usually relies on the environmental governance of borrowing countries, but if those countries haven’t been able to develop their own conservation lands, threatened species and communities that depend on intact ecosystems can fall through those cracks,” Bay said.

She advised China to incorporate some of the frameworks that the Ministry of Ecology and Environment has developed for project proposals for banks financing overseas investments, in order to mitigate risks on biodiversity.

During COP15, China also announced its first batch of five national parks to strengthen its efforts in nature conservation. These include the Sanjiangyuan National Park, the first pilot project kicked off in 2015. The region boasts 69 wildlife species, and is also one of the main habitats of snow leopards in China.

Poster boy: ‘If you protect areas where snow leopards live, then you are protecting many, many other species also.’ Photo © Daniel Muenger

“I think there’s been a big change in the past five or 10 years in China, in the attitudes and priority that wildlife protection has been given,” said Terry Townshend, fellow of the Paulson Institute who led a community-based tourism project at Sanjiangyuan, under a Chinese NGO Shanshui Conservation Centre.

Looking ahead, the biggest challenge for snow leopard conservation will be how humans interact with habitats, said Koustubh Sharma, assistant director, Conservation Policy and Partnerships with the Snow Leopard Trust.

That includes climate change, which may possibly push people closer to remote habitats. “If people start moving closer to the mountains, there will be more human-wildlife interactions, leading possibly to more conflicts. With infrastructure, the key is planning and evaluating impacts on nature,” Sharma said.

“Whenever there is infrastructure development, I think it’s important for it to take into consideration the baggage that will come along, including illegal wildlife trade, now disease transmission and also issues such as habitat fragmentation,” Sharma said. “All these issues may seem like separate issues, but in fact they are all interconnected.”

This investigation by Oxpeckers Associate Hsiuwen Liu is part of a series on illegal trade of snow leopards, supported by Oxpeckers Investigative Environmental Journalism and the Global Initiative Against Transnational Organised Crime. Datavisualisation by Richa Syal