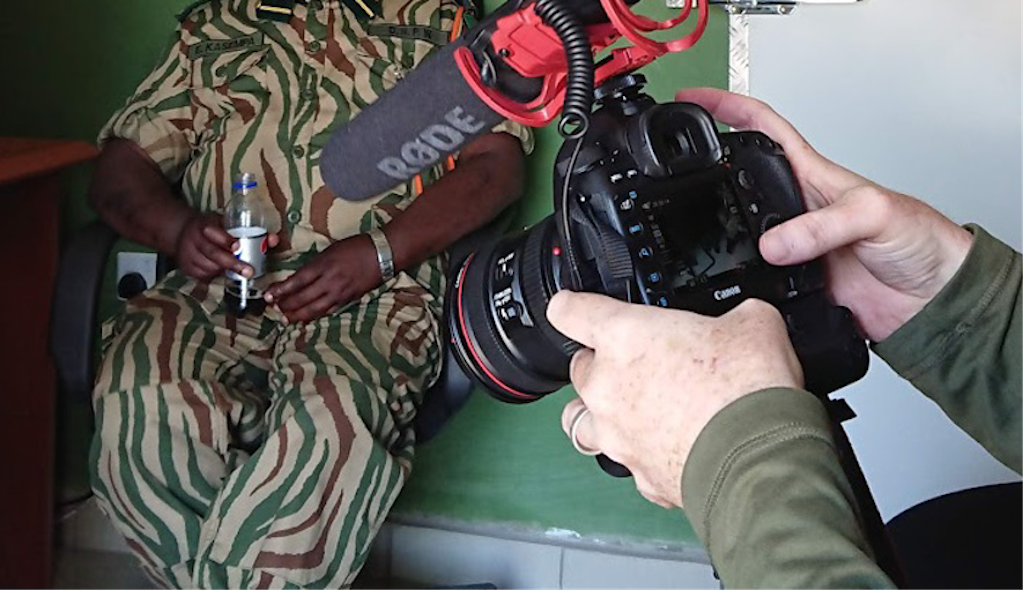 Wildlife crime in Southern Africa has become easier to track and harder to hide, after the launch of Africa’s first geomapping tool designed to follow court cases and convictions in the region. Dianne Tipping-Woods reports 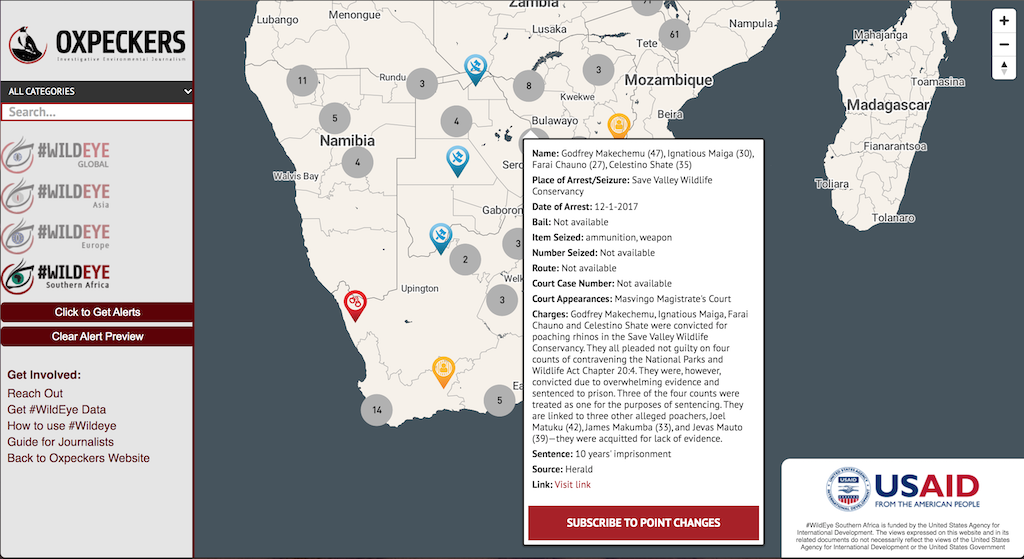 #WildEye Southern Africa provides detailed information on wildlife crime cases, including the names of suspects, where they were arrested, what species they were arrested with and, where possible, prison sentences and monetary fines

With the launch of #WildEye Southern Africa on November 17 2021, journalists and investigators finally have a single place to access data on wildlife crimes that will help drive investigative reporting and expose criminal syndicates.

Developed by Oxpeckers Investigative Environmental Journalism, with the support of USAID’s VukaNow Activity, the powerful new data-driven tool addresses a major challenge facing wildlife crime reporters and investigators: the fact that information on these types of activities is hard to find and even harder to track over time, and across borders. This has allowed criminal activity to remain hidden from public scrutiny and hindered reporting on the multi-billion-dollar illegal wildlife trade.

“We’re proud to have developed a digital tool that anyone can use to find data on seizures, arrests, court cases and convictions relating to wildlife crime in Southern African countries,” said Oxpeckers co-founder Fiona Macleod, explaining how the tool highlights trends, gaps, and questions that journalists can use to build stories through court records, or freedom of information requests.

The Southern African iteration of the tool builds on these successes. For the launch, it was populated with data from Zimbabwe, Namibia, Malawi, South Africa, Botswana and Mozambique.

Journalists have the responsibility of reporting wildlife stories accurately and within the confines of the law. Photo: Dianne Tipping-Woods

Developed by journalists for journalists, once the data is on the #WildEye Southern Africa map, anyone can use it. And the more information that is added, the more powerful the tool becomes. Data sets have been and will continue to be collected and collated on cases relating to wildlife crime in the region. Users can subscribe to alerts on specific cases or themes to receive updated information and track new developments.

“The work Oxpeckers has undertaken with USAID’s support will strengthen the capacity of journalists to investigate and report on wildlife crime, supported by the exciting open-source digital resource that is being launched today – #WildEye Southern Africa,” said Deborah Kahatano, Chief of Party at USAID’s VukaNow Activity to reduce poaching and illegal trade in wildlife and to enhance law enforcement capacity. Working with journalists in the region is one of these activities.

Over the past five months, Oxpeckers has also provided crucial mentoring and training on how to report wildlife crime to selected journalists. While it is no secret that species like rhinos, pangolins and lions are killed and illegally traded, tracking and reporting on these crimes is challenging because information sits in dusty court files in different countries with different access laws. People gathering data face bureaucracy, intimidation and other challenges even as globally, large-scale, transnational wildlife crimes threaten species, security and the well-being of local communities.

“The data already suggests wildlife crime is on the increase in certain regions,” notes Sean Ndlovu, a Zimbabwean data journalist who worked on the team collating data for #WildEye. He hopes other journalists, researchers, officials and non-profit organisations support #WildEye in making wildlife crime-related data easily available and publicly accessible, because “there is still a lot of work to be done in the region”.

Globally, the media industry is under pressure and faces harsh economic realities that often result in fewer resources in general, specifically when it comes to specialised reporting on issues such as wildlife crime. Many newsrooms end up relying on wire copy, and often only stories that have national appeal make the cut. This situation is also not helped by the fact that environmental journalism is one of the most dangerous areas of reporting.

“USAID has long shown an interest in improving the capacity of regional media to report on several issues, and combating wildlife crime is certainly one of these priority areas. It is clear that as much support as possible is needed,” said Angela Hogg, Director of the Regional Environment, Education and Democracy Office at USAID/Southern Africa.

You can find the full recording of the event here.