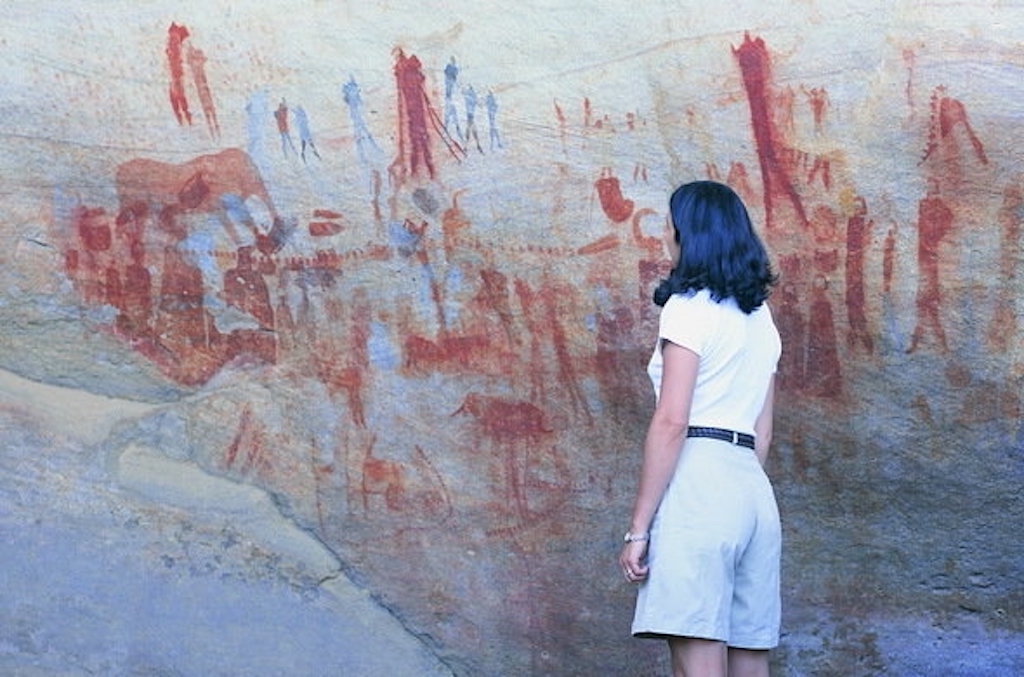 A case set down to be heard in the Limpopo High Court is expected to set a precedent on conflicts between private community ownership rights and commercial mining in the former homelands. Andiswa Matikinca reports

National heritage: The mining right area includes land at Makgabeng Plateau and surrounds, which is home to close to 1,000 rock art sites and is nominated as a National Heritage Site by the Rock Art Research Institute. Photo ⓒ Makgabeng Lodge

The case is expected to explore whether the Interim Protection of Informal Land Rights Act 31 of 1996 (IPILRA), introduced as a temporary “stop gap” to protect the land rights of communities living in the former homelands, also applies to private communal land.

Homelands, also known as Bantustans, were created under the apartheid government as administrative territories where black people were moved to prevent them from living in the urban areas of South Africa. The homelands were designed for specific ethnic groups and had limited powers to self-govern.

IPILRA legislation requires the state to give people secure tenure and secure rights over their land. These informal land rights refer to “the use of, occupation of or access to land in terms of any tribal, customary, indigenous law or practice of a tribe”.

According to the precedent-setting judgments handed down in 2018, the Department of Mineral Resources and Energy (DMRE) needs to ensure that informed consent has been obtained from a host community before a mining right over communal land is approved. This ensures that the informal land rights of South Africans living in the former homelands are protected from mining.

The new case will deal with whether procedures set out by IPILRA must be followed prior to the granting of a mining right to a company and the start of mining-related activities where some of the communal land is considered to be under private ownership, with some individuals being title deed holders of the land.

The urgent court application states that the land in question was acquired in the 1940s as released land for Africans in terms of the South African Development and Land Act of 1936. The land rights were not transferred to the rightful owners as the Africans who had bought the land were not allowed to own and the land was held in a trust by a government official (minister of native affairs), a chief or a missionary.

According to community member Mamedi Ngoepe, some occupants of the land in question had acquired title deeds and are of the opinion that they are private owners of the land. However, the land is still governed under customary law.

“Yes, they bought the land but it is still governed and administered through customary law,” said Ngoepe in an interview with #MineAlert. 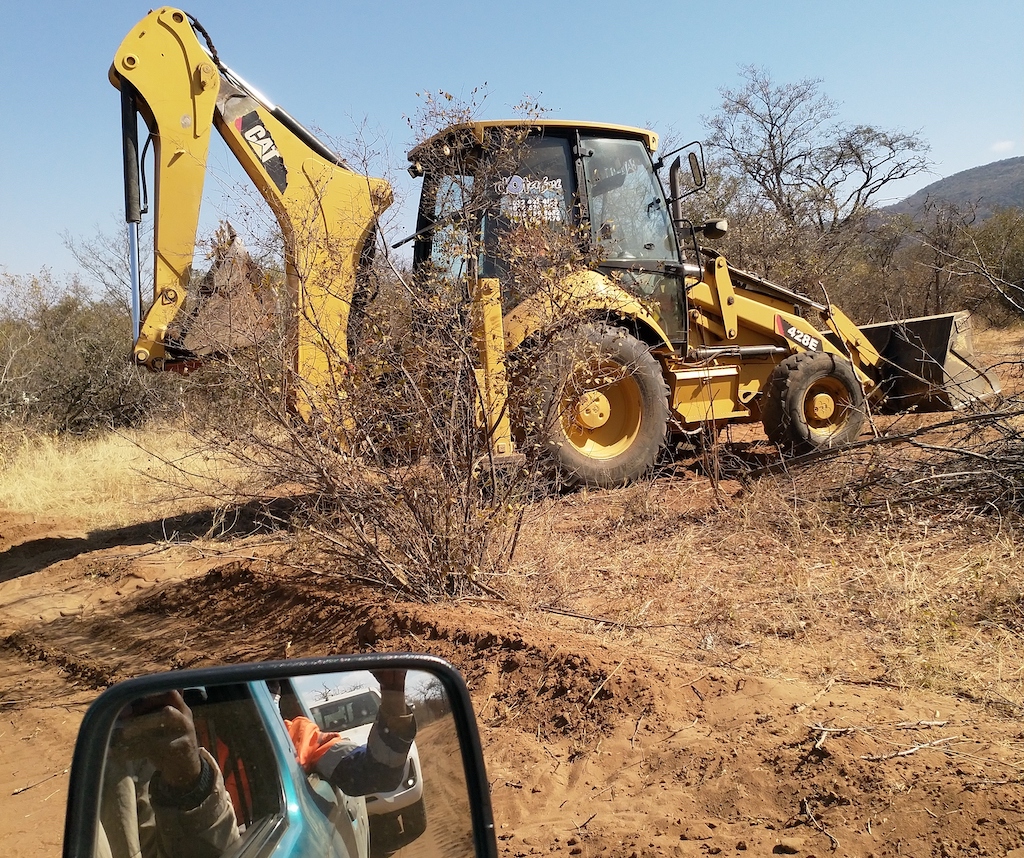 Currently set down to be heard on August 24, the case was launched by three rural communities in the Blouberg Local Municipality in Limpopo opposed to a mining right granted in February 2021 for the extraction of platinum group metals found in the area.

The Kgatlu community, the Ga-Ngoepe traditional community and the Lewaneng traditional community, represented by Nyoffu Attorneys, asked the Limpopo High Court to interdict the mining right awarded to Waterberg JV Resources by the Department of Mineral Resources and Energy (DMRE) regional office in the province, and the commencement or continuation of any mining related activities that had already been undertaken.

A media statement released by the applicants early in August says Waterberg JV Resources had failed to give residents of the Kgatlu and Lewaneng traditional communities, who are the lawful occupiers of the farms Goedetrouw 366 LR and Ketting 368 LR in terms of customary law, written notices followed by meaningful consultations in accordance with the custom and practices of the communities. These processes are both requirements in terms of section 54 of the Mineral and Petroleum Resources Development Act, as well as IPILRA.

In the court application, the applicants state that the mining company disputes the legal position of the three communities when it comes to the customary land rights issue and whether consent in terms of IPILRA is required.

The applicants’ grievances include failure by Waterberg JV Resources to compensate residents of Lewaneng and Ga-Ngoepe for economic loss and damages to the farming plots, graves and boreholes due to the mining company’s prospecting operations. These losses were confirmed in a joint investigation report compiled by the DMRE and the Department of Water and Sanitation in 2018.

The Kgatlu community also claims socio-economic loss as Waterberg JV Resources failed to engage the residents about fair and equitable compensation for loss of use of 630ha of land included in the mining right for surface infrastructure. Part of the land had been earmarked by the community for agricultural purposes.

The three communities also note that Waterberg JV Resources has not yet been issued with a water use licence and is therefore not entitled to commence or continue with mining and mining-related activities. 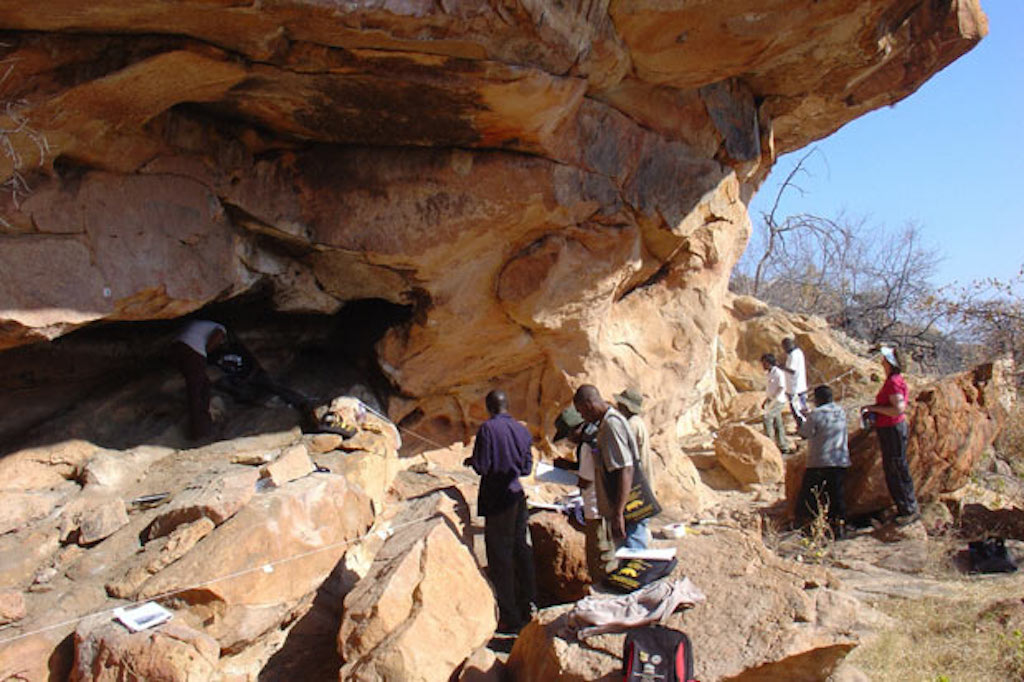 An application was filed in 2019 to nominate the Makgabeng cultural and natural heritage landscape which bears significant archaeological, historical and natural value in both the history and biosphere of South Africa as a National Heritage site . Photo © Makgabeng Lodge

According to their media statement, an ideal outcome for the three communities would be a negotiated settlement “in the context of an agreement of the parties to postpone the hearing of the urgent application in order for the parties to engage in settlement discussion under the Section 54 mechanism mediation process”.

“The community would like to engage the mine in relation to offset strategies,” said Aubrey Langa, a representative of MEJCON-SA, one of the court applicants, in an interview. “In other words, what will be done to mitigate the disturbance of the community’s heritage and loss of land?

“Once there is a balance between economic development [from mining] and the environment imperatives, then one can simply say that the project is meeting sustainable development requirements because it will be a negotiated outcome,” he said.

Waterberg JV Resources’ lawyers were contacted by #MineAlert to supply their answering affidavits in the matter. Their response was that they would not comment on pending litigation or provide any court documents until the matter is heard in court.

This article was produced with support from Oxpeckers Investigative Environmental Journalism and Code for Africa’s WanaData project.

Find and track mining licences on the #MineAlert tool