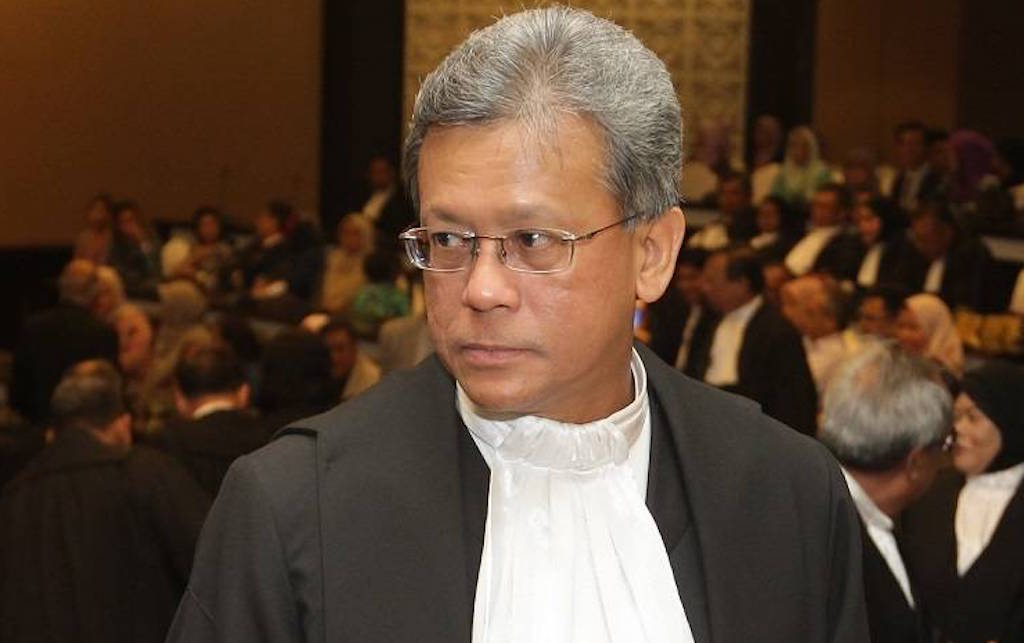 Courts in Malaysia are imposing heavier penalties for wildlife crimes, but is this enough to deter organised criminal networks? Richa Syal investigates 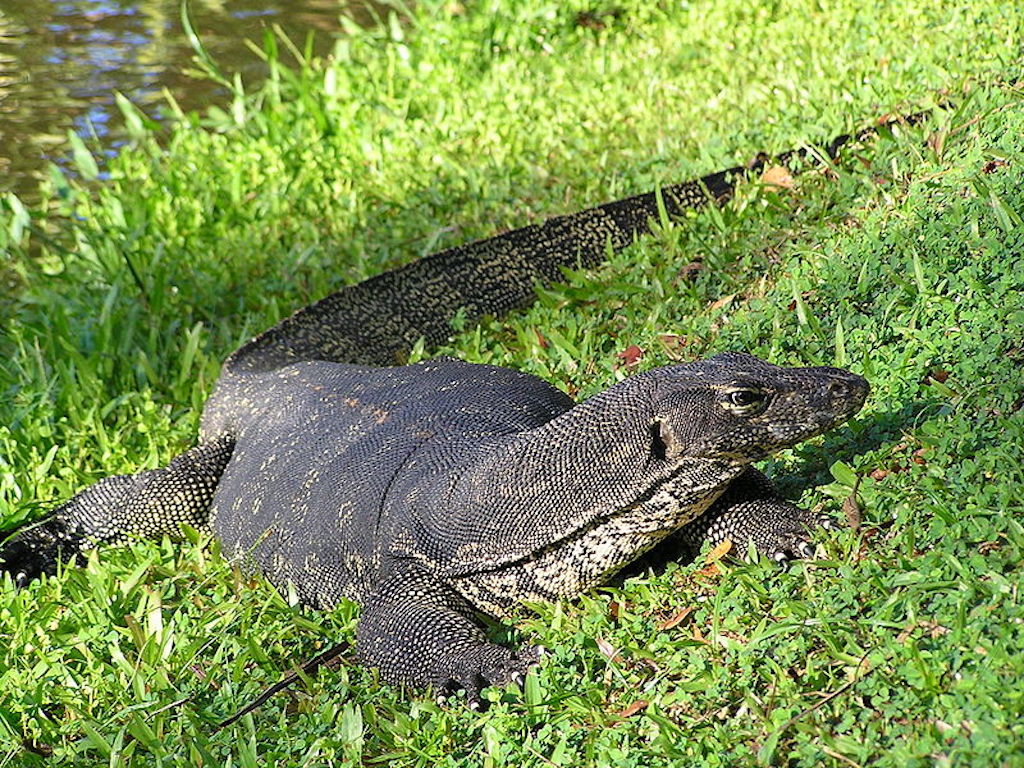 Prized for their decorative thick skins, meat said to have healing powers and body liquid marketed as an aphrodisiac, water monitor lizards have become a prime target for poaching and trafficking in Malaysia.

When Nguyen Thi Huong, a Vietnamese national, was arrested at Kuala Lumpur International Airport in 2014 after authorities found five of these lizards in her luggage, law enforcement used her case to set an important precedent for this protected species.

Nguyen pleaded guilty in Sepang Sessions Court to four charges under the Wildlife Conservation Act 2010. She was sentenced to nine months in prison and a fine of RM30,000 (US$7,421).

The prosecution appealed and a year later High Court Judge Collin Lawrence Sequerah delivered a fierce rebuttal of the sentence meted out by the lower court, calling it “manifestly inadequate”. He increased Nguyen’s sentence to 18 months in prison and a fine of RM50,000 ($12,368).

With busy maritime ports and international airports, and its long and porous land borders, Malaysia is at the heart of a vast regional illegal wildlife trade industry, implicating the biodiverse country in lucrative organised crime.

In recognition of this, a national enforcement operation known as Ops Bersepadu Khazanah was set up in September 2019 to tackle poaching and trafficking. Peninsular Malaysia’s department of wildlife and national parks, PERHILITAN, made 231 arrests between the launch of the operation and January 2021 – and 118 of the cases were brought before a court, more than 50%.

Sequerah’s judgment in 2015 is “indicative of judges of different levels being aware of wildlife crime and how detrimental it is to the country, making it a perfect landmark case for reference,” said Nor Arlina Amirah Ahmad Ghani, founder of Justice for Wildlife Malaysia.

Although arrests and seizures don’t always result in successful convictions, collation of recent court data on wildlife crimes by #WildEye Asia indicates that judges have been increasingly imposing heftier penalties when convictions are secured.

“That said, high penalties alone do not suffice in curbing wildlife crimes. There is also a need for strong enforcement and prosecution to send the message that wildlife crimes are taken seriously, from the point of detection right up to judgment.”

#WildEye Asia data indicates judges in all three regions have in recent years been leaning towards heavier sentences, following the precedent set by Judge Sequerah in the water monitor lizard case.

In a 2018 case, for instance, Abdul Haq Bin Abdul Razak was charged under the Wildlife Conservation Act 2010 for keeping an infant white-handed gibbon without a special permit. The white-handed gibbon is classified as endangered on the IUCN Red List, and is totally protected under Malaysian law.

Judge Maimoonah Aid noted in her judgment in the Seremban Sessions Court that infant primates are often captured by poachers who kill the mother and grab the infant still clutched to her chest, or when the infant comes to the ground to investigate what has happened.

“For me, keeping the primate without a special permit is like being a party to above-stated brutality indirectly,” said Judge Aid. She sentenced the offender to three years in jail and a fine of RM20,000 ($4,947).

In a 2019 case the judge used Sequerah’s reasoning to increase penalties in another appeal decision, for charges involving Malaysia’s most critically endangered species and the national animal – the Malayan tiger. With fewer than 200 left in the wild, the species faces a high risk of extinction.

The case involved a Vietnamese trader, Tran Van San, who was convicted after he was found in a community of the Orang Asli, Malaysia’s heterogenous indigenous population, with a vehicle concealing body parts of a tiger, leopard, clouded leopard, sambar deer and sun bear, all of which are totally protected species.

In the lower court Tran was sentenced to jail time ranging from eight to 30 months on 10 charges and was mistakenly not given any fines, as mandated under the Wildlife Conservation Act 2010 for hunting a totally protected species without a special permit.

On appeal High Court Judge Mohd Radzi Harun imposed a concurrent sentence of 24 months in prison and fines totalling RM150,000 ($36,518) for the charges related to the Malayan tiger, clouded leopard and leopard. 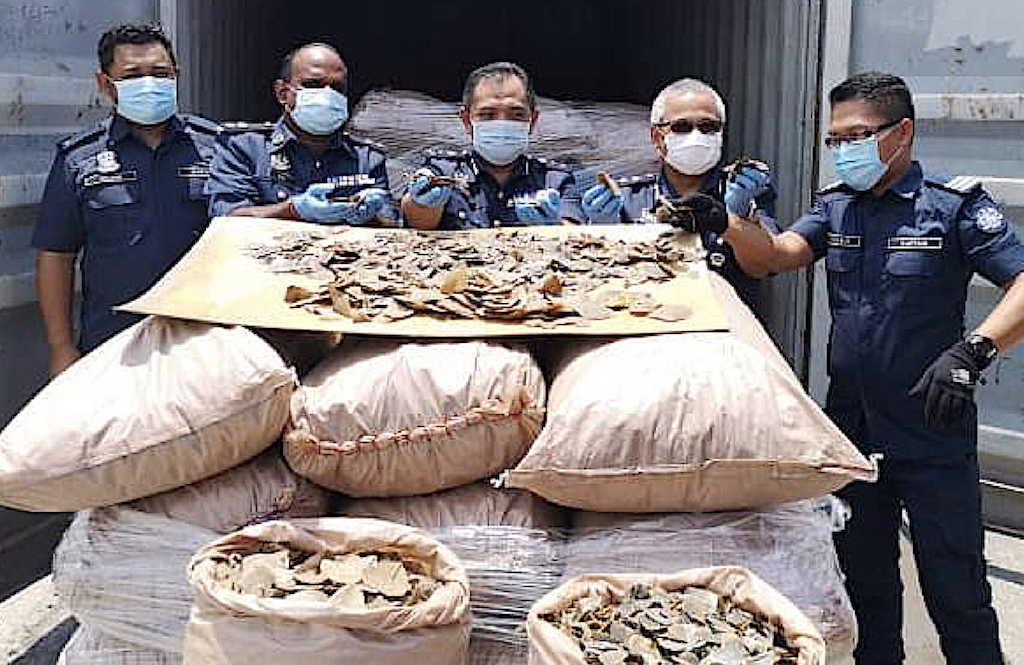 Both Sabah and Sarawak, despite following different laws, have delivered substantial penalties in high-profile cases.

In January 2020, for instance, Bintulu Sessions Court Judge Norhamizah Shaifuddin gave the largest fine imposed in the country for seized pangolins. He sentenced ship owner Tan Choon Haw and a worker, Por Seong Wooi, to one year in jail and a fine of RM1.4 million ($347,007) for possessing 146 live pangolins on their vessel in the South China Sea without a licence.

During that same month in Sabah, a couple was sentenced to four years’ imprisonment and a fine of RM200,000 each ($49,572 USD) for keeping four elephant tusks near a palm oil estate.

Justice for Wildlife Malaysia’s Ghani said that while Malaysian courts are imposing heftier fines for poaching, it’s not enough to address the problem of those higher up the hierarchy within organised criminal networks.

A recent seizure in South Africa illustrated the role played by Malaysia in global illegal wildlife trade. On February 4 South African Customs officers at OR Tambo International Airport seized 63kg of rhino horns destined for Malaysia. According to TRAFFIC, although Malaysia does not have a domestic market for rhino horn sale or consumption, it continues to be a transit hub in the trafficking of rhino horns from Africa to Asia.

“The biggest challenge I see now is dismantling organised wildlife criminal operations and exploring other avenues of resources for investigating and prosecuting,” said Ghani.

Data used in this investigation is shared in our Get the Data section. Source documents from court cases are shared on our sourceAfrica repository here. You can track these and other cases by subscribing to alerts on the #WildEye Asia tool here.

Richa Syal is a data journalist working with #WildEye Asia, and a core member of the Environmental Reporting Collective. She was based in Malaysia until 2020, where she worked on stories related to wildlife trafficking. This investigation was sponsored by #WildEye Asia and Internews’ Earth Journalism Network.