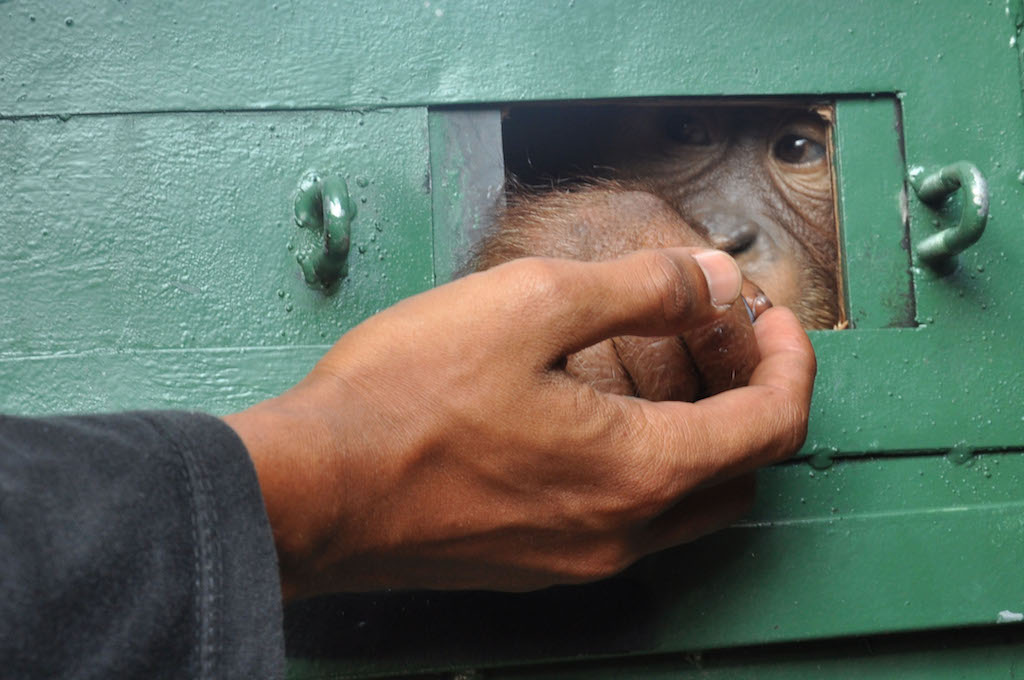 On a Saturday afternoon in December 2019, a 40-year-old Indonesian man known as Yatno was arrested by police who found a leopard, four lion cubs and 58 Indian star tortoises hidden in cardboard boxes in his car.

Yatno was acting as a courier for a wildlife smuggling syndicate operating around the Malacca Strait between Malaysia and Indonesia. He was paid 13-million rupiahs (about US$883) to transport the exotic animals.

Not long after he was caught, the leader of the syndicate, Irawan Shia (42), and two other men named Asrin and Safrijal were arrested. Shia earned 40-million rupiahs ($2,728) for the deal, half of which was spent on courier fees.

On June 16 this year, the Riau District Court used new legislation to impose an unprecedented jail sentence of four years, and a fine of one billion rupiahs ($68,000), on Irawan. His three lackeys were each sentenced to two years and six months imprisonment, and fines of similar value.

“This is a wildlife-smuggling case with the biggest verdict ever,” said a researcher at the Indonesian Centre for Environmental Law, Antonius Aditantyo Nugroho.

The baby orangutan confiscated from Russian smuggler Andrei Zhestkov in March 2019. It was transferred to the Sumatran Orangutan Conservation Programme to undergo rehabilitation. Photo: Septianda Perdana

Data from 29 wildlife-crime court rulings between January and August 2020 collated by #WildEye shows that more than 50% of convicted perpetrators were given suspended sentences of less than a year.

A smuggler named Irfan was jailed for four years on April 1 2020 after being convicted of smuggling more than 1,500 horseshoe crabs to Malaysia. However, the fine in that case was 100-million rupiahs ($6,800), and he was tried under different legislation.

Two cases in 2019 captured the public’s attention. The first was the smuggling of a baby orangutan by a Russian citizen, Andrei Zhestkov (28), via I Gusti Ngurah Rai Airport, Denpasar, on March 22. Zhestkov anaesthetised the orangutan and was transporting it to Russia in a rattan basket when he was arrested in Indonesia. The Denpasar District Court sentenced him to one year in jail and a fine of five million rupiahs.

The second case involved a skipper named Sukandar who smuggled 7,000 horseshoe crabs. He was arrested in Malacca waters on his way to Satun Port, Thailand, to sell this wildlife. The Medan District Court sentenced him to one year and three months in jail, and a fine of 50-million rupiahs, on December 1 2019. 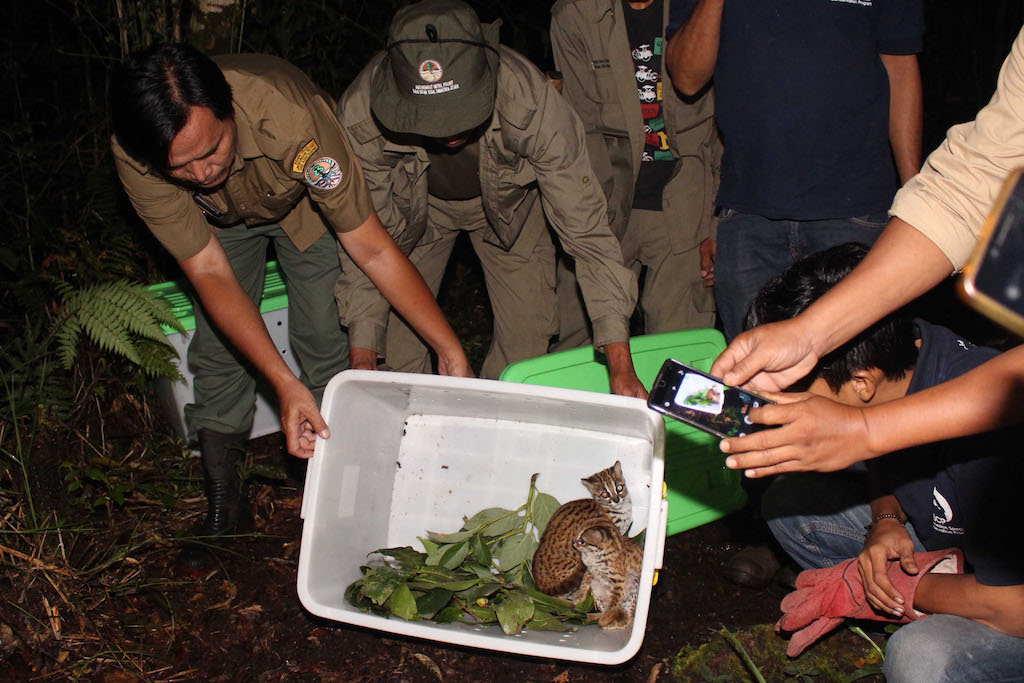 So, why were Irawan and his allies sentenced to a higher verdict than those imposed in the other cases? The answer, said Nugroho of the Indonesian Centre for Environmental Law, was due to the use of new laws.

In Irawan’s case, the prosecutor used the 2019 Act concerning Animal, Fish, and Plant Quarantine (the Quarantine Act). This Act sets higher sentences, with a maximum jail term of 10 years and a fine of up to 10-billion rupiahs (about $682,000).

“This is the first smuggling case in Indonesia that used the 2019 Quarantine Act,” said prosecutor Himawan Putra, who handled the Irawan case.

The Quarantine Act, promulgated on October 18 2019, focuses on the health sector. It was created to prevent the spread of pests, diseases and invasive agents, including the control of genetically modified products. It stipulates that wild animals and plants entering and leaving Indonesia must be reported to the Quarantine Agency, with supporting documents.

The requirements for these supporting documents are set out in the Minister of Agriculture Regulation/KR.120/5/2017. Article 12 of this regulation states that any animal entering the Indonesian jurisdiction must be accompanied by several certificates, including certificates of veterinary health, sanitation and origin, documents for transporting wildlife and those confirming that a product is halal. 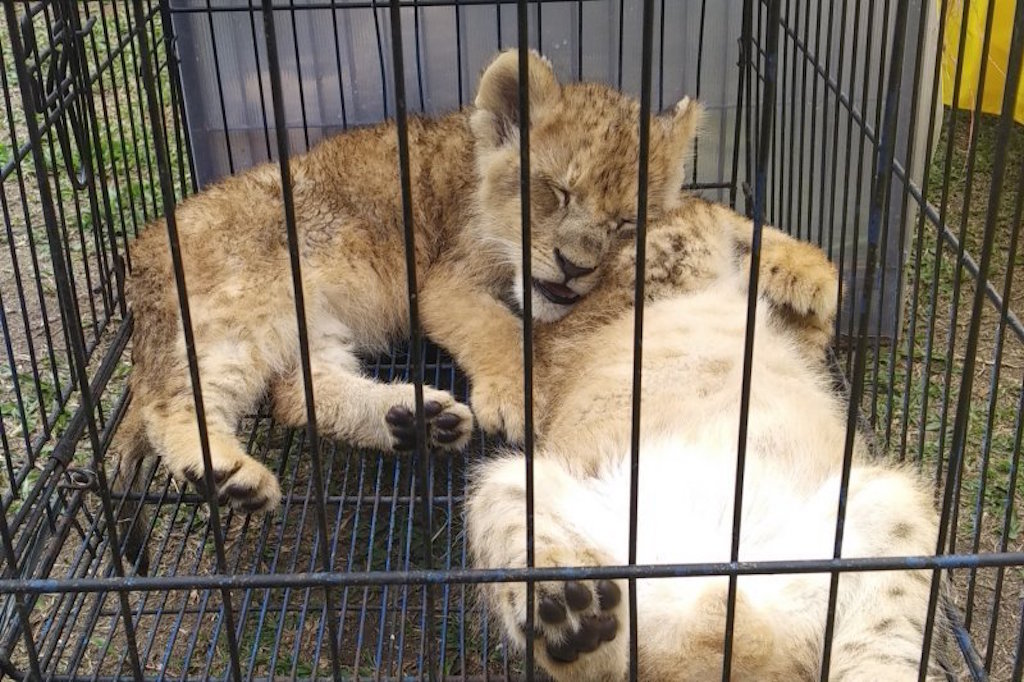 Two of the four African lion cubs rescued from the smuggling attempt by Irawan Shia’s syndicate. These animals were imported from Malaysia, with the final destination of Lampung. Photo: Haluan Lampung.

Irawan Shia’s syndicate, who smuggled exotic and protected endangered animals, could not provide these documents. Putra said the prosecuting team deliberately charged Irawan and his aides using the Quarantine Act so the case would act as a precedent with a deterrent effect.

The animals they were smuggling are not indigenous in Indonesia. “These animals [lions and leopards] are included in Appendix I of CITES, which means they cannot be traded if they come from the wild,” said Gunawan, a researcher at the Riau Natural Resources Conservation Agency, who served as an expert witness in the trial.

The Quarantine Act could provide a new pathway in animal smuggling eradication. However, Nugroho said, the Act also has technical legal loopholes because it relies on the completeness of animal and plant certification documents. If these documents equip endangered species trading, then future cases might escape the legal snares.

The 2019 Quarantine Act was also not the primary legal basis for biodiversity conservation, he said. There was still some legal vacuum in dealing with endangered species that are not protected, or non-native – for example, provisions regarding treatment mechanisms, repatriation, administrative sanctions, and even funding.

“There should be more insight and awareness among investigators, prosecutors, judges, and quarantine and customs officials so this law can serve as another approach to ensnare the illegal animal traders,” added Antonius. 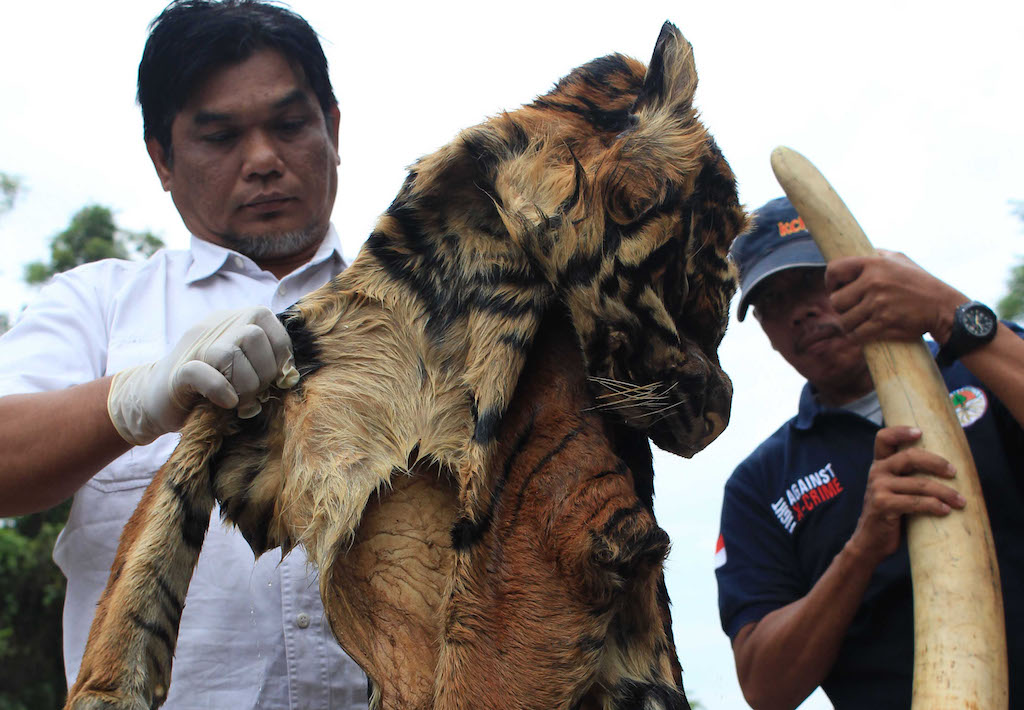 One of the main obstacles in eradicating illegal animal trade in Indonesia has been ineffective legal enforcement, Antonius said. Investigators and prosecutors were still using the Conservation Act, issued 30 years ago, and as a result the punishment for perpetrators was too lenient.

Between 2009 and 2019 the Indonesian Centre for Environmental Law collected 150 court rulings related to wildlife crimes involving 195 defendants. Analysis showed the prosecution asked for an average prison term of one year and three months, and an average fine of 18,6-million rupiahs. The verdicts of the panel of judges presiding in the cases was slightly lower, with an average imprisonment of 8.1 months and a fine of 14,3-million rupiahs.

The highest jail term in these cases was handed down to Sabian, a farmer in Bengkulu who was convicted in connection with illegally trading tiger skin and bones, and was sentenced to four years in prison and a fine of 50-million rupiahs. Only in eight different cases was the maximum fine of 100-million rupiahs imposed by the judges.

Another shortfall of the 1990 Conservation Act, she said, was that it can only be used to prosecute individuals, not legal entities, corporations, or syndicated organisations. Cases involving smuggling syndicates, such as in Irawan Shia’s case, were handled individually.

The 1990 Conservation Act needed to be revised for the courts to implement effective legal action, Hermawati said. Though the Quarantine Act provided for higher punishment, its application was restricted and would be difficult to implement in cases such as online animal trafficking or wildlife killing. 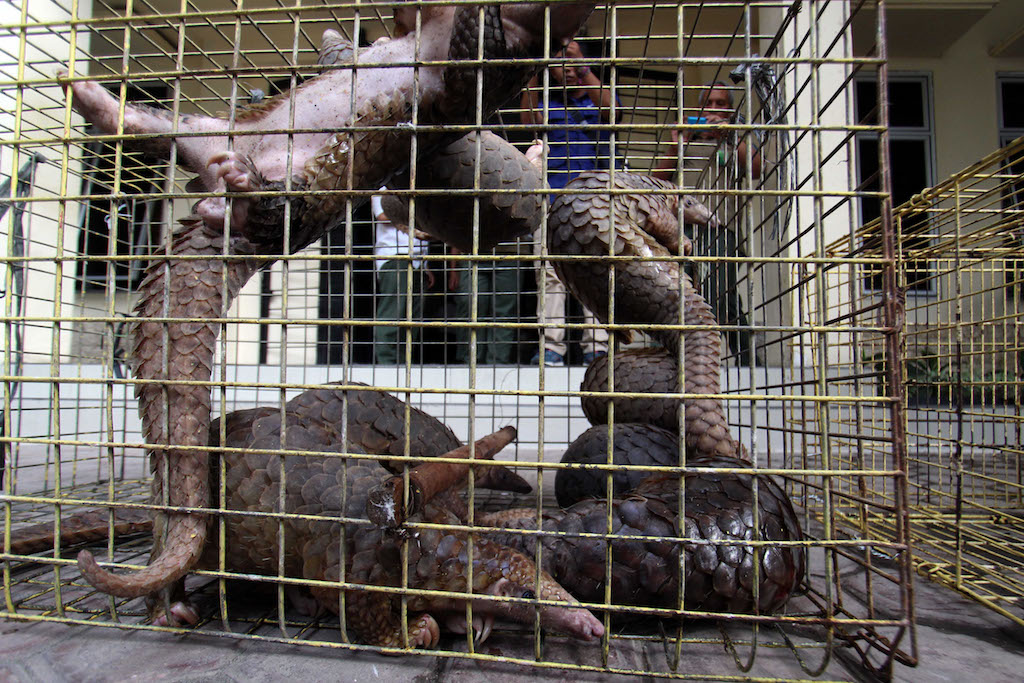 Pangolins rescued from the illegal trade by the North Sumatra Conservation Agency. Pangolins are hunted for their scales, which are believed to have medical properties. Photo: Septianda Perdana

Efforts to reform the 1990 Conservation Act have been made repeatedly. A substitute bill was included in the 2015-2019 National Legislation Programme, and was proposed by the House of Representatives. The academic manuscript had been prepared and submitted to the government on December 6 2017.

However, discussions about the Conservation Bill review were continuously hampered. The Ministry of Environment and Forestry, the government’s representatives and the House of Representatives have not agreed on several matters – among them the basic philosophy of conservation.

The academic manuscript of the Conservation Bill that was filed by the House of Representatives contained a change in the concept of conservation to “protection, utilisation, and recovery”. According to the Minister of Environment and Forestry, Siti Nurbaya, the universal basic concept adopted from the World Conservation Strategy was “protection, preservation, and utilisation”.

The proposed Bill also separates conservation areas into water and land, and conservation must be treated from the perspective of a whole area in an interconnected ecosystem.

Another crucial stumbling block was the provisions for the use of conservation areas by corporations, both state and private. This contradicted the 1945 Indonesian Constitution, which stipulated that natural resources were controlled by the country and used as widely as possible for people’s prosperity.

“The government considers that fundamental deepening is still needed, especially related to the philosophy of conservation and ecological principles, as well as concerning constitutionality and its implementation,” wrote the Ministry of Environment and Forestry in response to the Conservation Bill.

Wiratno, the General Director of Conservation of Natural Resources and Ecosystems for the Ministry of Environment and Forestry, told #WildEye that the 1990 Conservation Act is still adequate to arrest and prosecute the perpetrators of animal crimes.

“There were perpetrators who got sentenced to three or four years in jail. This depends on negotiations with law enforcement officials. We got a lot of support from the police,” he said.

However, #WildEye’s data indicates only a fraction of the perpetrators were given the maximum sentence. Most of them enjoyed liberty and income from their crimes after serving several months in prison.

Moreover, the maximum fine of 100-million rupiahs stipulated in the 1990 Conservation Act was far less than the profits the perpetrators gained from animal trafficking, said Hermawati.

“The profits they get from animal trafficking are enormous. So how will the law be a deterrent if the verdict is too lenient?” she said.

This investigation was sponsored by #WildEye Asia and Internews’ Earth Journalism Network.