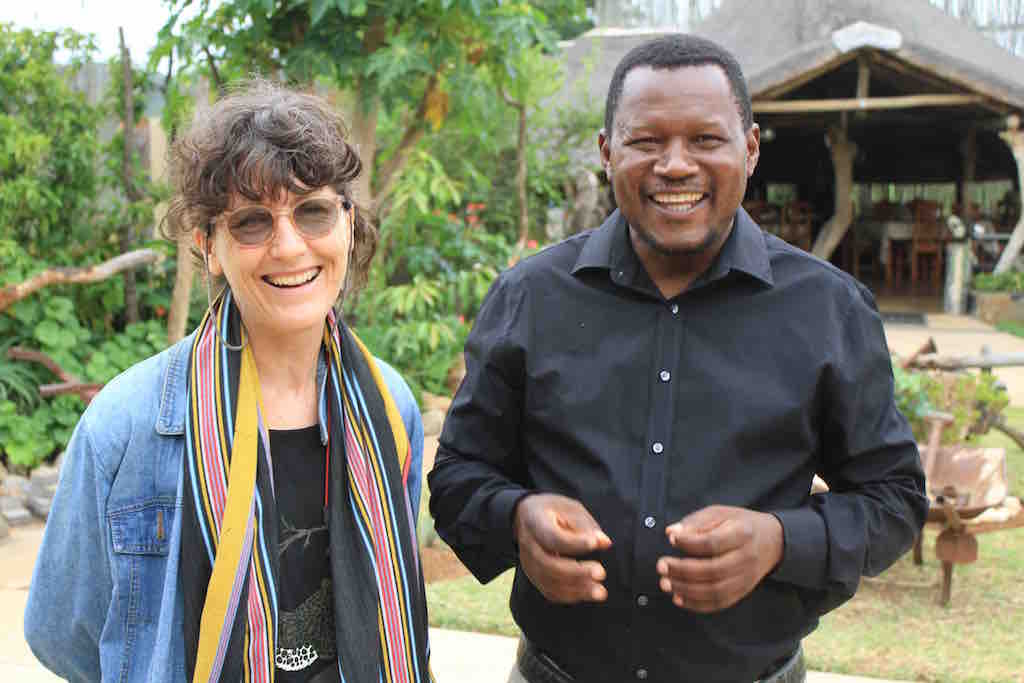 Posted on 5 Feb, 2020 by Oxpeckers Reporters

Instead of grabbing the story and rushing away to publish, this journalistic investigation helped remote rural community members participate in the project

Often, when journalists visit remote rural communities to report on an issue, they build contacts with locals, explore the problems and then they leave. Sometimes the affected communities do not even see a copy of the article published about them.

The team working on the Pulitzer project Conservation Capture sought to overcome this parachute tendency by treating the subjects and sources of the investigation seriously. For the past five years journalists working on the MalaMala land claim with Oxpeckers Investigative Environmental Journalism have nurtured relationships of trust with their sources, and the affected community members deserve to be kept updated with outcomes.

The first step we took was to arrange our media investigation into bite-sized chunks. We drew up six scripts using simple language and short sentences, to set out the history of the land deal, why it is such a mess, what the dispute is about, how the benefits are being shared, the status of legal processes, and why we have been following the story.

We decided to record and share these as voice notes because the one common denominator, even in the most far-flung areas, is the cellphone. Another common medium of communication in rural areas is good old-fashioned radio.

We turned to a modern hybrid, the podcast, which combines the immediacy of radio communication with the ease of digital technology. Back in the day, recording for radio would involve having to go to a conventional studio, expensively fitted with high-fidelity recording equipment and soundproofing. The barriers to entry for anyone wanting to set up a radio station would be high, involving a big investment in recording hardware.

Enter a new generation of sound entrepreneurs. We teamed up with Volume, a WhatsApp-first podcast network based in Johannesburg, South Africa. Founded by Nieman journalist Paul McNally, Volume focuses on hyper-local reporting via high-quality podcasts and audio content.

McNally and his partner rent a room in an office block, and a simple wood and hardboard “black box” structure serves as the studio. The only old-school touch is the microphone. Otherwise everything is wired to his laptop; there is not a single large office machine to be seen.

The journalist on the project, Michelle Nel, read the scripts in the wooden “black box” studio. More than 400 kilometres away, community activist and Bushbuckridge entrepreneur Zamani Mathebula joined in some of the recordings while sitting in his car, with the engine switched off and windows closed.

Mathebula then sent his voice recordings to McNally, who edited them together with the “black box” studio recordings. The next day we had six neatly packaged voice notes, each between two and four minutes long, which were shared with community members via WhatsApp.

WhatsApp is the second most popular app after Facebook and is used by people all over the world, including in remote Bushbuckridge. As freelance journalist Rosie Spinks writes in Only voice memos can save us from the scourge of email, WhatsApp voice notes are a popular option for communities that are dispersed.

We enlisted the help of Mathebula in disseminating our voice notes to community members. He sent them mainly to an expanded list of MalaMala settlement beneficiaries who are trying to be verified once and for all. Many of them belong to families with ageing and ailing parents.

The story and voice notes generated excitement and hope in the community, Mathebula said, and the would-be beneficiaries felt heard and supported. He was excited about the reach of the digital broadcast: “Once a message goes out on WhatsApp, it goes viral,” he said.

Our sound stories were distributed, inter alia, to villagers listed as beneficiaries of the MalaMala deal. It took Oxpeckers five years to get this list, which was kept secret until a series of court cases about the deal were launched in 2018.

Our multimedia investigation Conservation Capture included an interactive dataviz showing the ages and genders of the listed beneficiaries. Code for Africa’s data and design team used Shorthand to create the total package, and Flourish for the dataviz charts.

They wrangled the beneficiaries data from the South African identity numbers provided in the original list (we removed the ID numbers for publication, in the interests of personal privacy). Working with google sheets, the team removed duplicates, invalid ID numbers and records with no date of birth.

In Google Collab a script was written using Python programming to verify the ID numbers, via Luhn’s algorithm. Verification results were exported to Google sheets for further analysis, and ID numbers that produced a false Luhn’s status were removed.

The final verified dataset was collated and ages were put into categories for easier data representation. Pivot tables were used to summarise the analysis, and the data was visualised using a Flourish grouped bar chart that filters by gender.

The Beneficiaries chart shows the majority is now aged 60 and above. As our story reported, among those who have still not received a cent out of the MalaMala deal are many listed beneficiaries who have died and about 500 elderly people who are surviving on government pensions.

The last of our audio files brings this point home with a poignant voice note from Mathebula. Recorded in January 2020, he said: “Since you [journalists] visited the villages in November 2019, another three of the beneficiaries have died.”

Conservation Capture was produced by Oxpeckers Investigative Environmental Journalism in partnership with Pulitzer Center, Code for Africa, Dominion and Volume