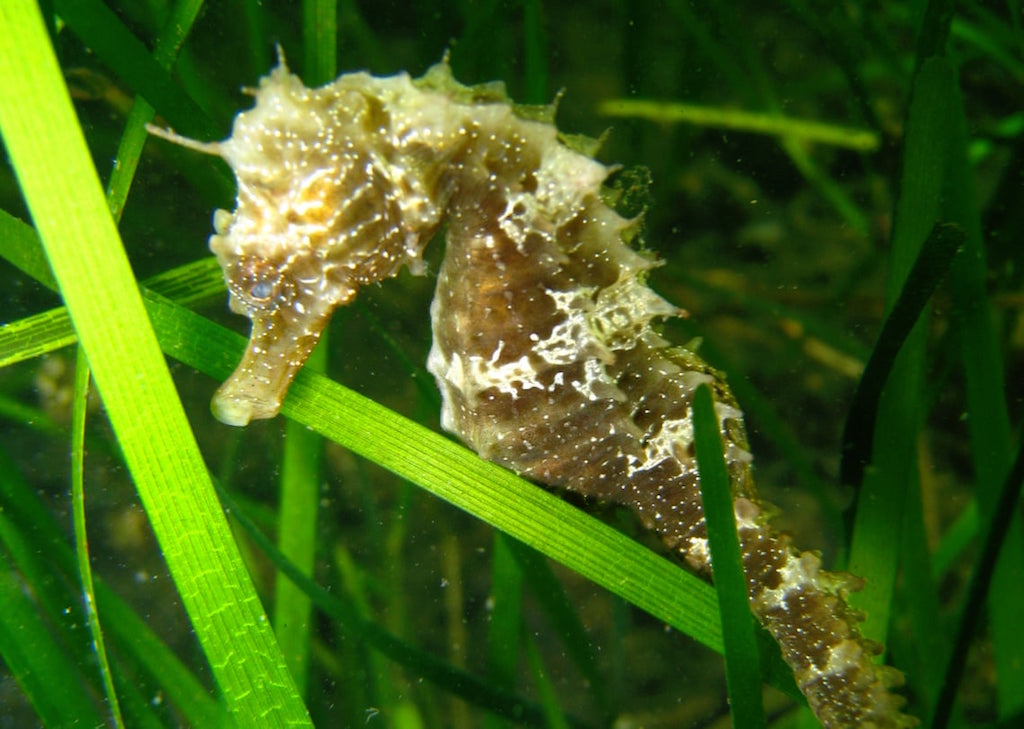 A hippocampus guttulatus seahorse in the Mare Piccolo. Photograph: Mare Per Sempre

Every night dozens of wooden boats loaded with fishing equipment pass under the Punta Penna bridge and into the protected waters of the Mar Piccolo, a unique saltwater lagoon in the southern Italian port city of Taranto.

Trawling nets, cage traps and even homemade bombs are deployed into the moonlit waters by those in search of lucrative prey. “It’s like my father picking lemons and making limoncello at home,” says Luciano Manna, a local activist who has been monitoring the illegal activity for five years. “It’s too easy.”

The lagoon is so rich in biodiversity – with long-snouted seahorses, prized mussels, rare seaweeds, greater pipefish and loggerhead sea turtles among its native species – that marine biologists call it a “living eco-museum”.

But an organised illegal wildlife trade with links to China is quietly devastating the Mar Piccolo and many other coastal habitats across the Puglia region, with experts warning that endangered marine species are being pushed to the brink of extinction.

Michele Gristina, who works for Italy’s Institute for Coastal Marine Environment, has been studying the seahorses in Taranto for nearly 20 years. Once one of the largest concentrations in Europe, the seahorse population collapsed between 2016 and 2017. The only explanation, he says, is poaching.

“We tried to explain it [the decline] with environmental reasons such as the spread of pollution, water temperature or oxygen depletion, but it wasn’t the reason,” says Gristina. “People have seen there are a lot of seahorses and that money can be made, and they have begun to hunt them. In my opinion, seahorses along Italy’s coasts are seriously endangered.” 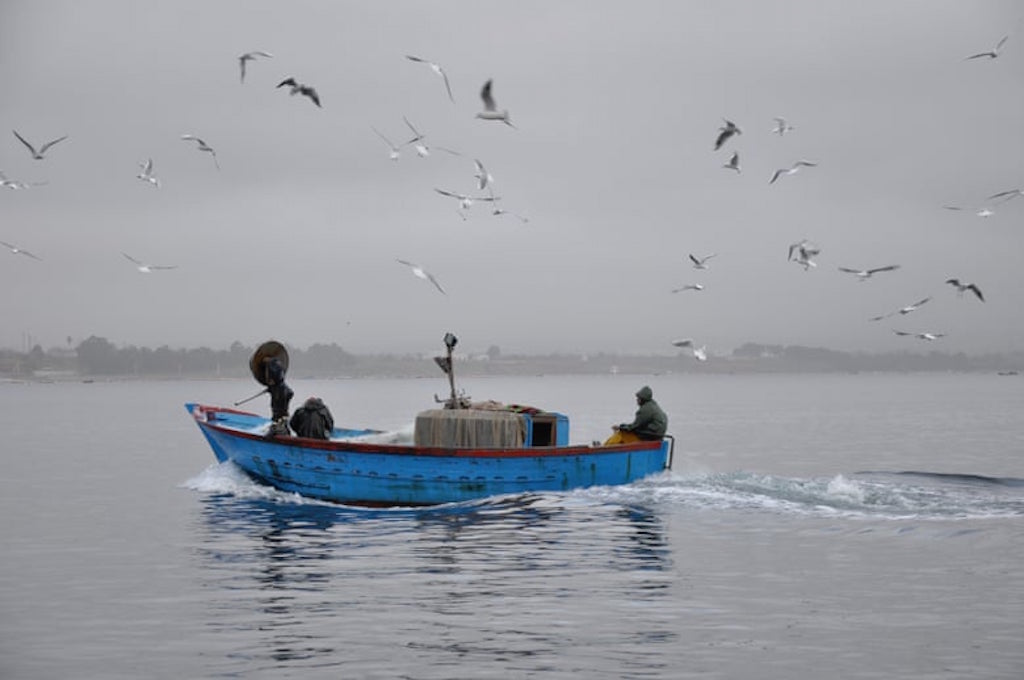 A fisherman on the Mar Piccolo. Photo: Luciano Manna

In November five people said to “specialise in the use of explosive devices” were arrested by the Taranto coastguard in an operation that uncovered several kilograms of explosive material and TNT at the city’s mooring dock.

The previous month the coastguard seized 228 plastic buckets of sea cucumbers – weighing four tonnes – hidden in cargo ready to be shipped to Greece from Brindisi, one of the region’s largest ports.

“This was part of a bigger activity,” says Giorgio Castronuovo, commander of the Taranto coastguard, who is leading a criminal investigation into wildlife trafficking.

These were just two in a series of discoveries, despite a ban on the trade of sea cucumbers introduced in February 2018 by the ministry of agriculture, food and forestry policies that acknowledged the “invaluable” role of the species in breaking down bacteria in the bio-marine system.

“What we can say is that the Italian market does not have a demand for these species, so it must be international,” says Castronuovo. “Until a few years ago, there was no interest. When the demand started from abroad, fishing began.” 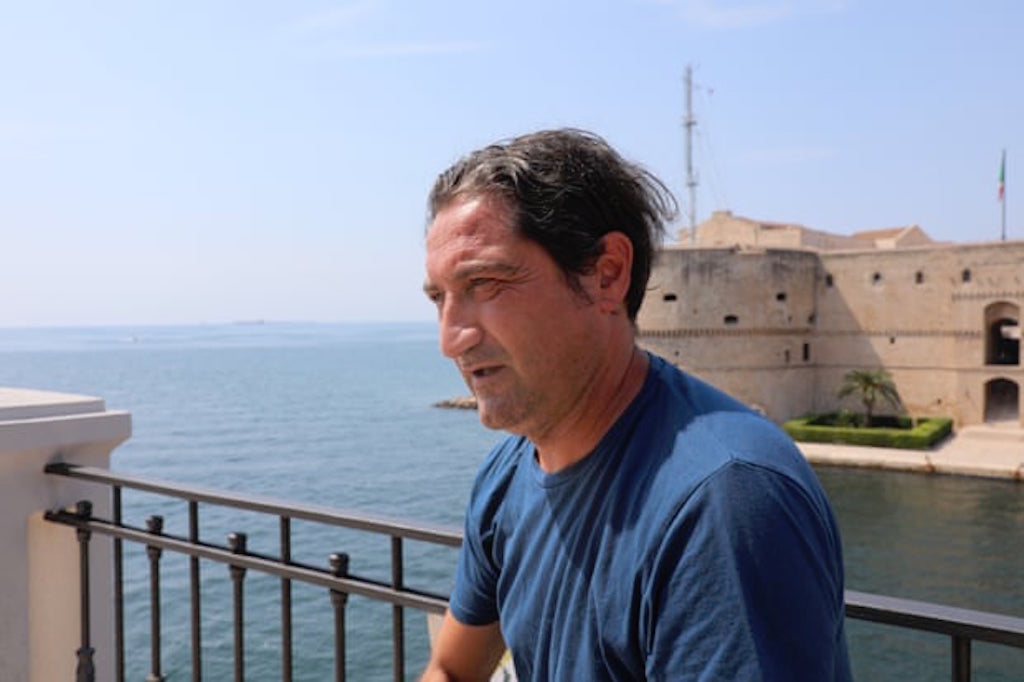 Activist Luciano Manna has received threats for the work he does. Photo: Peter Yeung

Manna, through the Italian investigation website Veraleaks, uncovered evidence that in addition to formalised trafficking transactions the species are sold on the Chinese social media site WeChat, where products are advertised as coming from “Italy, the Mediterranean”. They are also sold by third-party sellers, who claim to offer “wild capture” through online retailer Amazon.

Tencent, the owner of WeChat, said in a statement: “We are vigilant against unscrupulous parties making unauthorised use of our platforms and services to pursue illegal activities. We encourage users to report illegal and inappropriate activities.”

A spokesperson for Amazon said: “All sellers must follow our selling guidelines and those who do not will be subject to action including potential removal of their account. The product in question is no longer available.”

Authorities say local fishermen have close ties with Chinese traffickers who transport species of seahorses and sea cucumbers in huge numbers, by air or by sea, often passing through Greece on the way to south-east Asia. The practice, they say, is happening all along the Puglia coast at fishing villages and towns.

The coastguard says that on the bottom rung, local fishermen receive about €0.80 (£0.70) per kilogram for sea cucumbers. For the middlemen who clean, prepare and store the creatures, the value increases to €7 a kilogram. By the time sea cucumbers enter the Chinese market, prices rocket to between $200 and $600 per kilogram. Seahorses can be worth $700 a kilogram in Asia at the end of the chain, according to the coastguard. 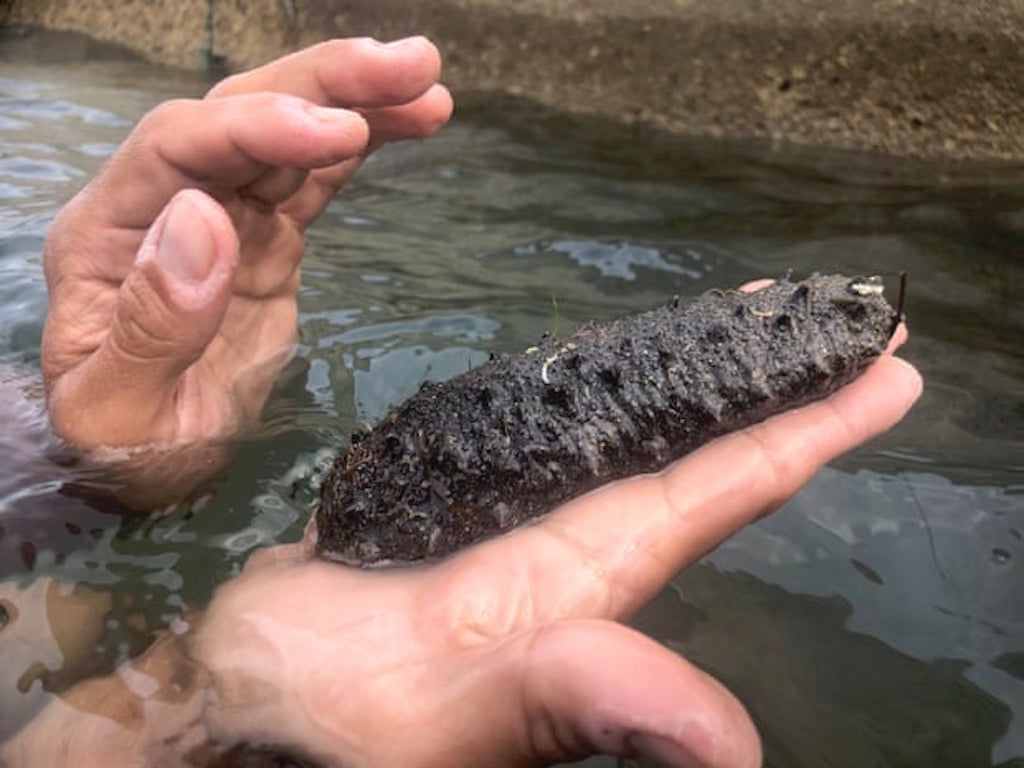 A sea cucumber found in the Mar Piccolo. Trade in sea cucumbers was banned in February 2018. Photo: Peter Yeung

In China many people believe seahorses are a powerful aphrodisiac. They are used in traditional medicine, to create a precious liqueur, or simply as ornaments. Sea cucumbers are consumed as food, or used for medicine and cosmetics.

“It’s anarchy,” says Sergio Passarelli, a marine biologist at Mare per Sempre, an NGO that owns the only permit to scuba dive in the Mar Piccolo. “From Taranto down to the Ionian Sea they fish everywhere there is sand, rocks and algae.”

Campaigners say they have received threats from criminal groups and are concerned about the limited efforts by authorities to thwart the trade.

“I have received warnings against my life for the work I do,” says Manna. “Fishermen unload wherever they want, the fish is not checked, but weighed and sold on the black market.”

Rinaldo Melucci, the mayor of Taranto, says the authorities are doing all they can to tackle the problem. “The municipal administration will put any information from its current video surveillance system along the affected area at the disposal of the competent authority and is starting to strengthen this survey network, while at the same time preparing supplementary control services from the local police,” he says.

There are about 40 species of seahorse in the world, according to the International Union for Conservation of Nature, and more than a quarter are considered vulnerable or endangered. An additional 17 species, including both of those found in the Mar Piccolo – the Hippocampus guttulatus and Hippocampus hippocampus – cannot be reliably classified in terms of global-level risk and are therefore listed as “data deficient”.

An estimated 37-million seahorses are caught each year, and the Convention on International Trade in Endangered Species notes that they are threatened due to “overfishing and unsustainable trade”.

Miguel Correia, a Portugal-based collaborator with the international research institute Project Seahorse, who also carried out research in Taranto, warns that the trafficking network extends beyond Italy and across southern Europe. In 2017 Spanish police arrested traffickers in Cadiz in possession of more than 2,000 dried seahorses.

“They are operating here in Portugal and other countries,” says Correia. “If it continues they could completely disappear.”

This reporting was supported by the Internews’ Earth Journalism Network Investigating Wildlife Trafficking project, and was published by The Guardian here