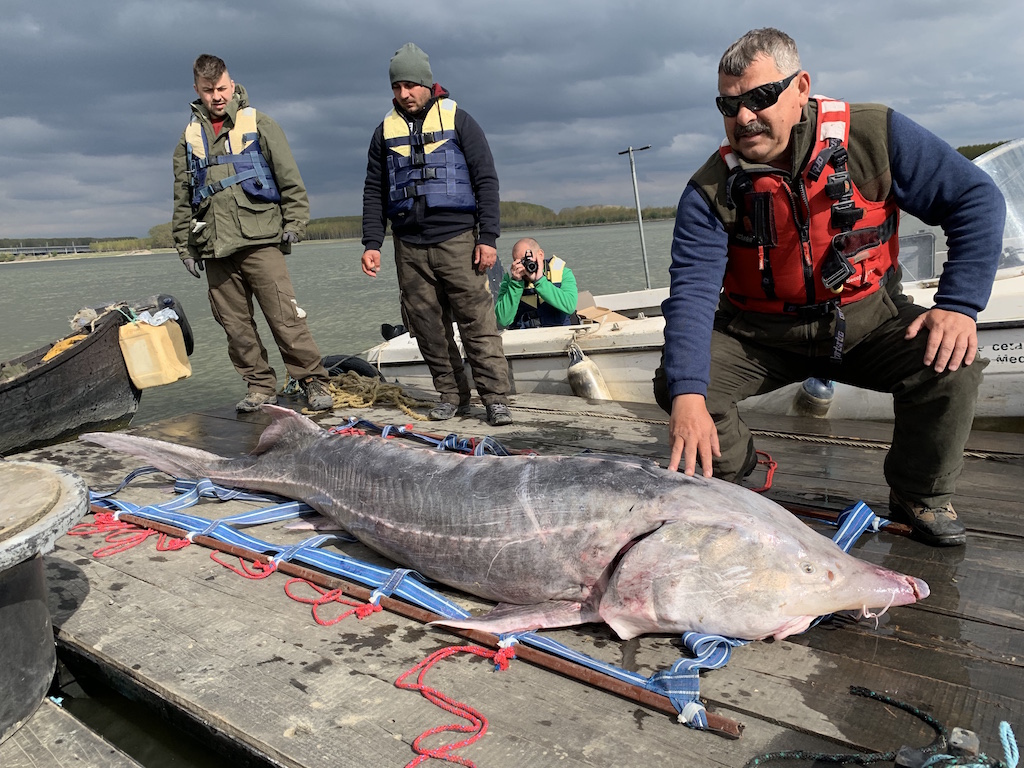 This story of an ancient species at risk is also the story of a proud people laid low by regulation. It shows that conservation is never simple, writes Marius Daea

In 1890 Romanian biologist Grigore Antipa broke a national record that stands to this day, when he caught a giant of a fish: a beluga sturgeon weighing 886kg. These fish — specifically the mature females — are living gold mines. Their eggs, the famed caviar, can sell for as much as US$1,865 per kilo and a single large fish can yield as much as 150kg of the stuff.

But the gourmand’s blessing has been the beluga sturgeon’s curse. Overfishing has pushed the fish to the brink of extinction. And while it is now illegal to catch a beluga sturgeon, poaching is rife, thanks to corruption, organised crime and desperation among fishing communities that were not offered an alternative way to make a living.

This story of an ancient species at risk is also the story of a proud people laid low by regulation. It shows that conservation is never simple.

Beluga sturgeons live in the Black Sea and travel up the Danube River to lay their eggs. Some 2,000 years ago, the Dacian people placed fences made of logs and branches on the bottom of the river to trap the fish. Today people use specially built fishing gear with rows of large steel hooks to withstand the force of the fish, which can reach up to 8m in length.

The sturgeons have been about for 200-million years but now are critically endangered. The giant specimens are rarely seen these days. The fish are vulnerable because the females don’t mature until they are 18 years old and then only produce eggs every six years.

Dams on the Danube have interrupted their migrations, harming reproduction. And for many years, harvesting continued at unsustainable rates. This was particularly true during the communist era, and especially the 1980s, when caviar from Black Sea sturgeons helped pay off Romania’s national debt. On a good fishing day, local people could harvest 200kg of caviar in the Sfântu Gheorghe area alone. 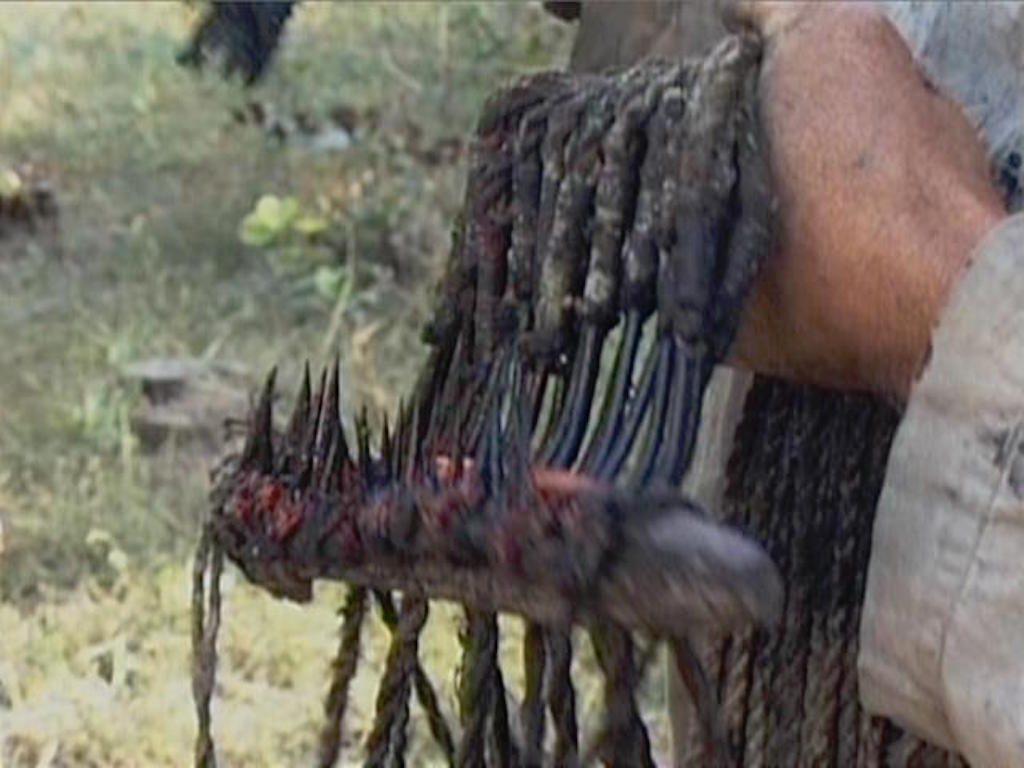 Romania banned wild sturgeon fishing in 2006 to protect the species. With the ban in place, there was significant growth of sturgeon farming, financed in part by the European Union and the government. While this aquaculture was meant to replace wild caviar, the illegal trade continues.

One fisherman in Sfântu Gheorghe mentions a recent study that showed about 70% of Romanian aquaculture caviar destined for export was, in fact, from wild sturgeons. “So, in that case, who should I point the finger at?” he asks. “Probably the guy exporting the caviar had a few poachers who provided him with wild fish.”

Between 2015 and 2019, the Border Police Inspectorate General filed 49 lawsuits for sturgeon poaching, and seized 520kg of illegally caught sturgeon and 450kg of caviar. Interviews with local people suggest the scale of poaching is much greater, particularly in the Danube Delta and the Borcea branch of the river, which are both important for sturgeon migration and reproduction.

Fishermen in these areas complain that they were not consulted when the ban on sturgeon fishing was decided. They say they have been sentenced to starvation, since the state took away one of their main sources of income without providing alternative livelihoods. The government also tightened restrictions on fishing for Black Sea shad, drastically limiting earning possibilities. 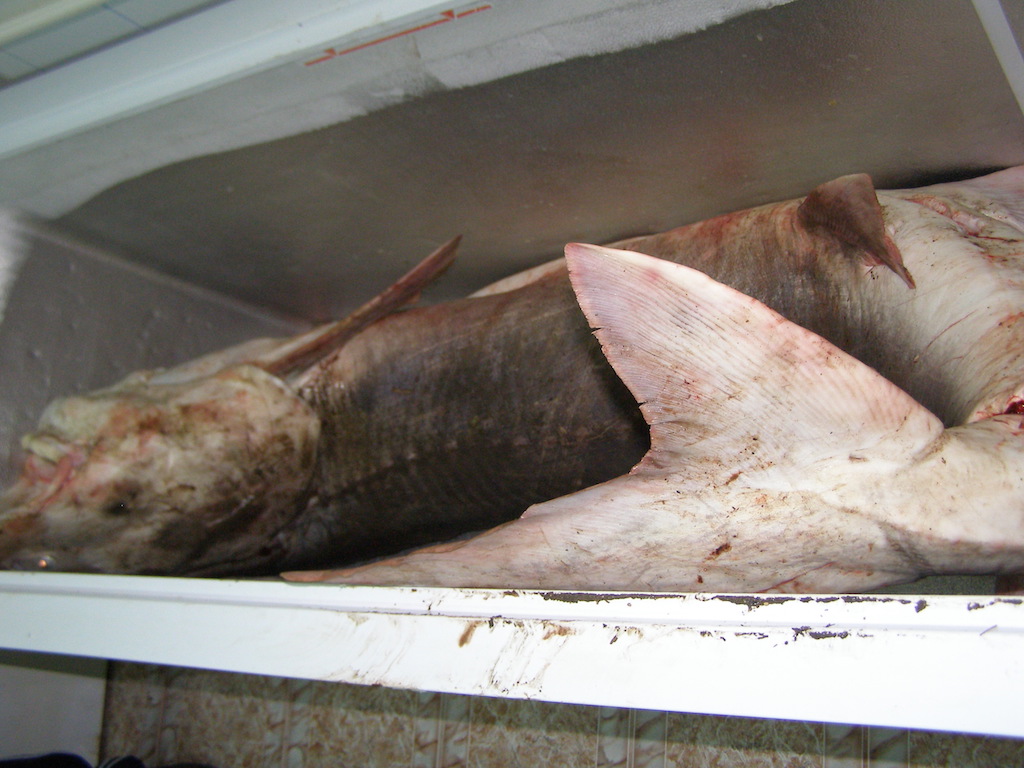 Thanks to the ban, some fishermen in Sfântu Gheorghe are now afraid to take their fishing gear out to sea at certain times of year in case they accidentally catch a sturgeon, which would automatically make them criminals. But several others say that if they caught a sturgeon by accident, they would not set it free. They say they have endured too much injustice, and must think about the families they support.

There are also organised poachers with faster, more powerful boats than those of the Border Police or the Constanța Coast Guard. Ever since authorities banned fishermen from anchoring their gear in place with stakes hammered into the sea bed, they have used GPS technology to identify the capture sites.

The scale of the problem is revealed by the experiences of the National Institute for Research and Development for Environmental Protection in Bucharest. It has been inserting ultrasonic tags into captured wild sturgeons and releasing them to monitor their migratory behavior. The institute’s director, Deák György, says however that 70% of the tagged sturgeons were poached.

The institute says it is also being thwarted by other authorities. It accuses the National Agency for Fishing and Aquaculture (NAFA) of failing to implement an order from the ministry of environment that would allow the institute to capture, tag and release 300 sturgeons in order to monitor them. However, NAFA president Nicolae Dimulescu says the order is illegal and that he will not abide by it. He, in turn, accuses the institute of illegal practices. The two organisations are battling each other in the courts.

These are just some of the 11 state bodies watching over the Danube, the Danube Delta and the Black Sea to control fishing, and fight poaching and caviar trafficking. When several of these institutions were asked in 2019 for reliable data about how the ban was implemented, and its effects, nobody could provide a scientific study or comprehensive research. 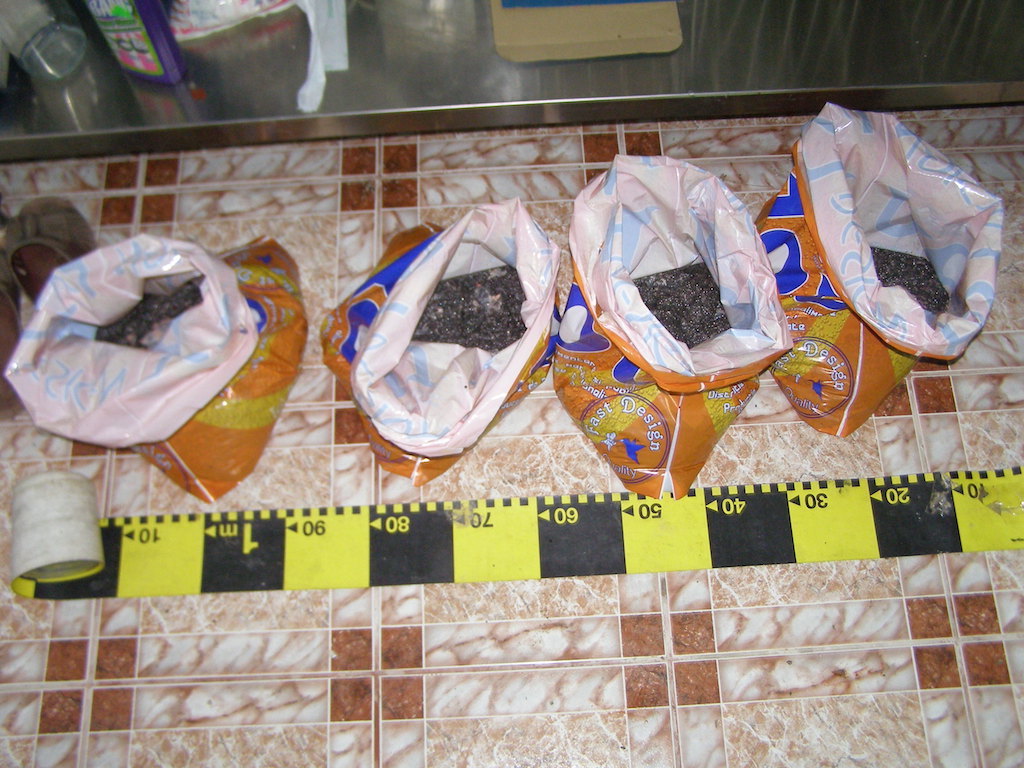 Radu Toni, the head of the Danube Delta Police Service, which covers the Danube Delta Biosphere Reserve, says the entire reserve is now free of organised poaching, and that any poaching incidents are isolated.

However, Cristina Munteanu of WWF Romania — who is the national coordinator of the Save the Danube Sturgeon project — says “poaching is still a major issue”. Fishermen accuse the Border Police of failing to catch poachers, despite managing a high-tech system called SCOMAR that enables them to observe and control all traffic on the Black Sea.

“There is a ‘magic eye’ called SCOMAR that was supposed to see all that’s happening, yet doesn’t see the sturgeon poaching that is officially non-existent, doesn’t see the existing drug traders and the drugs are moved right under their noses,” says one fisherman in Sfântu Gheorghe. Another says: “All the control institutions have one common objective — to cover up the illicit caviar trade.”

One police body tasked with fighting poaching and caviar trafficking is the Service for the Protection of the Forestry and Fisheries Resources. Its head, Marian Sora, says tougher legislation and penalties are needed. The police catch the poachers, seize the contraband, investigate and put together lawsuits. But in the courts of law, the poachers and traffickers get off with suspended sentences and fines they never pay. Sora says the punishment for sturgeon poaching and caviar trafficking should be at least five years in prison.

Munteanu agrees there should be appropriate sanctions and better law enforcement, but also greater collaboration between the government and fishing communities. “We want to find alternate activities to fishing that would bring them enough income, so that their financial situation never forces them to resort to poaching again,” she says, “and to communicate with them for the next decisions that will be made regarding sturgeon fishing, so that the fishermen are affected as little as possible.”

She says the authorities promised the fishermen a solution to their problems, but never discussed or came to a mutual understanding regarding the fishing ban, and that this explains the fishermen’s reaction.

“In the Danube Delta a lot of them found themselves going from being heroes of the Delta to poachers, people at the edge of the law, which certainly hurt their ego, their pride, and led to that state where they totally and even brutally rejected this decision of a full sturgeon fishing ban,” she says. 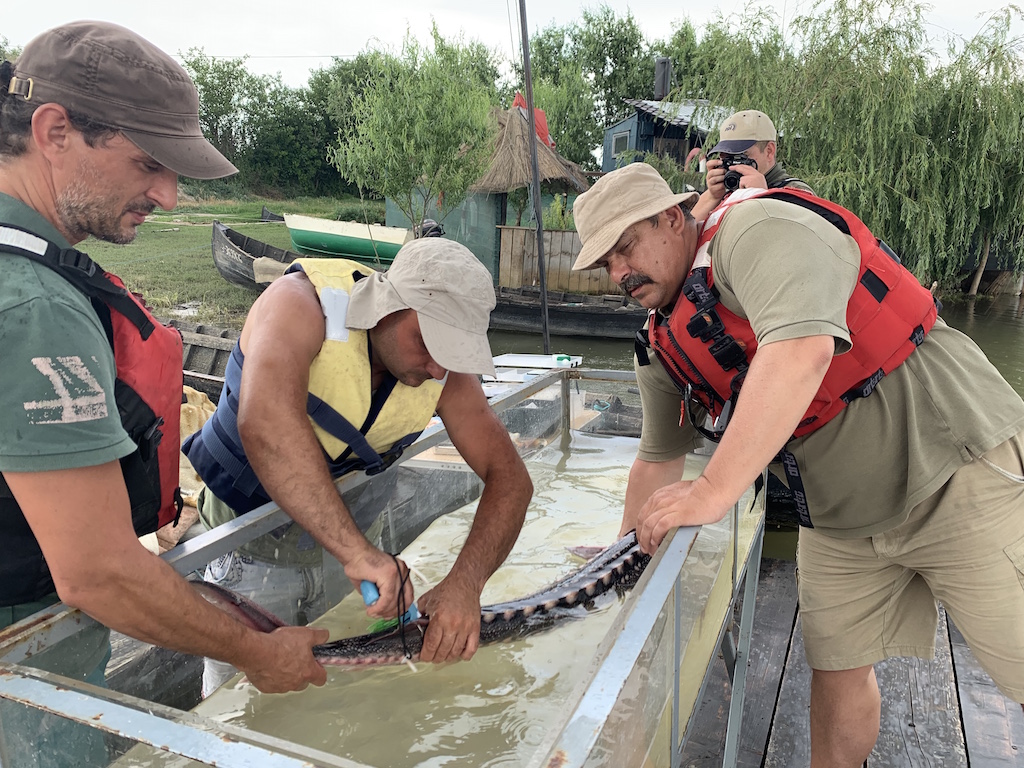 Although they are vilified as caviar traffickers, more than 90% of the fishermen on the Danube and its delta live in near-poverty. Even those that catch a sturgeon don’t make much money. The middlemen with established distribution networks control the prices and can sell the caviar for 5-8 times more than they pay for it.

In Sfântu Gheorghe, many houses still have reed roofs. In recent years the number of traditional fishermen has dropped dramatically, and most of their wives have left the country to work abroad so they can make ends meet. Most former fishermen rent out rooms for 80 lei a night (US$18) and try to round off their income with traditional cooking for tourists.

Others have adapted. Alexandru Cristea in Fetești became an expert in tagging sturgeons for National Institute for Research and Development for Environmental Protection in Bucharest, while Eduard Ovidiu Acsente in Sfântu Gheorghe is now a guide, telling tourists the story of the sturgeons.

“The Danube Delta Biosphere Reserve was supposed to act as a balance between the state and the locals,” says Acsente. “Shouldn’t they come and ask the people what they need in order to develop tourism? When that happens, you turn from fisherman to supplier of tourism services, right? And then, your source of income would automatically shift, and the money would come from somewhere else and somehow you would not depend on fishing anymore.”

People complain that while there are protective measures in place for sturgeons, nothing is done for the people who live in the Danube Delta. As conservationists strive against the odds to save the species, the question is, which will go extinct first – the fish or the local culture?

This is an edited translation of an article that Marius Daea reported for Newsweek Romania, with a grant from EJN’s investigating wildlife trafficking project.