Here’s how to heed those voices, Mr President 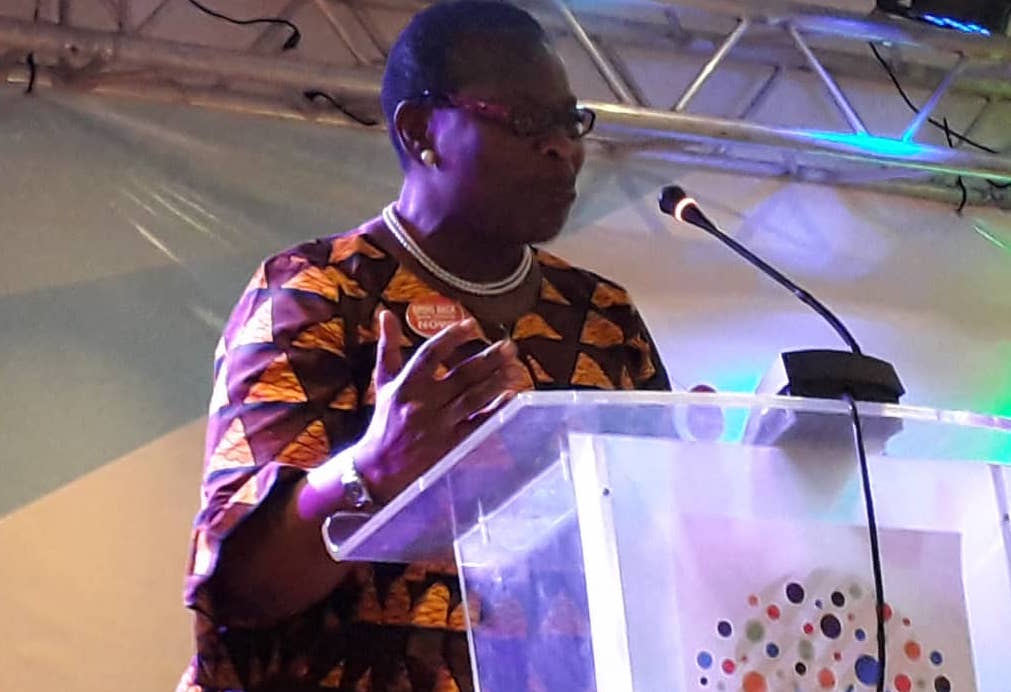 08 Feb Here’s how to heed those voices, Mr President

Posted on 8 Feb, 2019 by Oxpeckers Reporters

“We live in a world where people no longer want to have things happen around them without their knowledge and involvement. They want to have their views heeded.” These were the words of President Cyril Ramaphosa addressing the 2019 Mining Indaba held in Cape Town from February 4 to 7.

South Africa’s president could have learnt a lot about how to achieve transparency and accountability in the extractives sector at the Publish What You Pay global assembly hosted in Dakar, Senegal, from January 29 to 31. The assembly brought together civil society coalitions and stakeholders from around the world to network, and to share their stories and successes.

Founded in 2002, Publish What You Pay (PWYP) has built a global movement of more than 700 civil society organisations working in over 50 countries. The four goals of its Global Strategy 2020-2025 – to be informed, influential, heard and connected – aim to “defend and extend transparency, put transparency to work, and increase civic participation in natural resource governance”. 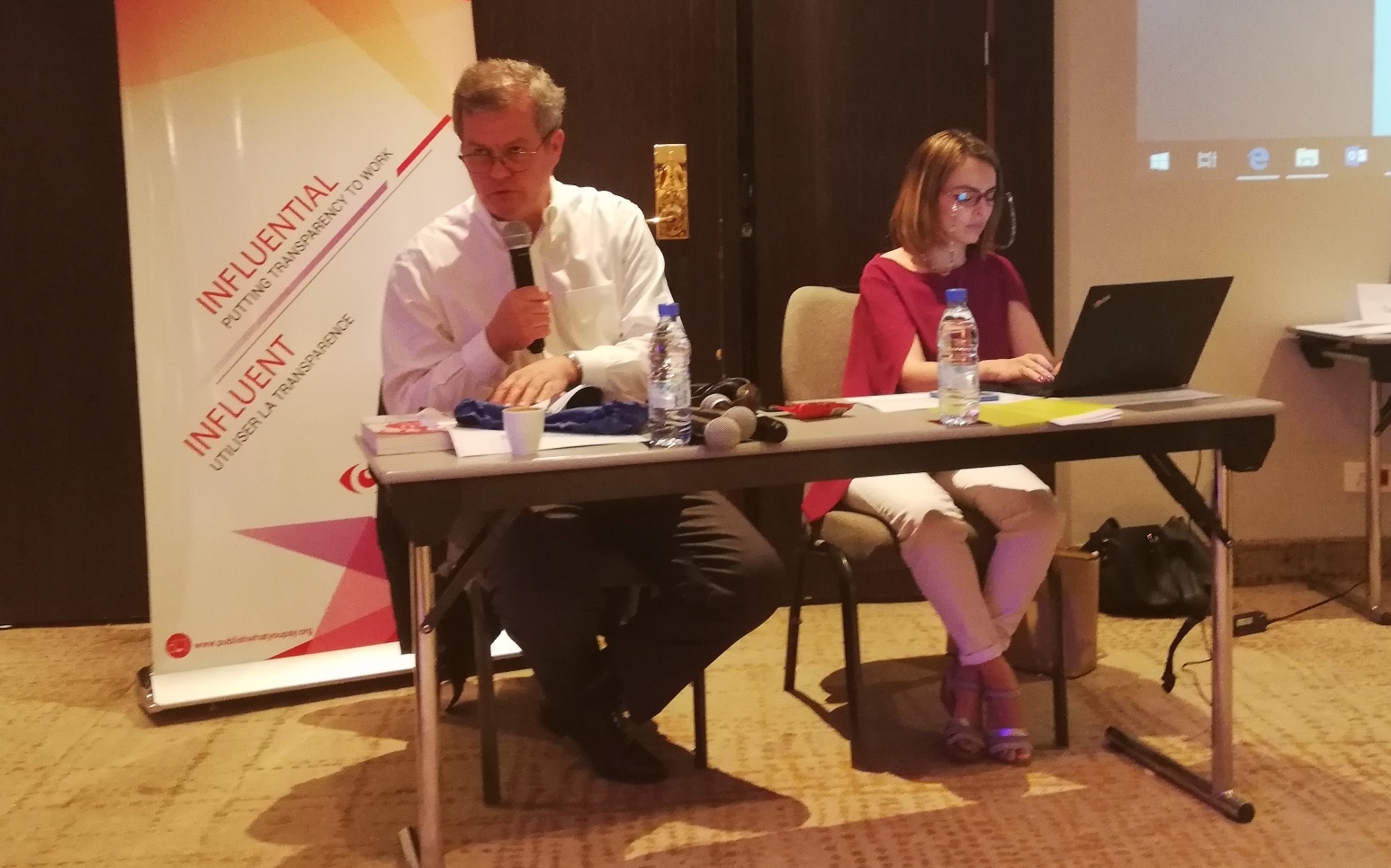 EITI’s Mark Robinson (left): ‘The more data you put out for public consumption, the more scrutiny and oversight it provides.’ Photo: Andiswa Matikinca

One of the organisations attending the global assembly, the Extractive Industries Transparency Initiative, was launched in 2002 by then UK prime minister Tony Blair after many attempts by civil society and companies to lobby for an international transparency norm in extractives.

At an international level the initiative is at the forefront of debates about beneficial ownership, commodity trading, and artisanal and small-scale mining.

“EITI is a mechanism that brings together industry, government and NGOs around the table in a multi-stakeholder forum so that they can achieve consensus on the priorities for putting out information and data into the public domain,” said Mark Robinson, the new executive director of the organisation.

Robinson believes South Africa is well placed to become a leading member of the global initiative because of how much the minerals sector contributes to the country’s national income. Although South Africa seems to have a well-functioning administrative structure, it doesn’t provide much information to the public on extractive revenues, Robinson said.

“The more data you put out for public consumption, the more scrutiny and oversight it provides,” he said.

At the 2014 Mining Indaba, the initiative’s former chairperson, Clare Short, said it was “regrettable” that  South Africa seemed reluctant to join the initiative because the government believed that EITI had a “neo-imperialist” approach that was “an attempt by developed countries to impose restraint on developing countries”.

Although not part of EITI, the South African government is a member of the Open Government Partnership, which “aims to secure concrete commitments from national and subnational governments to promote open government, empower citizens, fight corruption, and harness new technologies to strengthen governance… in the spirit of multi-stakeholder collaboration”.

Robinson said he is confident the country would be well placed to be able to generate, use and incorporate some of the insights from the EITI process if it were to join. “It would also send a very important signal [that South Africa is serious about this agenda] across the rest of the continent because we have 24 African countries who are members of EITI at the moment,” he said. 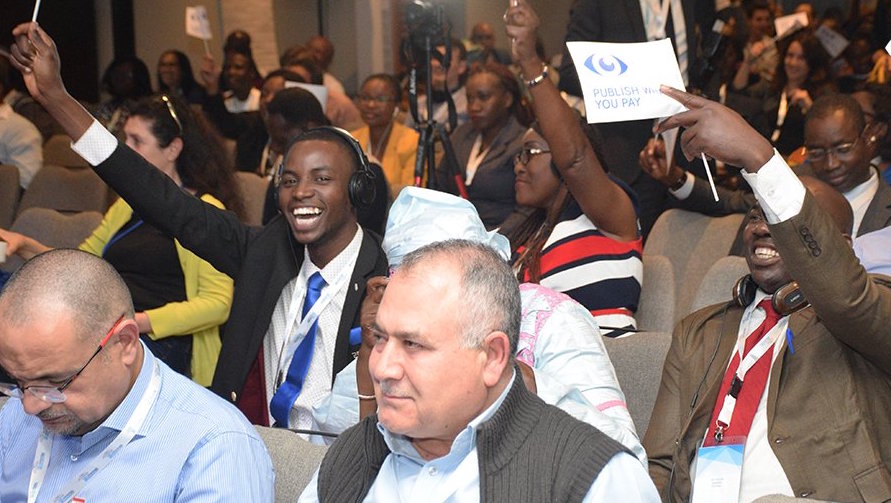 Mehsack Mbangula, national coordinator of South Africa’s Mining Affected Communities United in Action (MACUA), attended the assembly as a representative of the Publish What You Pay South Africa coalition. He believes the South African government is reluctant to join EITI because it has a misconception that it is already acting in a transparent manner, which according to him is not the case.

“Transparency is very minimal because the Department of Mineral Resources is not playing the role of holding mines accountable and monitoring them when it comes to the obligations that they have,” Mbangula said.

The fact that more often than not mining-affected communities have to resort to litigation to obtain information from the DMR is a telling factor, he said.

An ideal transparent extractives sector for Mbangula is one that embraces free, prior and informed consent, with communities fully engaged about mining activities happening in their backyards. People need to be more informed about the environmental impacts of mining developments and should be able to voice their concerns and be heard.

“They need to be able to say, ‘we want a mine, or no, we do not want a mine’ and come up with their own alternative development.

“What we would like to see happen from the DMR is them being fully open and disclosing how a mine will operate, what its capacity will be, how much will the community benefit and how much is there for the rehabilitation of the mine once it has stopped operating,” he said.

Mbangula said mining-affected communities are sidelined and are not included in conversations about the extractives sector even though they are directly affected. One example is the exclusion of community members at events such as the Mining Indaba, where the DMR and business owners come together to discuss mining and intentionally sideline communities.

EITI and organisations such as PWYP are important to create platforms for communities to be informed so that they are “able to challenge the government and to challenge the multinational companies”, he said.