A dark battle to save pangolins 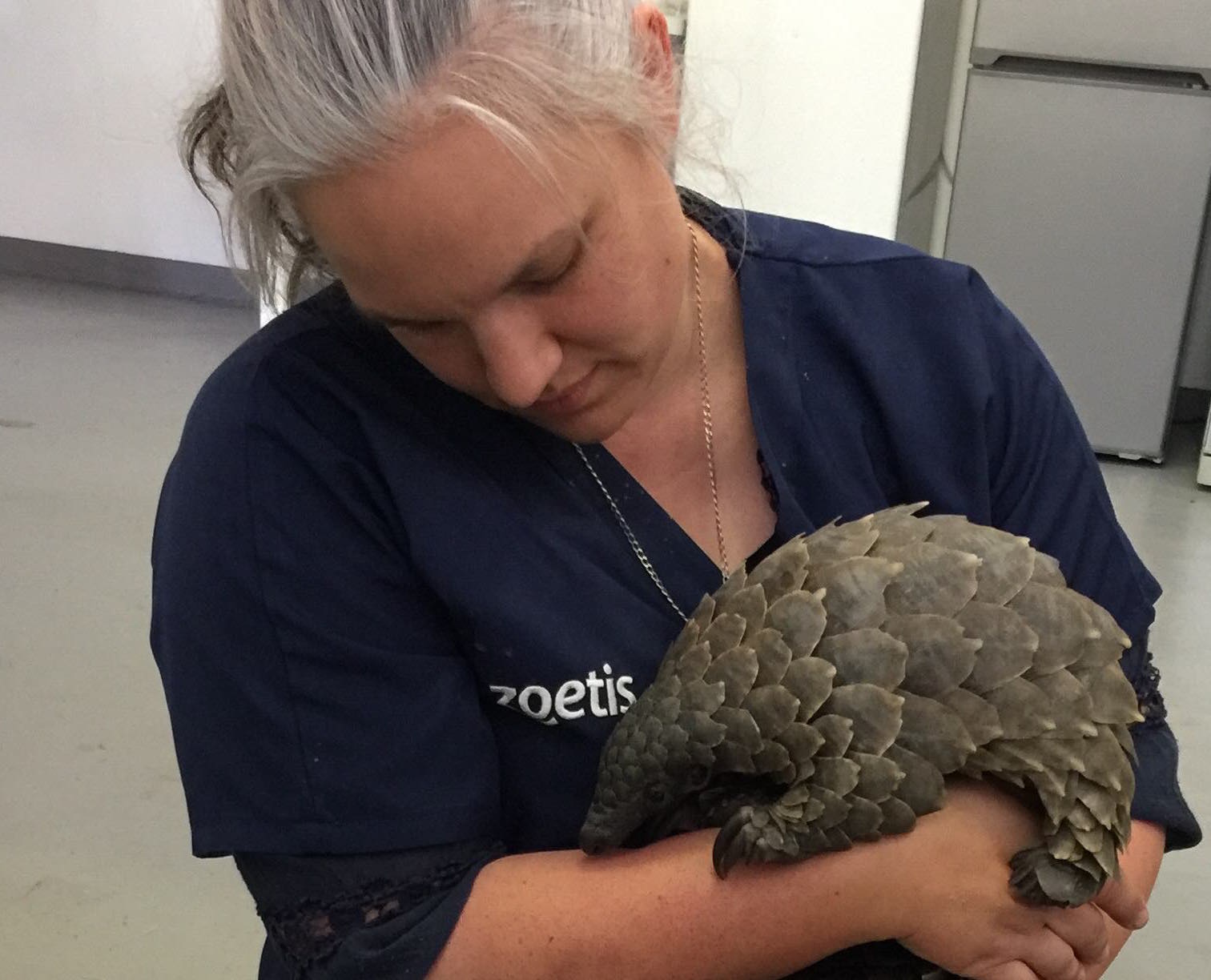 04 Dec A dark battle to save pangolins

Posted on 4 Dec, 2018 by Oxpeckers Reporters 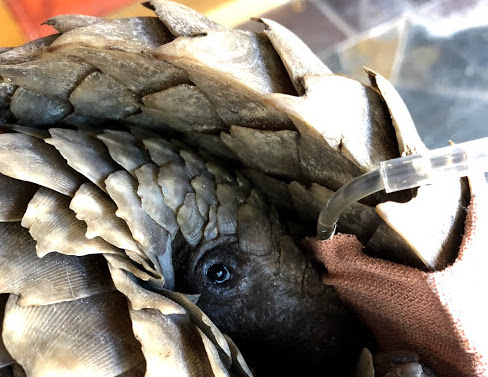 Drip treatment: ‘What is worrying is the large number of pangolins released immediately after a sting operation following a brief health check by a local veterinarian in the vicinity’

Digger was a Cape ground pangolin, one of the four species found in Africa. Though his health was compromised, he could dig ants and termites out of anything – that’s how he got his name.

Like many pangolins caught up in illegal trade, he was kept in a closed bag for seven days without any food or water before he was found and confiscated by police in a recent sting operation.

Digger was a casualty of a trade that has made pangolins the most trafficked animals in the world, believed to account for up to 20% of global illegal wildlife trade. Figures show that in 2018 close on 50 tonnes of pangolin scales left the African continent to feed the illicit global trade in these critically endangered mammals.

At the COP17 meeting of the Convention in International Trade in Endangered Species (CITES) in Johannesburg in September 2016, a unanimous vote driven by African member states banned all trade in pangolins.

The ban has helped to strengthen law enforcement as well as efforts by the African Pangolin Working Group, a non-profit organisation established in 2011 to research, raise awareness and lobby for greater protection of the species. 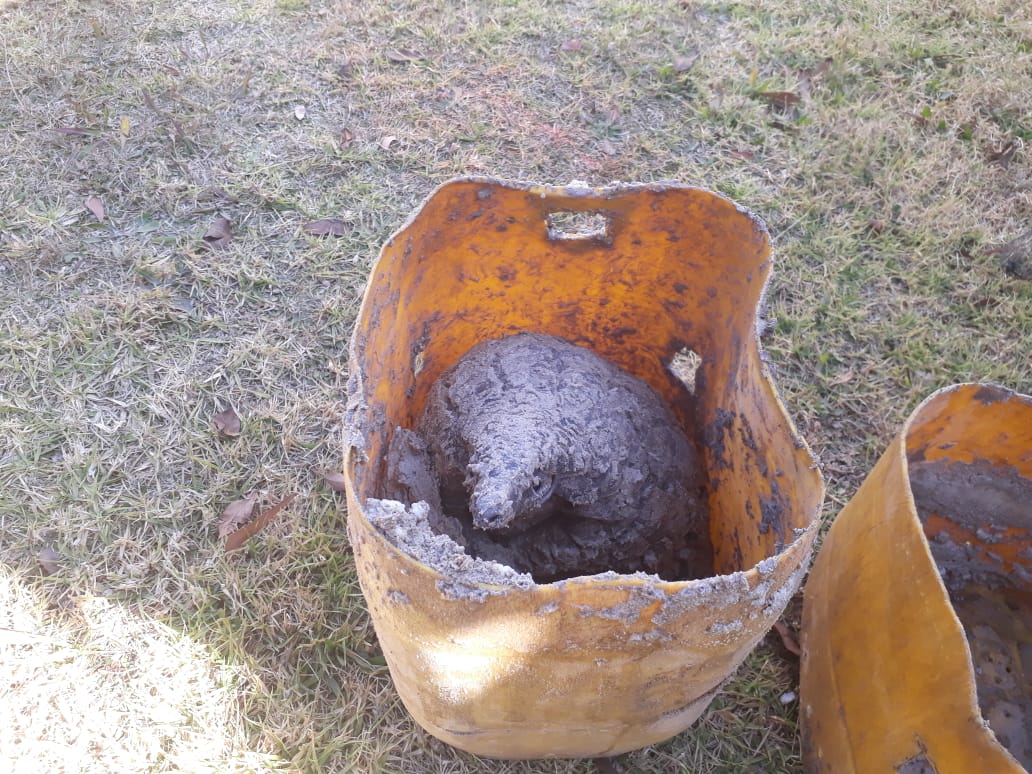 Captive in a sorghum container: Because pangolins are elusive and shy, they have not been widely studied and little is known about them

The problem is what to do with pangolins rescued from the illegal trade, which require hospitalisation, specialist treatment and rehabilitation as soon as possible.

“What is worrying is the large number of pangolins released immediately after a sting operation following a brief health check by a local veterinarian in the vicinity. It is our opinion that all pangolins coming out of the trade are compromised and require specialist medical and rehabilitation care,” said Ray Jansen, chair of the working group.

When pangolins are taken out of their natural environment and kept in bags or other horrible conditions, their health becomes severely compromised. Confined, they do not have access to natural light or freedom of movement.

Being very sensitive to captivity, their body temperatures destabilise. They are not fed and their immune systems weaken. This is aggravated by the high levels of stress they suffer during the ordeal.

“Most of them develop pneumonia and have been starved for extended periods. They become walking skeletons, with everything internally slowly shutting down,” said Dr Karin Lourens, co-founder of the Johannesburg Wildlife Veterinary Hospital and an expert pangolin veterinarian.

Lourens, who describes pangolins as “gentle and unassuming”, said the rescued animals are usually on death’s doors when they are brought into the hospital and time is critical. Because they are elusive and shy, they have not been widely studied and little is known about them.

Pangolin pioneer: Dr Karin Lourens, co-founder of the Johannesburg Wildlife Veterinary Hospital, has had to find innovative ways to save the casualties

Lourens and her colleagues at the hospital are changing that. She has treated 31 cases in 2018, and has made some pioneering world-first medical interventions in her attempts to save the species.

Because pangolins coil up into a tight ball when they are scared, she could not rely on standard procedures to feed them. She worked out how to get around this by inserting a gastric peg tube directly into a pangolin’s stomach.

“This tube ensured the pangolin was getting proper nourishment and we could focus on monitoring and improving the animal’s condition,” she said. The procedure will be performed in the future on starved pangolins that also urgently need other medical attention.

Another world-first was a plasma transfusion from a healthy pangolin to a compromised one. A big health concern with pangolins that have been rescued from the illegal trade is their low levels of blood albumin, the main protein produced in the body, which nourishes tissue and transports hormones and vitamins throughout the body.

Lourens took blood from a healthy pangolin and once the blood was processed into its various components – packed red cells and plasma – this plasma was used to transfuse a sick pangolin. The sick pangolin’s health is steadily improving, giving Lourens hope in this very dark battle she is fighting.

Once rehabilitated and ready for release, the pangolins are tagged so that their distribution and survival can be monitored. Their carers watch them go with the hope that they don’t end up back in the illegal market. 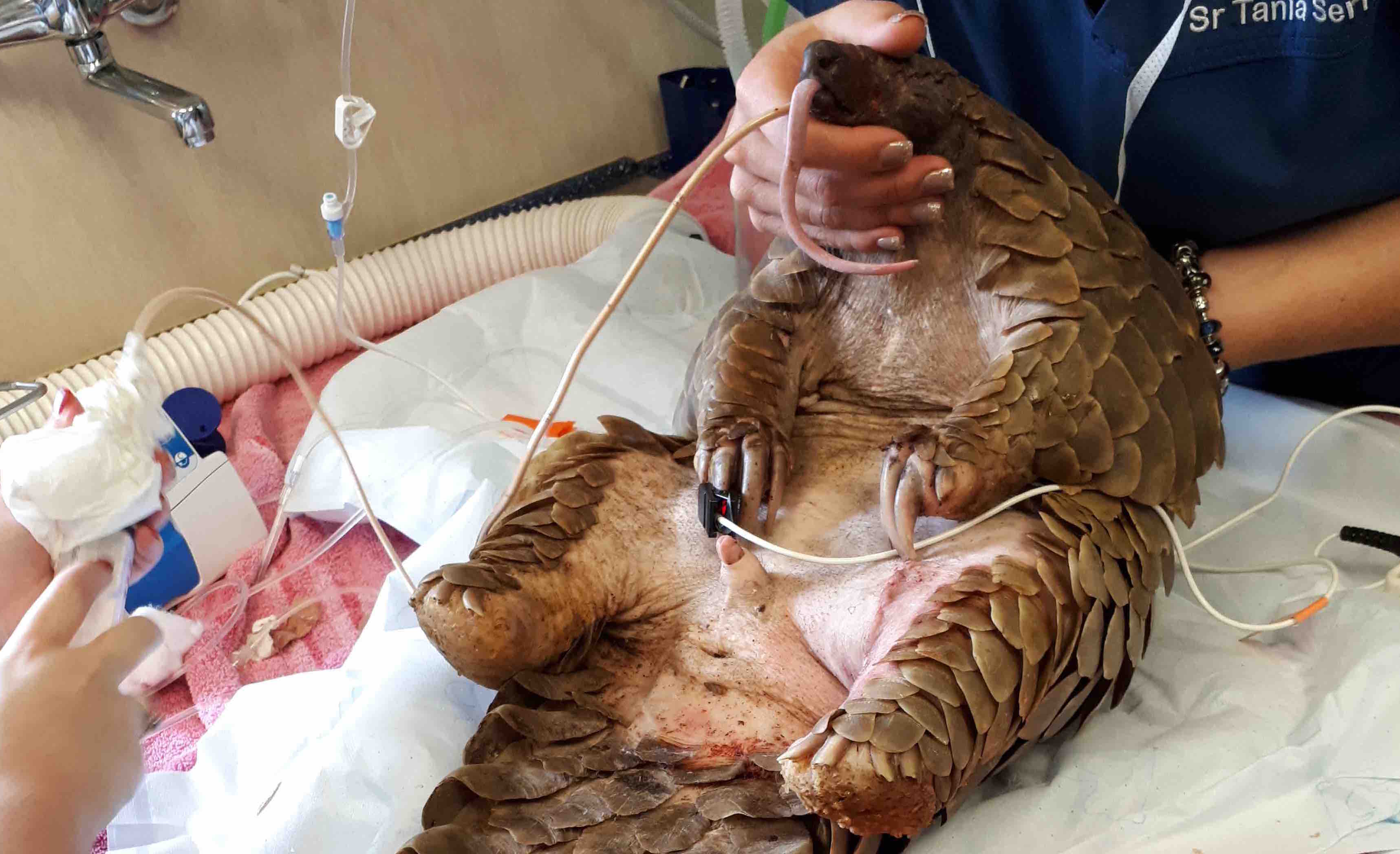 World first: A gastric peg tube was inserted directly into a pangolin’s stomach to ensure it was getting proper nourishment

With increased law enforcement, the number of court cases against pangolin poachers has increased and the African Pangolin Working Group is helping to train magistrates, state prosecutors and the police about the laws governing pangolins, their protection status and international trade.

In 2017 an unprecedented jail sentence of three years was handed down for a conviction in poaching and trading pangolin. “In 2018, sentences of up to seven years have been issued, which hopefully serves as a precedent in regional courts and a deterrent for pangolin poachers,” said Jansen.

In Digger’s case, the poachers have not yet appeared in court and so further details about his circumstances cannot be released. Shortly before this article was published, he died of pneumonia.

Louise de Bruin is an Oxpeckers Associate and a freelance science writer at the University of Pretoria. Photos courtesy Karin and Ashleigh Pienaar