Ivory trade in Southern Africa. The evidence gap leads to a focus on big mammals such as elephants. Photo: Hongxiang Huang/Oxpeckers

In Vietnam, enough people want to consume rhino horn — and are willing to pay for it — that smugglers risk jail to bring the product into the country, while poachers in Africa risk their lives to kill the rhinos for their horns. South Africa lost more than 1,000 rhinos to poaching in 2018 alone.

With consumption driving the illegal trade, efforts to reduce demand clearly have a big role to play in saving the rhinos. So, on the face of it, it was a good thing that in recent years several major conservation organisations launched initiatives to reduce demand for rhino horn in Vietnam.

But when researchers assessed nine of these interventions in 2017 they found that only one — by TRAFFIC — had been adequately designed. Did the others have any effect? It is impossible to say. They lacked the elements needed to achieve and demonstrate impacts.

This is just one example of an “evidence failure” that researchers say is thwarting efforts to stop the illegal trade in wild animals and plants, leading to inadequate, unethical and counterproductive policies and other interventions. The upshot is that conservation efforts risk failing to protect endangered species, harming vulnerable people and wasting vast sums of money.

Speakers at a conference in London on October 9 2018 highlighted several factors at play, from misinformation and lobbying to poor uptake of evidence by policymakers and a basic lack of adequate information. They want to see a more scientific approach to designing, monitoring and evaluating interventions intended to prevent wildlife crime, deter illicit trade or reduce demand for wildlife products.

“Is there an evidence failure in this area? I think there probably is,” said Ian Boyd, the chief scientific adviser at the UK Department for Environment, Food and Rural Affairs. “And that’s something we need to address. We really are struggling to provide the evidence we need to move forward.”

Dominic Jermey, director-general of the Zoological Society of London, said the lack of evidence prevents policymakers from knowing whether, for instance, overseas aid budgets should finance conservation because conservation supports development goals, or whether militarisation of conservation is effective.

“It is hard to make the case without evidence,” he said. “The answer is more or less ‘we don’t know’ because the evidence base is not there. 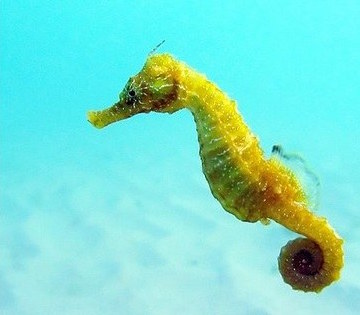 Black-Sea seahorse: Tens of millions of seahorses are illegally traded each year, and several of their species are now threatened with extinction. Photo: Florin Dumitrescu / Wikimedia Commons

“Monitoring and evaluation of impacts is absolutely crucial so lessons can be shared, so successful interventions can be scaled up and unsuccessful ones can be revised for better outcomes,” said Jermey. But it appears that conservationists are not collecting and sharing enough evidence of what works and why.

Janine Robinson of the Durrell Institute of Conservation and Ecology at the University of Kent presented data that showed the scale of the gap. She and her colleagues screened hundreds of publications for evidence of the impacts of wildlife trade policies and practices. They found only 42 articles published between 1970 and 2015 that had evaluated impacts and used a study design that reliably attributed outcomes to actions.

“Overall, there was a low volume of empirical evidence on the impact of international wildlife trade actions, indicating that more concerted and explicit research is needed on impacts,” says the report’s lead author, Samantha Cheng of Arizona State University.

The conference heard how the evidence gap leads to a focus on big mammals such as elephants, rhinos and tigers and not on endangered fish, reptiles and plants that are trafficked in far greater volumes. Tens of millions of seahorses are illegally traded each year, for example, and several of their species are now threatened with extinction.

Scott Roberton, director for Counter-Wildlife Trafficking at the Wildlife Conservation Society’s Asia program, said priorities are being driven by subjective views, rather than data.

Such bias tends to focus attention on wildlife products from Africa and consumers in Asia. However, this ignores the growing importance of wildlife trafficking from Latin America and the rising roles of Europe as both a transit hub and a market for illicit products.

There is also a disproportionate focus on tackling the supply side of the illegal trade. Boyd pointed out that, although demand drives the trade, only 6% of global funding spent between 2010 and 2016 to counter illegal wildlife trade had focused on reducing demand.

EJ Milner-Gulland — of the Oxford Martin Programme on the Illegal Wildlife Trade at the University of Oxford— said the likely consequences of failing to address the evidence gaps are “no action, inappropriately targeted action — by place or species — or inadequate action”.

Some change is on the way. In plans announced in October 2018 by the UK government, the Oxford Martin Programme will join a consortium of researchers, conservationists and behaviour change specialists to develop evidence of how best to reduce demand for illegal wildlife products.

Diogo Veríssimo, a researcher with the Oxford Martin Programme, said the consortium will bring together practitioners and academics, so it “has the potential to both improve technical standards and be meaningful in terms of impact on the ground”.

These efforts and more will be needed to make a dent on an illegal trade that is worth US$23-billion a year and involves a huge variety of species, from rhinos and seahorses to orchids and rosewood trees, from freshwater turtles and sungazer lizards to pangolins and helmeted hornbills. For many of these species, time is running out. That much is evident.

This article was published by Under the Banyan, and was supported by Internews’ Earth Journalism Network