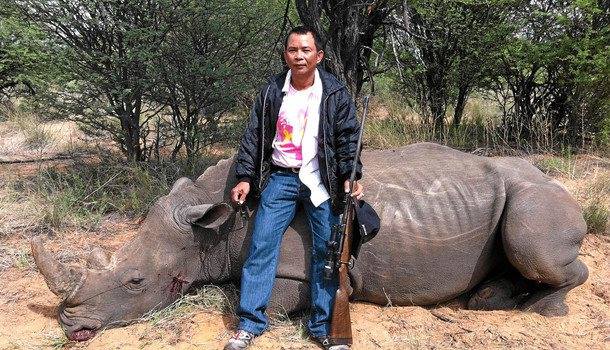 The early release of one of Asia’s most notorious wildlife traffickers, Chumlong Lemtongthai, from a South African jail this week fuelled a storm of outrage from conservationists.

Lemtongthai, a Thai national, was released from the Kgosi Mamparu 11 facility on Tuesday, September 11 2018, after serving just under six years of his jail sentence.

In November 2012 he was sentenced to 40 years behind bars after he confessed to ordering as many as 50 rhinos for hunting, and actively participating in the illegal killing of at least 26, while acting as a director of the notorious Xaysavang wildlife trafficking network operating out of Laos.

Evidence brought to light organised syndicates that used hunting permits to export illegal rhino horns to the Far East. Almost a quarter of the 222 rhinos killed in South Africa in 2011 had been “hunts” authorised by provincial conservation authorities.

Lemtongthai’s syndicate enlisted Thai prostitutes to pose as hunters and take part in the white rhino trophy hunts on game farms in the North West province, before shipping the horns to Asia, with authentic permits that were obtained fraudulently under false pretences.

Forensic investigator Paul O’Sullivan, who was instrumental in bringing Lemtongthai to book, said: “I doubt we will see him in Africa again. Unfortunately, people connected with him will be back, or are here already, and the slaughter will continue.

“There were others that should have shared the cell with Lemtongthai, yet got off free because of the weaknesses in our systems.” 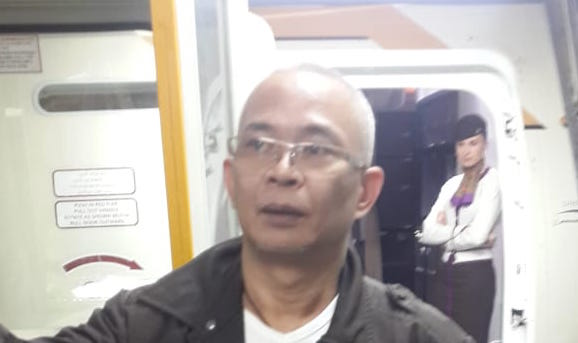 Going home: Lemtongthai was escorted with new Thai travel documents to a Bangkok-bound aircraft on September 12

Lemtongthai was taken to a Home Affairs deportation processing facility, from where he was escorted with new Thai travel documents to a Bangkok-bound aircraft on September 12 and deported.

When Lemtongthai was sentenced in 2012, magistrate Prince Manyathi said he wanted to send a “shout to the community and the Asian block that these actions will not be tolerated. I don’t want a situation where my grandchildren will only see a rhino in a newspaper. We have to protect our flora and fauna.”

Lemtongthai’s lawyers appealed the 40-year sentence, and it was reduced to 30 years by the Pretoria High Court in 2013. That too was substantially reduced to 13 years in 2014 on appeal to South Africa’s highest court, the Supreme Court of Appeal in Bloemfontein.

“The High Court erred when it suggested that a rhino trading syndicate existed, as there was no evidence of this,” said Appeal Court Judge Naysa. “Furthermore, equating the appellant with typical poachers was unwarranted.

“The sentence of 30 years’ imprisonment is too severe and induces a sense of shock. It is disproportionate when compared to the minimum sentences statutorily prescribed for other serious offences.”

Mocheta Monama, Gauteng region spokesman for the Department of Correctional Services, said in late July that the Correctional Supervision and Parole Board had approved Lemtongthai’s request for early release.

“He would have served half of his sentence by September 2018. Whenever any offender reaches minimum detention period, their profile is forwarded by the case management committee for consideration by the board,” Monama said.

“It was found that the offender has satisfied all the requirements to be placed on parole.” 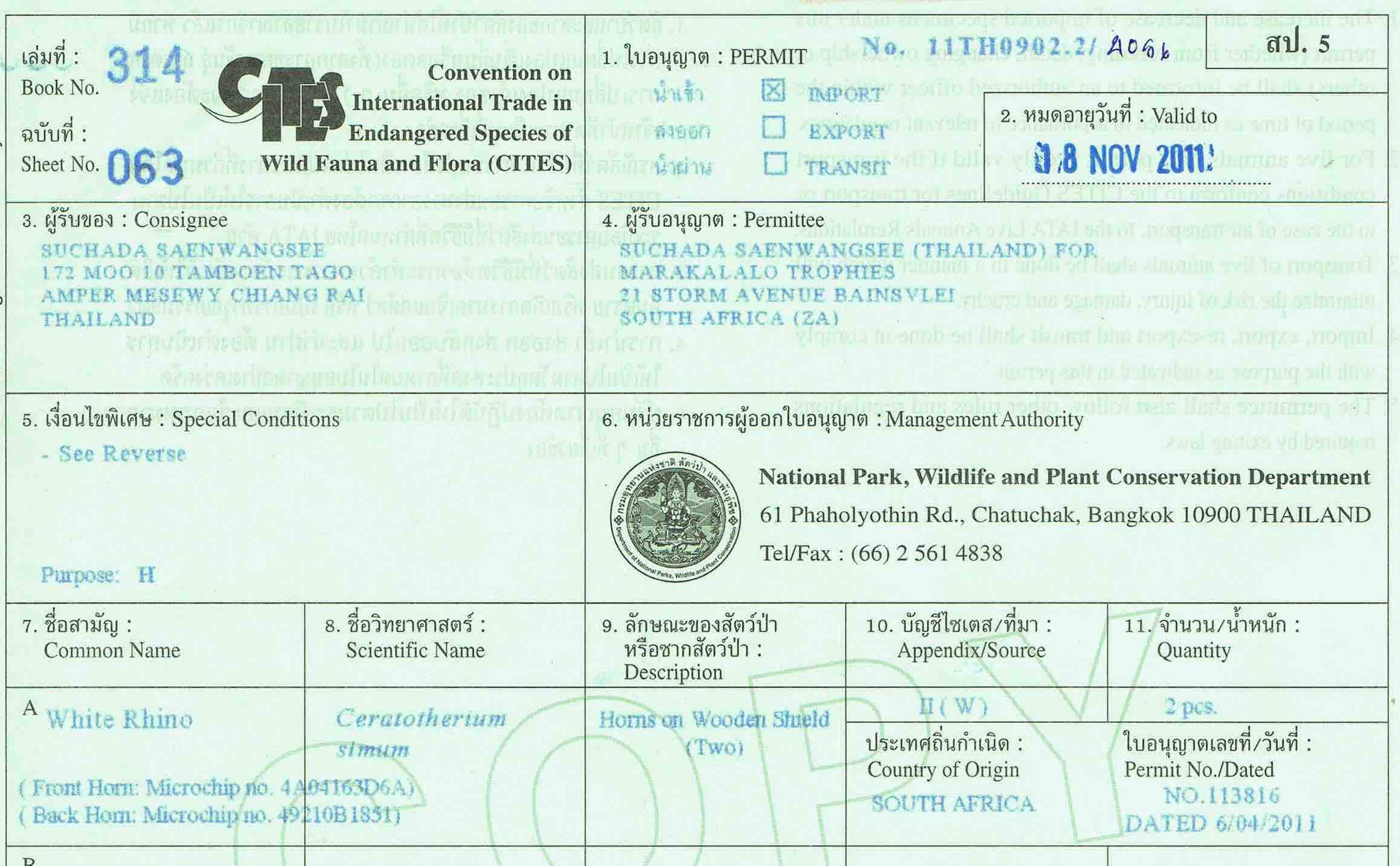 False pretences: Authentic CITES permits were used to send the hunting trophies to Thailand, where the horns were removed and sold

Oxpeckers confirmed that interested and affected parties were not given an opportunity to comment on, or object to Lemtongthai’s early release.

“Those interested parties, organisations and individuals affected by the crimes he committed should have been consulted and received the opportunity to express their views; especially when one takes into consideration the seriousness and the wide-ranging impact of his crimes, and the ensuing havoc wreaked on South Africa’s rhino conservation efforts,” said a KwaZulu-Natal conservation attorney who asked not to be named.

Don Pinnock, a criminologist and law commissioner at the International Union for the Conservation of Nature, questioned the parole board’s decision.

“Did the board apply their mind to the impact of releasing such a high-level poacher who also happens to be a senior figure in one of the world’s most notorious wildlife trafficking networks?” Pinnock asked. “Were they looking at his good behaviour in prison, or the nature and extent of his crimes against the possibility of him committing future crimes?

“Given his links to [Laos wildlife trafficking kingping] Vixay Keosavang and the Xaysavang network, this doesn’t seem to be the sort of person we should be releasing so soon, who could in all likelihood continue with the appalling kind of crimes he has been committing,” Pinnock said.

“This is not only totally unacceptable, it is an epic failure,” Verdoorn said. “The authorities are sending out the clear message that it is okay to perpetuate these types of crimes, because the South African criminal justice system will treat offenders leniently, and even commute sentences early.” – oxpeckers.org