Mintails collapse: case study in how not to close mines 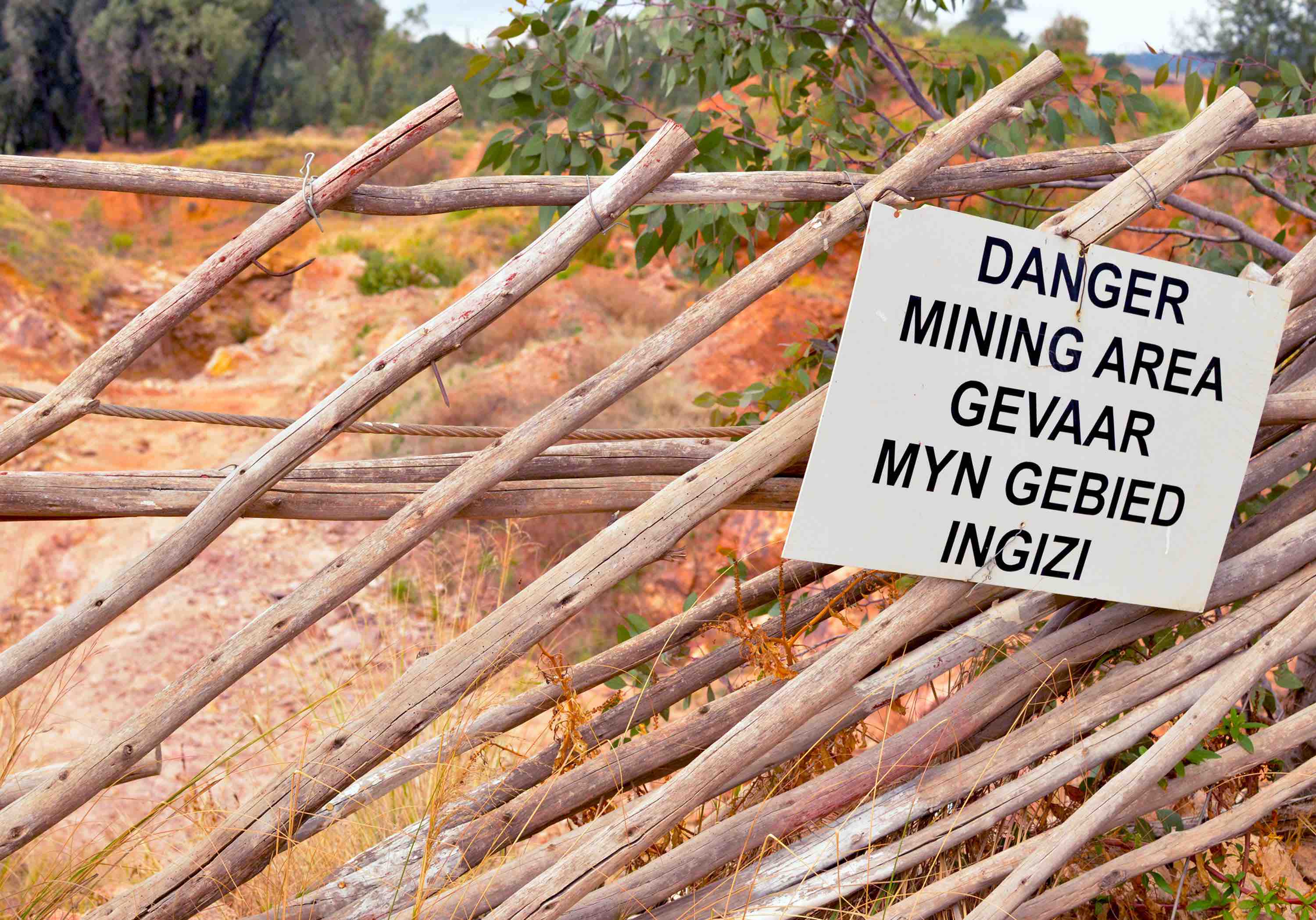 08 Aug Mintails collapse: case study in how not to close mines

Posted on 8 Aug, 2018 by Oxpeckers Reporters

Liquidation leaves a R330-million environmental mess for Gauteng residents, government and other mining companies to clean up. Mark Olalde investigates 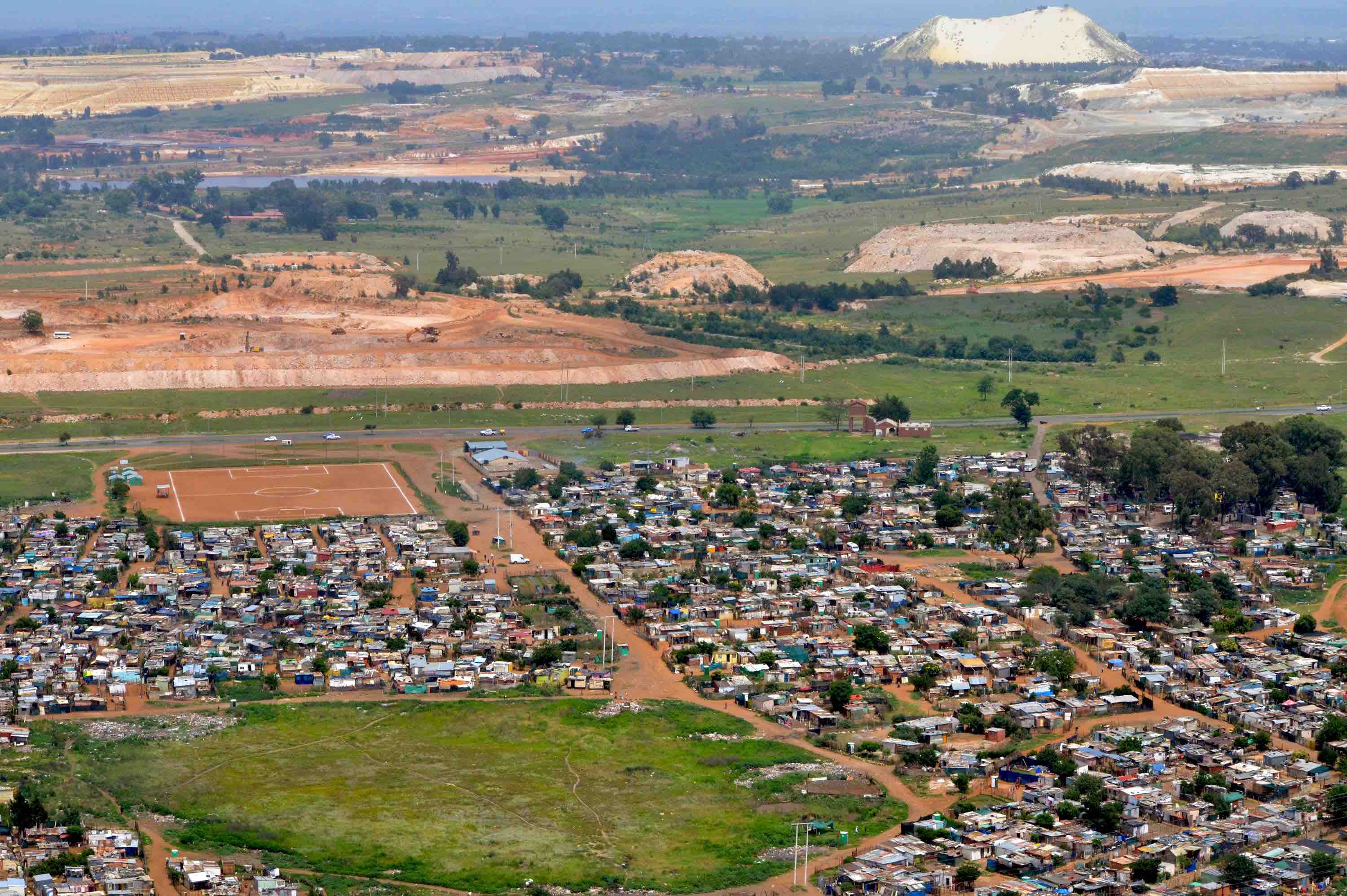 Mintails mines and processes gold from a sprawling, 1,715ha complex of waste piles and open pits in Krugersdorp and has for years been flagged for noncompliance. Its operations are bordered by informal settlements and other communities housing thousands of residents, many of whom have complained of health impacts they blame on radioactive dust and water pollution from Mintails’s mines.

Records show the cost to clean up the environment would be about R330-million, with only R25.6-million available, leading observers to fear the situation could deteriorate further as happened at the infamous Blyvooruitzicht Gold Mine, an abandoned large-scale operation on the Far West Rand.

A case study in South Africa’s deeply flawed mine closure system, Mintails teetered on the verge of collapse for years and entered business rescue in October 2015.

Mariette Liefferink, the activist chief executive of the Federation for a Sustainable Environment, has tracked Mintails for more than a decade and is now working to intercede in the liquidation proceedings as the legal voice for what she labels the “mute environment”.

“There was poor planning. [Mintails’s] due diligence was flawed. They overestimated the gold grade and the resource that could be reclaimed,” Liefferink said. “They continued to exploit the resource, to reclaim only the profitable parts and never top up the financial provisions.”

As the company slips into liquidation, it passes the brunt of its environmental liability to taxpayers and, to an extent, to other mining companies. 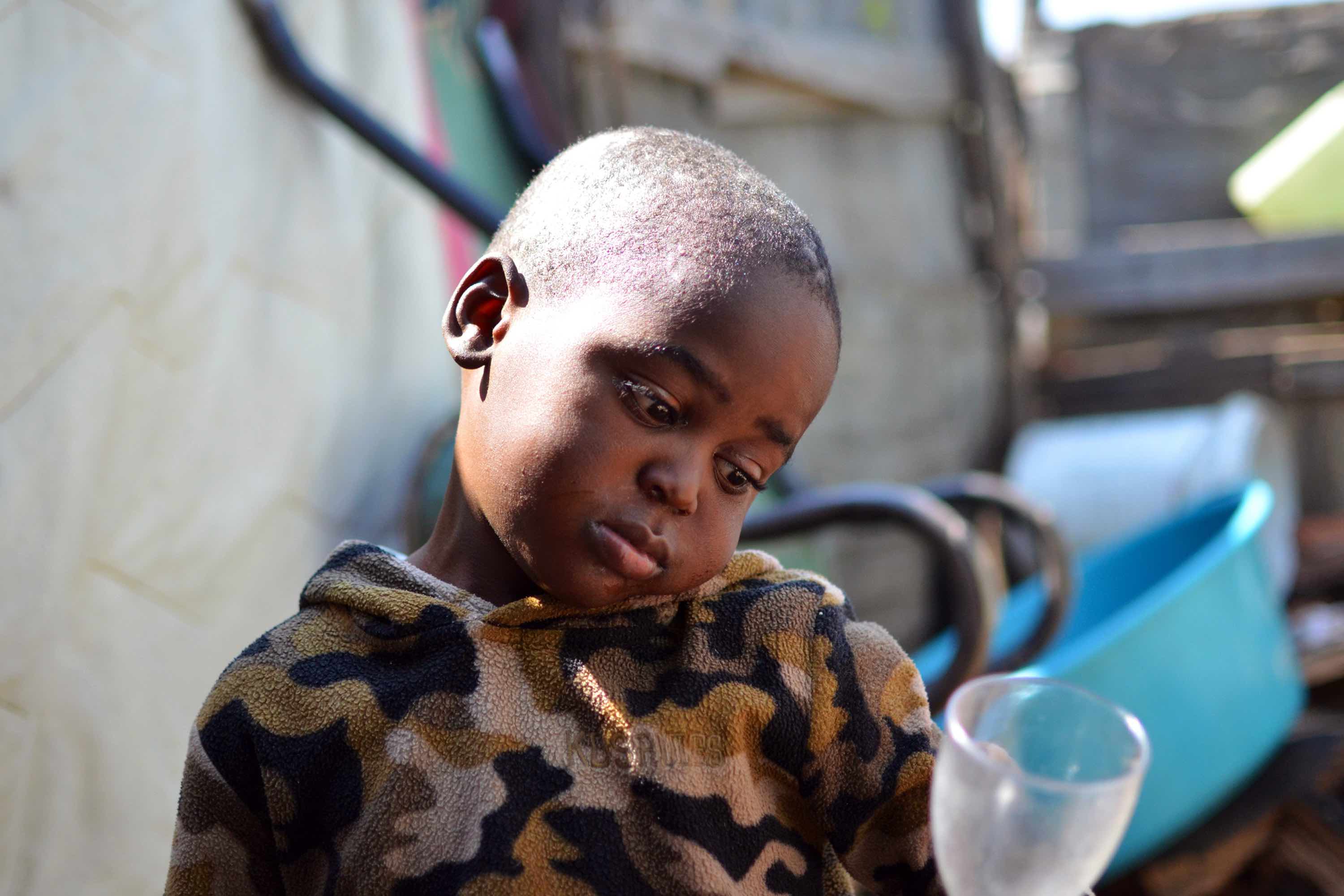 Sipho Molofe lived in Tudor Shaft near Mintails’s operations in 2015. He suffered from painful rashes as a child, which his family suspected was caused by mine waste that washed through the informal settlement when it rained. Photo: Mark Olalde

After Mintails fought for nearly three years to save the company through business rescue, Dave Lake, the business rescue practitioner, notified the South Gauteng High Court in early August of his intention to liquidate the company. Provisional liquidation was granted on August 17, and a liquidator is expected to be appointed soon.

The business rescue plan called for the refurbishment of a gold ore processing plant, but, according to a memo dated August 1 that Lake sent to the court and to affected parties, it failed when multiple investors ceased funding Mintails.

“There is no longer a reasonable prospect of rescuing the company,” Lake wrote in the memo.

The liquidator will now decide how to pay back creditors with the remaining assets. Environmentalists fear this process could leave environmental liabilities low on the list of what deserves money.

According to the business rescue plan, written in December 2016, Mintails owed various creditors more than R1-billion, including the roughly R300-million shortfall in reclamation funding.

Due to a web of involved companies, it remains unclear if a large portion of the already insufficient financial provisions can be accessed for environmental cleanup.

DRDGOLD Limited formerly held one of the mining rights and the corresponding trust fund that are now in the Mintails group. DRDGOLD chief executive Niël Pretorius said via email he believed that trust fund contained R18-million, but he did not identify the trustees, whose consent is vital to unlocking the money.

Documents show the Mintails group acknowledged rehabilitation would likely cost between R300-million and R336.5-million, but it declined to top up financial provisions.

According to the environmental management programme from one of Mintails’s mining rights: “These liabilities are also historic and pre-date Mintails’s involvement and should thus not be for Mintails’s account.” Experts debate this narrow interpretation of the law.

Lake also wrote in the business rescue plan: “The Mintails Group’s rehabilitation liabilities have remained largely unfunded for some time, and there are simply no free funds available to the [business rescue practitioner] to enable him to immediately provide such funding.” 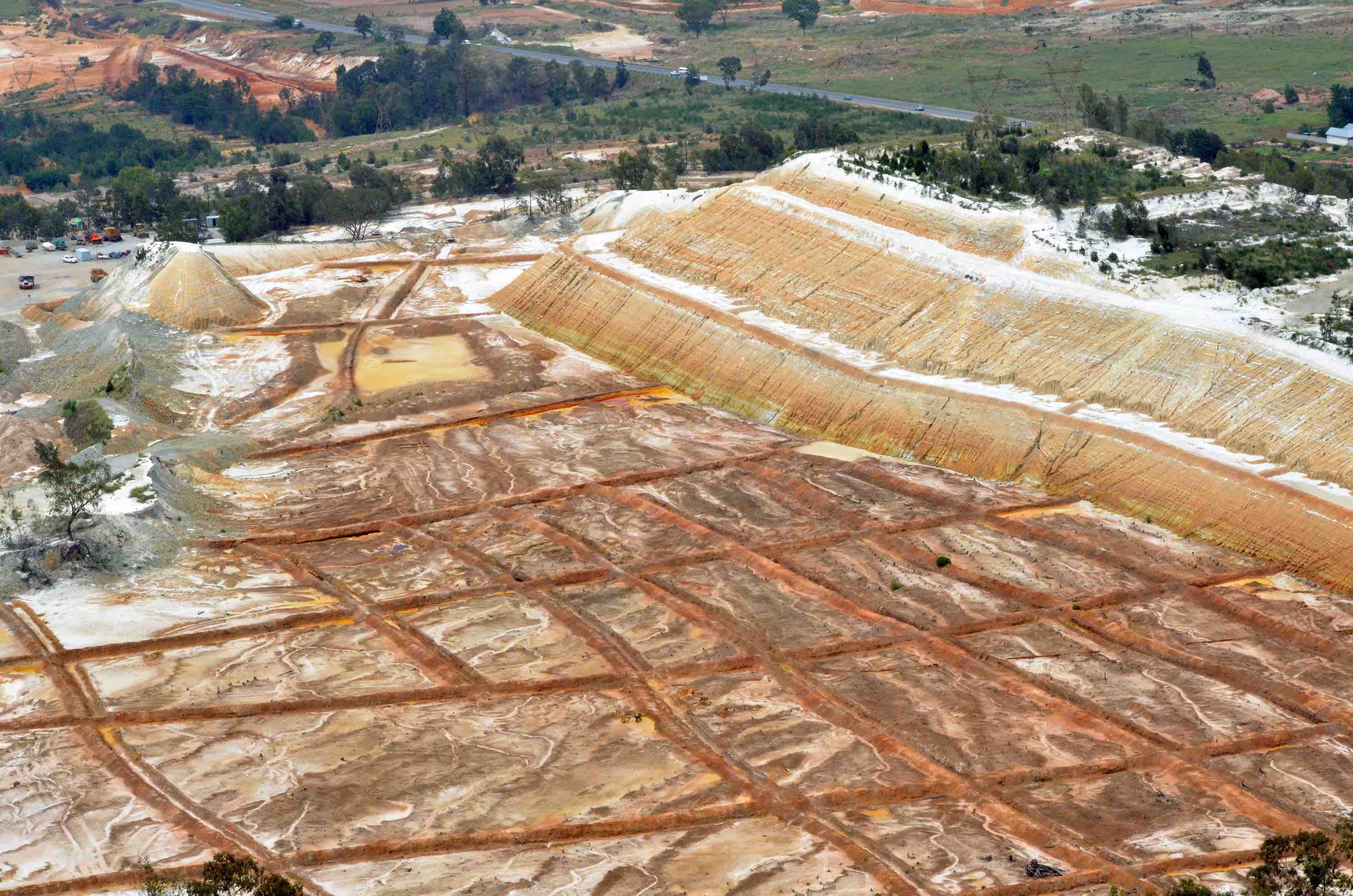 Mintails’s mining rights cover 1,715ha on the West Rand, but the company holds at least R300-million less than is necessary to pay for environmental reclamation as it enters liquidation. Photo: Mark Olalde

Lucien Limacher, an attorney with the Legal Resources Centre (LRC), is involved in the proceedings as the Federation for a Sustainable Environment’s counsel. “This is a trend that has been occurring for a couple of years where mining companies have undertaken a business rescue plan or have applied for liquidation because they have failed to look after the rehabilitation fund,” he said.

On Monday the LRC sent letters to several government agencies, including the DMR, the Department of Water and Sanitation (DWS) and the Department of Energy, asking them to intervene in the situation and threatening to pursue legal action if the DMR fails to act.

In a statement, DWS spokesperson Sputnik Ratau said: “DWS is engaging Mintails so that the immediate measures can be put into place to ensure water resources protection. A longer-term plan is required to ensure rehabilitation of the mining-impacted areas.”

Lake declined to answer questions about the failed business rescue and the liquidation, but he did pen an opinion column in January 2017 for Moneyweb about the case. In it, he laid out his argument for Mintails’s use of business rescue, saying, “Mintails was sick – but it wasn’t terminal.”

Now, though, the situation has become what Liefferink calls “pass the parcel”, with Mintails playing the part of a “scavenger company”, a term coined by researchers to describe under-resourced outfits that buy the scraps left over from larger mining companies and ultimately abandon them.

Oxpeckers previously uncovered evidence that large gold, coal and platinum mines rarely, if ever, properly close in South Africa and found that zero large-scale mines in Gauteng achieved full, legal closure at least between 2011 and 2016.

Mintails’s case will not impact the law that ring-fences financial assurances for reclamation, Limacher said, “but it is precedent-setting in that mines might now start applying for liquidation to avoid paying the cost of rehabilitation”.

Mintails’s West Rand concessions came in part from DRDGOLD, which also re-mines waste piles, and from Mogale Gold (Pty) Limited, which was in judicial management when Mintails acquired it in 2006.

Since then, Mintails engaged in a pattern of environmental degradation. For example, DWS found in an August 2014 inspection that Mintails transported “slurry/sludge” in unlined trenches, completed insufficient monitoring, spilled slurry from pipelines and implemented no storm water management system at a pollution control dam.

In December 2016, polluted runoff from waste piles was found to be seeping through a dam wall into the Wonderfonteinspruit, which has immediate downstream agricultural users in the community of Kagiso.

Now, it will largely be up to the liquidator and regulators to protect the environment and public health.

Spokespeople from the DMR press office sent Oxpeckers a statement that read: “The department will engage with the appointed provisional liquidators with the intention to safeguard the environmental and social responsibilities.” 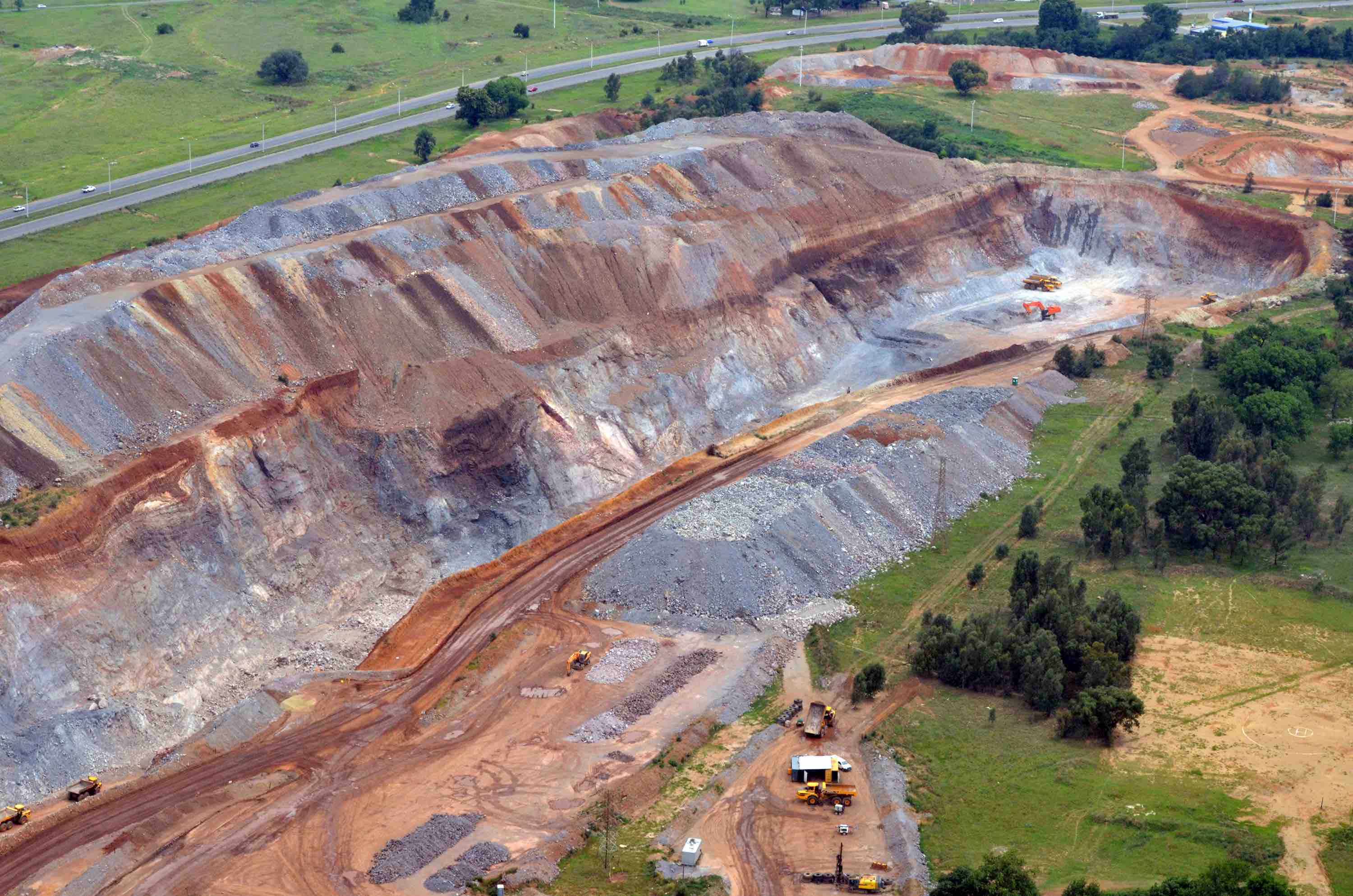 Open pits left in the Emerald and Monarch clusters on Mintails’s mining rights, some of the many areas in need of rehabilitation. Photo: Mark Olalde

Johan Moolman, the former chief executive of Mintails, declined to comment except to say he quit on June 26 when he learned a new investor bought the company.

That investor, Mvest Capital (Pty) Limited, agreed to purchase Mintails from Paige Limited, with the understanding that Mvest would inject R30-million into the beleaguered mining company to stimulate the business rescue plan.

Mvest decided against handing over the full amount, only paying R5.5-million.

Matthew Moodley, a director at Mvest, responded to questions via email and acknowledged the initial agreement and the R5.5-million payment. He said that after only a month it became apparent the deal would require more investment to succeed.

“With the increased need for working capital in July, Mvest took a decision to withdraw from the transaction,” Moodley said, adding that Mvest ultimately did not “conclude a transaction with Paige”.

Those in civil society fear Mintails will now go the way of the abandoned Blyvooruitzicht Gold Mine, which was once one of the country’s most productive gold operations and is now a source of pollution, violent illegal mining gangs and headaches for adjacent mines.

Mintails has followed a strikingly similar pattern. In the Blyvooruitzicht case, two companies, DRDGOLD and Village Main Reef, almost completed a business deal to sell the nearly exhausted mine, and both ultimately walked away, claiming the other carried responsibility.

“That whole area, just like Blyvooruitzicht, will be left like it is,” Liefferink said. While neighbouring mining companies will likely have to pump water from the void in Mintails’s absence, consequences from “the dust fallout and the toxic water in the river systems will be carried by communities and by the municipality.” – oxpeckers.org

Additional reporting by #MineAlert manager Tholakele Nene. Mark Olalde is an Oxpeckers associate and a freelance investigative journalist. Aerial photography was made possible by The Bateleurs

• Use the #MineAlert tool to track and share mining licences, explore threats to water resources, and read more investigations