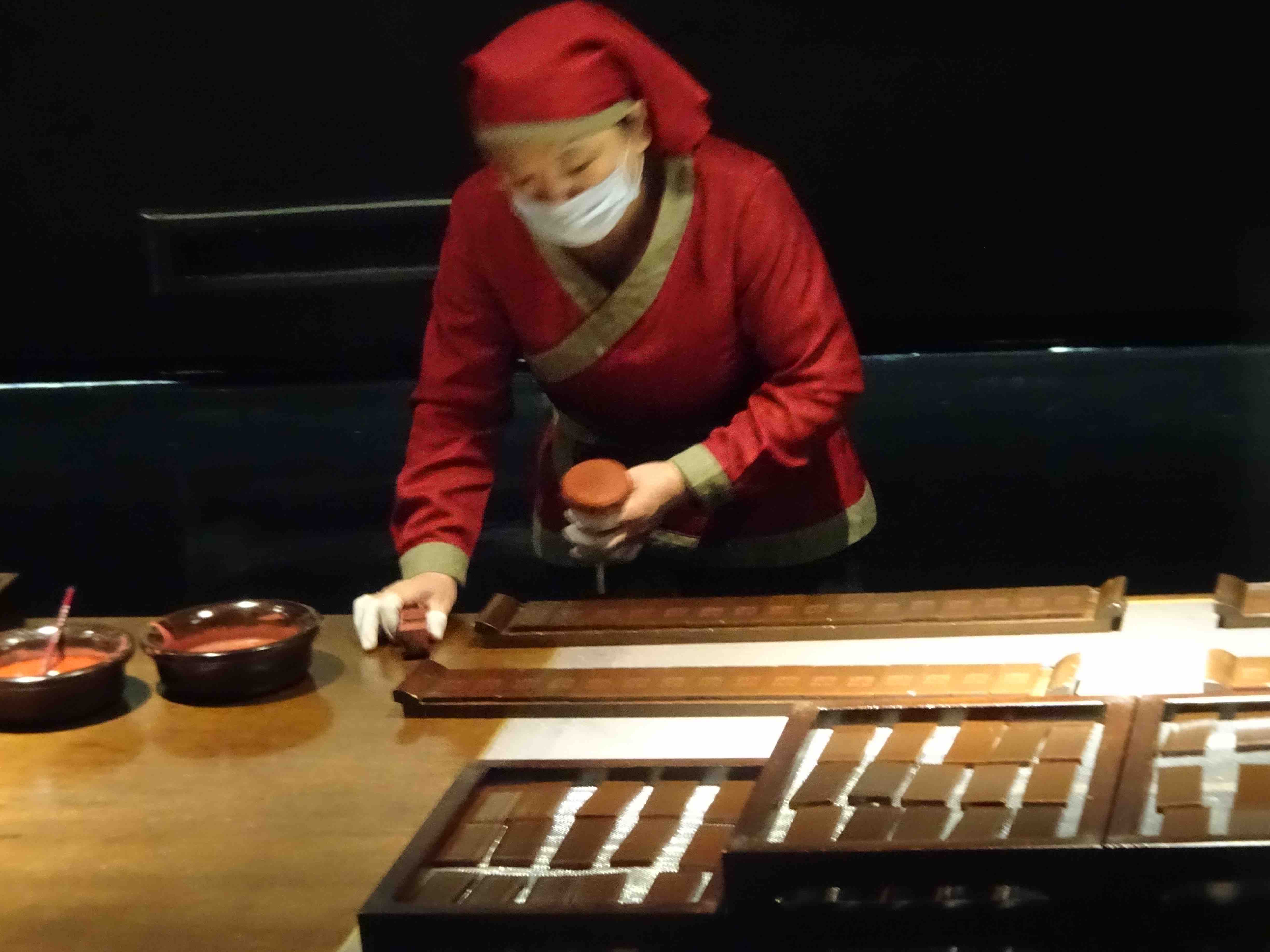 Namibia has given the go-ahead to two donkey abattoirs that plan to export meat to Vietnam and skins to China, but they have met stiff opposition from locals. Investigation by Oscar Nkala

A full council meeting of the Outjo Municipality in northern Namibia was convened on May 15 this year to deliberate whether to award land to a Chinese company with plans to develop a controversial donkey abattoir.

According to its business plan, Fu Hai Trading Enterprises CC envisages employing 170 people in an operation that would export meat to Vietnam, for distribution to military veterans in 13 regions of South-East Asia.

The donkey hides would be exported to China, where they are used to produce gelatin, a key ingredient in the making of a traditional Chinese medicine called ejiao.

The minutes of the council meeting state in the opening paragraph: “Having studied the objections, the council is of the opinion that misleading information was shared with community members about the planned donkey abattoir, which resulted in them signing the objections. Most of the objections are similar, and have been duplicated.”

The Outjo Community Committee had submitted a 10-point petition against the abattoir to the municipality, pointing out the northern region of Namibia does not have enough donkeys to sustain the suggested slaughter rate of 100 animals a day.

Questions raised in the petition included why no local investors were involved in the abattoir venture, and why the council had decided to offer the land to a Chinese company rather than local ones.

“On numerous occasions Outjo has been in the news for being a link in the illegal rhino horn, elephant tusk and pangolin trade. Is this slaughterhouse not a front for other illegal activities? Do we really need a slaughterhouse, run by the Chinese, in Outjo?” the community committee asked.

The petition also raised environmental health fears arising from the lack of a waste disposal plan for the abattoir, its potential water security impacts and possible pollution of the Outjo Aquifer, the only source of water for the town, through seepage of animal waste.

The municipality ruled that residents who opposed the abattoir did so because they had been hoodwinked by “known” people opposed to development of the town.

“It has come to light that there are well-known people in the community who are branding the construction of the donkey abattoir negatively in order to block investment opportunities that would bring employment to the unemployed.

“The aim of such blockage is only known to them. The council therefore resolved to, in principle, approve the construction of a donkey abattoir by the applicant,” reads part of Outjo Municipality Resolution 42 of May 2017.

The resolution gave Fu Hai permission to run the abattoir on Portion 2, Outjo Townlands, for a period of 10 years. Quivertree Consulting is conducting an environmental impact assessment for the project and has invited interested parties to submit all objections by August 31. 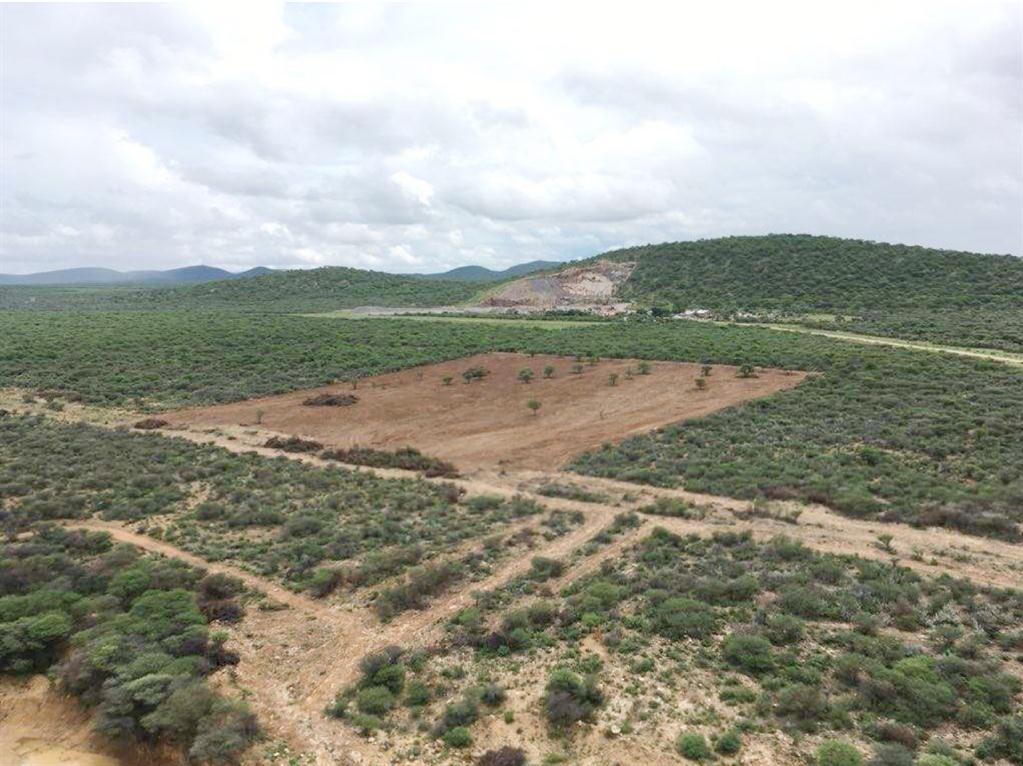 Land has been cleared for the abattoir in Outjo. Interested parties must comment on the environmental impact assessment by August 31

“We expressly asked to attend the meeting where the licence application was to be discussed. We were assured that we would be welcome as the meeting would be open to the public,” she said.

“We called [the council] multiple times to confirm the date, but each time we were told there was no date as yet. We only read in the newspapers that the council met on May 15 and approved the abattoir plan. In doing so, they totally ignored the concerns we submitted for their consideration.”

The residents fear that the abattoir, with a projected daily water consumption rate of 50 cubic metres, may worsen water shortages in a town that has an underground water supply capacity of only 12 cubic metres a day. The slaughter of a single donkey requires up to 2,500 litres of water, according to statistics from the Namibia Abattoirs Association.

Prinsloo said residents also want to know who would be responsible for the daily monitoring of health and meat quality standards if the abattoir goes ahead.

“Who will be responsible for daily abattoir inspections to check for compliance with meat processing standards? Who will monitor animal welfare and the reporting issues likely to arise from the abattoir operation?” she asked.

Of Namibia’s estimated donkey population of 200,000, nearly 30% are working animals and 50% are classified as breeding stock. Abattoir opponents estimate that, with a daily slaughter capacity of 100 donkeys, it could threaten Namibia’s donkey population with extinction within four years.

There is no commercial breeding or farming of donkeys in Namibia. Although the expanding global illegal donkey trade has not yet taken root in Namibia, opponents fear the abattoir could encourage inter-regional cross-border donkey theft and smuggling. 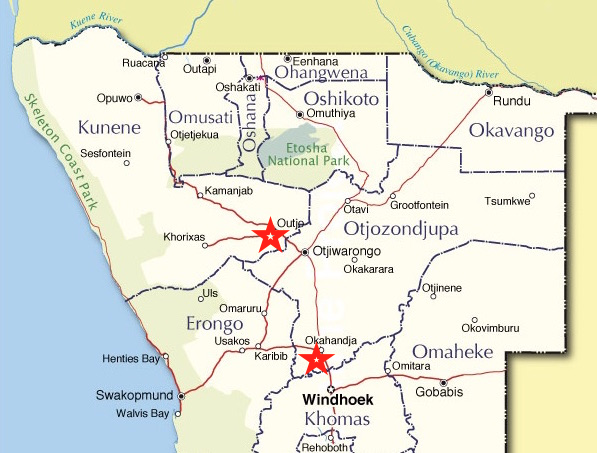 According to a business plan obtained by Oxpeckers, the abattoir in Outjo will be used to develop, produce and promote Fu Hai Trading CC’s donkey meat products in the South-East Asian market.

“These [donkey meat] products have been developed over seven years with a core focus on addressing key customer problems and seizing opportunities. Our long-term business objective is to grow revenue.

“Through a structured customer discovery process, we have validated customer problems so as to supply and deliver our meat products and a quality customer service on time. This is critical for our selected target market of retired military personnel,” reads part of the plan.

The plan was created on the 5-minute Business Plan blog-spot by an employee identified only as “Shane” on September 21 2016. Contradicting the daily slaughter rate of 100 donkeys indicated in the application to Outjo Municipality, the author of the business plan says 120 donkeys would be slaughtered daily.

“Fu Hai Trading Enterprises CC is uniquely positioned to deliver value to retired military personnel. Our abattoir is looking at slaughtering 120 donkeys per day, to supply over 13 regions (of South-East Asia) with our meat products,” it states.

Namibia’s state-owned abattoir operator MeatCo was identified as the main competitor. The plan said Fu Hai Trading would use a “better understanding” of its competitors to refine business strategies and marketing value propositions.

“These include a unique criteria and supply scheme that allows us to over-rate and make our processing fast and efficient,” the plan states. More opportunities are expected from the creation of “a connection chain” to achieve “a better relationship” with the government of Vietnam.

“These strategies are a tactical implementation of our overall business goals. Milestones to be achieved over the next two years include the export of meat across Asia, while expanding exports and opening franchise businesses across the world,” reads the plan.

Attempts to contact “Shane” via the email listed on the blog-spot were unsuccessful, and the company, Fu Hai Trading Enterprises CC, is not listed in the Namibian companies register.

Engineering consultants Burmeister and Partners has been engaged to complete the design of the factory. Animal welfare and meat hygiene issues will be handled by Food Chain Solutions Namibia, a company that develops and plans food safety systems. 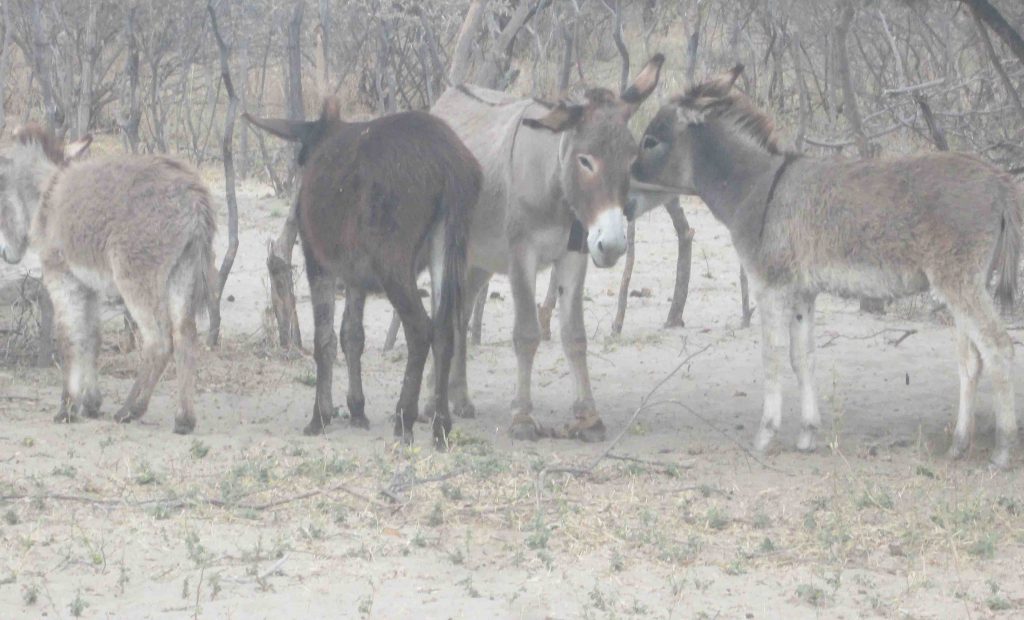 Otjozondjupa has a small donkey population, and opponents fear the abattoir could promote cross-border donkey theft as regional criminal syndicates rise to meet the demand

In the Otjozondjupa region, residents of Okahandja have also opposed plans by the municipality to allocate land for an abattoir that would export donkey meat and hides to China.

In China the skins are stewed to produce a “glue”, called ejiao, that is used for treating conditions ranging from insomnia and dizziness to nose bleeds and dry coughs. It is also believed to be an anti-ageing agent that increases libido while minimising the development of reproductive organ-related diseases among post-menopausal women, according to research published by The Donkey Sanctuary in Under the Skin in January 2017.

“During the past three years The Donkey Sanctuary has become aware of an emerging interest in the use of donkeys as production animals, with the most highly valued products being skins (often referred to as hides), meat and milk. Global demand for diverse products of donkey origin has escalated rapidly, with a particular interest in the premium products resulting from donkey skins,” noted the report.

At Okahandja, Agri-Nature Investments and Trade, a joint venture business partnership of unidentified Chinese and Namibian people, plans to slaughter and process donkey meat and hides for export to China and Hong Kong.

The abattoir will be built on Erf 780, Okahandja Townlands, and operations will start when the company gets an environmental clearance certificate from the Ministry of Environment and Tourism.

Windhoek-based CNM Environmental Services was contracted to do the environmental impact assessment (EIA) and interested parties were invited to make submissions by March 14 2017. The assessment was designed to study waste treatment, handling, management and disposal, among other impacts.

However, the results have not been made public and efforts to track down CNM Environmental Services were unsuccessful at the time of publication.

Muller Theron, chairperson of the Okahandja Residents Association, told Oxpeckers there had been no progress on the development of the abattoir.

“We submitted an opposing petition to the mayor, Councillor Johannes Hindjou, stating why we feel the idea of a donkey abattoir is bad for Okahandja. We asked council to publicise the findings of the EIA study in order for people to make informed opinions, but we have received no response to date,” Theron said.

In their petition, the residents association argued that the abattoir would worsen the abuse of local donkeys, which are already the most neglected among domestic animals, and would risk entrenching poverty if locals trade their most dependable working animals for short-term financial gains.

“Such movements will heighten the risk of slaughter animals bringing diseases into our livestock farming region. Namibia is known for recurrent foot and mouth disease outbreaks. What will happen to the livestock industry if the disease breaks out?

“We also fear that this company will use the legal donkey products trade to hide illegal cargoes, like rhino horns, in their export-bound cargo containers,” Theron said.

He said the council had not consulted the residents when it allocated land to the abattoir. It is not clear when the land was allocated, but mayor Hindjou confirmed in March 2017 that it had been allocated.

“We support the application of the Chinese company. As long as they follow the right procedures, there is nothing wrong with them establishing a donkey abattoir in Okahandja,” Hindjou told The Namibian in March. 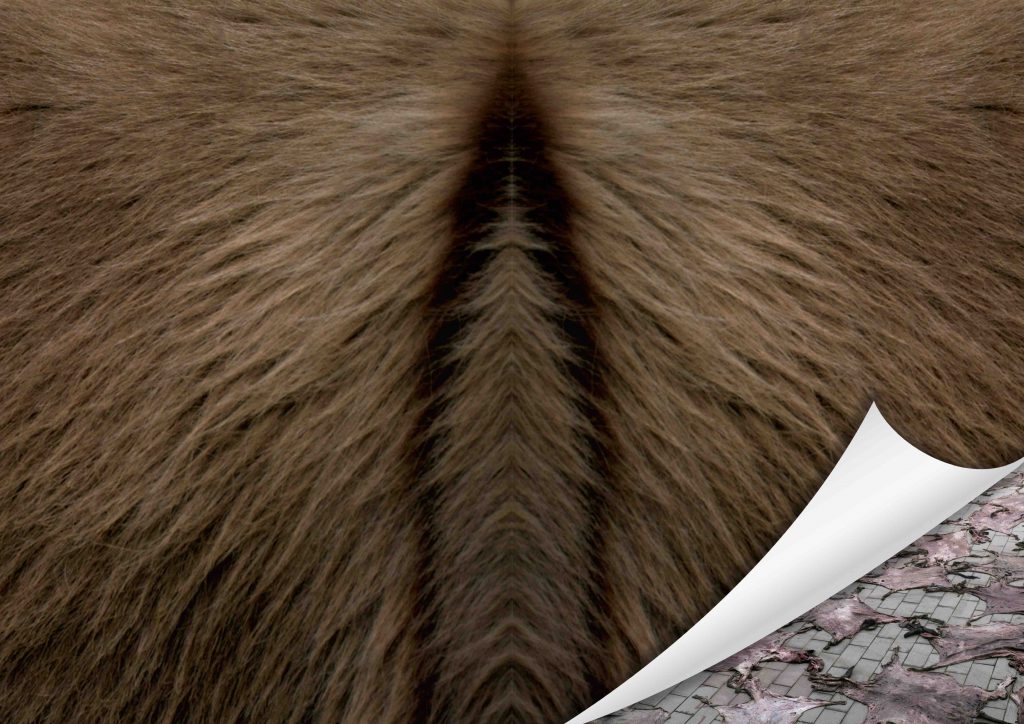 Under the Skin: This series of investigations into Southern Africa’s donkey trade is produced by Oxpeckers Investigative Environmental Journalism in collaboration with The Donkey Sanctuary

Emerging threats to China’s snow leopard population
Business as usual for Hong Kong’s wildlife masterminds
Vietnam: Traffickers versus Covid-19
Vietnam’s wildlife criminals getting off lightly
Calls for a special wildlife crime court in Namibia
How to break the law and get away with it