Why rhinos shiver and shake 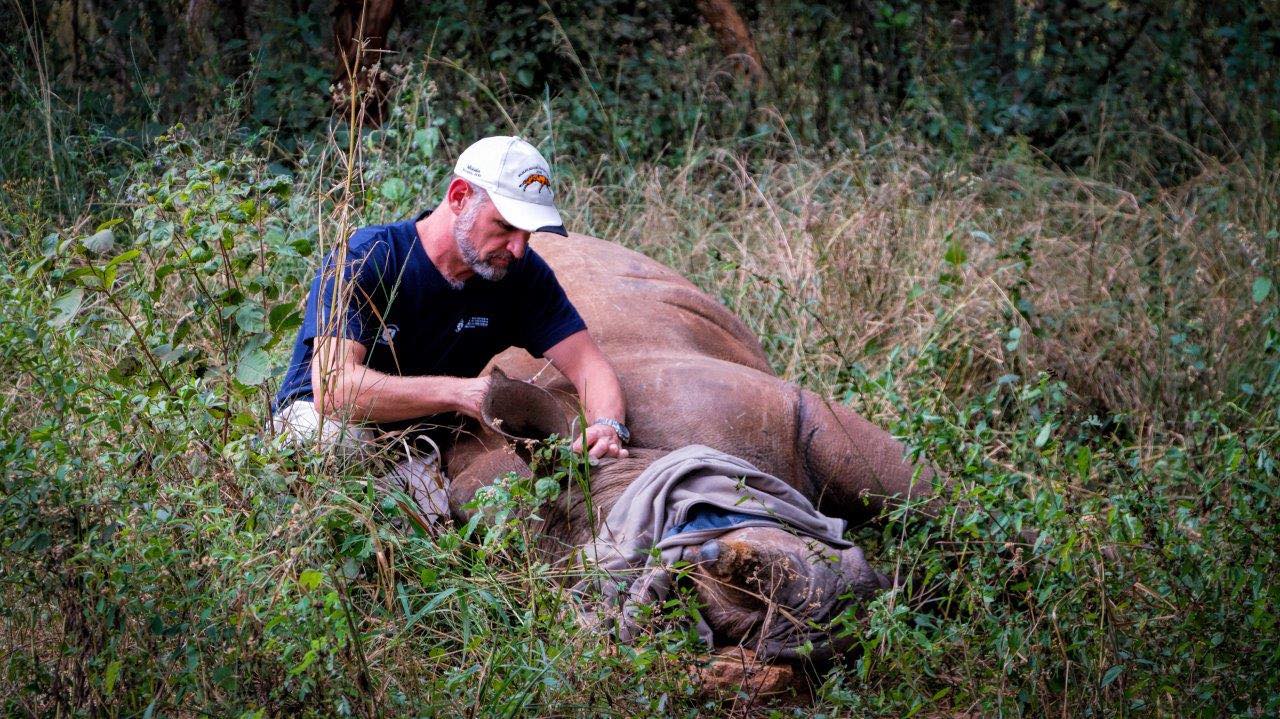 27 Jun Why rhinos shiver and shake

Understanding and dealing with tremors during veterinary treatment is essential to securing the species, reports Louise de Bruin 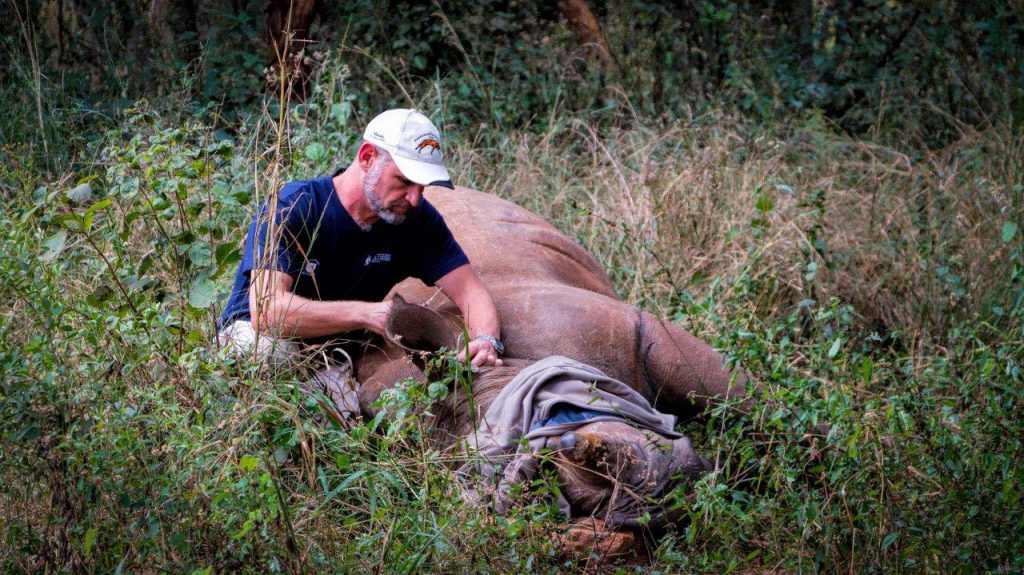 Professor Leith Meyer: ‘We have to do these tests now while we still have many rhinos because if they do get to the stage where they become critically endangered, we may have a very serious problem.’ Photo © workingwithrhinos.org

The number of rhinos poached in South Africa this year had reached at least 483 by the middle of June, Inkatha Freedom Party chief whip Narend Singh recently told the National Assembly.

“With our country still losing three rhinos a day, we dare not cut budgets and think we are winning. Within a few short years, there will be no rhino left unless the government acts across the board,” Singh was reported as saying.

The reality of rhino poaching has made veterinary professionals all too aware of the fragility of the species, and they are more frequently required to work on these animals in an attempt to save the species.

Veterinary intervention ranges from conducting the necessary steps to make translocations possible, to efforts to save an animal that has suffered a poaching attack, to other procedures like dehorning.

Most of these interventions require immobilisation, but the rhinos’ response to anaesthesia has proved to have complications. When immobilised, rhinos – particularly white rhinos – experience tremors that are sometimes so severe the vets find it very difficult to work on the shaking animal.

The cause of these tremors in immobilised rhinos – involuntary, rhythmic muscle movements – was not clear until Professor Leith Meyer and a team from the Faculty of Veterinary Science at the University of Pretoria set out to understand them and investigate whether cardio-respiratory supportive interventions alter their intensity.

The study looked at the possible mechanisms that lead to muscle tremors and physiological responses during immobilisation of eight boma-held and 14 free-living sub adult male white rhinos in the Kruger National Park.

The reason to work with rhinos in both the bomas as well as the free-living scenario was to test whether the interventions that worked best on boma-held rhinos also had similar results in the free-living rhinos. Sub-adults were chosen because at this age the rhinos would not yet have become territorial and removing them temporarily from the wild would not affect social structures.

One of the objectives of the study was to develop a model that graded the severity of the tremors. Shaking was measured on a tremor scale and activity loggers that were able to detect even the slightest movements. Loggers were attached to the shoulder and leg of the animals to monitor tremors and the difference in readings – often the leg logger picked up too much movement that was not always as a result of tremors but just general movement of the leg.

Meyer’s research proved that white rhinos are particularly sensitive to the drugs used during immobilisation. These drugs tend to depress their breathing and also have metabolic effects which cause the sedated animal to burn up oxygen more quickly. Because they are not breathing properly while under the effect of the drugs, they are not able to supplement the deficit.

“Arterial blood that goes to the tissues ends up being very low in oxygen, resulting in the animal becoming severely hypoxic,” explains Meyer.

The immobilisation drugs also cause high levels of carbon dioxide in the blood, which increases acidity levels. During times of hypoxia and acidaemia, the body’s deprivation of oxygen causes it to go into survival mode, releasing stress hormones such as adrenaline into the blood. Just as in the case of humans after getting a big fright, shaking follows.

Meyer attributed the severity of the tremors to the level of stress rhinos are under during the capture process, which often involves being chased by a helicopter, together with the effects of the drugs that cause them to become hypoxic and acidaemic, releasing adrenaline into the blood stream.

The stress from a helicopter chase is also likely to cause the rhino to produce more heat than it dissipates, which can lead to hyperthermia. With the increased heat produced from the shaking muscles from the tremors, hypoxia and acidaemia can become worse, causing severe respiratory and metabolic consequences.

While it is imperative to react to the severity of the tremors, they do serve as a useful tool to monitor how the animal is doing under sedation. Severe tremors serve as a warning sign that something is physiologically wrong, and suggest that the animal is compromised.

Intervention to reduce the intensity of the tremors is necessary, Meyer found. Oxygen levels need to be restored. Carbon dioxide also needs to be expelled from the body to improve the pH level of the animal. The drug butorphanol improves the flow of gases in the blood and is able to reduce the severity of tremors.

“By adding oxygen intranasally, oxygen levels can be brought back to normal, which slows the tremors significantly, even stopping them completely,” Meyer said.

Meyer is continuously trying to understand all possible scenarios to reduce the risks to rhinos when immobilised. He aims to make anaesthesia as safe as possible for rhinos.

“We have to do these tests now while we still have many rhinos because if they do get to the stage where they become critically endangered, if we don’t understand how they react to anaesthesia, we may have a very serious problem,” he said.

Leith Meyer is part of the Department of Paraclinical Sciences in the Faculty of Veterinary Science. This article, by Oxpeckers Associate Louise de Bruin, first appeared on the University of Pretoria website