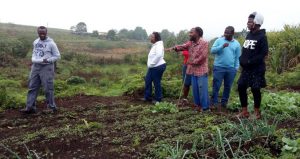 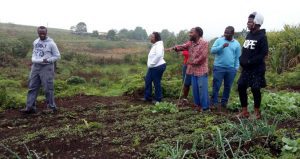 Local farmers in the uMgungundlovu District in KwaZulu-Natal have recently started benefiting from “climate smart” farming techniques as a result of adaptation interventions by the uMngeni Resilience Project.

Working in partnership with the University of KwaZulu-Natal, about 170 small-scale farmers in the Swayimane area reported improved crop yields at the end of the 2016 growing season.  These improved yields are a result of “climate smart” farming techniques such as planting a number of different drought-tolerant crops and vegetables.

The income from sales of the crops will be used to buy seed for the next growing season.  Some farmers have used the additional income to fix fences around their agricultural plots, and even to fix roofs that have been damaged by severe storms that strike the area with increasing frequency and intensity.

In addition to benefiting the farmers, the partnership has provided valuable lessons to the university on traditional crops and drought-tolerant farming methods that could be used in other areas, under the guidance of agricultural extension officers working through the project.

The uMngeni Resilience Project is an Adaptation Fund project which is implemented and governed in partnership with the Department of Environmental Affairs, South African National Biodiversity Institute, uMgungundlovu District Municipality and the University of KwaZulu-Natal. – Mpfunzeni Tshindane  at M.Tshindane@sanbi.org.za