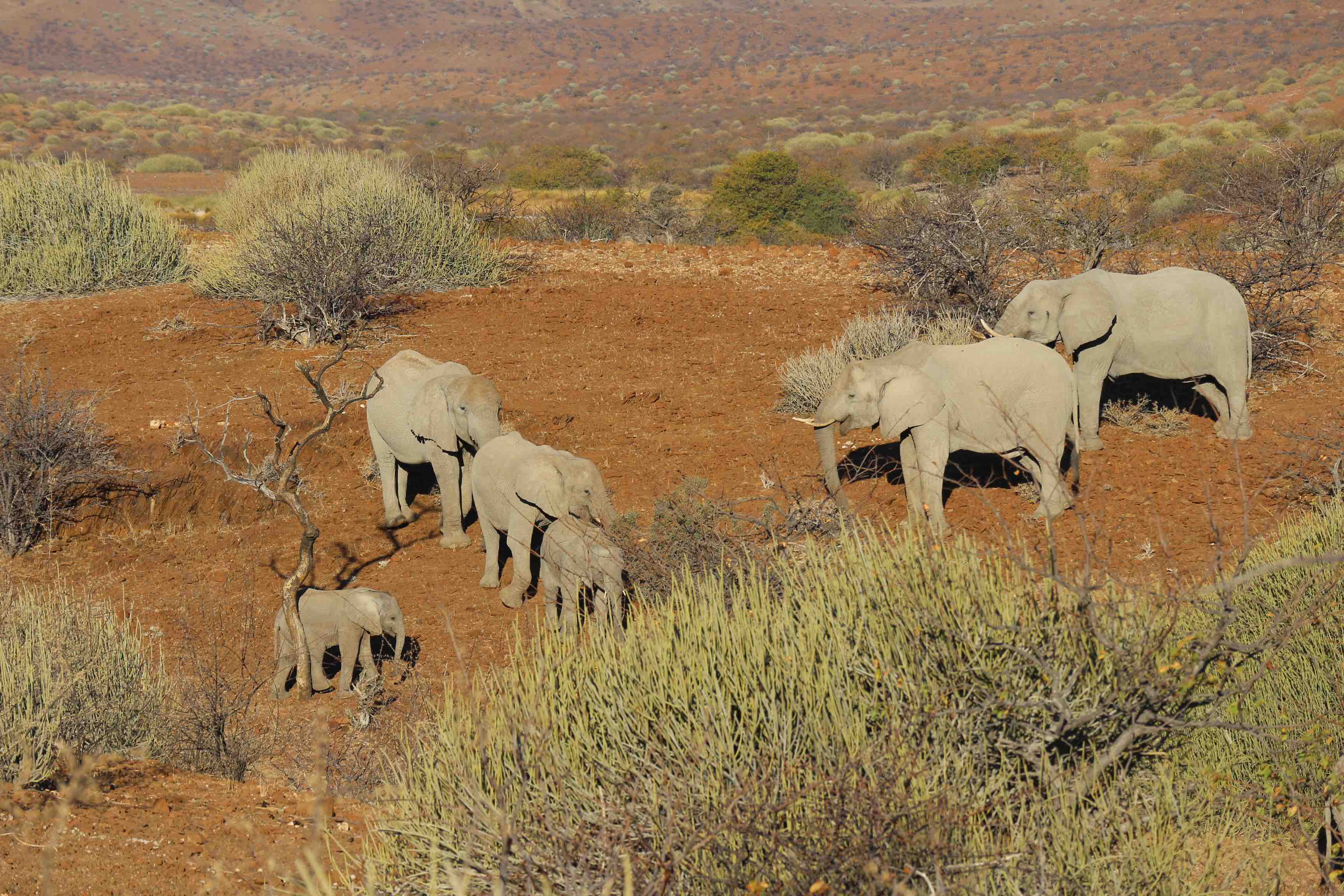 31 May Hands off our elephants, Namibia’s minister warns

Namibia’s environment minister sends out a strong message to farmers illegally killing elephants in the guise of protecting their crops. John Grobler reports

Some individuals were abusing regulations on ‘problem animals’ to justify hunts, and in a recent incident there were signs that attempts had been made to remove the elephant’s tusks, the minister said. Photo: Shi Yi

Incidents involving elephants were reported nearly every day in Western Kavango along the Angolan border, he said. Lions were attacking cattle herds in Kunene that were illegally moved into core conservation areas.

“It is evident that the widespread, serious drought in almost all of Namibia is aggravating the situation,” Shifeta said at a press conference last week.

He warned that his ministry would prosecute those who, in the guise of protecting their crops, illegally shoot elephants – as had recently been the case at an agricultural scheme at Musese, about 60km west of Rundu.

About 100 elephants had recently moved into the relatively sparsely populated border area. In March, the owner of the agricultural scheme, Rundu-based businessman Tulio Perreira, illegally shot an elephant, and recently shot another one, without notifying the authorities, Shifeta said.

Some individuals were abusing regulations on “problem animals” to justify hunts, and in the last incident there were signs that attempts had been made to remove the elephant’s tusks, he said.

“Since he [Perreira] did not have permission to destroy this animal, a case of illegal hunting of a specially protected specie was opened and the case was referred to the prosecutor general,” he said.

Although he did not name Perreira, the businessman was named in local media. Perreira did not respond to requests for comment texted to his cellphone by Oxpeckers.

This elephant movement was also being driven by slash-and-burn Angolan farming communities entering areas that were previously infested with landmines and off-limit as de-mining efforts in south-eastern Angola opened them up.

“We saw the first elephant herds in our area again three years ago – the first time since the early 1990s,” said Charlie Paxton of the Shamvura Lodge, situated across the confluence of the Kavango and Quito River, about 100km east of Rundu.

Forced to live off the land, the late Unita leader Jonas Savimbi’s army decimated resident elephant herds for ivory and used it to pay for arms supplied from China via the former apartheid-era South African Defence Force.

An unknown number of Angolan elephants survived, and appeared to range between the floodplains of central Cuando Cubango and the Zambezi basin in the east.

Shifeta said his ministry had collared one of the elephants around Musese to try to establish the herd’s range areas and origins.

Elephants west of the Etosha National Park occurring in the drier areas in Kunene and Erongo regions were also collared to establish their range areas, he said. This would help head off problems with local communities, whose water installations often suffer damage from thirsty elephants.

Shifeta warned that agricultural schemes such as Musese had a grace period of two months in which to comply with environmental regulations, failing which he would close down any project without environmental clearance certificates down, he said.

Too many people simply saw elephants as a source of lots of meat and easy cash, and then deliberately provoked them in order to create the impression that these were so-called “problem elephants”, he said.

“We had a case where people killed elephants like this in Omusati because they claimed the elephant posed a threat to them,” he said. They were caught in the act of trying to chop out the tusks and were charged with poaching.

“You are not defending yourself if you follow the animal and attack it,” Shifeta said. Such actions amounted to “inciting crime” and would be punished to the full extent of the law, he said.

This also applied to cattle farmers in Kunene who have entered areas set aside for conservation, only to find their cattle attacked by lions.

Part of the problem was that the lion numbers in Kunene were increasing – possibly the only population in Africa to do so outside a conservation area, he said. Cases of lions being poisoned by cattle herders were still under investigation, he said.

The ministry was in the process of re-formulating its lion conservation policies, as current policy only covered lions within the safety of the Etosha National Park’s boundaries, Permanent Secretary of Trade and Industry Dr Malan Lindeque said at the conference.

Shifeta said the ministry had responded by deploying additional staff to the problem areas, but warned problems would persist until the drought eventually broke if and when summer rains arrived in December.