Posted on 8 Oct, 2014 by Oxpeckers Reporters

Several suspects linked to rhino poaching in the Kruger National Park have been arrested in Mozambique in recent weeks. 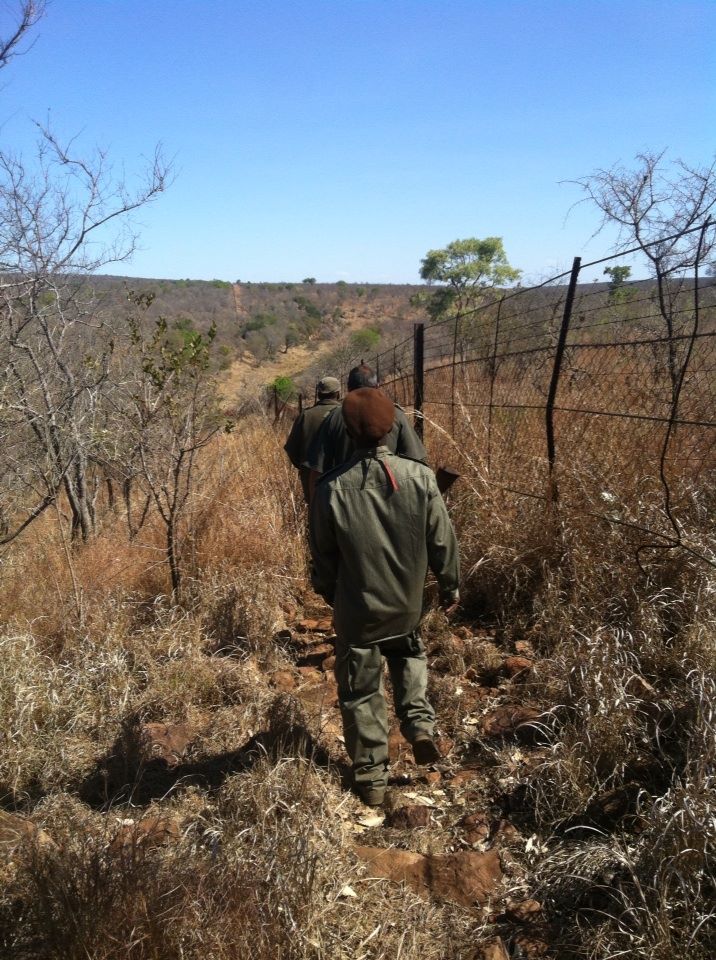 Patrolling the border fence between the Kruger and Mozambique. Photo: International Anti-poaching Foundation

Three suspects were arrested in the Sábiè Game Park, adjoining the south-eastern section of the park which has been hardest hit by poachers.

Oxpeckers reported in October 2013 that rogue South African trophy hunters based in the region were fuelling the cross-border poaching by supplying Mozambican poachers with weapons and helping them to sell the horns illegally.

Sábiè Game Park has since joined forces with the Peace Parks Foundation and several private reserves in the border zone to set up a special anti-poaching unit.

On September 25 the unit caught three suspects with an old .375 hunting rifle, fitted with a silencer, and an axe.

The suspects – Abel Mahlovu, a resident of Corumana who is the alleged shooter, Ramuz Haisa of Sabie town, and Lucky Novungo of Baptine – were handed to the Mozambican authorities.

According to Sábiè Game Park’s Carina Timcke, the three had asked a local sangoma to provide them with muti to protect them from attacks by wild animals.

“The sangoma then demands a percentage of the rhino horn payment,” Timcke told Lowvelder newspaper.

The leg of a rhino confiscated by Mozambican police. Photo: O Pais

On Sunday October 5, police in Magude – a village situated between the Kruger border and Maputo – arrested five men in possession of a frozen rhino leg.

The group consisted of four young Mozambicans and a South African who apparently wanted to buy the leg. They were named as Mulhui Matthew (35), a healer, Manuel Sambo (25), Manjate Francisco (24), David Good (31) and Tommy Naudé.

According to O Pais news, the leg had been kept for a week in a freezer in the home of Sambo while waiting for the arrival of the buyer from South Africa. Police presumed the animal had been recently killed in the Kruger park.

O Pais reported the alleged poaching network insisted on their innocence, saying they were ordered to deliver a parcel but were unaware of its content.

Naudé said he had gone to Mozambique at the invitation of the four young people to pursue business opportunities, who then showed him the leg. He denied any intention to buy it.

The police said they had being looking for the group for a while in connection with poaching allegations.