Posted on 8 Sep, 2014 by Oxpeckers Reporters 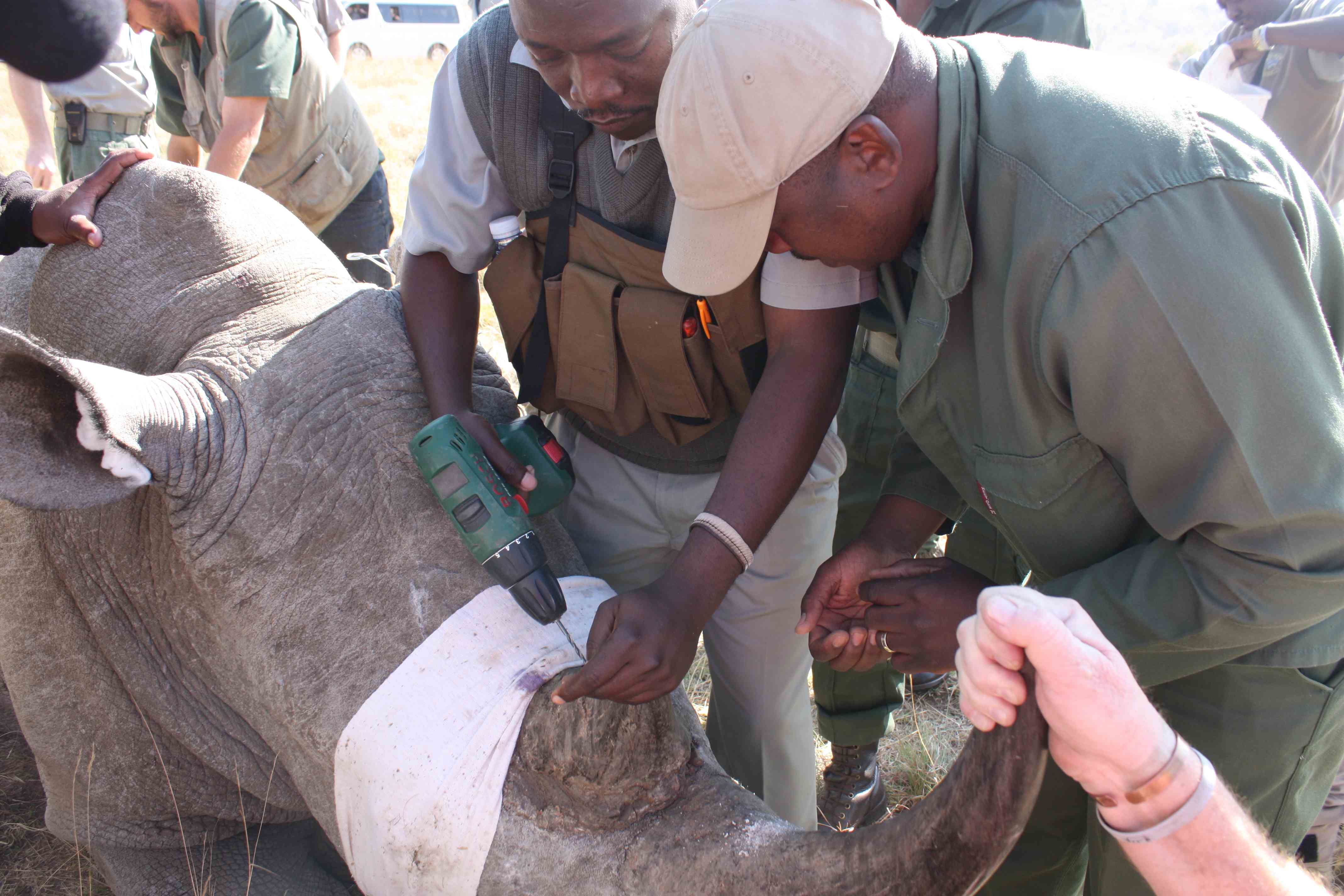 Less than 0,1mg of horn is enough to link poachers back to the scene of the crime

In one of the earliest successful prosecutions of a rhino horn smuggler in South Africa, DNA profiling helped to secure the conviction of a Vietnamese trafficker.

Xuan Hoang was sentenced to 10 years in prison in the Kempton Park Magistrate’s Court in June 2010. He had been caught trying to smuggle almost R900 000 worth of rhino horns out of South Africa.

The DNA of two of the seven horns found in his possession at the OR Tambo International Airport matched up to rhino carcasses killed just days earlier.

DNA profiling has served well in getting poachers and rhino horn smugglers harsh prison sentences – as opposed to fines and suspended sentences.

In 2009, when the current spate of rhino poaching started taking off, the Veterinary Genetics Laboratory at the University of Pretoria’s Veterinary Faculties established a method to obtain a DNA profile from rhino horns.

Dr Cindy Harper, director of the laboratory, worked with investigators from the Kruger National Park and the South African Police Forensic Science Laboratory.

She set up a unique DNA profiling database of individual rhinos, named the Rhino DNA Index System – or RhODIS®. The name was derived from CODIS, the human DNA database run by the FBI.

RhODIS® contains DNA profiles and samples of living and poached rhinos, as well as stockpiled horns. It is used to trace recovered rhino horns and other evidence back to specific poached animals.

Less than 0,1mg of horn is sufficient to provide the trace evidence needed to link poachers back to the scene of the crime. 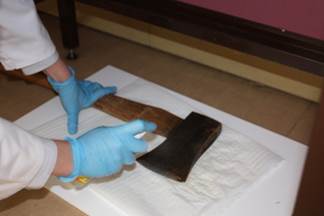 Tracking DNA on one of the tools of the poachers’ trade, an axe

In 2011, for instance, two Mozambican poachers were jailed after police were able to link the horns seized from them to the DNA of carcasses in the Kruger National Park.

Frans Makamu and Solomon Makhabo were convicted of trespassing, illegal hunting of rhinos and unlawful possession of firearms and ammunition. They were sentenced to 11 years and five years respectively.

DNA profiling also helped to secure 29-year jail terms for Ali Nkuna and Gerson Cosa in 2012. They were charged on seven different counts after being caught in the Kruger for shooting a rhino cow and her calf.

The Department of Environmental Affairs amended legislation, making it mandatory for samples to be collected from all poached rhinos and other rhinos that are immobilised or die.

All the information is stored on the RhODIS® database, and training on procedures is provided to police investigators, prosecutors, veterinarians and wildlife officials.

The database contains DNA profiles and samples of rhinos not only from South Africa, but other African countries including Namibia, Malawi and Kenya.

During a recent trip to India, Harper initiated moves to include that country’s greater one-horned rhinos on the database.

“There is value in having all rhinos across the world on one database because horns from all over ultimately end up in the same consumer countries,” she said.

RhODIS® has been recognised by the Convention on International Trade in Endangered Species (Cites) for its role in assisting with tracking wildlife products and prosecuting international wildlife criminals.