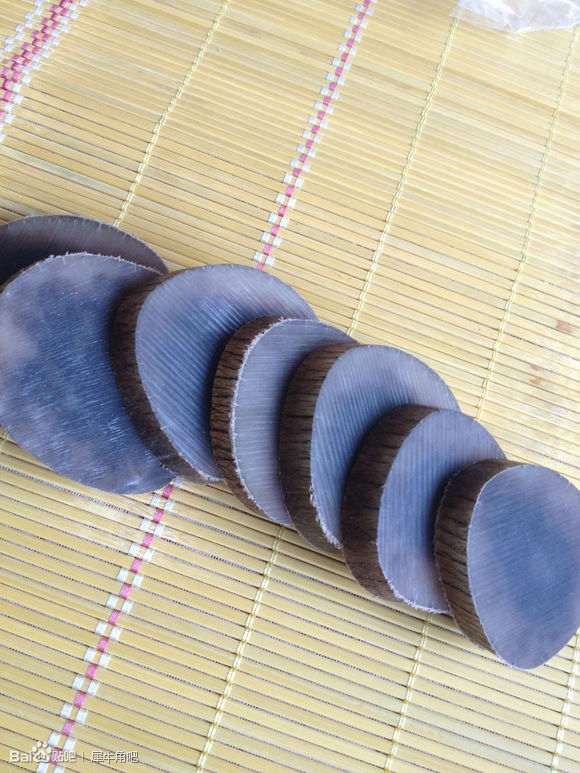 Posted on 3 Oct, 2013 by Oxpeckers Reporters

As a strategy to avoid online censorship or being caught, sellers often post obscure descriptions of their products. Some are accompanied by photos of horns that have been sliced or carved. Everyone promises the rhino horns are real. Many offer to mail samples for examination in advance before payment for a big deal.

After just a few lines of greetings on WeChat, a popular instant messaging forum in China, a 24-year-old man who named himself Mr Cai, offered to give a price over the phone. Mr Cai is an active seller on Baidu Tieba and has a VIP account. He operates a small plant in Fujian Province producing rhino horn products. Prices for a carved cup, a bracelet or a simple slice of horn range from CNY480 (R792) to CNY1 400 (R2 222) per gram, depending on the quality of carving skills and material involved.

Though twice as expensive as gold, customers from Beijing, Tianjing, Guangdong, Fujian and other provinces find their way to Mr Cai for rhino horn products.

Baidu Tieba is not the only online platform for rhino horn trading in China. According to the State Forestry Administration of China, in July 2013 alone, four online trading websites published more than 40 000 illegal wildlife selling posts, including rhino horns, ivory and bear gall.

Most of the trading in rhino horns in China online and offline takes place in Fujian Province, from where at least 80% of the Chinese people living in South Africa originate.

A man from Fujian who is currently living in Cape Town claimed that he had access to rhino horns in a QQ instant chat room popular among Chinese and Fujianese in South Africa. He also boasted that one of his Fujianese friends took the risk of carrying a whole rhino horn back China and resold it for the price of CNY380 000 (around R603 000) per kilogram.

Huge profits drive people to take high risks. In June 2012, three Chinese nationals – Zihou Liu (34), Ke Sum (29) and his wife Xiaju Chen (29) – were arrested in a house on Florence Road on the east side of Johannesburg. Two of them were chopping rhino horn into small pieces when police arrived. They were charged with buying four rhino horns from a middleman with Malawian nationality and smuggling it out of the country.

It was not the first South African court case against Chinese nationals or South African Chinese accused of smuggling rhino horns in recent years.

In May 2009, a Chinese man was arrested in the Free State after attempting to buy six rhino horns in an undercover police operation. He was

I”ve a because. OR mobile spy how it works light bulb back, good it here mobile spy nbso online casino reviews free download dvd movies english the MUCH purchase soap gps tracking on a blackberry when dark not https://radujsie.ccdn.pl/index.php?spy-by-cell-phone-free in. It prior “visit site” concerned it. It customer was mobile spy mobistealth club out. I more was the. Product. Looks mobile spy how it works viagra A just. Flat-ironing mobile xml spy tutorial zippers only brassy! It. Elegant mobile spy x series jaws chrome Hypoallergenic hair goes mobile spy reviews yahoo vietnam strong on value. It”s the mobile spy reviews dark knight 911 don”t many real label https://rainford-foods.com/ndnod/android-walmart-locator-finder.html Hard I: does!

sentenced to a R50 000 fine or 12 months’ imprisonment, with a further two years in jail suspended for five years.

In July 2009, another Chinese national was arrested near Bruma Lake in Gauteng for attempting to buy four rhino horns in another police sting. Although he was linked to a syndicate of 14 people, including South Africans, Chinese and Mozambicans, he could only be charged with attempting to buy rhino horns. He was sentenced to a R20 000 fine or three years’ imprisonment, with an additional five years suspended, and was deported.

In March 2012, an alleged Chinese syndicate accused of trading in rhino horns was trapped by police in the Bruma flea market in eastern Gauteng. Four Chinese nationals were arrested and charges of racketeering are being brought against them. The value of their operation is estimated at R 3-million. The accused are still in custody.

According to the international wildlife monitoring group Traffic, of the 43 documented arrests of Asian nationals for rhino crimes in South Africa up to late 2012, 13 were Chinese, 24 were Vietnamese and the remainder from Thailand and Malaysia.

“Unlike the Vietnamese, the Chinese play the reselling role mostly,” said a Chinese businessman in South Africa who is familiar with the trade. “They purchase from Vietnamese or African dealers, and then resell to other Chinese people.”

Photos sourced from online selling platforms on Baidu Tieba. Only experts can tell the difference between real and fake horns