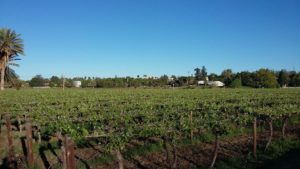 Posted at 10:24h in Adaptation, ClimaTracker Investigations by Oxpeckers Reporters 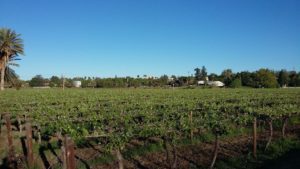 Vineyards could be affected by erratic weather. Since the grapes play an important part of the Mgcawu district municipality’s income, this could mean dire consequences for the municipality

The Local Government Climate Change Support Programme, aimed at providing South African municipalities with support to develop climate change vulnerability assessments and response plans, is being rolled out across the country.

The programme is an initiative of the Department of Environmental Affairs and the Deutsche Gesellschaft fur Internationale Zusammenarbeit (GIZ), and aims to provide stakeholders with information and tools to respond to climate change at local level.

The first phase of the initiative has been rolled out in district municipalities in Mpumalanga, Limpopo and North West provinces. This phase included stakeholder consultations undertaken through workshops, as well as the introduction of the Let’s Respond toolkit, aimed at incorporating climate change risks and opportunities into municipal planning.

The stakeholder consultation process resulted in a group of draft climate change response plans for each of the first phase districts.

These downloadable draft plans are now available for comment. The deadline for comments is October 7 2016.

The second phase of the programme is taking in the Northern Cape, Free State and Gauteng, where similar workshops have been held and stakeholders were introduced to the Let’s Respond toolkit.

Derek Morgan, representative of one of the companies assisting the department in rolling out the programme, said it is essential for local communities to take part in climate change discussions.

“The more voices that give their view, the more ideas are shared.” When people are a part of decision-making there is “broader buy-in” and they take ownership of the projects, Morgan said.

To take part in the second phase of the provincial stakeholder consultations,  visit Let’sRespond to see dates of the workshops.